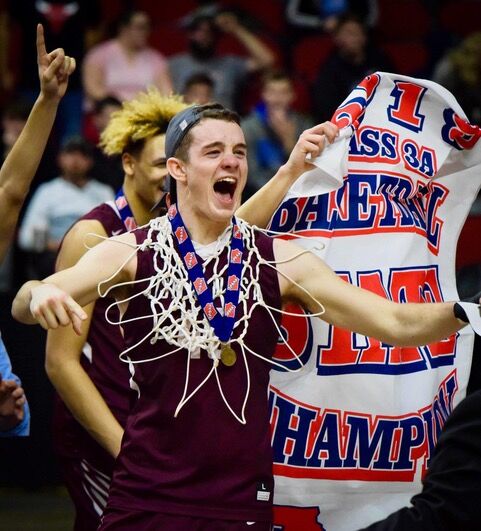 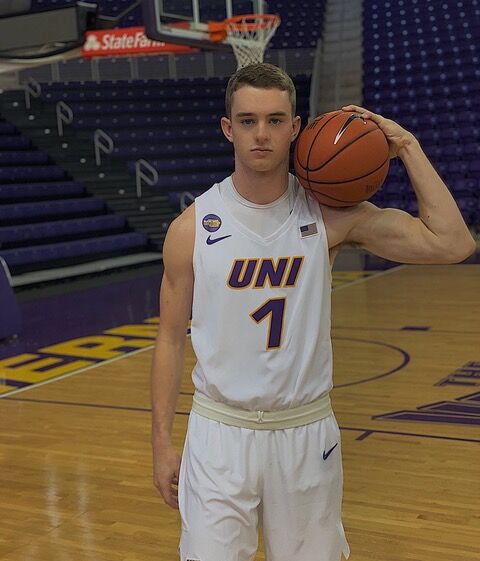 Cole Henry suiting up for UNI.

Cole Henry suiting up for UNI.

OSKALOOSA — This week the Herald catches up with Cole Henry, who is now a student athlete at the University of Northern Iowa. Henry graduated from Oskaloosa in 2019 and is super excited to begin his second year of college.

Henry plays basketball for the UNI Panthers. UNI is located in Cedar Falls, roughly two hours north of Oskaloosa. UNI is a Division I school that competes in the Missouri Valley Conference.

When asked why he chose UNI, it was pretty straight forward. It was a dream come true for Henry.

“Northern Iowa was my dream school growing up in small town Iowa, so when I received a scholarship from here, I could not turn it down,” Henry said.

In high school, Henry played football and basketball for the Indians.

Why did he choose to play basketball in college?

“From the day I was born, I have been around college basketball due to my dad coaching at William Penn. So my entire life I’ve always wanted to play basketball in college,” Henry said.

Henry’s dad, John Henry, has been the head coach at William Penn University for 19 years and has over 400 wins.

Henry said his first year at UNI was amazing.

“I redshirted for basketball which gave me a full year of development to prepare mentally and physically to play basketball for the Panthers,” he said. “Redshirting isn’t always the most fun deal in the world; however, it has made me prepared for my future here at UNI.”

Since he redshirted, it extended his period of playing eligibility by a further year.

A typical day in season for Henry is very busy.

First thing in the morning, he wakes up at 5 a.m. and eats breakfast before his 6 a.m. workouts. After his workouts, he starts his treatments around 8 a.m. before he has to head to his first class at 10 a.m. He then said that classes and lunch all happens between 10-1 p.m. Around 2 p.m. he would get some more food to fuel him before practice. Then he heads to practice which happens from 3-6 p.m. with treatments to follow. After that, he would head back to his dorm room to do homework and relax before the start of the next day.

“With all that being said, I wouldn't trade my days like these ones for anything,” Henry said.

In high school, Henry played power forward and sometimes point forward. In college he believes his position hasn't changed much from that, but time will tell. In high school he wore #40 for the Indians, and in college he wears #1 for the Panthers.

“Number 40, and Number 8 will always have a special place in my heart due to playing for the Indians,” he said.

The Panthers had a great year last year going 25-6.

“In the one year I've been at UNI, we have beaten nationally ranked teams and won a conference title. It was a great year of learning and development,” Henry said.

He said the difference between playing high school basketball compared to college basketball is the speed of the game.

“Everything happens so much faster and it can be hard to adjust. Mentally you have to make decisions much quicker than you normally would,” he said.

His advice to younger kids who want to play a sport in college was, “Go make it happen,” he said.

“It all starts with a dream. I truly believe that hard work, perseverance, and patience will get you anything you've ever wanted,” he added.

“We had hopes of getting an automatic bid in the NCAA tournament, but those hopes were stripped away from us after the tournament was canceled and we were sent home,” he said.

Henry is currently undecided of what he is wanting to major in but is thinking about marketing, or something along the business route. His plan for the future at UNI is to help his team win for many years to come.

“I want UNI to be a feared basketball team, and I cannot wait for the future,” he said.