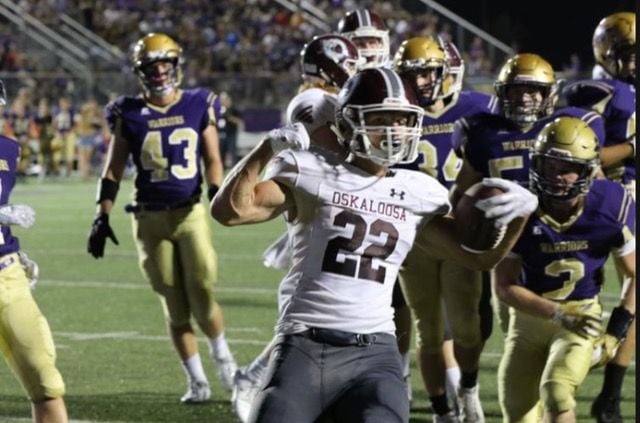 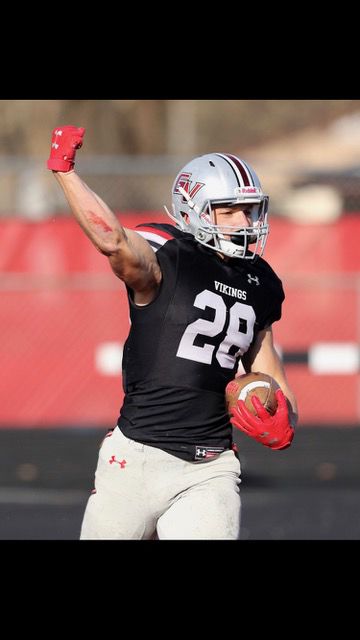 OSKALOOSA — The Herald catches up with Casey Hill who graduated from Oskaloosa High School in 2019 and has finished his first year of college.

Hill plays football at Grand View University in Des Moines, Iowa. Grand View’s athletic teams are nicknamed the Vikings. They are a member of the National Association of Intercollegiate Athletics (NAIA) and compete in the Heart of America Athletic Conference.

He decided to play football in college because of his love for the game.

“I loved playing in high school and I wanted to compete at the next level and especially at a high level here at GV,” Hill said.

“Academically I finished on the dean’s list first semester and then the presidents list second semester. I also met a ton of awesome and fun people as well,” he said. “For football we had an incredible season going 13-1, only losing in the semi-finals of nationals against Morningside. I was able to start special teams all year and even got in the game at running back a couple of times,” he said.

The Vikings had an incredible season last year going 13-1, winning the Heart of America Athletic Conference. Their only loss was to Morningside in the semifinals losing 21-16. Morningside ended up winning the National Championship. The Vikings ended the season ranked third.

Hill said the difference between playing a high school sport compared to a college sport is the intensity.

“Everything is played at max speed, strength and skill. Every single rep in practice is a game-like rep or you won’t be playing on Saturday, that’s how competitive and intense it is,” he said. “Everyone is bigger, faster, and stronger as well.”

Hill’s favorite memory in high school was beating Pella his senior year 36-35 and securing the district championship, then making it to the state playoffs for the third year in a row.

“Not only beating them 36-35 being my favorite memory as a team, personally I also had my best game statistically with five touchdowns and a kick return being one of them,” He said.

When asked what advice he would give to the younger kids who want to play a sport in college, Hill said, “If you want to play at the next level find something that motivates you to be your best and set goals. Write down your goals and cross them off once they happen so you keep striving to be better. An example of that would be, max bench at 315 by end of summer,” he said.

“Be the guy everyone doesn't like because you outwork them every play and every rep, the guy that never stops going until the whistle blows and gives 100% every single play and rep. You never know when it could be your last,” he said. “I would also just say to never lose sight of why you play. You should be having fun and enjoying what you are doing, not making it a job.”

Covid-19 impacted Hill’s freshman year of college because they had to leave campus early and finish their schooling online. It also happened two weeks into their spring ball practices so they couldn’t finish training or have their spring ball game.

Hill is majoring in Nursing. His future plans are to graduate at Grand View with his BSN and then specialize in anesthetics a couple years after he graduates.

“I also plan to continue playing football all four years while maintaining my studies,” said Hill.