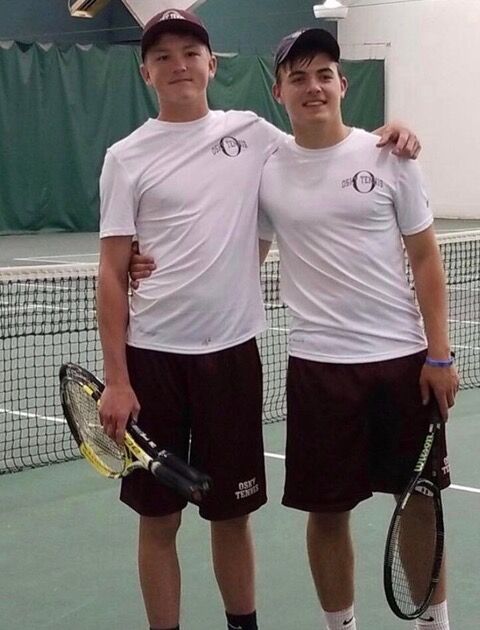 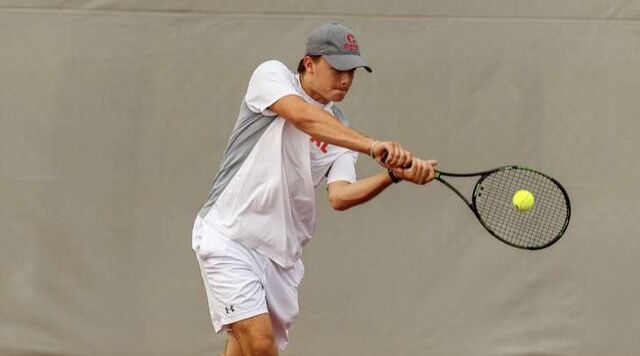 Snakenberg playing in college for the Central Dutch.

Snakenberg playing in college for the Central Dutch.

OSKALOOSA — The Herald catches up with Cade Snakenberg, who graduated from Oskaloosa High School in 2019 and is about to start up his second year of college.

When asked why he chose Central College, Snakenberg said, “The sense of community and atmosphere that you get at Central made me want to go there.”

In high school, Snakenberg played football and tennis. He chose to play tennis in college because of how fun the game is and to continue to grow in the sport.

“Tennis is a sport where I wake up every day wanting to play the game because of how fun it is. I wanted to play tennis in college so I could continue to learn and expand in the sport,” Snakenberg said.

Snakenberg said his first year of college was amazing.

“Central did an excellent job transitioning me into college. I also made some great new friends from all over the country,” Snakenberg said.

Snakenberg had a fantastic year in the classroom being named to the Central College Dean’s List.

Athletic wise, he said both himself and the team accomplished a lot this past year.

“My individual game improved astronomically in every phase. I developed a more consistent serve and added a lot more power to my forehand and backhand,” Snakenberg said. “Our team accomplished improving our doubles matches.”

Snakenberg said he found out early how much more intense college tennis is compared to high school tennis.

When asked what his favorite memories are from playing tennis, he didn’t even know where to begin.

“I have so many favorite memories from playing tennis and that's honestly why I enjoy the sport so much,” he said. “Qualifying for the State Tennis Tournament with my doubles partner Colton Stout in our senior year has to be at the top of my favorite high school memories, along with playing in the tournament.”

His favorite memory in college so far is winning his first singles match against St. Ambrose.

“I ended up winning the match in the third set tie-breaker. This win also won the meet for Central 4-3, and I had a left leg cramp for a majority of the match,” he said.

Snakenberg gave some advice to younger kids that are wanting to play sports in college.

“To all the little kids wanting to play sports in college, my advice would be to find a routine to balance all your schoolwork, sport commitments, and social life. College is not easy and adding a sport on the schedule makes it even harder,” he said. “I was lucky enough to figure out a system of living to balance my academic's and athletic commitments.”

“Fortunate for me our tennis season began immediately after winter break. We were able to practice for two whole months and have seven meets during those months,” he said.

Snakenberg is majoring in finance. His future plans are to graduate in three years and become a financial advisor.