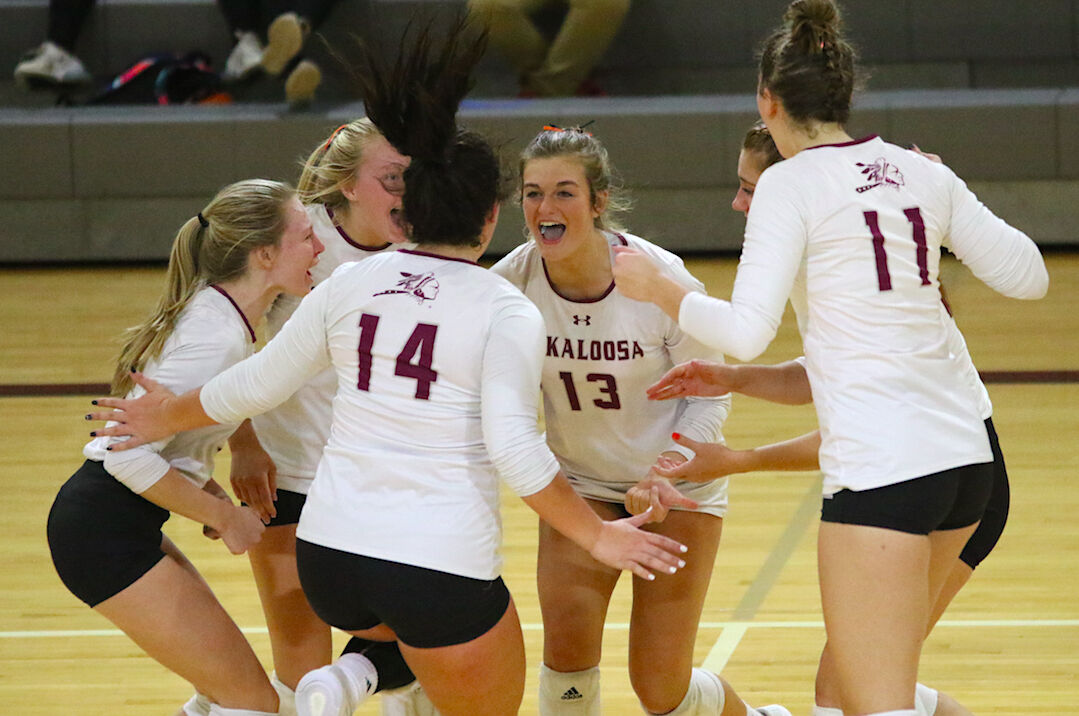 The Oskaloosa Indians celebrate completing their comeback against Pella Christian. 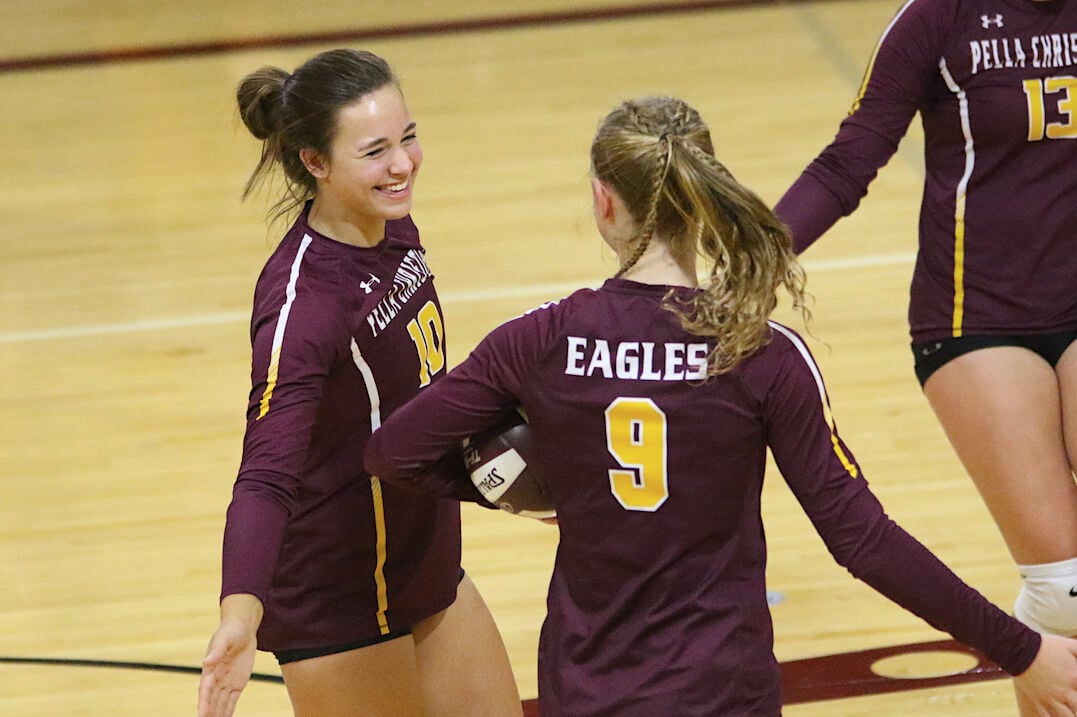 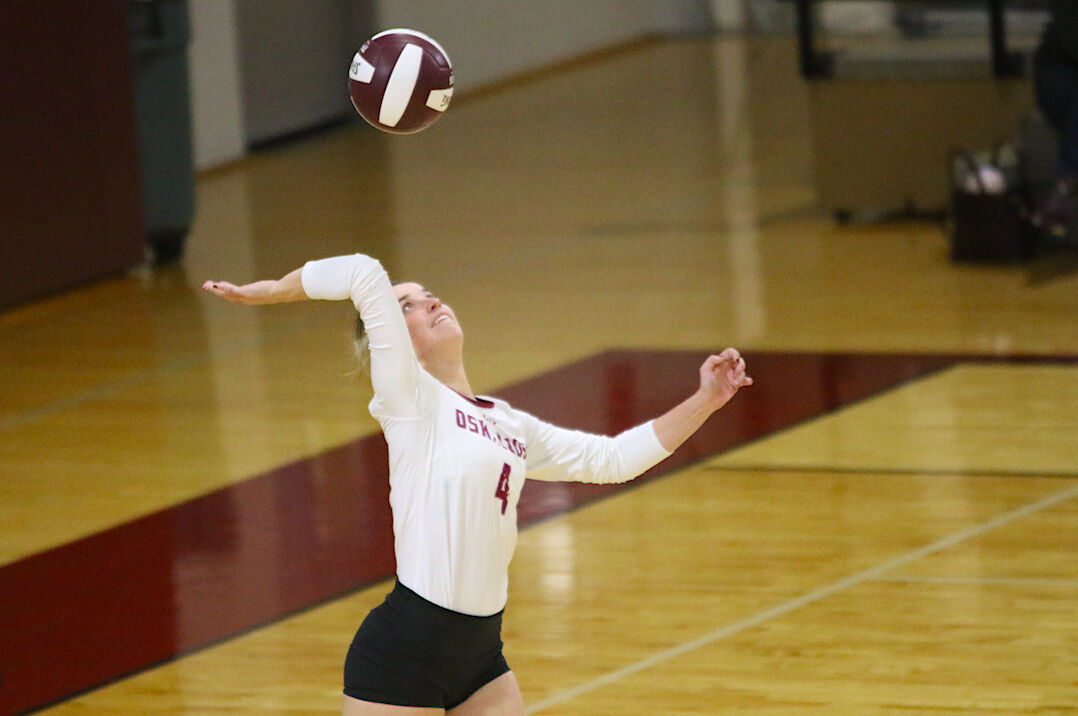 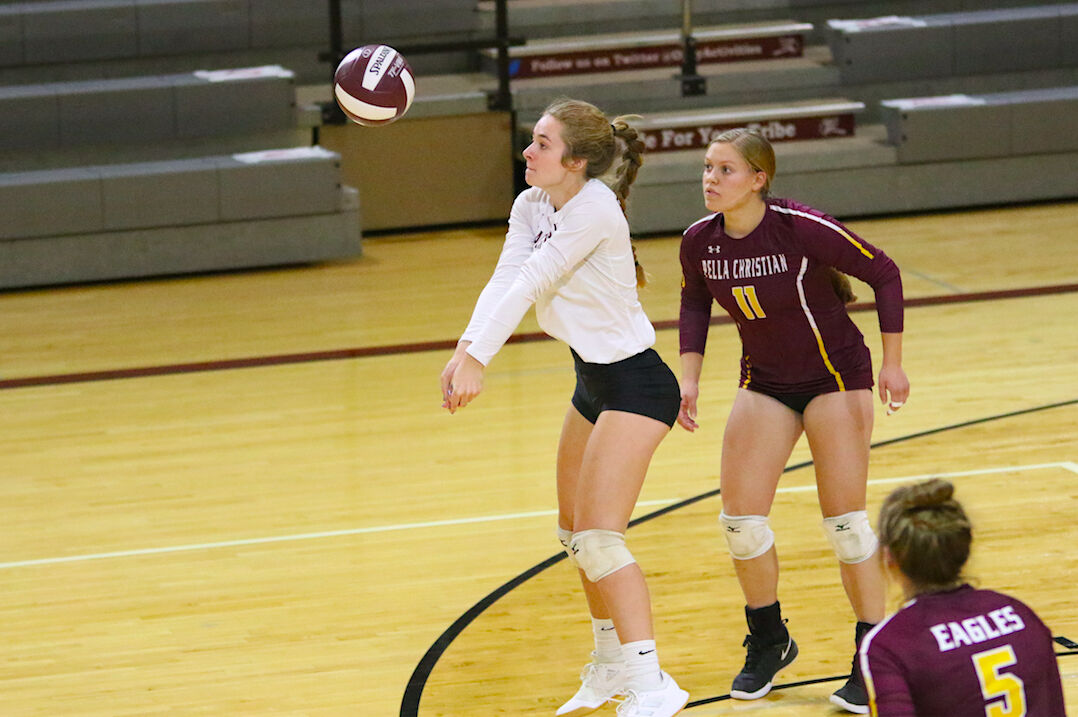 The Oskaloosa Indians celebrate completing their comeback against Pella Christian.

The Eagles came out with good energy in the first set and were able to take advantage of a handful of Indian mistakes. Sarah Gritters was making an impact on the offensive end not only getting kills but setting up her teammates as well. She finished with 15 kills, 22 assists, nine digs and three blocks.

Osky would hang around but Pella Christian would claim the first set 25-22.

It was much of the same in the second set as the Indians didn’t seem to have their energy just yet. On the other side of the court, the Eagles were dominating play at the net as they racked up 23 blocks on the night. Leading the charge in that category was Trinity Vos, who was a brick wall up front with 10 blocks of her own to go with six kills.

After going down early, Oskaloosa made a good run late before a nice cross court pass from Avey Amelse found Gritters for the set-winning kill as the Eagles took it 25-21. Amelse also had a nice evening with 17 kills, 14 assists, 10 digs and three blocks.

With their backs against the wall, Oskaloosa wasn’t going to go down easy on their home court. They came out hungry in the third set and found their energy and offensive rhythm. Faith DeRonde and Maleah Walker got going and they were able to shift nicely between power and tips over PC’s blockers to score.

That momentum carried over to the fourth set but PC remained tight as Osky held a lat 19-16 lead. The Indians would close out strong again, using a couple of DeRonde aces in a 6-1 run to take the fourth set 25-17 and force a decisive fifth set.

The two went back and forth with PC picking up a couple more blocks while Osky got kills from DeRonde. The two were tied at eight before a quick 3-0 run gave the Indians an 11-8 advantage.

That little run was key as DeRonde would get her deflected at the net and it would fall just behind the PC blockers for the final kill, giving the fifth set to Oskaloosa 15-13 and completing the comeback.

"Both teams were not playing with their typical line-ups, so it was a testament of true competitiveness on both sides of the net," Oskaloosa head coach Jennifer Comfort said. "Ultimately, it came down to execution under pressure and we answered the call with a big team win."