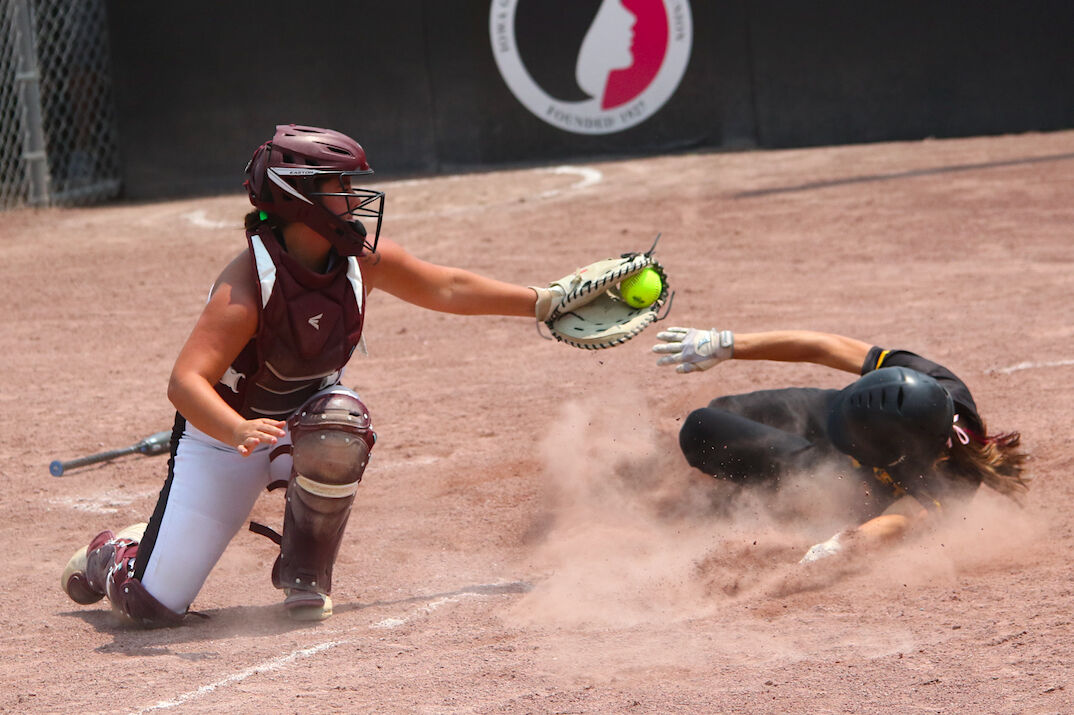 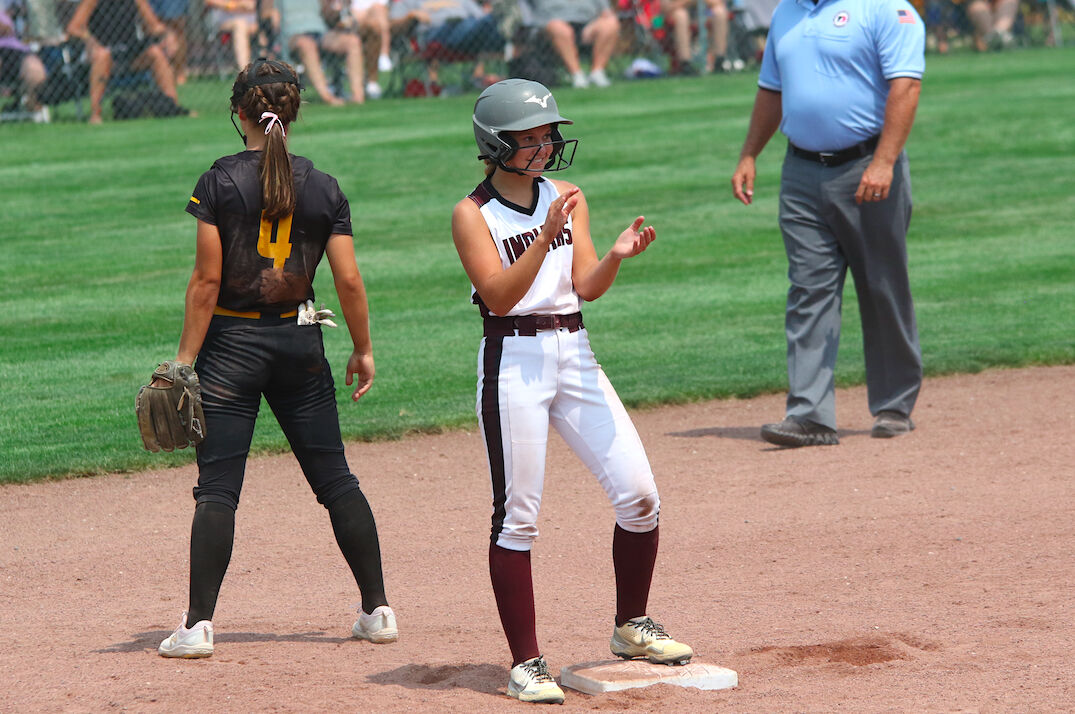 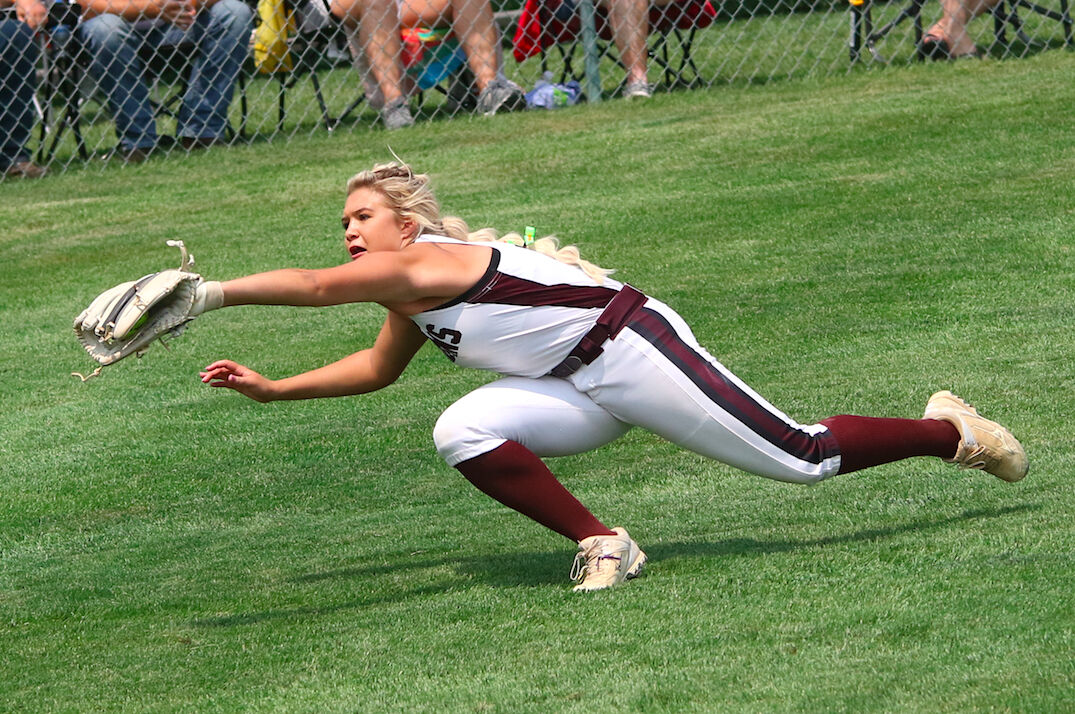 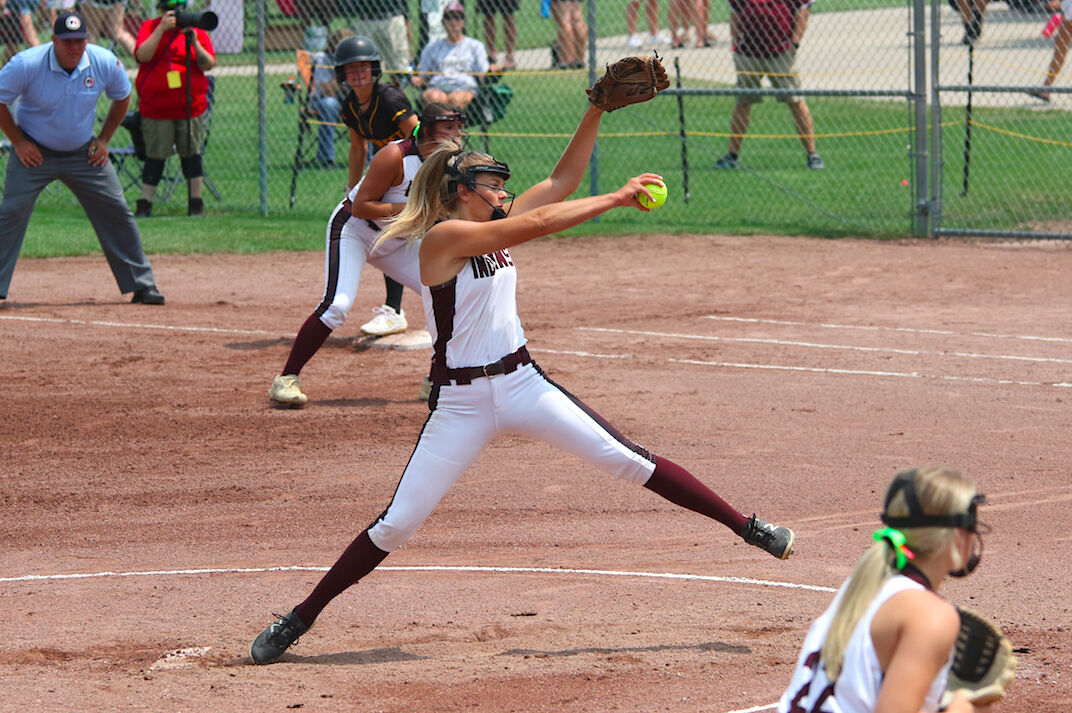 FORT DODGE — It looked like No. 8 Oskaloosa might pull off the big upset over the top seed in the 4A State Softball tournament on Tuesday but a late two-out rally by the Huskies flipped the script and helped No. 1 Winterset escape with a 7-4 win over the Indians in the quarterfinals.

The Indians got off to a great start with Maleah Walker and Olivia Gordon finding ways on base. Presley Blommers would then get Osky on the board with a two-out single up the middle, scoring Walker from second to give them an early 1-0 lead.

“We got off to a great start,” Harms said. “I mean just to tell you how much the girls believed, they unpacked their suitcases and they put them in the drawers and said we're going to be here all week. That's confidence and that's just how they played. They were determined that they were going to beat Winterset. They were going to come out and battle and they did.”

Winterset answered in the bottom of the inning by bringing across a pair of runs to give them the 2-1 lead before adding another run in the second to go ahead 3-1.

The duo of Walker and Blommers connected again in the third with the latter hitting an RBI sacrifice fly to score Walker and cut the deficit to one.

Fast forward to the fish and the middle of the Osky lineup was looking to do damage again. Abby Braundmeier would come up with two outs and knock in Walker from second with an RBI single up the middle. Blommers would then collect her third RBI on the day with a two-out double into the right-center gap to put Oskaloosa in front 4-3.

Blommers, who also had multiple huge plays defensively, finished 2-for-2 on the day with a double and three RBIs in the sophomore shortstop’s first trip to state.

“It was a little nerve wracking at first,” Blommers said of her first state game. “But I think I knew we had nothing to lose so there wasn't as much pressure on us, which is why I think I was able to do fairly well that game. I just think we did the best we can.”

Winterset continued to fight back and had runners on second and third with Oskaloosa just an out away from getting out of the inning. The Huskies’ Thea Banning ripped one into left center field with Walker showing great range to have a chance but the ball would bounce off her glove and out with two runs coming to score to give Winterset a 5-4 lead. The momentum shift would compound into a couple of Osky errors which allowed two more runs to later score, all with two outs as the Indians suddenly found themselves trailing 7-4 heading to the seventh.

Oskaloosa would have the tying run left on deck as Winterset closed them out in the seventh to escape with the win.

Faith DeRonde, who sent Oskaloosa to state with her walk-off home run in the regional finals, was held to 0-for-4 at the plate while battling a tough-hitting Huskie squad in the circle. She took the loss after giving up seven runs, six earned, on eight hits with two walks.

“We came in here and I can tell you every single girl on our team believed that we could win this game,” DeRonde said. “There was never a doubt in anyone's mind. We played our hearts out, we gave everything we could possibly give so props to everyone on my team for doing that and my defense behind me was just amazing today.”

Outside of Blommers, Walker and Gordon also had good days at the plate. Walker reached three times and scored three runs while Gordon was 3-for-4 with three singles.

Oskaloosa will head to the consolation game where they will have a chance to end their season with a win and get one last game from their seniors.

“I mean the consolation game isn't always the best but we’ll have fun with all of our seniors and do whatever we can for them since it's their last game,” Blommers said.