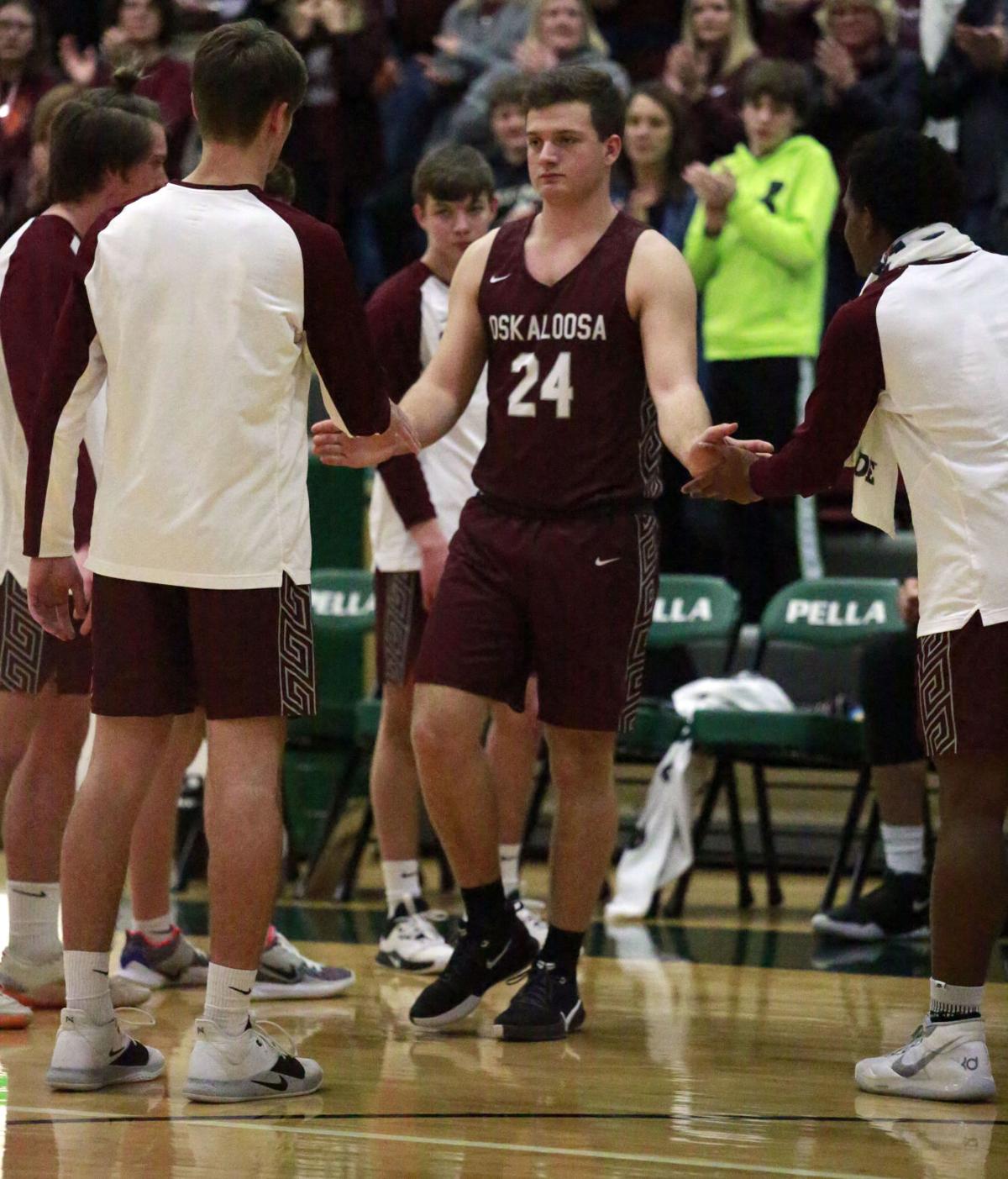 Noah Van Veldhuizen led the Indians on offense with 21 points, including 3 3-pointers Monday night against Pella. 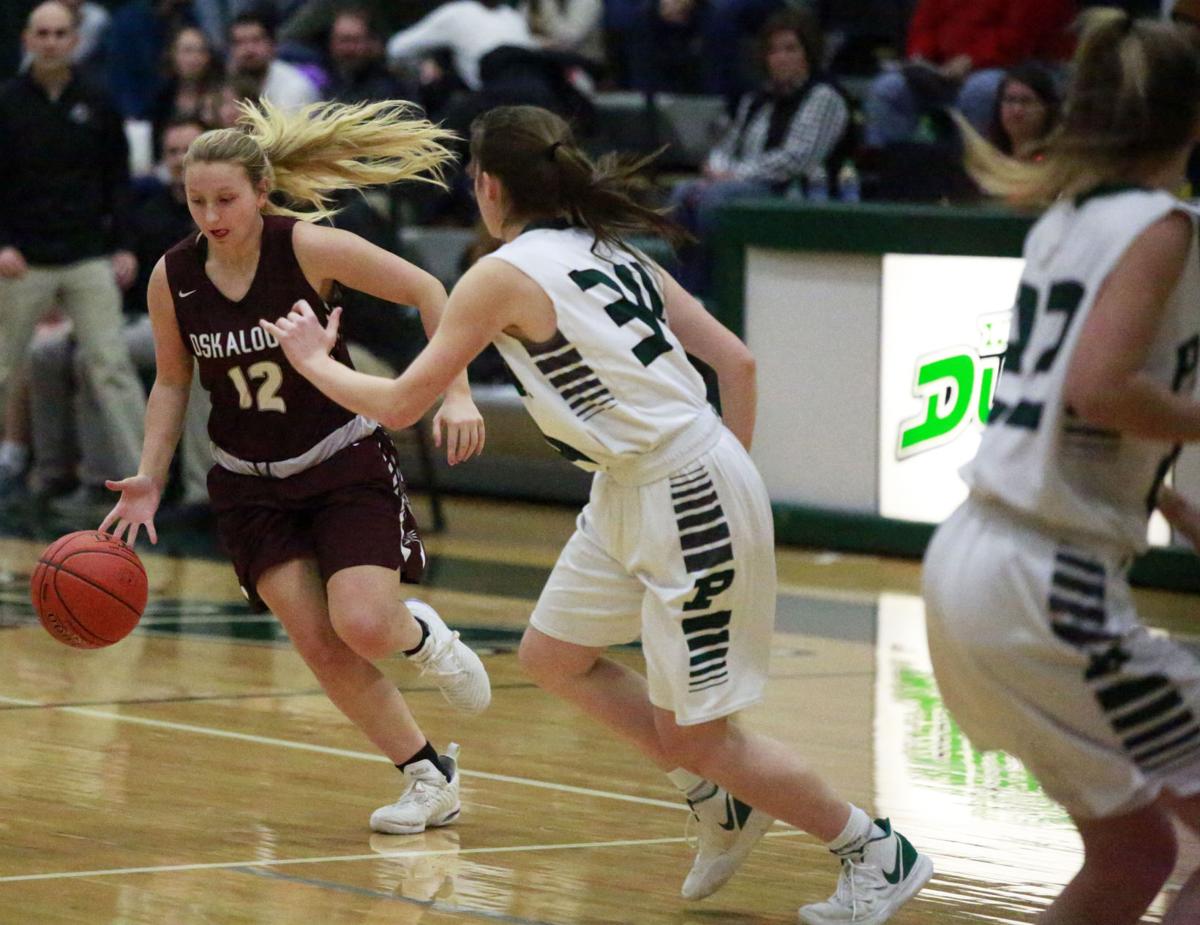 Noah Van Veldhuizen led the Indians on offense with 21 points, including 3 3-pointers Monday night against Pella.

Both Pella teams were coming off of a sweep of Newton. The boys came in with a record of 6-2 (2-2 in the conference) and averaging 77 points per game.

The Pella girls led from wire-to-wire, and they put four players in double figures – Jasmine Namminga with 17, Madison Naig with 14, Faith Diers with 12 and Anna Vander Waal with 10.

The most important number for Pella was 9, which was the total number of turnovers they had in the game.

“That was a number we shared with our girls after the game.,” said Pella head coach Jerod Garland. “We’ve struggled turning the ball over, and we’ve inched under 20 a couple of times, even got it down to 16 in our last game. But we’ve been hoping to get under 10, and it felt really good to only have nine turnovers tonight.”

The Indian girls’ record slipped to 1-9 overall, and they were scheduled to face Indianola the next night at home.

The Indians boys came in with a record of 4-4 and 0-4 in the conference. They were anxious to get future Iowa State Cyclone Xavier Foster, their 7-foot tall big man, back on the floor. Foster came back strong with 36 points in his return to the lineup against Norwalk last week.

The Indians had to shuffle their lineup once again, as both William Schultz and Colton Butler were out with illnesses. Coach Foster’s starting five was Keaton Flaherty, Iszac Schultz, Noah Van Veldhuizen, Charlie North and Xavier Foster.

Oskaloosa drilled four early three-pointers to build a double-digit first quarter lead, but the Little Dutch rallied from that early deficit after Foster had 2 personal fouls with 1:22 still left in the first quarter.

The Little Dutch chipped away, and finally tied it with a couple minutes left in the half on a steal and dunk by Parker Elder.

Pella scored 10 of the next 12 points before intermission, led 44-36 at the half, and never trailed again.

With 2:53 left in the 3rd quarter, a collision under the basket after Foster blocked a shot took Foster to the floor hard. Medical staff escorted him off the floor for concussion protocol. He would return in the fourth quarter with the score 67-57, but the Indians could never re-gain the lead.

Foster will be out of action for the next week to recover from the concussion.

Pella outrebounded the Indians 33-27, and they had 14 steals versus the Indians’ 6.

For the Dutch, John Oltman led all scorers with 28 points, Grant Nelson scored 17 and Treyton Sturgeon added 11 points and 8 rebounds.

Coach DeJuan Foster said, “We played well in spurts this game, but in certain tight spots we panicked and tried to stop their runs with quick shots. I came into this game emphasizing to the players that we need to win the battle of 50/50 balls. I told them whoever gets the most should win, but then we didn’t win our first 50/50 ball until the 3rd quarter, and by then they had won nine in a row. We need to want it more and make more of those plays.”

With the victory the Little Dutch moved to 7-2 overall and 3-2 in the Little Hawkeye Conference, while Pella’s girls moved to 6-4 and 4-1.

Both Pella teams were right back in action Tuesday night in Grimes against DC-G, while the Indians were scheduled to face Indianola at home Tuesday night.