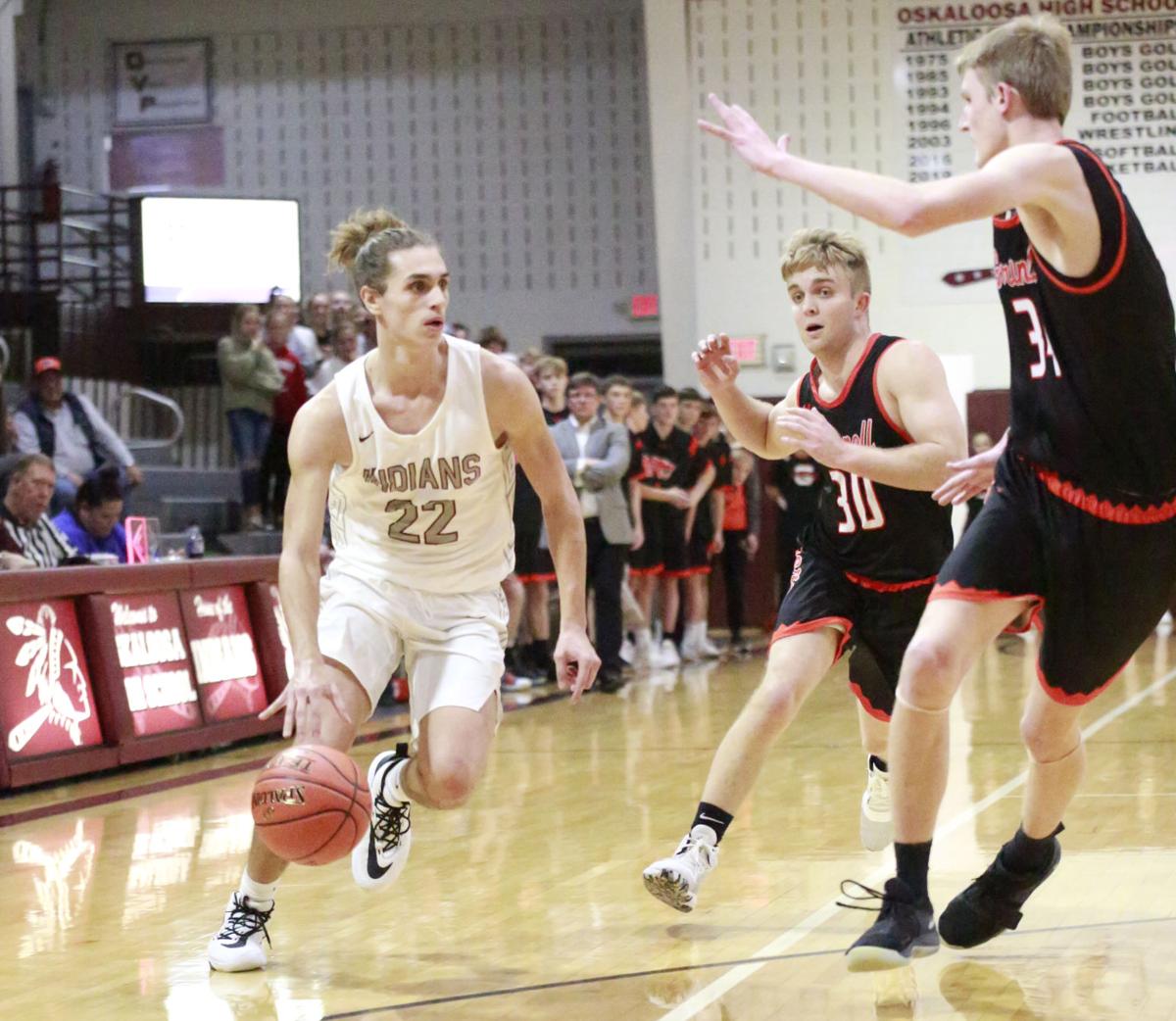 Iszac Schultz drives the ball toward the lane during the second half of the Indians’ home-opener Friday night against Grinnell. 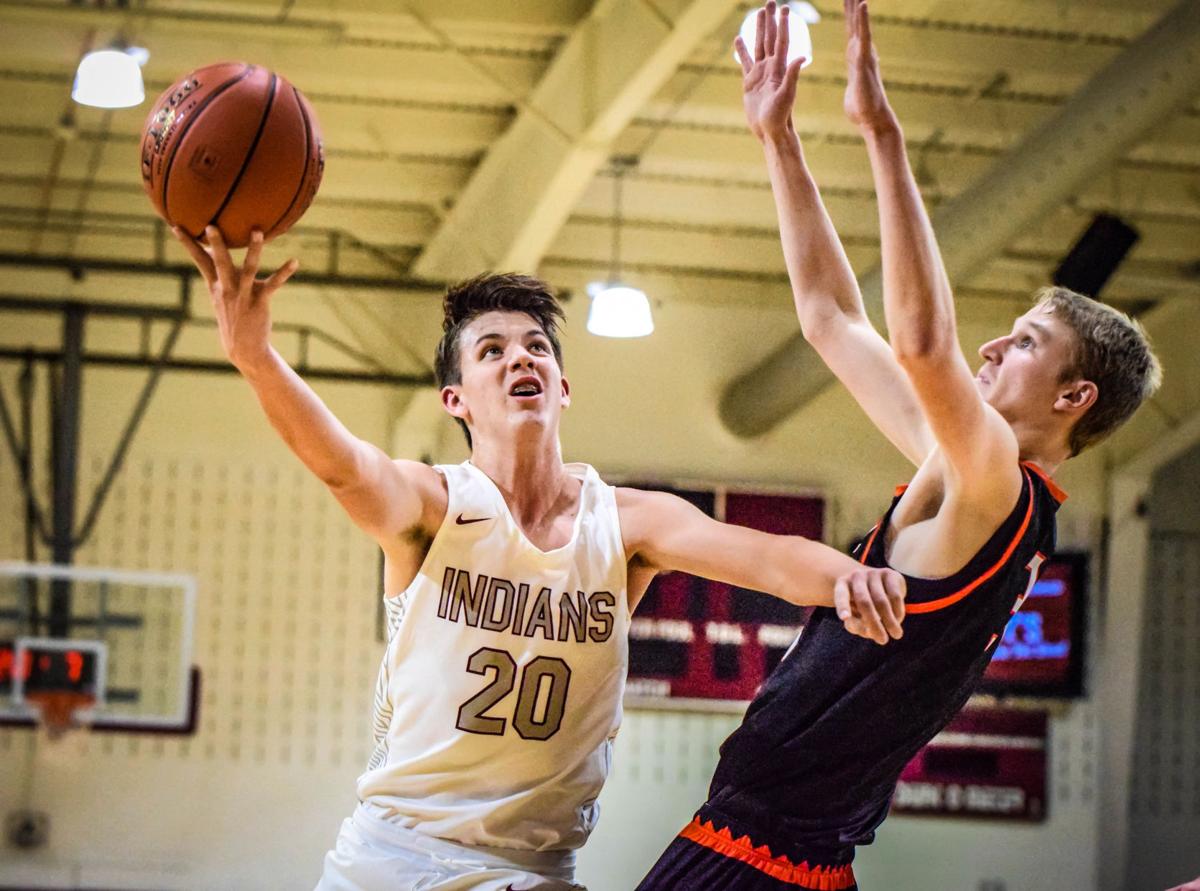 Keaton Flaherty drives in for a layup against a Grinnell defender during the second half of Friday night’s game.

Iszac Schultz drives the ball toward the lane during the second half of the Indians’ home-opener Friday night against Grinnell.

Keaton Flaherty drives in for a layup against a Grinnell defender during the second half of Friday night’s game.

OSKALOOSA—The Oskaloosa boys varsity basketball team treated their fans to a thrilling home-opener Friday night, but the Grinnell Tigers were able to outlast the Indians 56-52 in overtime.

The Indians were riding the momentum of a convincing victory against Fairfiled in their last game, one where Xavier Foster had scored 28 points. However, Foster ran into foul trouble Friday night, and that spelled trouble for the Indians as he fouled out with 5:28 left in the game, as Grinnell took advantage of his absence in those closing minutes of regulation and in overtime.

While the Indians feasted at the three-point arc in their last game, it was famine against the Tigers as they made only five of their 26 three-point attempts. Grinnell, on the other hand, shot much more efficiently from the arc.

The teams traded baskets the entire first half, and Oskaloosa edged ahead 31-30 by halftime. The Indian defense clamped down in the fourth quarter and held Grinnell to only 4 total points.

With the score 50-47 in the final minute of the fourth quarter, Iszac Schultz stepped up and buried a three-pointer to tie the score 50-50 and eventually send it into overtime.

Grinnell outscored the Indians 6-2 in the overtime period to seal the victory. The Tigers are now undefeated at 3-0.

Foster and Noah Van Veldhuizen led the Indians offense with 17 points each, with Foster hitting 6 of 19 and Van Veldhuizen hitting 7 of 13, including three 3-pointers.

Schultz added 9 points on 3 of 10 shooting, while Colton Butler scored 4 on 2 of 7 from the floor. William Schultz also added 3 points, and Keaton Flaherty also had two. The Indians had 12 total offensive rebounds and made 7 of 9 from the free throw line.

Defensively the Indians were paced by Foster who had 13 of Oskaloosa’s 20 rebounds and 3 blocked shots. Iszac Schults and Colton Butler each had 6 rebounds each.

The Indians are now 1-1 and they will host Centerville at home Tuesday evening.