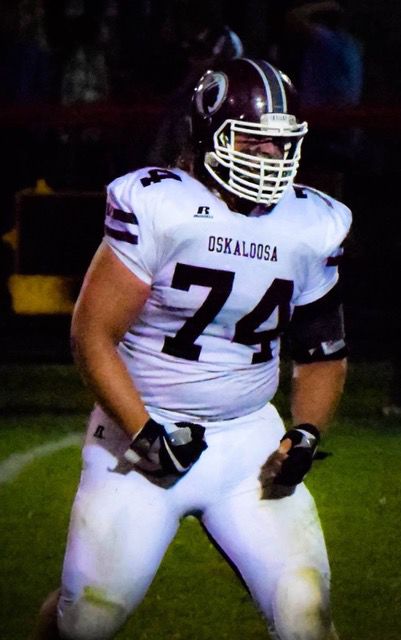 Blake Van Veldhuizen during his playing days as an Oskaloosa Indian. 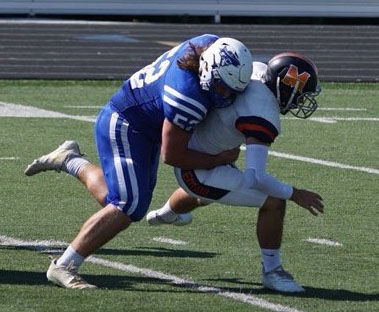 Blake Van Veldhuizen making a tackle during a game at Iowa Western.

Blake Van Veldhuizen during his playing days as an Oskaloosa Indian.

Blake Van Veldhuizen making a tackle during a game at Iowa Western.

OSKALOOSA—Blake Van Veldhuizen, an Oskaloosa alumni, has announced that he has accepted a scholarship to continue his education and football career at Minnesota State University. He will be transferring from Iowa Western Community College.

When asked how his two years at Iowa Western went, he said, “Overall my two years at Western were a struggle at times, but helped mold me into the player I am today.”

He also said he thought going the junior college route was the right option for him.

“I went [to junior college] because I had big dreams of being a Division 1 football player. I actually had an offer from Minnesota State in high school, but opted to go [junior college] instead to chase my dreams. Over the course of my two years here, I started to realize that my D1 dreams might not come true,” he said. “Maybe I should have gone to Minnesota State out of high school, but I’m glad I didn’t because I always would have wondered what would have happened if I did go [junior college]. Now I know the outcome.

“I am fortunate that Minnesota State was still interested in me two years after they originally recruited me,” he added.

If you are familiar with the NFL star wide receiver Adam Thielen, who plays for the Minnesota Vikings, he also went to school at Minnesota State.

“A lot of coaches will do or say whatever they have to to get you to commit to their program. The coaches at Minnesota State weren’t like that at all,” he said. “I felt that Minnesota State was always straight up and truthful with me. They were also my first offer in high school, which meant a lot to me because they believed in me enough to offer when nobody else had. I did receive a new offer from them during my [junior college] career.”

Van Veldhuizen will be back on his favorite side of the ball, playing defensive tackle, which he played in high school. At Minnesota State he will be studying manufacturing engineering.

Van Veldhuizen said he is most excited about being a part of a team full of guys who care more about the program as a whole rather than just themselves.

He said, “The culture up there is amazing, and they win a lot of games.”

Van Veldhuizen said the only reason why he is where he is at today is because of all the support he has received from his parents.

“Whether it was my dad helping coach me from the peewee level all the way through high school, or my mom putting her life on hold to always get me where I needed to be and support me. I wouldn’t be where I am today without them,” he said.

Van Veldhuizen has some advice for younger kids wanting to play college football.

“The best advice I can give to younger kids wanting to play football at the collegiate level is to never take days off. If the weight room is open, get in it. Work hard and never fall out of love with the sport.”

Van Veldhuizen will finish the first semester at Iowa Western and then will transfer to Minnesota State at winter break. Van Veldhuizen is very excited for this opportunity and is looking forward to the move to Minnesota.