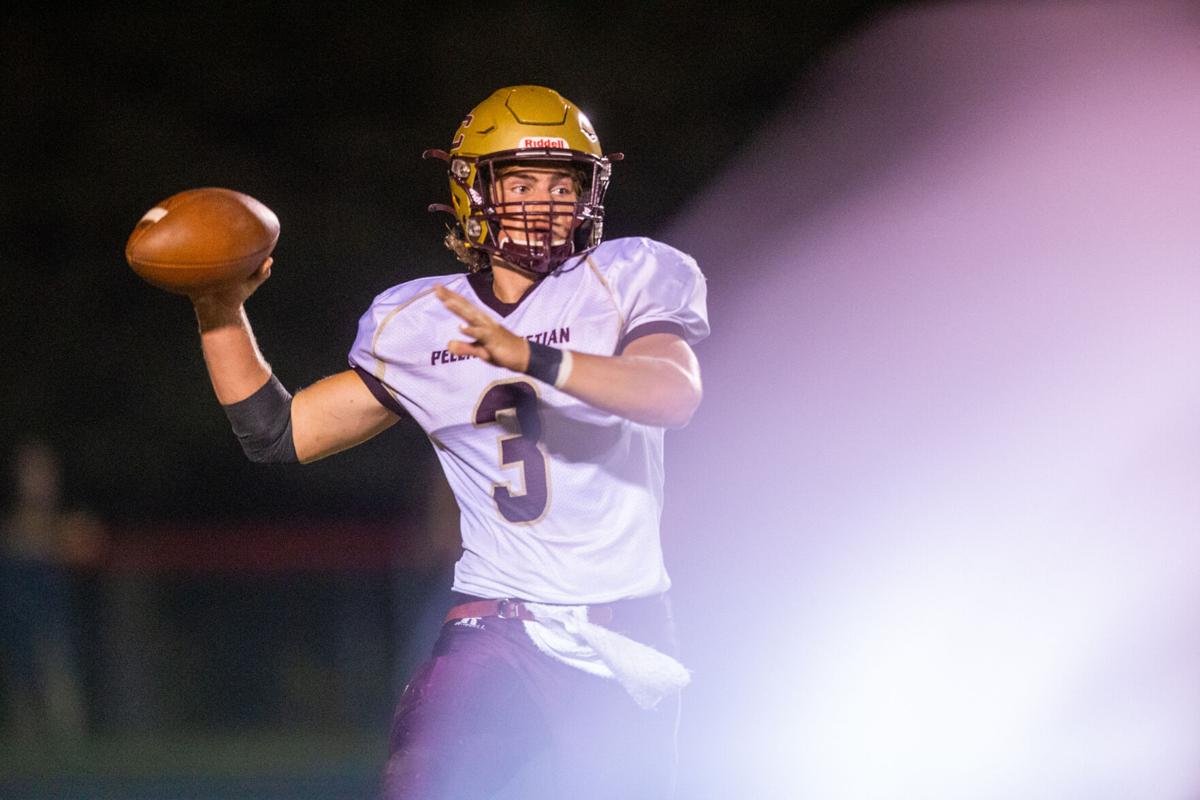 Pella Christian's Isaac Kacmarynski (3) drops back to pass during Friday's game against the Cardinal Comets in Eldon. 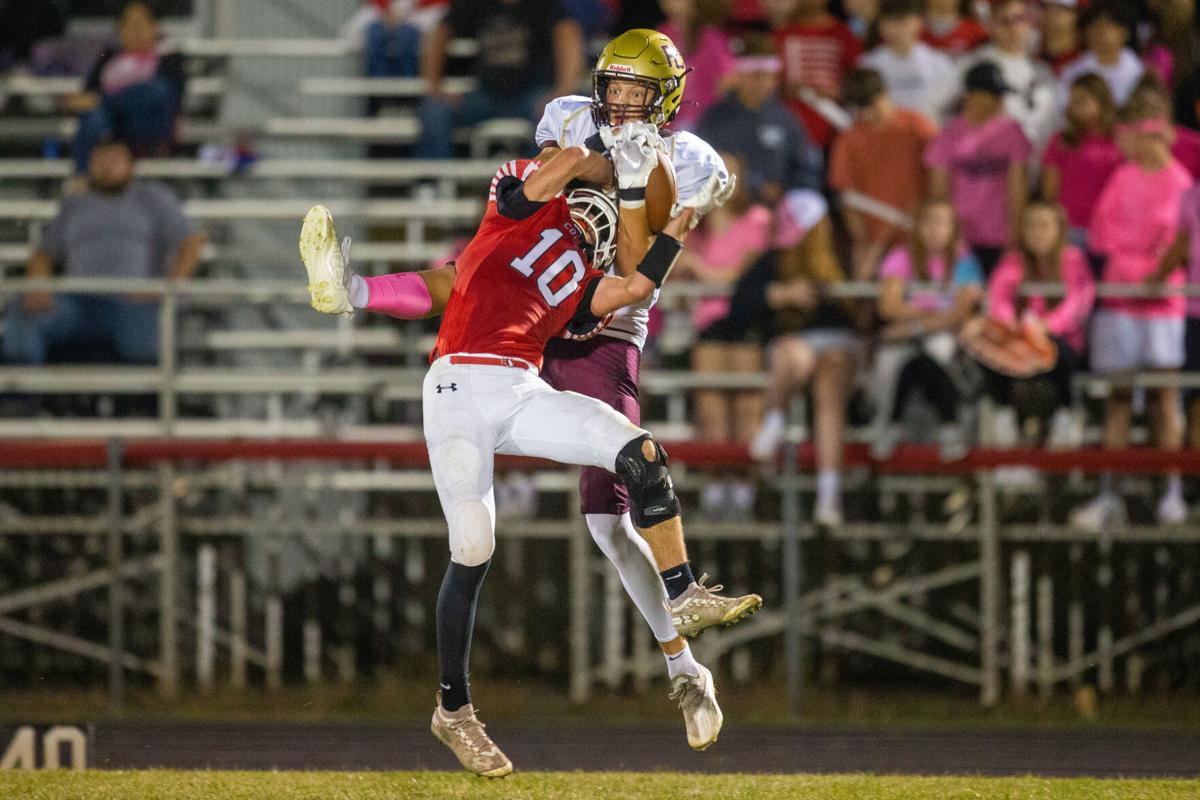 Pella Christian's Isaac Kacmarynski (3) drops back to pass during Friday's game against the Cardinal Comets in Eldon.

ELDON — A 542 yard, seven-touchdown night was only half the story.

The ninth-ranked Pella Christian Eagles defense held strong against the Cardinal Comets Friday, limiting a team that had averaged over 400 yards this season a game to just one touchdown and 230 yards.

Altogether, the night ended with a 52-8 victory for the Eagles, moving them into second place in the district with one game to go. The top-two teams in the district will have homefield advantage in the playoffs.

He scored the first three touchdowns of the game on the ground, giving Pella Christian a 21-0 lead with 2:34 left in the half.

The Cardinal Comets scored with 23 seconds left i the half on a 19-yard touchdown pass from Maddux Jones to Blaine Bryant. A two-point conversion by Jones made the conversion, and the Comets had life behind 21-8.

It was short-lived, however. As time expired on 4th and long, Kacmarynski couldn’t find an open man so he tucked the football. Bobbing and weaving up the field, he’d find the endzone 65 yards later.

The Eagles would build on their 28-8 halftime lead.

Then, Kacmarynski would connect with Bennett Spronk on an 83-yard touchdown pass.

That was followed by another pass between Kacmarynski and Spronk for a touchdown.

The final score was a touchdown pass from Kacmarynski to Eric Mulder.

Isaiah Breems and Fancher had interceptions for the Eagles defense. It’s offense produced 21 first downs and a total of 542 yards of offense, eclipsing 500 yards for the second-straight week.

Pella Christian (6-1, 3-1) moves into second place in the district. They finish the season at home against Central Decatur.

Cardinal (5-2, 3-2) will wrap up the season at home with Pleasantville next week.