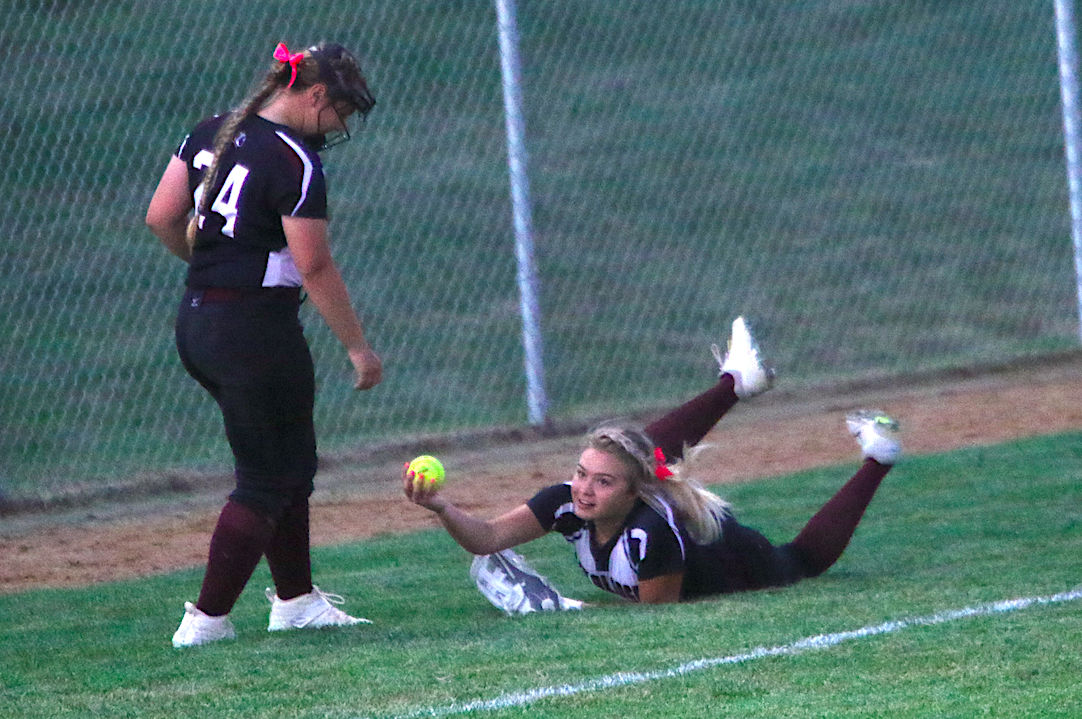 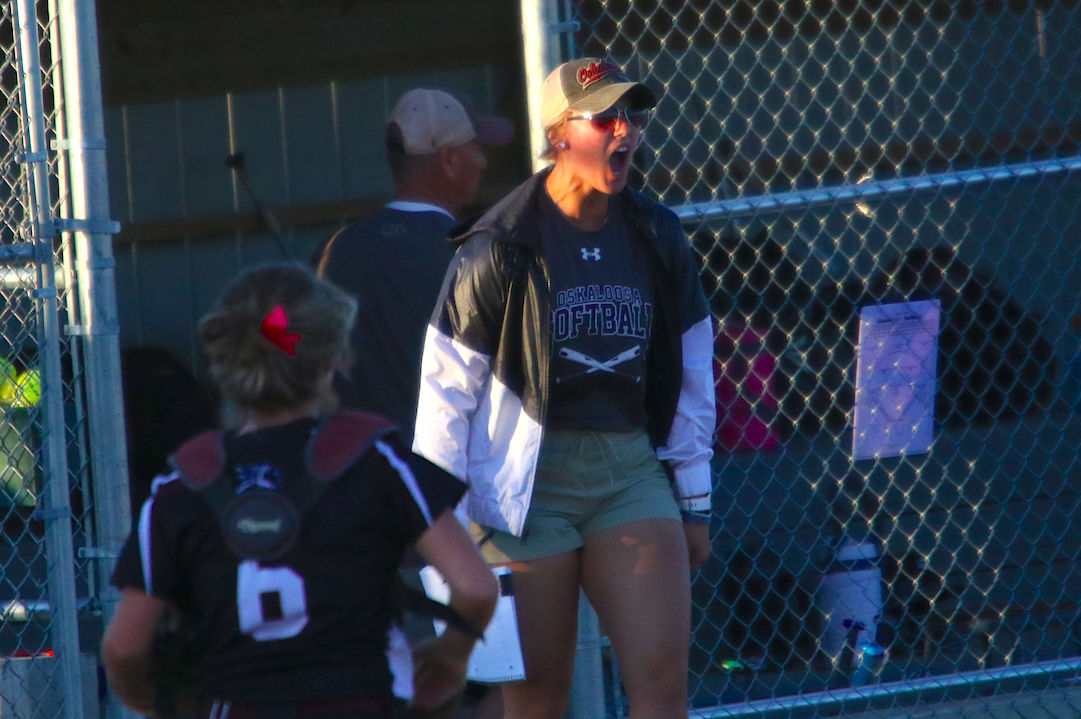 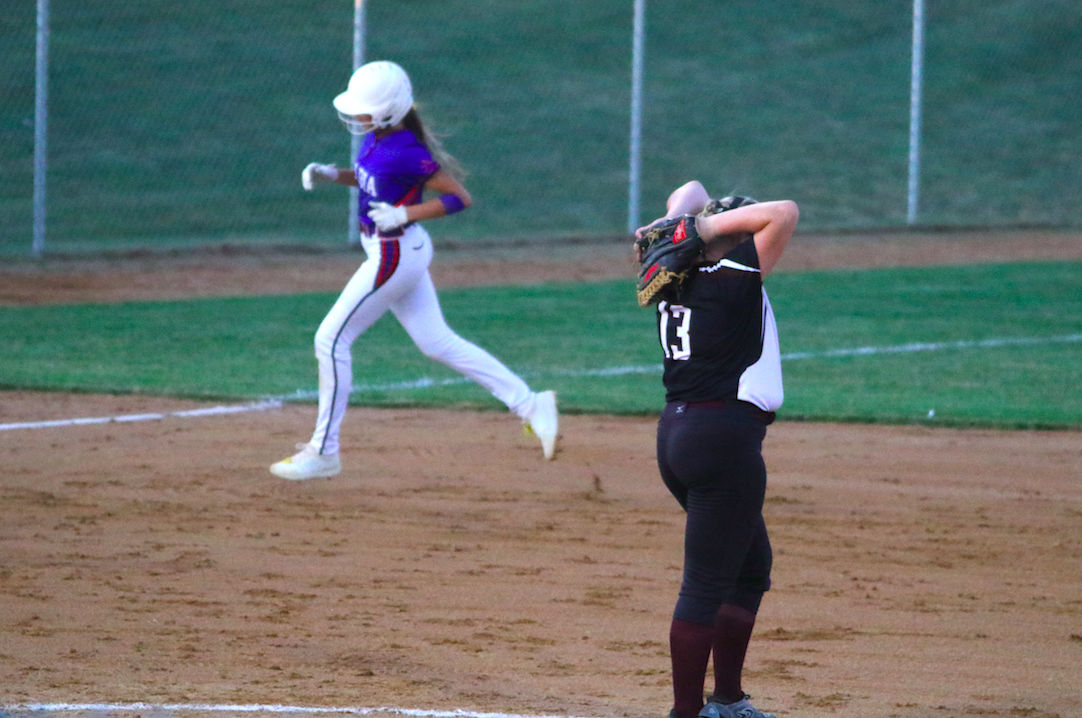 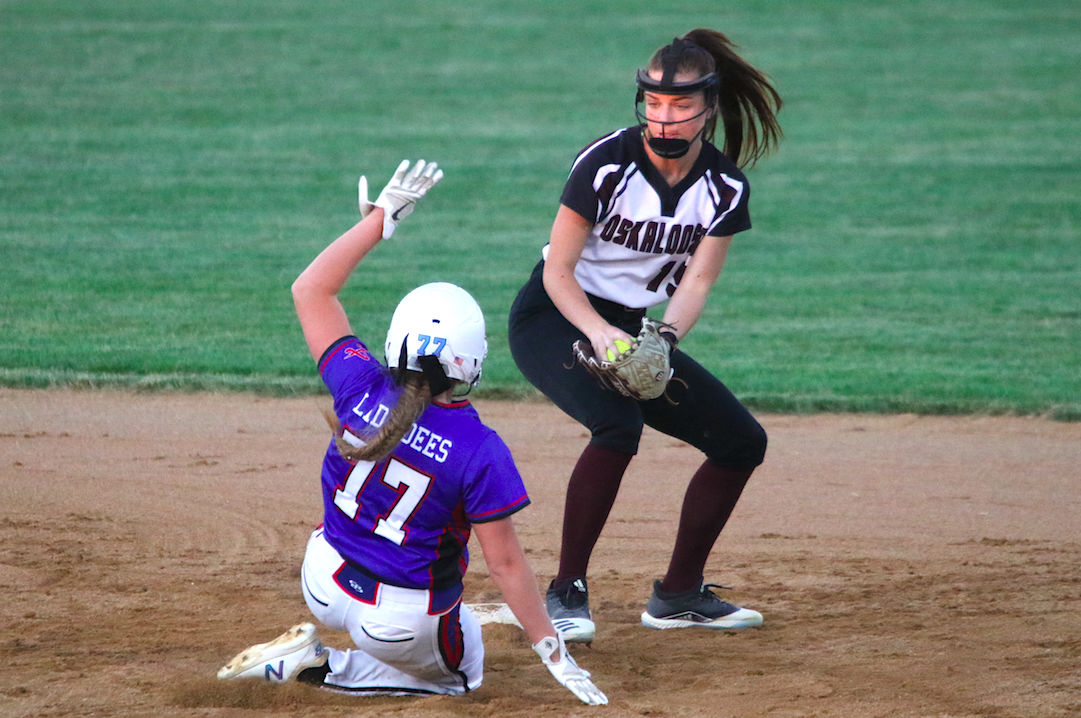 OSKALOOSA — A couple of top five teams in their respective classes clashed on Tuesday night and pitching was on full display as No. 5 (3A) Albia took down No. 3 (4A) Oskaloosa 3-0.

Spectators circled the field eagerly awaiting the duel of these two teams. Pitching and defense would steal the show as Oskaloosa’s Hayle Hacker dueled against Albia’s Jena Lawrence.

The first two innings saw the pitchers combine to give up three hits while striking out seven. Oskaloosa maybe had their best chance to score in the first inning where they had runners on first and third with no outs before Lawrence would strike out two in a row looking and get a fly out to right to escape without any damage.

Albia would get on the board first in the top of the third inning. With runners on second and third and one out, Taylor Wills would have a tough time handling a grounder allowing the runner to be safe at first. The runner from third would score and the runner from second would try to catch the Indians by trying to score from third.

After a scramble at the plate, she would be called out. Catcher Meghan Moorman would then make a heads-up play and make a good throw to second base to get the runner and finish the inning with a double play.

The Lady Dees got some insurance in the fifth inning as Abbey Griffin would extend her swing and send one over the fence in left field for a two-run home run to put Albia up 3-0.

That score would hold as Lawrence would continue to fend off Oskaloosa to finish off her complete game shutout.

Lawrence, a Creighton commit, was dealing all night, keeping Oskaloosa batters off-balance while giving up just four hits with one walk and 10 strikeouts. She was able to navigate very well through the heart of the Oskaloosa lineup with three-hitter Ava Vande Wall and cleanup hitter Faith DeRonde being held to a combined 0-for-6 with five strikeouts.

Moorman had the most success against Lawrence, finishing 2-for-3 with a pair of singles.

Hacker pitched well in her own respects outside of giving up the home run. She would pitch all seven innings giving up three runs, two earned, on seven hits with three strikeouts.