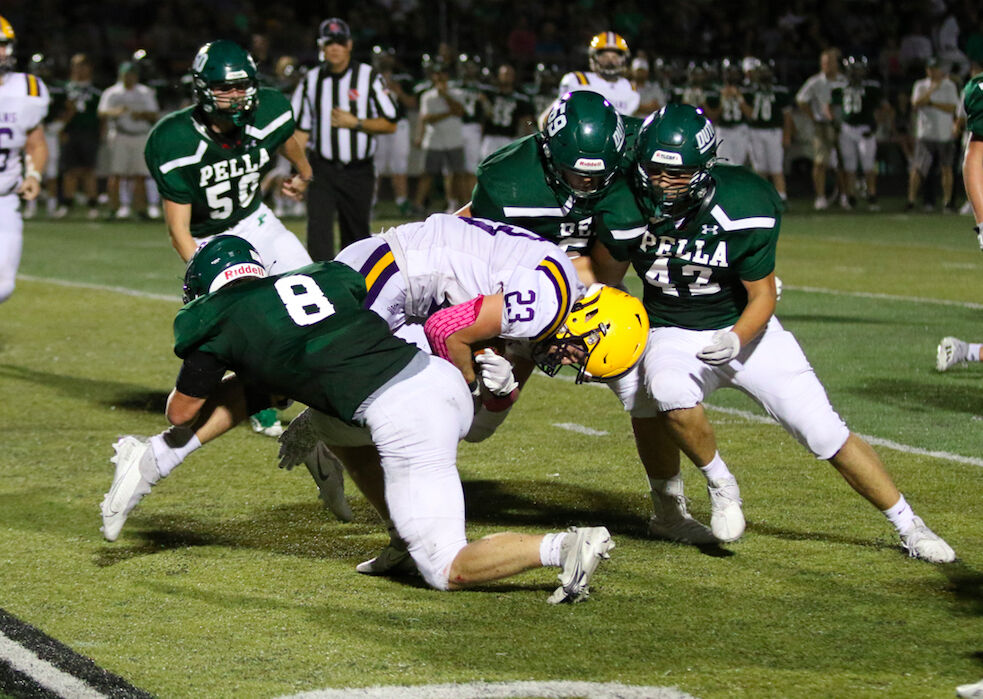 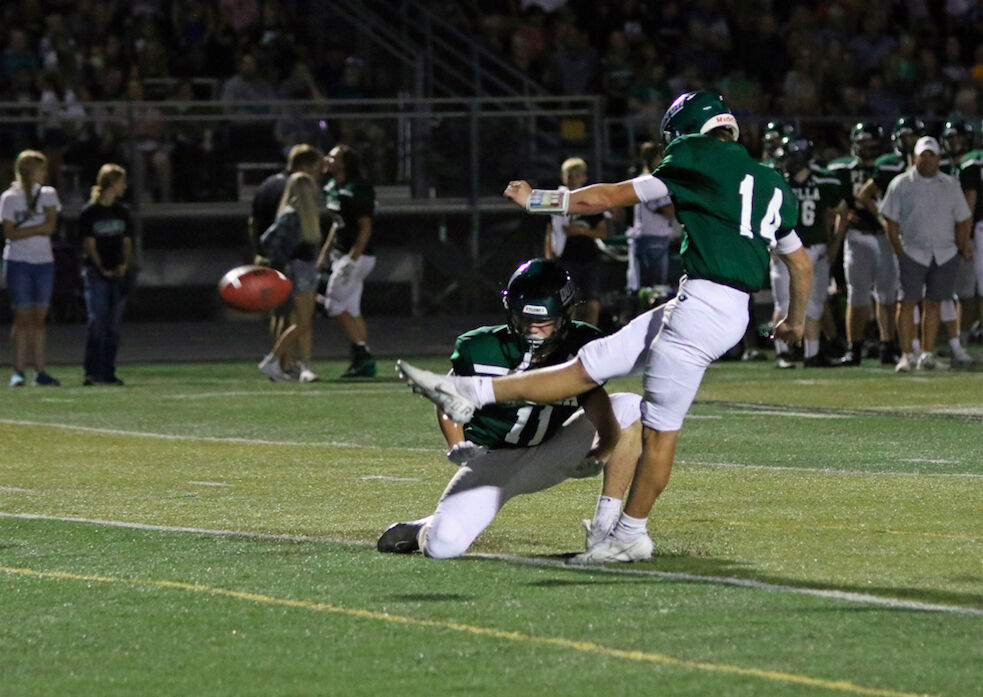 PELLA — It was a big game for both teams when the Indianola Indians invaded the Dutch Village to take on the Pella Dutch in a highly anticipated battle between two of the better teams in Class 4A this year. The Indians held the No. 1 ranking in Class 4A while the Dutch were just outside the top 10.

There were some who thought that the game might be a rock’em sock’em defensive battle, but a track meet broke out instead. The two teams went back and forth on the field at a furious pace and nobody gained control until the Indians stopped a Pella possession in the final minute to post a 44-37 win.

The Indians scored first and it didn’t take long. On the second play of the game, Kael Kolorik bolted 75 yards for a TD and Stephen Stark kicked the PAT. The game was only 18 seconds old and Indianola had a 7-0 lead.

Pella was not intimidated as on their first play, Nolan Clayberg ripped off a 41-yard carry that put the ball deep in Indian territory. After a big loss by a sack, sophomore kicker Luke Hardman, was called on to attempt a field goal. The ball was put down on the 41 yard line, making it a 51-yard attempt. Hardman boomed the ball and it split the uprights with plenty to spare. That cut the lead to 7-3 at the 9:11 mark of the first quarter.

The Indians replied with a nine-play, 73-yard drive to score. The sprint events were just about to begin. On the first play of the Pella possession, Blake Meyer was escorted to the sideline and then he blew down that right sideline for a 75-yard TD run. Hardman’s kick was good and Pella cut the Indian lead to 14-10.

Midway through the second stanza, Aiden Pollock brought the green clad crowd to its feet with a dazzling one-hand grab of a 20-yard pass in the end zone from Meyer. Hardman’s PAT kick was good and with 5:24 left in the first half, Pella led 17-14.

The lead didn’t last long as Indianola’s Bennett Breuck fired a strike to Colton Gordon for a 77-yard scoring play.

A roughing the kicker penalty gave Pella new life on the next possession. A 31-yard sprint by Meyer, a 21-yard dart by Clayberg and a 14-yard rumble by Meyer put the ball in the end zone. The kick by Hardman was good and the Dutch took a 24-21 lead into halftime.

Indianola would tie the score at the 6:11 mark of the third quarter when Stark drilled a 38-yard field goal. But Pella answered on the first play of the next possession. Meyer once again got to the outside and took it 71 yards to the barn. Hardman’s kick gave the Dutch a 31-24 lead with 5:53 left in the third period.

The Brueck to Gordon combination proved lethal on the next two Indianola possessions. The first was a 64-yard scoring play and the second covered 42 yards. Those two plays along with a pair of kicks by Stark gave the Indians a 38-31 lead going into the final frame.

The Dutch were not done as Pollock thundered 23 yards for a score, but the snap got away and the kick did not get off. That left Pella trailing 38-37 with 9:48 left in the game, but they would not be able to get on the board again. Indianola would score late in the game for the final 44-37 margin.

“We played football tonight,” Pella Coach Jay McKinstrey said. “It was a great effort and that was as hard as we have played in a long time. Indianola is very good and they have a lot of playmakers. We were able to answer a lot of their plays and gave ourselves a chance to win. We are going to have to play at a higher level as we have some very good teams yet to play on our schedule.”

Pella will be on the road this Friday as they travel to Bondurant-Farrar to take on the Bluejays.