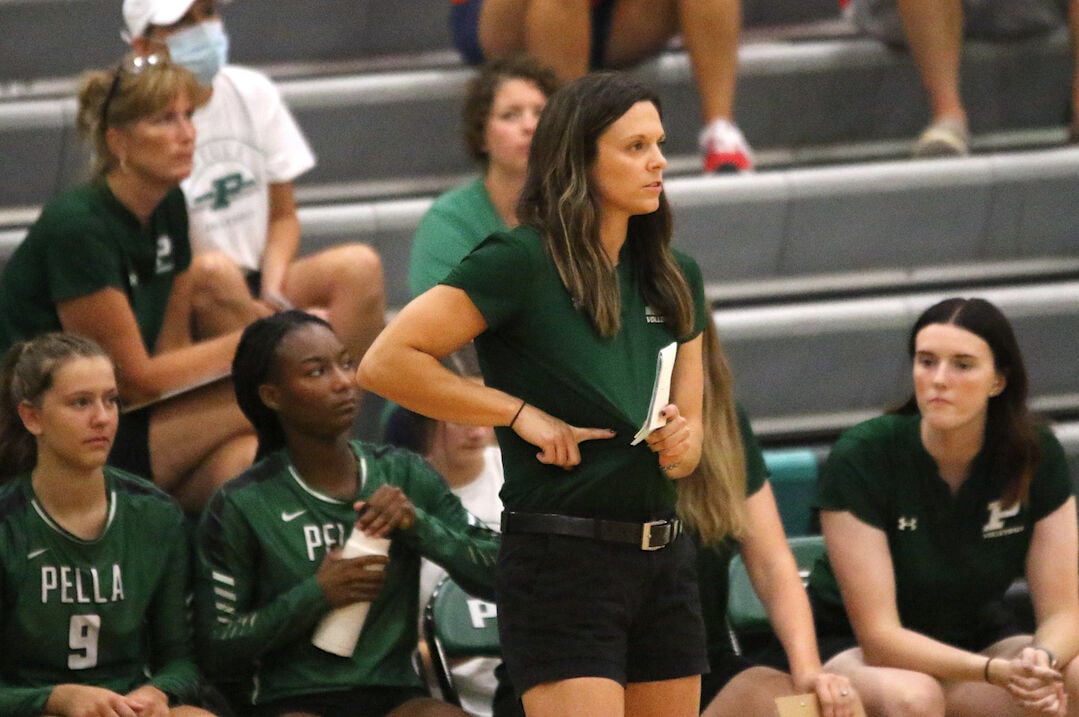 Pella's Mallory Peterson during her first match as head coach against Ballard. 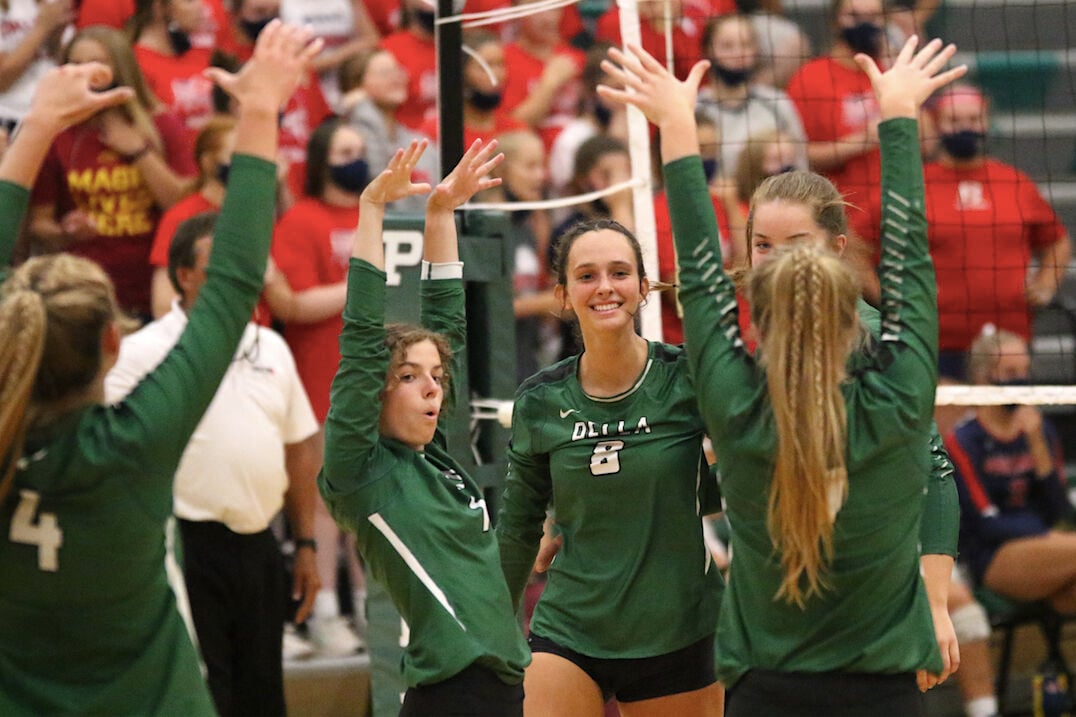 The Pella Lady Dutch celebrate getting another block against Ballard. 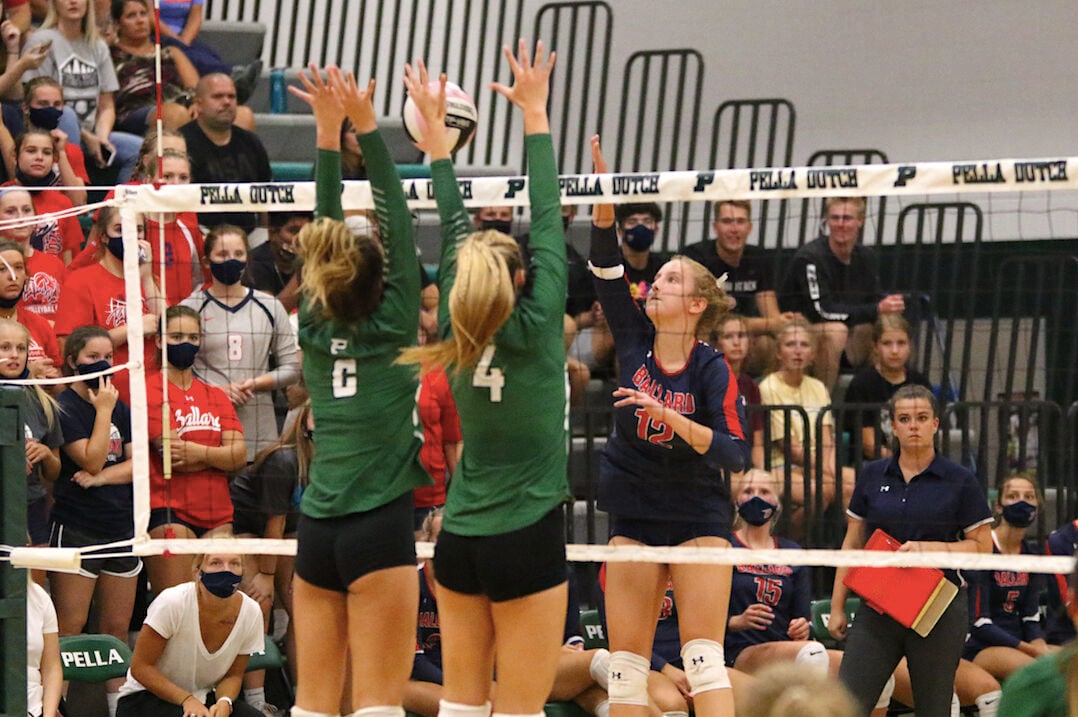 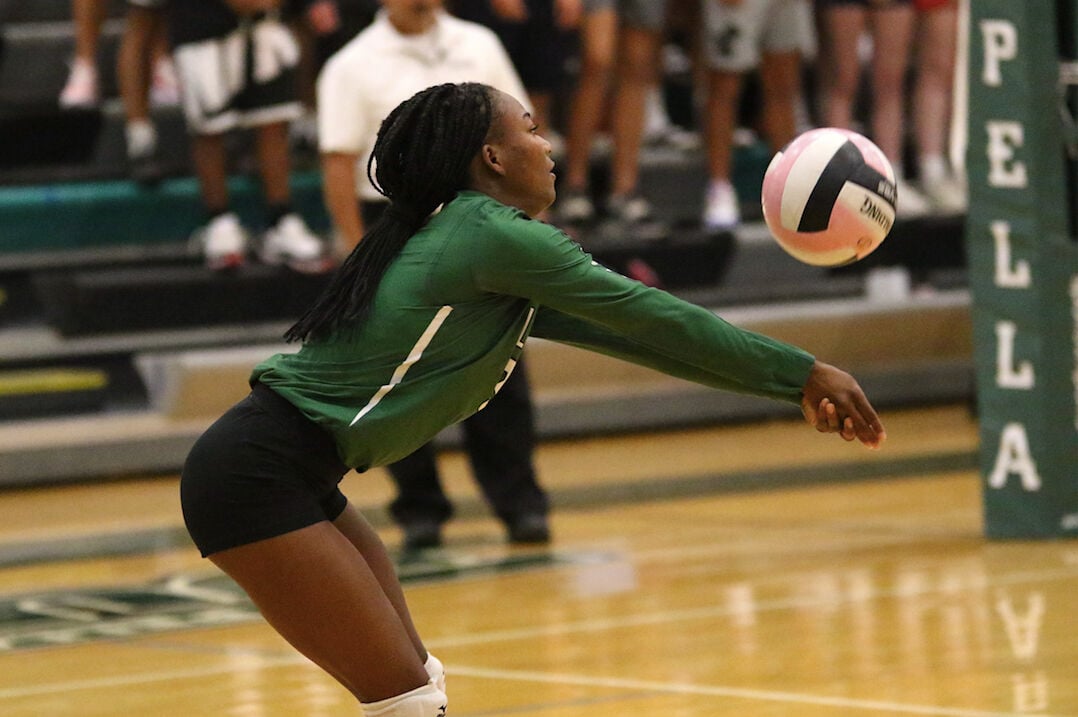 Pella's Roselande Vanderhoff gets a dig.

Pella's Mallory Peterson during her first match as head coach against Ballard.

The Pella Lady Dutch celebrate getting another block against Ballard.

Pella's Roselande Vanderhoff gets a dig.

As for who was more nervous between the first year head coach and her team coming into the first match of the season, Peterson said it was the girls.

“The girls for sure. I think just getting back into a routine and competing again,” Peterson said. “It’s been five months since we’ve been in school and I think just all of that and a lot of nervous energy.”

That anticipation was matched in the stands as the students were loud and the rest of the spectators were well into the match causing an intense atmosphere for the season opener.

“The girls are ready to compete and people are ready to come watch events so that was definitely awesome to have all the support and just have a full gym,” Peterson said. “It was hot but it’s just nice to have this gym full and the girls feed off that. They want to do well for their peers and their parents and they were very appreciative of that because it helps the atmosphere and helps get that intensity so we can play inspired volleyball.”

Once play began it was Ballard controlling the tempo early on as they were able to get into their sets. About midway through the set, the tide shifted with Pella’s front line starting a block party and shifting the momentum to put the Lady Dutch ahead 19-12.

“I’m really proud of our defense,” Peterson said. “Our block was really good and we’ve been pushing that trying to get all those things lined up. Our blocks really stood out to me. We were on their hitters, we knew they were going to run things through the outside so just figuring that out and getting our block going early was key to our success even on the offensive side.”

After a Bombers timeout, Ballard worked their way back thanks to a couple of Pella errors as they saw their lead dwindle to 22-20. Pella would go on to close out the first set thanks to a pair of kills from returning all-conference junior Bailey Van Voorst.

The second set was similar to the first with Ballard jumping out in front but it was Van Voorst leading the charge again as she found her offense. Lady Dutch used a big run to grab a 20-15 advantage.

Ballard once again proved to be pesky late, cutting the deficit to 24-22 before Jasmine Namminga’s kill out of a timeout clinched the second set for Pella.

The Lady Dutch looked to close it out in the third set as they were able to capitalize on a couple of Ballard mistakes to pull ahead.

Pella controlled play for much of the final set with Emily McMartin clinching the win as her self-defense dig went back over the net and found a hole in the Ballard defense for the winning point.

As the Lady Dutch dusted off the rust and the nerves, this team looks to become even more dangerous as the season goes on.

“I think just settling into our first real competition and getting things figured out and running in a rotation,” Peterson said. “I think that nervous energy is a part of it. We didn’t serve the greatest so some of that would slow our momentum at times but I think once we put it all together, it will be a good year.”