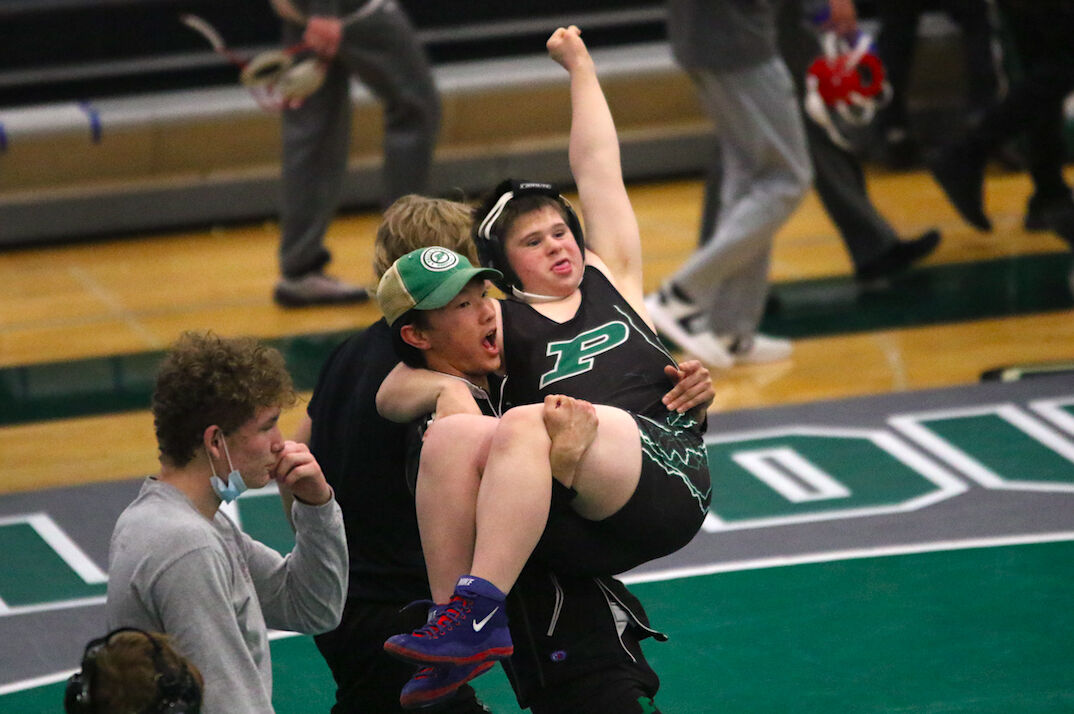 Isaac Treimer (right) is carried by fellow Pella wrestler Ryan Hancock (left) after Treimer won his third match of the season by fall. 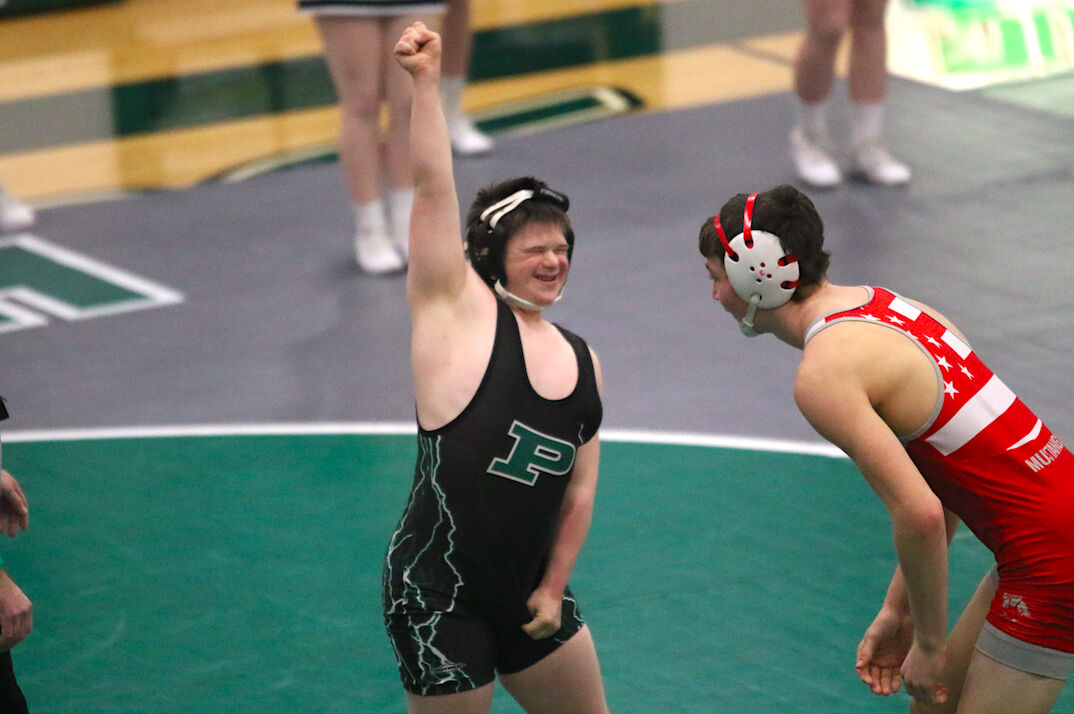 Pella's Isaac Treimer celebrates after getting a pin against Dallas Center-Grimes.

Isaac Treimer (right) is carried by fellow Pella wrestler Ryan Hancock (left) after Treimer won his third match of the season by fall.

Pella's Isaac Treimer celebrates after getting a pin against Dallas Center-Grimes.

PELLA — Isaac Treimer’s wrestling career has just begun, but so far it is off to a promising start.

The freshman wrestler, who has down syndrome, competed in three matches for Pella High School this season, pinning each opponent.

The energy in the building after one of his pins is electric.

Head coach Jay Pike said, “It’s fun seeing how excited he and the team gets, these memories last forever not just for him but his opponents as well.”

Treimer brings a lot to the Dutch wrestling program. He is a competitor who shows up ready to learn and have fun. “His attitude is an inspiration for all, his positivity, excitement and smile puts smiles on all of our faces,” Pike said.

Treimer has had many battles in his life, including open heart, lung and cataract surgeries. Despite these setbacks Treimer continues to compete and loves athletics.

The youngest of eight children, he grew up watching his brothers and sisters compete in sports like gymnastics and football. He recently started getting involved in school activities and athletics, joining the marching band and cross country team at Pella Middle School.

This past fall Treimer put up a personal best time of 21:10 in the 5,000-meter Hillcrest Academy Invitational. That improved his personal best from the previous year by 10 minutes. The huge improvement is a testament to his work ethic.

Treimer is the first wrestler in his family, he decided to join the team after building a relationship with Pike, Special Ed teacher at Pella Middle School.

During his time teaching Treimer, the two built a strong relationship and Pike realized what Treimer could bring to the team and asked if he wanted to join. Treimer gladly accepted.

His parents were all for the decision to compete in wrestling. His father Todd Treimer said, “Wrestling helps Isaac develop his awareness, just like reading and writing. I’m proud of him, he has a great perspective, it excites him and he is always talking about his wrestling buddies.”

Treimer’s freshman season on the mat is over, but he will continue to support his teammates this Saturday at the state qualifiers in Iowa City.