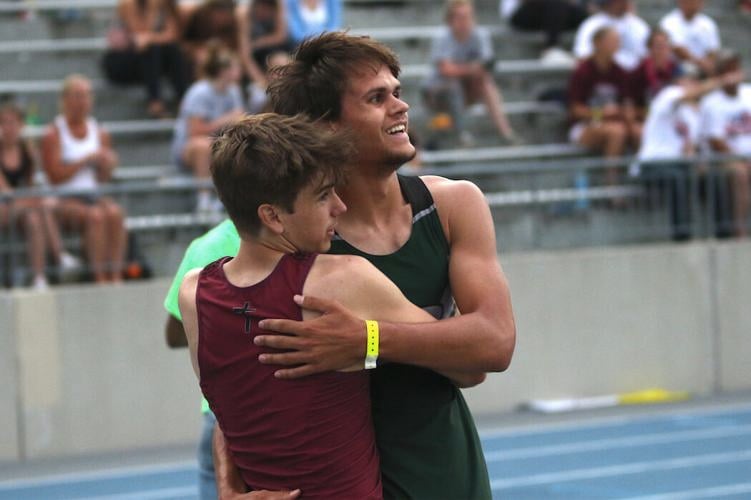 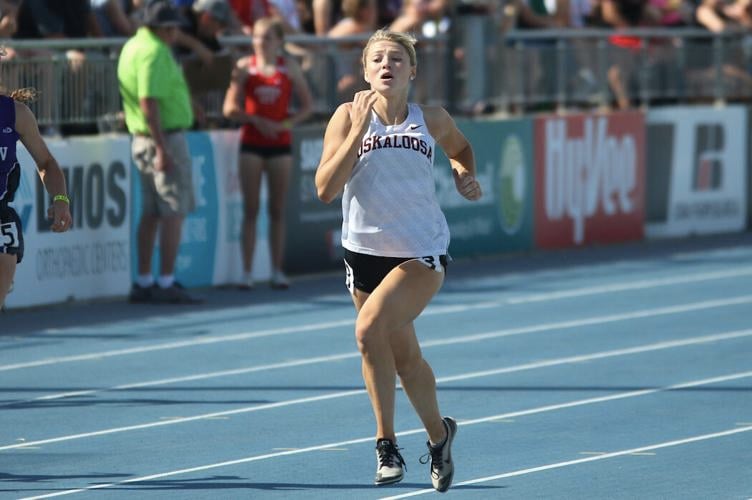 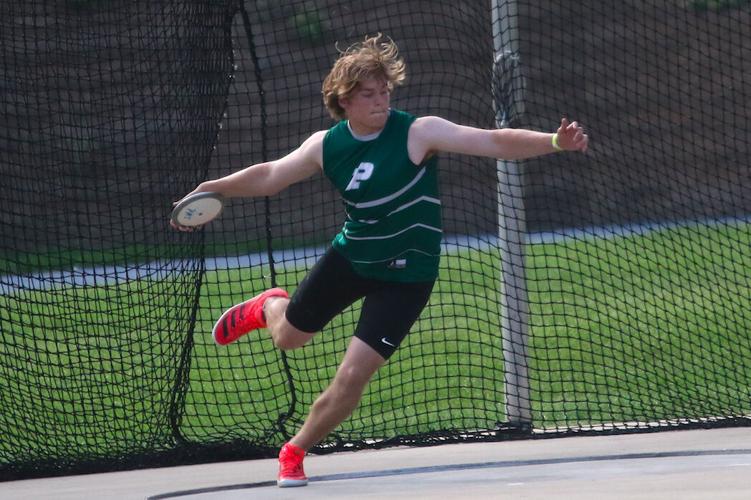 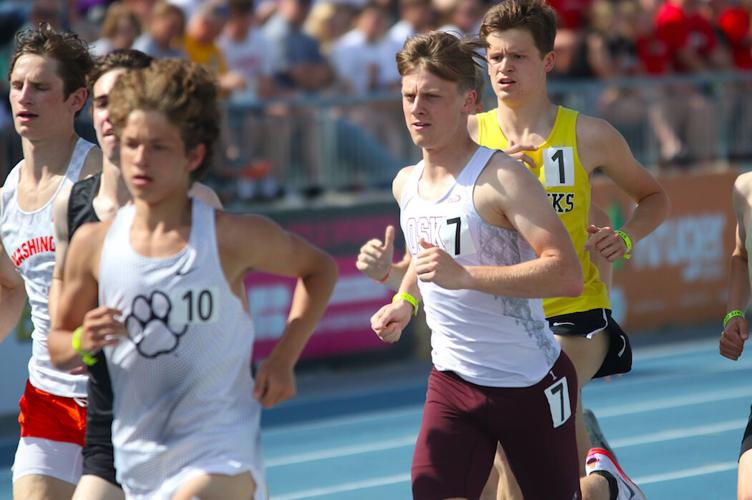 DES MOINES — They are off and running at the 2022 State Track and Field Meet with day one featuring temperatures in the 90s and high winds before cooling off in the evening. The Pella boys did good work in defending their 3A title with four medals on day one while other area athletes also brought home some hardware.

Perhaps the highlight of the day came in some of the final races of the evening with Pella Christian’s Levi Schelhaas and Pella’s Karl Miller both running in the 400 in their respective classes.

Both guys ran blistering times to finish second place with Schelhaas clocking a 48.94, which was nearly a personal best, but he would finish behind Spirit Lake’s Qai Husey, whose time of 47.83 was just half a second short of the 2A meet record. But after qualifying for the 200 final earlier in the day, and getting a little bit of redemption after a tough Drake Relays, Schelhaas, a Dordt signee, was very happy with the result.

“It was a rocky season to start with some cancellations,” Schelhaas said. “I had some health issues that kind of brought me back a little bit. But it kind of gives you more motivation just to get out there and give your best and that's all I can really do. Qai is such a great athlete and it's an honor for me to even go up against him. I know he will do great in college and that just motivates me even more.”

Racing right after Schelhaas was Miller in the Class 3A 400. Miller had little time to recover after anchoring a tough 4x800 an hour earlier where the Dutch would scratch and claw back from 13th place after the first leg to take fourth after a 1:57.91 final leg from Miller.

Miller was then going to have to come back and race in the 400, an event he finished fifth in a year ago. He would race in the fast heat and would run a personal-best time of 49.48 to break the school record and finish second.

“I was a little tired after that 4x800, we ran hard and got a good finish,” Miller said. “I didn't have much time really to recover. I made sure to grab a snack and hydrate back up again, it's nice to have that cloud cover so it wasn't quite as sunny. But I was really locked in. I was locked in before the day even started and I really carried that through today. I focused on getting out hard and just finishing as strong as possible because I knew I had to give everything I had to make up some points for team and get us back in first place contention.”

The first one to greet Miller coming off the track was Schelhaas, with the two long-time friends and competitors sharing an embrace with both taking second after years of racing against one another.

“I love Levi, I've been friends with him since I first met him in kindergarten,” Miller said. “I always knew he was fast. We’d play at recess when we were kids and then we played basketball with each other in middle school and of course against each other in high school. We've always had a friendship there and it means a lot just to get second with him and really just carry out a friendship after high school because I know he's awesome and he’ll do well at Dordt.”

The Pella boys got a couple of other highlights on the day with Parker Elder starting things off by clearing the high jump at 6-foot-2 to finish tied for sixth. He had three really good attempts at clearing 6-foot-4 but high flying Dutchman collected the first Pella points of the meet.

The speedy shuttle hurdle of Nolan Clayberg, Reece Thoreson, Luke Fairchild and Gage Huyser then showcased why they are the favorites to win the that race this year as they clocked a prelim time of 59.38 to advance to the finals as the number one seed by almost a full second. They will race for the title on Saturday.

Meanwhile on the field, Brandon Fischer would use a throw of 152-3 in his first attempt to ride him to a fourth place finish in the discus.

Oskaloosa had five events on Thursday. Faith DeRonde got things started in the discus as she looked to defend her state title. Unfortunately for DeRonde, she just couldn’t quite find her form and would scratch on her first and third throw with her second throw of 118-2 putting her in 10th place just outside the finals. She finishes a very successful discus career and will have a chance to medal in the shot put on Friday.

Maleah Walker started what will be a busy three days for her. She began by taking seventh place in the 200 prelims with a time of 26.50 to put her in the finals while later running a very good 100 at 12.95 to take seventh as well in the prelims and earn a trip to the finals and another medal. She is also set to compete in the long jump and 4x200.

Oskaloosa finished off the night in the shuttle hurdle with Hayley VanArkel, Gracie DeRonde, Lydia Van Veldhuizen and Hannah Quang running a season-best time of 1:11.69 to take 20th.

“This young group of three sophomores and one freshman gained some invaluable experiences in a race we hope to see them in again next year,” Oskaloosa girls head coach Betsy Luck said.

Patrick De Ronde was the lone Oskaloosa boy competing on the first day and would take 12th in the 3200 with a time of 10:12.8. He is set to race in two more events over the next two days.

Day two of the state meet gets underway on Friday morning with area athletes set to continue at 2 p.m.