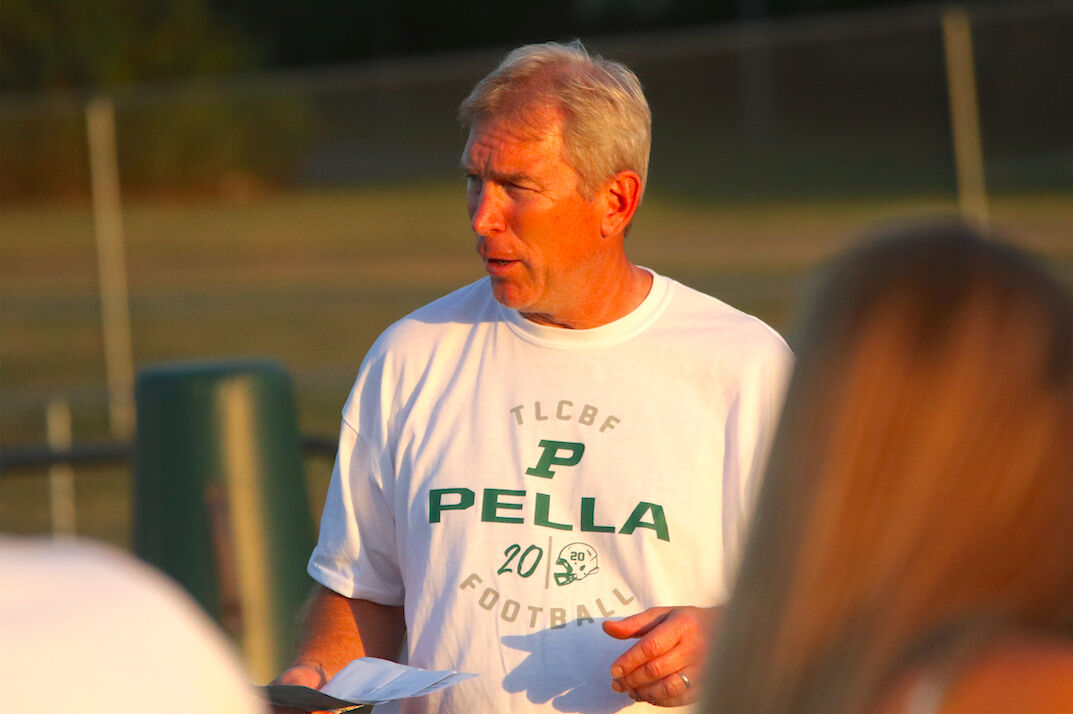 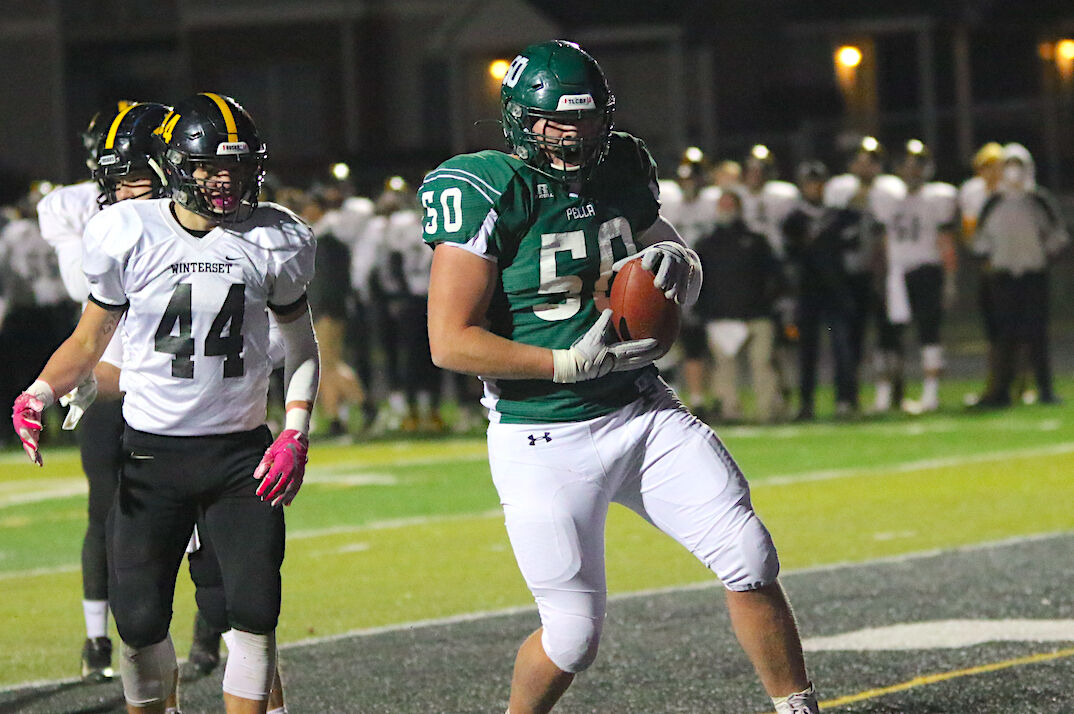 PELLA — Another district title for the Dutch means Pella made their mark on the recently released all-district list.

Add another notch to Pella head coach Jay McKinstrey’s belt as he was voted as the Coach of the Year while his star defensive tackle Kody Huisman was selected as the Defensive Player of the Year in the district.

Huisman, a senior, anchored both the offensive and defensive lines for Pella. The North Dakota State commit garnered a lot of attention from opposing teams and was still able to finish with 36 tackles, 10 for loss and and three sacks, which was second on the team. He also wasn’t a stranger to the end zone as he recovered two fumbles including one he took back for a 58-yard touchdown. Huisman would also line up at fullback in short yardage situations and would finish with seven carries for 21 yards with two rushing touchdowns.

Nelson, a senior, had a fantastic season finishing as the team’s leading receiver and tackler. Offensively he led the team in catches (20) and yards (276) and would finish with two touchdowns. On the other side of the ball, Nelson led the defense in the middle with 40.5 tackles including 7.5 tackles for loss, one sack and one fumble recovery.

Roose, a senior, made up the other half of Pella’s dynamic duo on the defensive line. He was equally as disruptive with 37.5 tackles (second on the team) with a team-high 13 tackles for loss and team-high 3.5 sacks. Roose also had a pair of defensive touchdowns with a 13-yard scoop and score and 22-yard pick-six.

Clayberg, a junior, was another player that made an impact on both sides of the ball. He led the team in rushing with 442 yards on 69 attempts (6.4 yards per carry) with five touchdowns while also catching two passes for 80 yards and one touchdown. Defensively, he finished with 35 tackles and one fumble recovery.

Warner, a senior, continues the trend of talented two-way players. As a receiver he caught 19 passes for 247 yards and three touchdowns while on the other side he had 21.5 tackles, one fumble recovery and a team-high three interceptions.

Mace, a senior, had an up and down final season as the Pella quarterback. He passed for 1,044 yards with nine touchdowns against nine interceptions while also running for 316 yards (second on the team) with four more TDs.

DeJong, a senior, saw time on both sides of the ball. As a running back he had 56 carries for 249 yards and two touchdowns while defensively he tallied 35 tackles and had one fumble recovery.

LaHue, a senior, was another important piece to that talented Pella defense. He ended the year with 30.5 tackles including several sports in the backfield with nine tackles for loss, which was third most on the team.

Rowe, a junior, made the most of his opportunities on the field. Offensively he had eight catches for 153 yards and one touchdown while defensively he finished with 23 tackles including six tackles for loss and two sacks.

Logan Baker, Aidan Pollock and Reece Thoreson were all honorable mentions for Pella, who finished with a 6-3 record and recorded their 14th straight playoff appearance before falling to Grinnell in the third round.