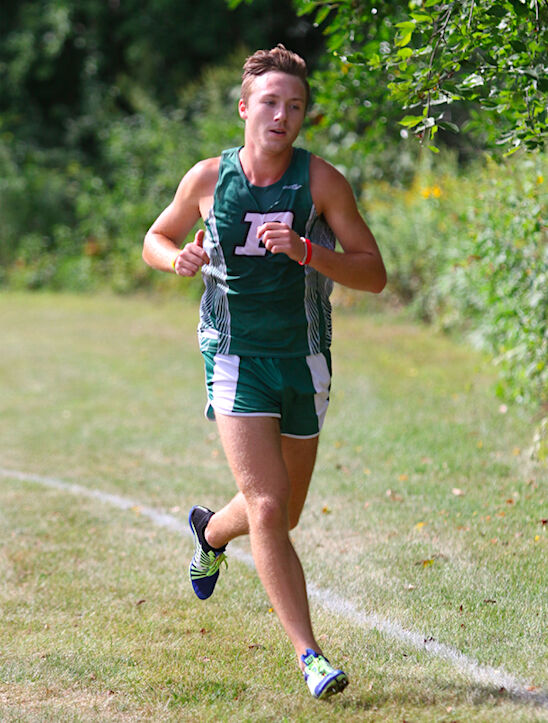 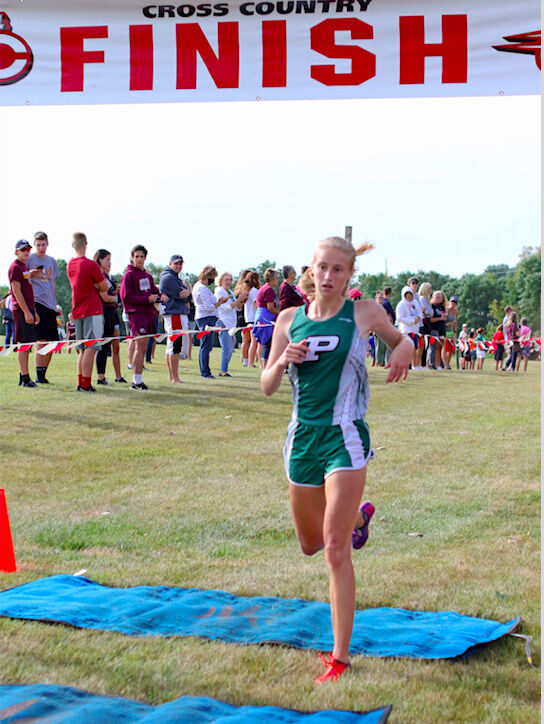 PELLA — A beautiful Saturday proved to be just what the runners needed after a week of practice in high temperatures. Pella played host to Oskaloosa, Pella Christian and Grinnell in their opening meet of the season, a meet in which they would sweep with wins for the girls and boys.

The girls would set the tone first with Pella finishing with five girls in the top 10 led by a first place finish from the coaches’ daughter, Abigail Cutler with a time of 21:35.8.

“Obviously I am also very proud of my daughter Abigail,” Pella head coach Douglas Cutler said. “I have had a full view of the miles and effort she put in this summer and to see that come to some fruition in winning her first race was special.”

Cutler was also impressed with senior Roselaure Fuller, who finished 27th and ran her new career best by almost a full minute.

“This was an excellent first step for our girl's program this season,” Cutler said. “A lot of ladies finished their first 5k for the high school program, and it's easy to see that they will improve from this first performance. I am quite proud of our seniors though. After a tough week of training with the high temperatures, they passed on a great deal of wisdom to the freshman and rookies before and after the race. Now back to work to keep getting better.”

The Pella girls took first place as a team with 27 points, Grinnell followed behind with 44 points and Oskaloosa with 58.

The boys would be up next and it was all Dutch as they had all six of their guys finish in the top 11.

“Quite pleased with the boys' performance Saturday,” Cutler said. “Specifically we had a large contingent of sophomores and juniors who ran quite near their all-time bests. With our next meet set at Central College as well, we anticipate many of those records to be broken next week.

Pella junior Josiah Wittenberg paced the field, finishing first by 35 seconds with a time of 16:50. With good reasoning, Cutler has high hopes for Wittenberg.

“Josiah Wittenberg showed clearly why he will be a favorite to finish in the top five at State this season,” Culter said. “Breaking 17:00 on the Central course this early in the season is a rare event.”

The Pella boys completed the sweep, taking first with 58 points while Oskaloosa finished second with 58 points, Grinnell third with 62 and Pella Christian fourth with 97.

“As a whole, our varsity boys do need to acquire a bit more confident swagger,” Cutler said. “Right now, we should a bit or nervousness and hesitancy toward what I believe we are truly capable of. They ran well, but true potential is still concealed some in doubt. Experience and cohesiveness will help clear that up as the season progresses.”

The Indians were led by returning state qualifier Patrick DeRonde, who took second with a time of 17:25.6. Caden Ayala would also crack the top 10 with a time of 18:39.1.

"I was really happy with how we competed today,” Oskaloosa head coach Michael Comfort said. “Our focus with this meet was to really push our limits to see where we are at three weeks into the season. I was pleased with how we challenged ourselves while we were uncomfortable in the second and third miles. We are further along at this point of the year than last year at the same time and I think we will improve a lot throughout this year.”

Pella, Oskaloosa and Pella Christian will all be back at Central College on Saturday at 9 a.m. where 18 schools will be racing.