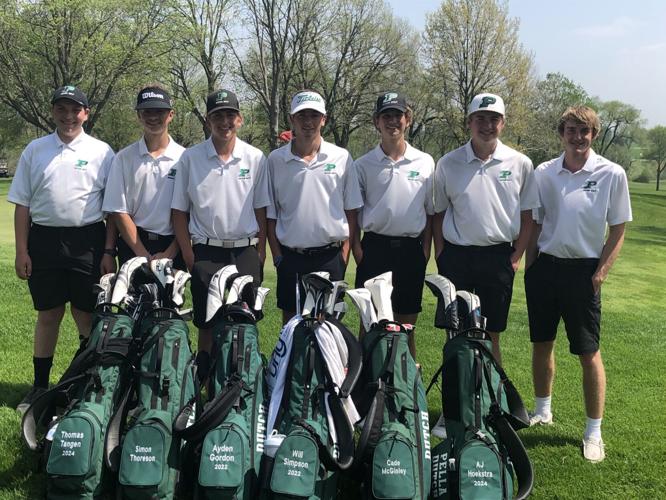 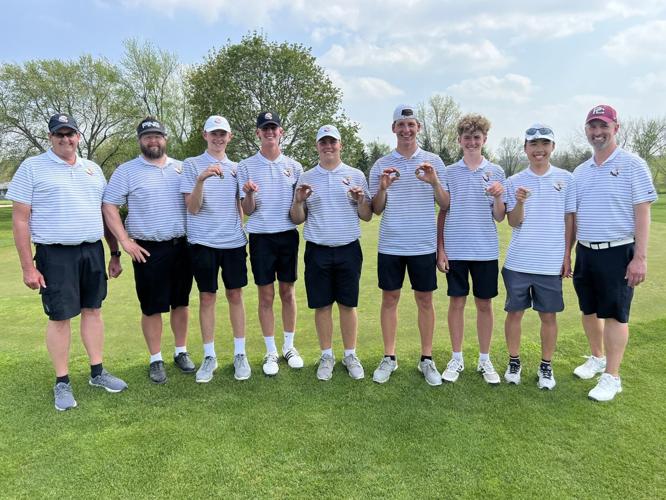 Pella Christian took second in their sectional to advance to districts

Pella Christian took second in their sectional to advance to districts

OSKALOOSA/MONROE — The Pella and Pella Christian boys golf teams battled warm days to advance to districts as teams while Oskaloosa fell short of qualifying as a team but was able to get one individual through in Johnathon Terpstra.

For Pella, who won the sectional by 20 shots with their score of 309, they scorched Edmundson Golf Course with four boys in the top six led by another medalist effort from Will Simpson, who finished with his second straight sub-70 round with a 67 (3-under). He would be followed by Cade McGinley (4th, 79), Ayden Gordon (5th, 81) and AJ Hoekstra (6th, 82).

Oskaloosa would finish fourth with a team score of 339, 10 shots out of second place. The highlight of the day would come from Terpstra, who qualified for districts as an individual after shooting an 83 and taking 11th. Terpstra struggled on the front nine but bounced back to shoot seven shots better on the back with a 15-foot birdie putt finishing off his day.

Ryan Carriker and Carter Blanco would both battle to shoot 85 while Keaton Flaherty finished up his high school career with an 86.

“Team results were not where we wanted, but the guys all played their hearts out and I'm very proud of each and every one of them,” Oskaloosa head coach Bret Foster said. “It was a tough spring to play in cold, wind and rain all year and then to transition to 95 degree weather on a qualifying day. Proud of all the kids this year, love this team and we are wishing Johnathon the best of luck next week.”

Meanwhile over at Gateway Recreation Golf Course, Pella Christian finished second as a team on the day with a score of 326 to advance to districts.

Eliot Menninga earned the low score on the day to take the medalist honors with his round of 73 while Isaiah Breems was not far behind in fourth with his 78. Dane Geetings carded an 87 while Kyle Gao rounded out the scoring with his 88.

Pella will return home to the friendly confines of Bos Landen for the district meet on Monday while Pella Christian will go Lincoln Valley Golf Course in State Center for their district meet and shot at state.