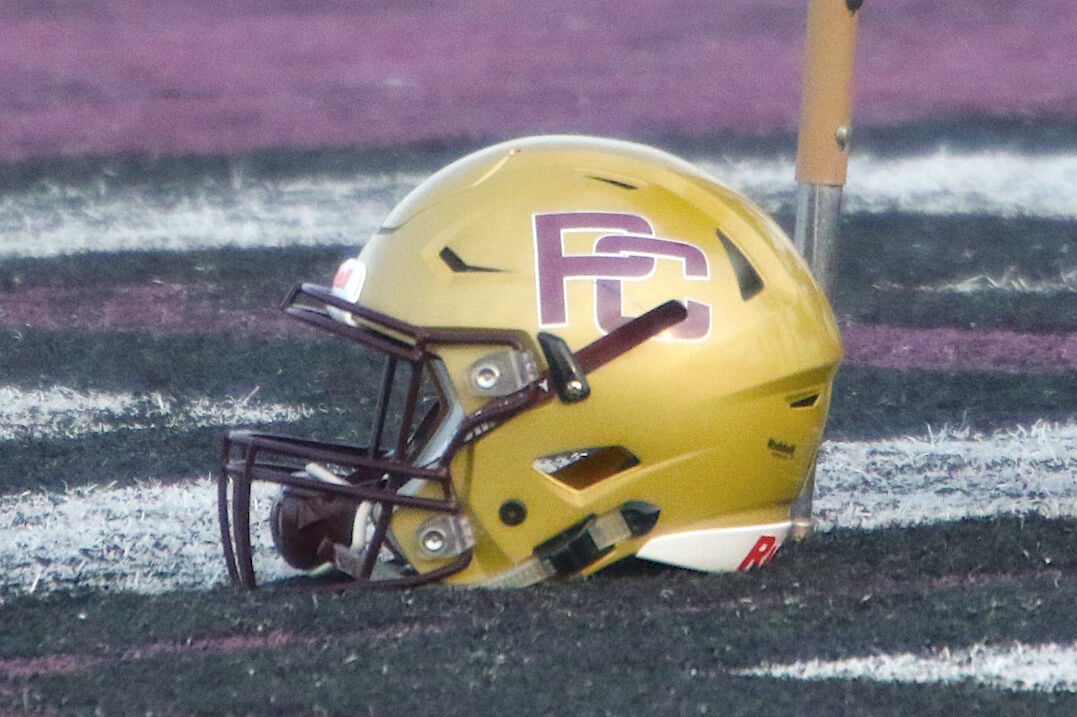 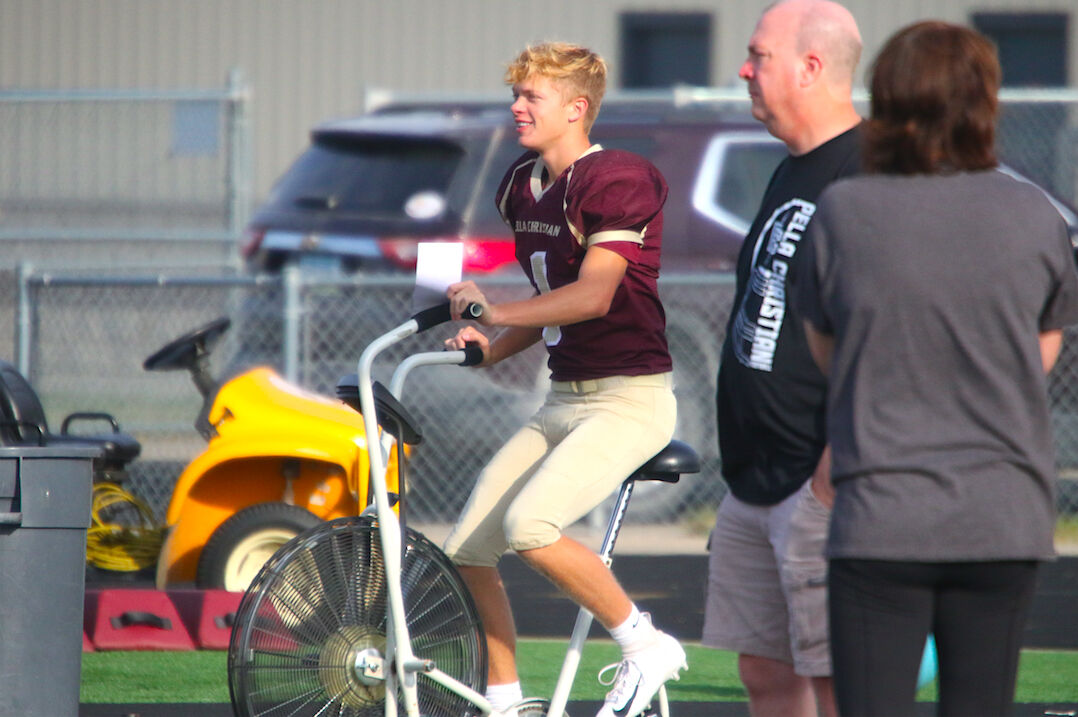 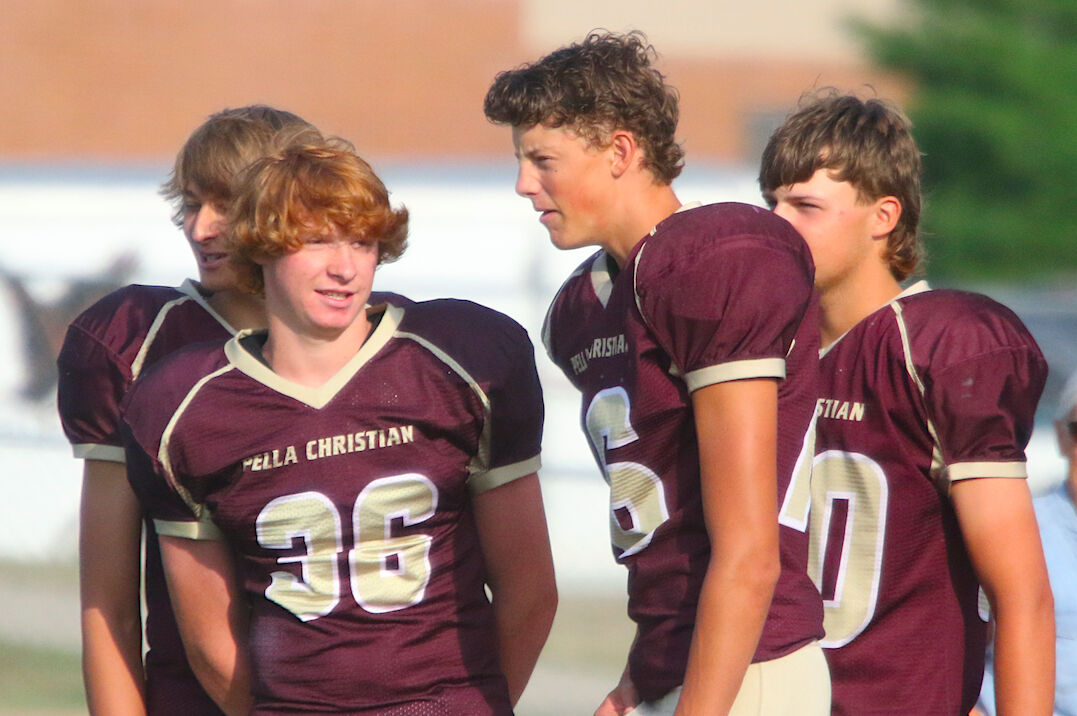 Pella Christian players wait around for their photos during picture day.

Pella Christian players wait around for their photos during picture day.

PELLA — The Eagles dropped their first four games before racking off five straight wins to make the postseason for a sixth straight season. Pella Christian won’t have to worry about that this year with every team making the postseason this year.

The Eagles lost nine seniors from last year’s playoff team but will enjoy having 17 letterwinners back with the team in 2020.

The big story going into camp was going to be who would fill in for third team all-state quarterback Dan Jungling, who graduated after joining the 1,000/1,000 club last season throwing for 1,282 yards with 11 touchdowns against seven interceptions while also being a huge threat on the ground with 954 rushing yards on 131 carries (7.3 yards per carry) with 16 touchdowns.

It has been a four-person battle for the starting quarterback job with several youngsters looking to grab the keys to the Eagles’ offense.

Whoever wins the job will have big shoes to fill as he will also have a new running back in the backfield with them with the graduation of Jase Amelse. Cody Boender returns after tallying 43 carries for 286 yards and two touchdowns. He could see more touches this season.

Pella Christian loses their top targets at wide receiver but do return big 6-foot-5, 220-pound senior tight end Luke Mulder. Mulder, who figures to be a leader on both sides of the ball, caught eight passes for 85 last year as he could be a nice target for the new quarterback.

Defensively, Mulder was a force on the line in 2019, leading the team in tackles with 61 including 15.5 tackles for loss and 4.5 sacks. He should get a lot of double teams this year and force teams to run to the other side.

Spronk and Drew Geetings both had 30 tackles last year and should bring some experience to the Pella Christian defense. With Mulder getting a lot of attention, watch for Boender to take advantage of that after finishing with 23.5 tackles and two sacks last season.

Pella Christian picked up a pair of 2A teams for their non-district games to kick off the season in Des Moines Christian and PCM. Both teams have enjoyed success and playoff appearances in recent years but lose a lot going into this season.

After going undefeated in district play last year, the Eagles will see some familiar faces again this season with games against Pleasantville, Colfax-Mingo and I-35. They defeated all three by 28-plus points last season.

“We have a strong line and speed at the skill positions,” Pella Christian head coach Richard Kacmarynski said. “Our district will be tough but we think we can be district champs in 2020.”

Class 1A District 7 at a glance

Outlook — Had a similar season to PC last year with a tough non-district schedule before coming back to win their district. Should be pretty solid with an experienced QB and WR to go along with a talented lineman in Carson.

Outlook — The Tigerhawks return their leading rusher, their number two receiver and some nice pieces on defense. That being said they have to replace talented quarterback Brady Berkey, who also played defense, kicker and punter. They will either go with inexperienced freshman Joe Earles (6-1, 160) or a smaller QB in junior Colton Lind (5-9, 150).

Outlook — They met Pella Christian in the first round of the playoffs last year. They lose their QB and top two leading rushers but Cassady should be a nice player on both sides of the ball. Watch out for Roquet and Hobart on defense, both had 40-plus tackles and 4-plus sacks in 2019.

Outlook — Not a very big team but will be athletic and aggressive this year. They lose a special group of seniors, nine that started and most on both sides of the ball, from last year but they hope they rubbed off on the returning players. Skill positions bring back some experience which should help.

Outlook — The graduation of Cale Anthony is a huge loss for the Trojans after he rushed for 1,793 yards and 25 touchdowns while also leading the defense with 63 tackles. They return quarterback Caylor Clark but they are a running team that will need to find someone to step up in the ground game and defensively.