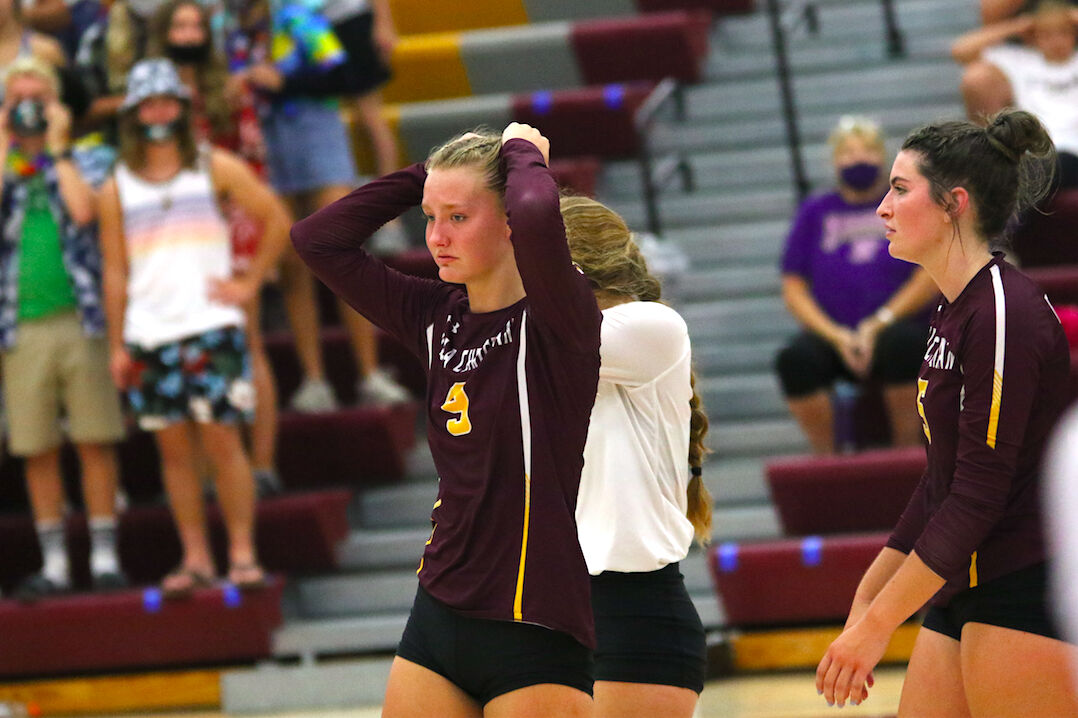 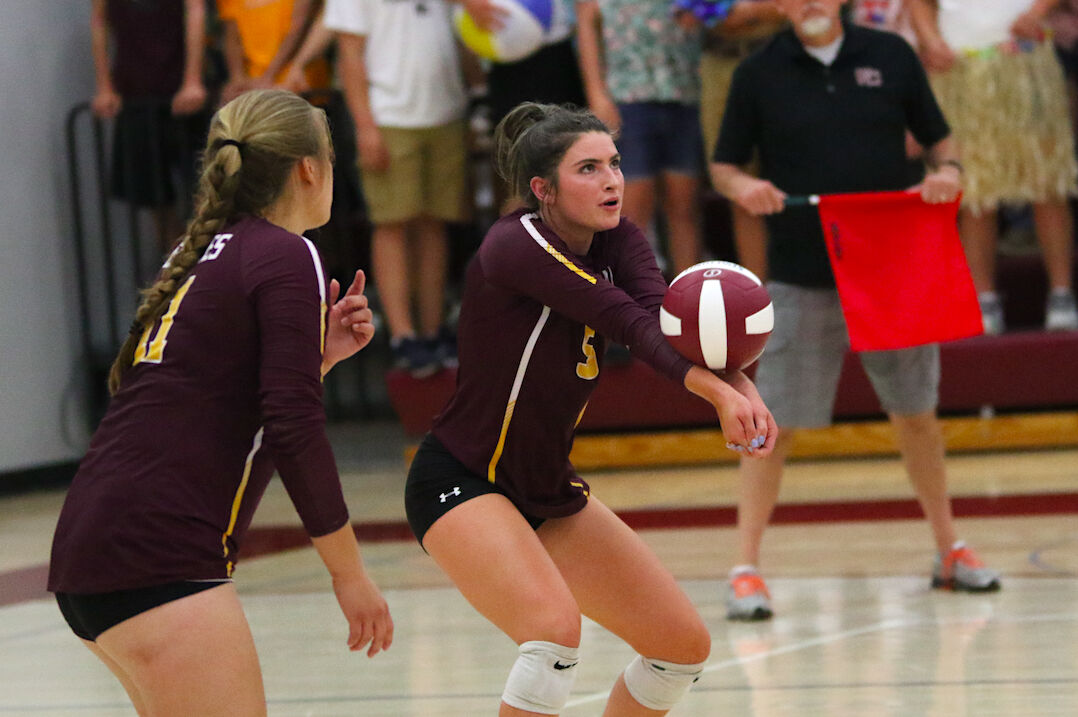 Pella Christian's Avey Amelse (5) gets a dig against Norwalk. 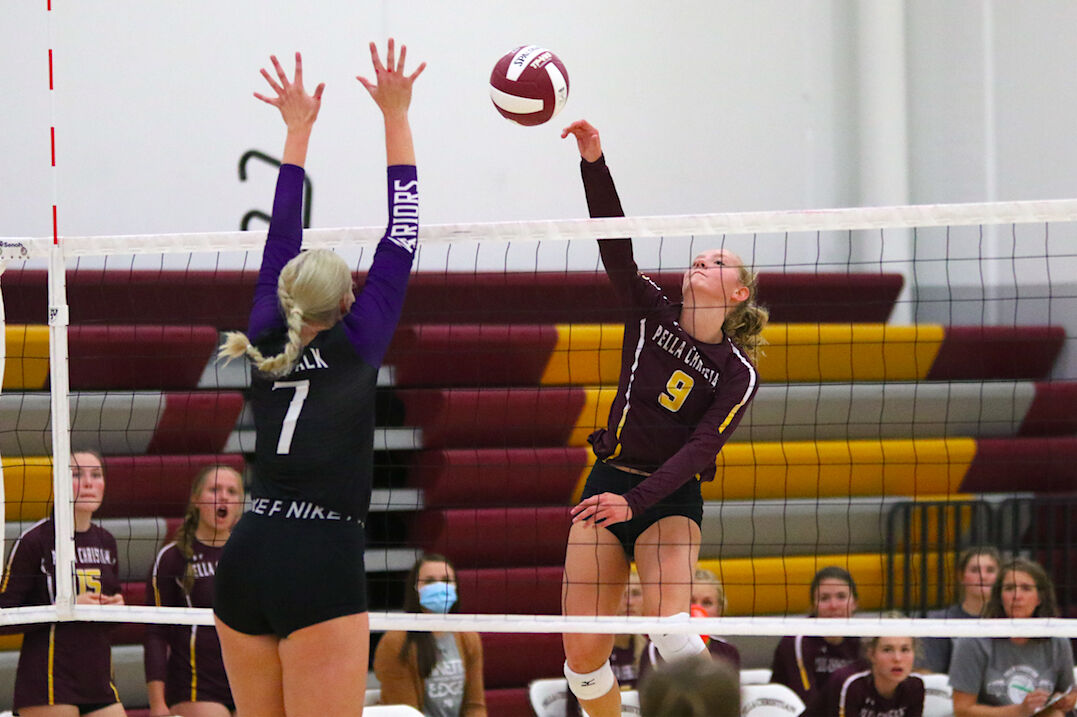 Pella Christian's Sarah Glitters (9) tries to hit the ball past the Norwalk defender. 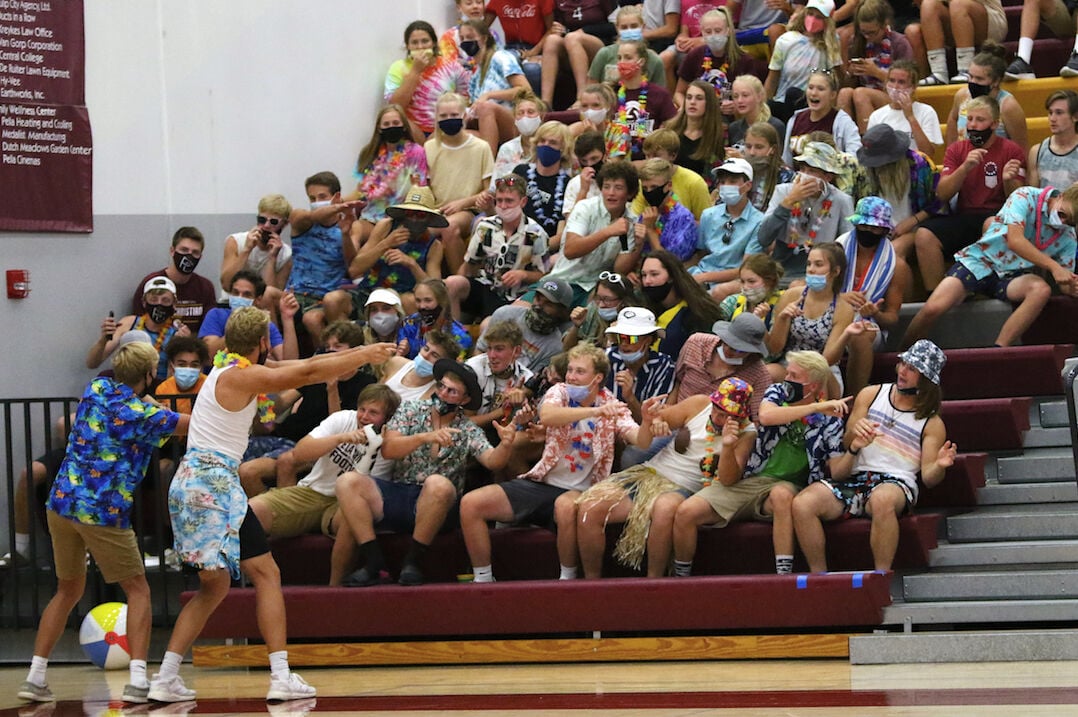 The Pella Christian student section was out in full force for Tuesday night's match.

Pella Christian's Avey Amelse (5) gets a dig against Norwalk.

Pella Christian's Sarah Glitters (9) tries to hit the ball past the Norwalk defender.

The Pella Christian student section was out in full force for Tuesday night's match.

“I’m definitely proud of their effort this evening,” Pella Christian head coach Joanna Settles said. “When you fall in the first set, it’s awesome to come back in set two. It’s such a game of momentum and we had some really great moments tonight, we just need to piece a few more of those moments together.”

The Eagles got off to a bit of a slow start as the errors were racking up early and they found themselves trailing 20-12 in the first set before eventually losing it 25-19.

Pella Christian bounced back nicely in the second set as the two teams were playing tight before three straight aces by Morgan Heinen and a kill from Avey Amelse put the Eagles ahead 21-19.

PC thought they had won the set after a Norwalk kill attempt landed outside of the line. But it was later changed after the judge determined it was tipped by an Eagle. The Warriors would follow up with an ace and cut the deficit to 24-23 forcing a PC timeout.

Right out of the timeout, the Eagles found their top performer on the night in Amelse, who fired a rocket from the backline for the winning point to tie the match at one set a piece.

Amelse was active with and without the ball all night, finishing with a team-high 23 kills with 10 digs.

“She’s hungry for the ball,” Settles said of Amelse. “She wants it on serve receive, she wants it on defense and when she makes that play, she can really pound the ball so our outsides were doing an excellent job.”

Norwalk led 8-7 early in the third set despite a couple of rare rotation errors to give PC a couple of free points. The errors from the first set started to creep back for the Eagles and they would find themselves trailing 20-16.

There was some good back-and-forth volleyball to end the set but it would ultimately go to Norwalk 25-21 as they held their four point advantage.

With their backs against the wall, Pella Christian came out hungry in the fourth set as they tried to force a fifth.

The Eagles would jump ahead to a 15-6 lead as they were playing great team volleyball with everyone getting involved.

Norwalk slowly started to get back into the mix as they cut the deficit to 20-15 to force a PC timeout. As it was all night, there were a couple of great hard-earned points late in the set as the Eagles would take it 25-22 and force a decisive fifth set.

Both teams were leaving it all out there in the final set but it was the Warriors prevailing late, winning five of the last six points to take the set 15-9 and the match 3-2.

Natalie Harrill made some nice defensive plays, finishing with a team-high 14 digs while Kyah Camberlin was also a huge presence defensively with nine digs and four blocks.

The Eagles will look to learn from their miscues and head on the road to finish out the week.

“You can always get a little better at serving and some passing,” Settles said. “I thought we did a good job at keeping them out of their system this evening, which let us be in every single set. I think it starts mentally, turning those weaknesses into strengths and get back at it again tomorrow and try to gel more as a team every single day.”