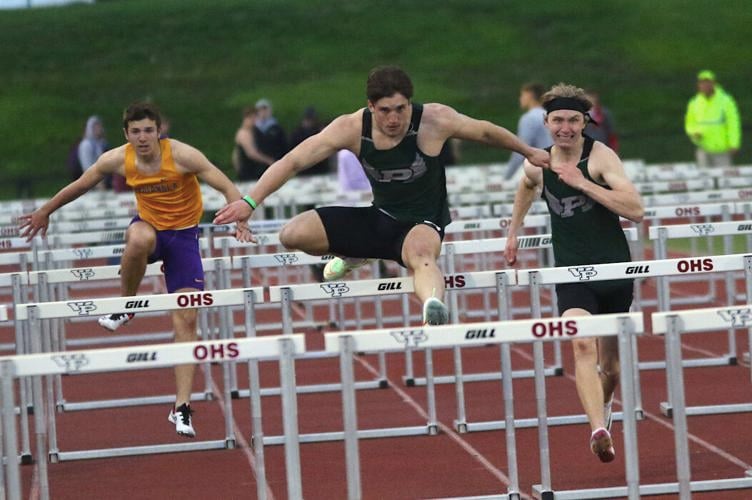 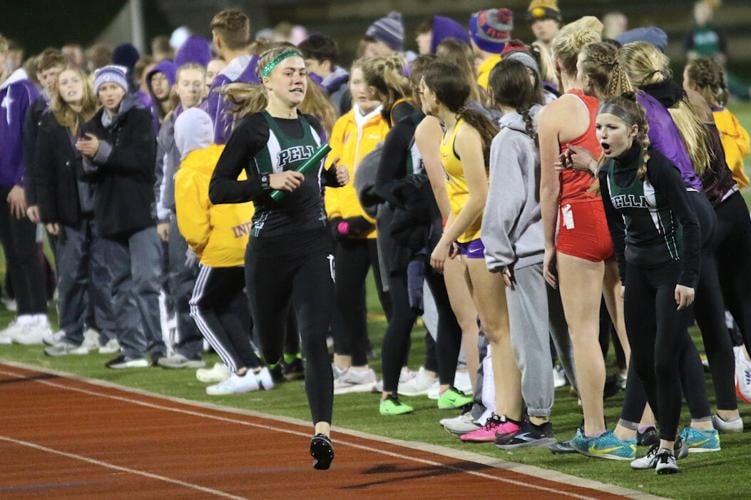 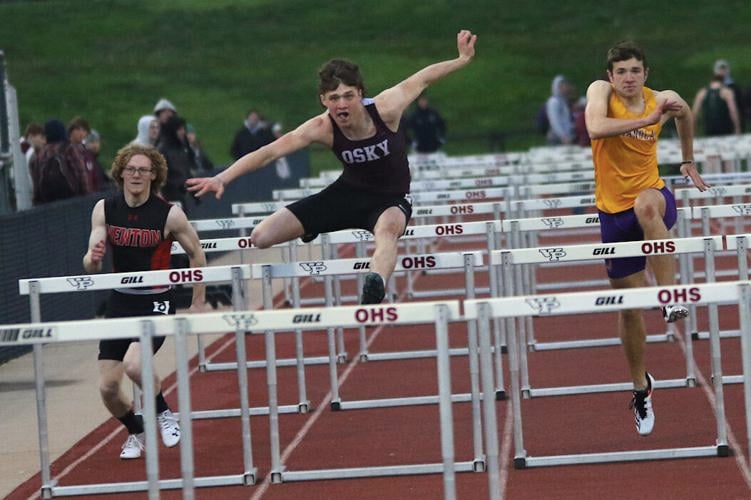 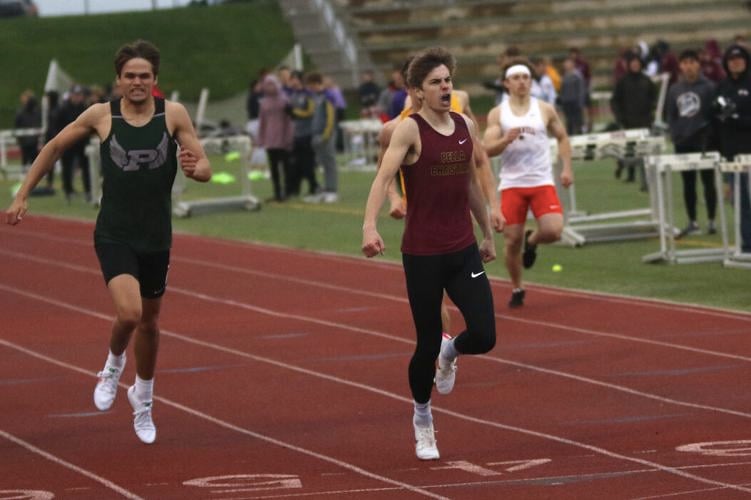 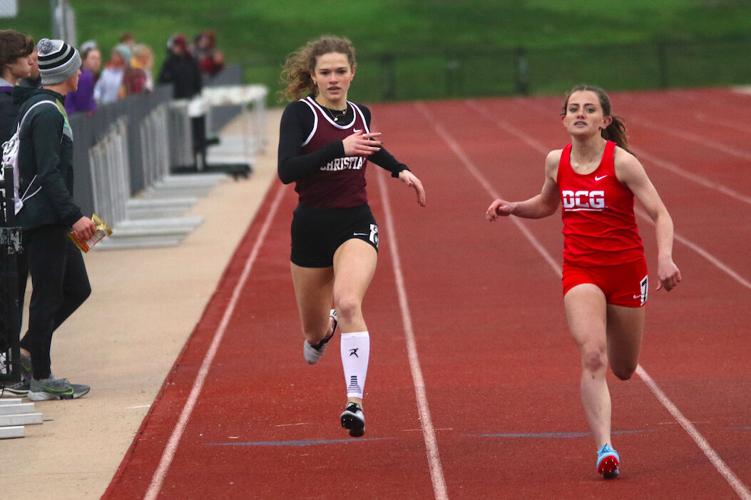 OSKALOOSA — For the first time since 2019 and the seventh time since 2012, the Pella boys track and field team were able to hoist the Clark Holthaus Memorial trophy on Tuesday night after winning the Little Hawkeye Conference title.

The Pella boys ran away with 177 points, 38 ahead of second place Indianola while the Pella girls also showed well by taking runner up with 135.5 points. Oskaloosa saw their boys take seventh and girls take fifth while Pella Christian’s boys were sixth and girls were eighth.

The Dutch also got several top five finishes in their medium and long distance individual and relay runs to get some good points. They also had a big night in the hurdles with Nolan Clayberg running a blazing 14.79 in the 110 hurdles to set a new school record. He would finish first while Gage Huyser made it a Pella one-two finish with his time of 15.49. The two then teamed up with Reece Thoreson and Luke Fairchild to win the shuttle hurdle relay with a time of 1:01.37.

The Pella boys would finish off the night by getting a victory from their 4x400 of Jrake Van Hemert, Kenson Fuller, Thoreson and Karl Miller with a time of 3:27.62.

The Pella girls had a lot of good contributions throughout the night and were eventually able to jump Indianola late for second place.

They would ride a pair of wins in the relays with Delanie Reynolds, Calla Kerndt, Kylie Tauke and Emily McMartin taking the 4x100 with a time of 50.46. They would later end the night with Maddie Schmitz, Mara Schiebout, Macy Schroeder and Jacie Trine racing to a win in the 4x400 with a time of 4:11.52.

“I couldn't be more proud of how the girls performed tonight,” Pella girls head coach Dak Rasmussen said. “We scored points in all but one event and had 18 season best performances. I don't think many people had us picked for second, so it was amazing to see the girls step up their efforts and really push Norwalk. Raegan Snieder, Abbey Bogaards, Macy Schroeder, and Jacie Trine really stood out in what was truly a team effort.”

After seeing their last three home meets cancelled, Oskaloosa was finally able to play host to a track meet on Tuesday in their backyard at Statesmen Community Stadium.

The boys were able bring home a couple of good results on the night led by a strong night from Patrick De Ronde, who took on a busy night running in four tough events, placing in each of them.

Westercamp claimed the best result for the Indians with his third place finish in the 110 hurdles with a time of 15.89.

The Oskaloosa girls were led by four conference champs. Faith DeRonde swept the throws, winning the discus at 137-3 and the shot put at 40-8.25. Jordan Czerwinski would win the 400 hurdles with a time of 1:09.35 and Maleah Walker would tie the school record in the long jump to win with her jump of 18-0. That jump tied her with Taylor Richardson, who set the school record in 2014.

Walker didn’t finish there as she would take second in the 100 while tying another school record along the way previously held by Kristy Roozeboom in 1976 with a time of 12.35. She also placed third in the 400 and the 200.

“We talked to the girls about how tough this meet was going to be and how you just need to go out and compete and good things will happen,” Oskaloosa girls head coach Betsy Luck said. “The coaches are proud of the efforts of the entire team tonight.”

The Pella Christian boys had one champion on the night on their way to a sixth place finish as a team. Levi Schelhaas raced to a win in the 400 with his time of 50.35 while also putting in a strong second place finish in the 200 at 22.70.

The Eagles also had good showings in the field events with Landon Fransman and Drew Geetings taking third and fourth, respectively, in the high jump after clearing the bar at 5-foot-10. Trevor Veenstra would also get a pair of top five finishes in the throws. His throw of 153-4 was good enough for third in the discus while his throw of 46-9.5 gave him fourth in the shot put.

The Pella Christian girls squad had a pair of top five finishes on their way to an eighth place team finish. Anna DeBoef raced to fifth in the 400 at 1:03.62 while the quartet of Ellison Ritzert, Faith Kacmarynski, DeBoef and Amelia Boender were fifth in the sprint medley with their time of 2:03.06.

Area teams will try to sprinkle in a one or two more meets before next week’s state qualifiers.