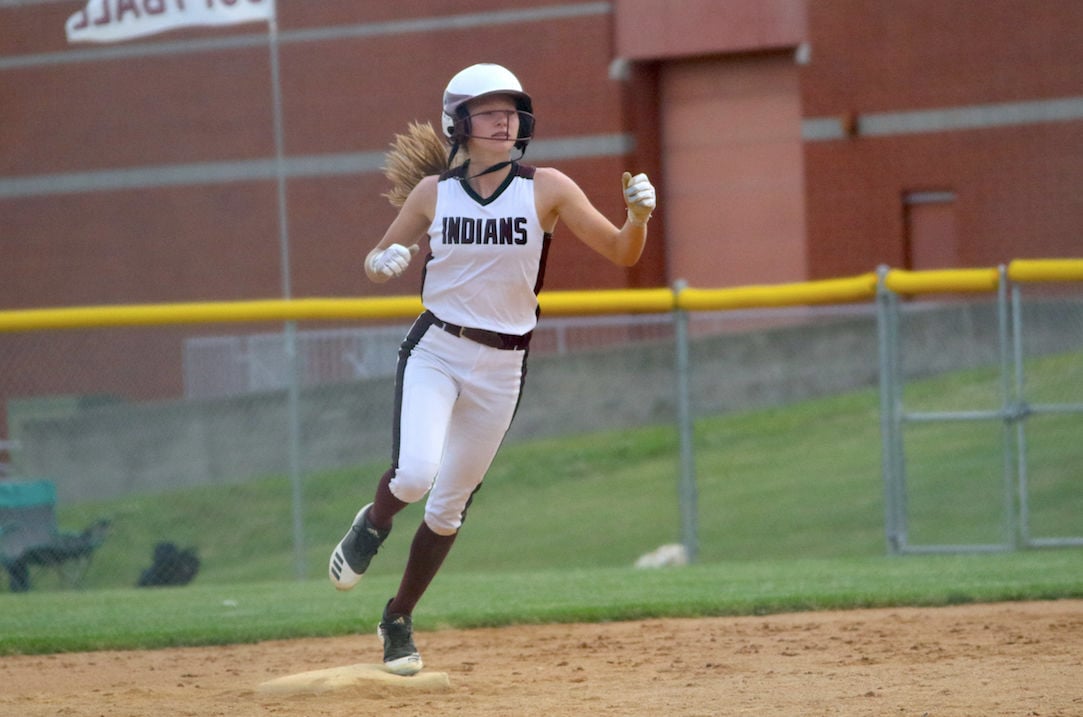 Oskaloosa's Maleah Walker rounds second base after hitting a home run against Pella. 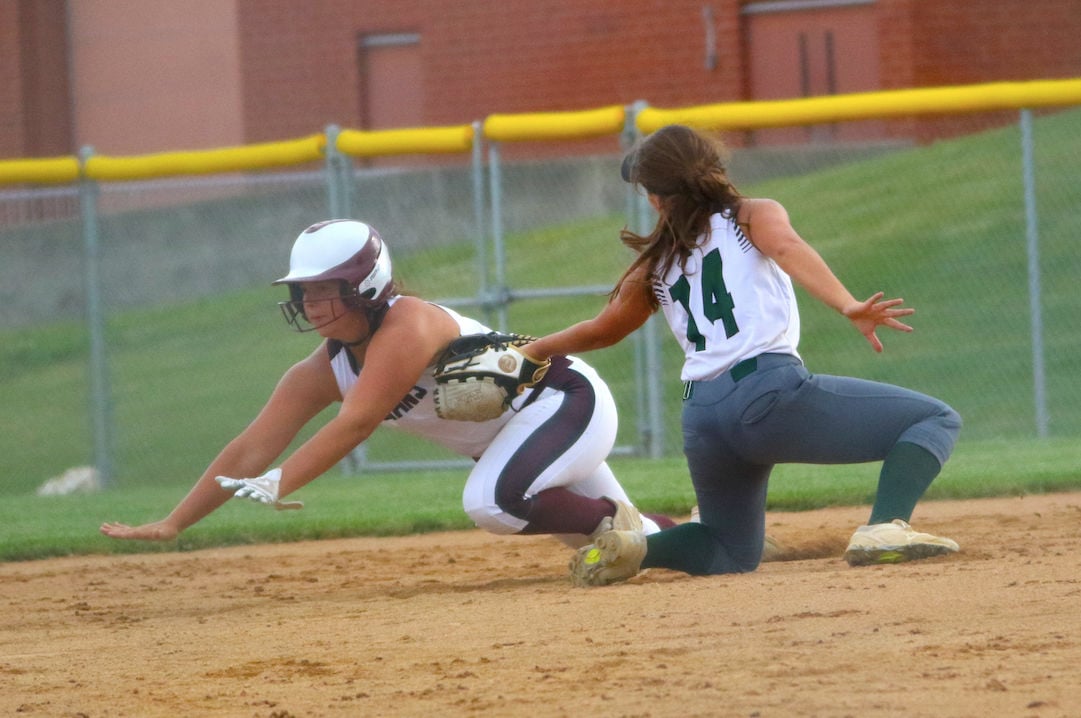 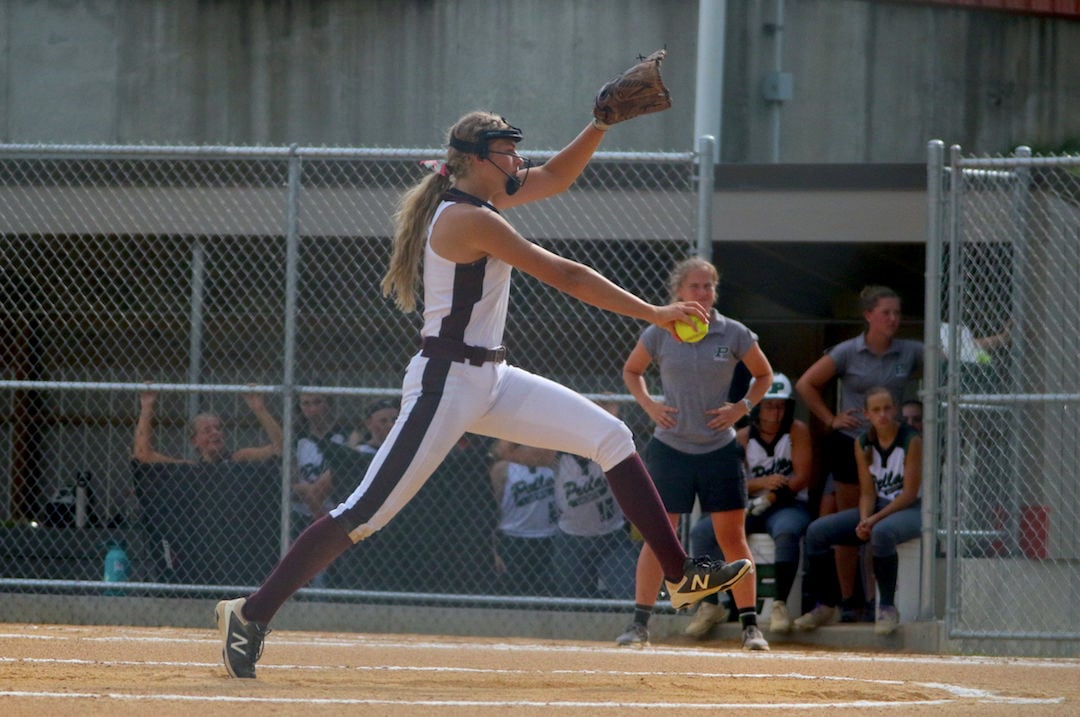 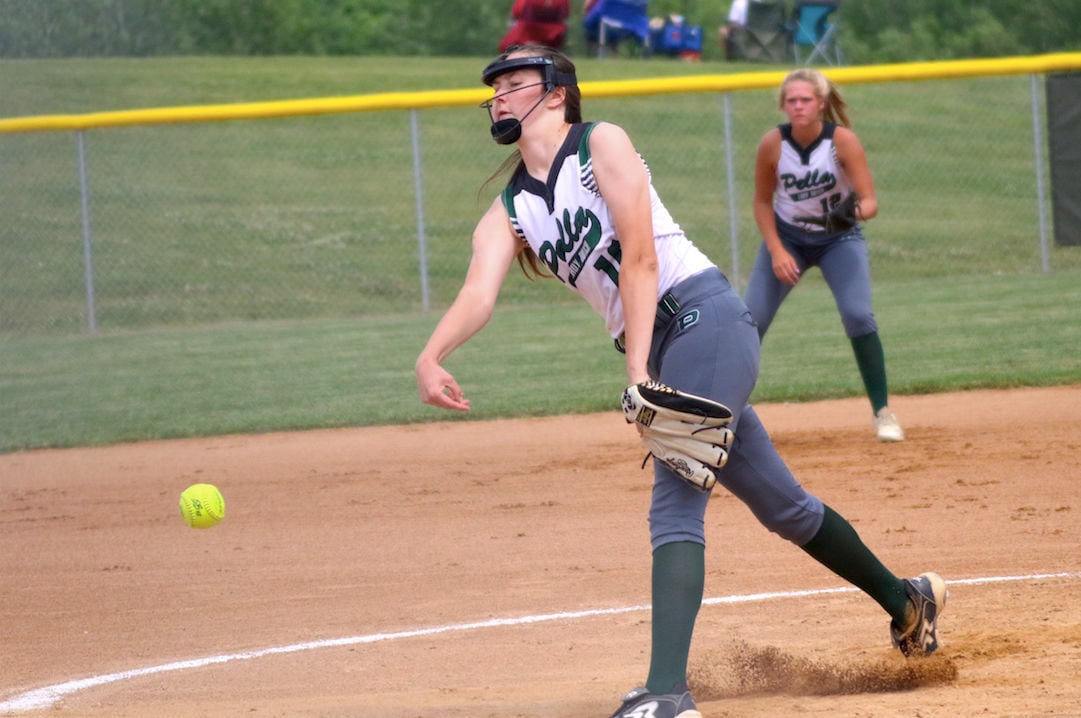 Oskaloosa's Maleah Walker rounds second base after hitting a home run against Pella.

OSKALOOSA — There were some tired legs coming into Friday as game times had to move up due to an impending storm as No. 8 (4A) Oskaloosa met Pella for a doubleheader. It was both team’s fifth and sixth games on the week as the Indians would sweep the Lady Dutch 5-3 and 8-0.

Pella, who came into the night with a record of 1-7, played the ranked Indians tough including holding an early lead in game one.

“That’s one thing about Pella, they always scrap,” Osky head coach Jay Harms said. “They’re not going to give up and I thought they played well. First game they had us on the ropes and we had to find some ways to get it done. I was telling the kids sometimes you hit to win games and sometimes you just need to put the ball in play and get bunts down and play small ball.”

Trailing 2-0 in the third, Oskaloosa found their bats with Taylor Wills laying down a bunt with the squeeze play on, scoring Maleah Walker from third. Ava Vande Wall would then ground out with Pella allowing another run to score to tie the game. A Taylor Tousey wild pitch would then bring in the go-ahead run from third.

The Lady Dutch would threaten in the fourth inning, loading the bases with one out. Oskaloosa would escape after getting a force out at home then a fly out to end the inning and hold their 3-2 advantage.

Pella stranded two more runners on base in the sixth as a runner’s interference call was made after Brynnlin Kroymann ran into Osky shortstop Maddie Haines as she was trying to field a ground ball.

The Indians would come back to get a pair of insurance runs in the bottom of the sixth with Sophia Dykstra’s ground out scoring one run with another run later scoring after initially looking out but the call was altered due to Pella catcher Tori Van Vark blocking the base path.

Pella looked for one last rally with Thea Wisse’s RBI groundout bringing the tying run up to the plate with two outs. It was the hottest hitter of the game in the box but Kroymann would fly out to second base to finish the game 4-for-5 and give Oskaloosa game one.

Hayle Hacker pitched a complete game for the Indians to get the win, giving up three runs, one earned, on eight hits with four walks and five strikeouts.

Game two was tight early on with the only run coming in the first on a Dykstra infield single scoring a run from third to give Oskaloosa a 1-0 lead.

The Indians would later open it up by scoring seven runs in the final three innings, many of those coming due to six Pella errors in the game. Besides the errors, Walker launched a leadoff home run over the leftfield fence to start the sixth inning with Haines’ RBI single later in the inning bringing in Osky’s eighth run of the game.

With the extended lead, Harms was able to substitute some of his starters to rest their legs after a busy week of softball.

“We’re a tired bunch right now,” Harms said. “We had five games in three days so legs are tired and we took a few of our starters out. Meghan Moorman’s legs were tired after she caught a doubleheader last night and tried to catch two today but her are shot so we had a chance to play everybody.”

Oskaloosa got another impressive performance from Faith DeRonde on the rubber. She would pick up the complete-game shutout, giving up just three hits and two walks with six strikeouts.

DeRonde improved to 3-0 on the season as she has 33 strikeouts in 23 2/3 innings while only giving up one run to help her sport a minuscule 0.30 ERA.

After starting the week with a pair of losses to Albia and Norwalk, Oskaloosa was able to bounce back with back-to-back doubleheader sweeps in less than 24 hours to cap off the week.

“We talked about maybe we lose one game and we’d still really happen and then we go 4-2 and that’s still a really good week and the kids hung in there and battled,” Harms said. “We had to move the time up and everything changes now you’re going to play at 3 p.m. in the afternoon and you’re thinking are we going to get rained out? We’re just happy to be able to get the two wins and with a big week next week, we just have to keep playing and before you know it it will be tournament time.”