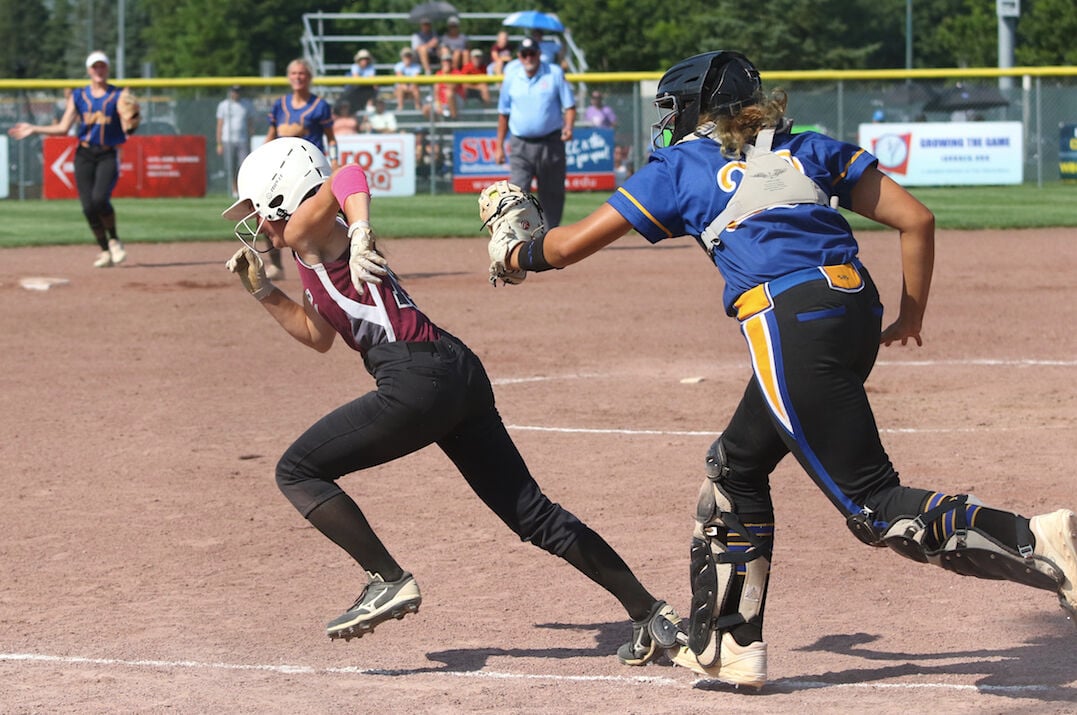 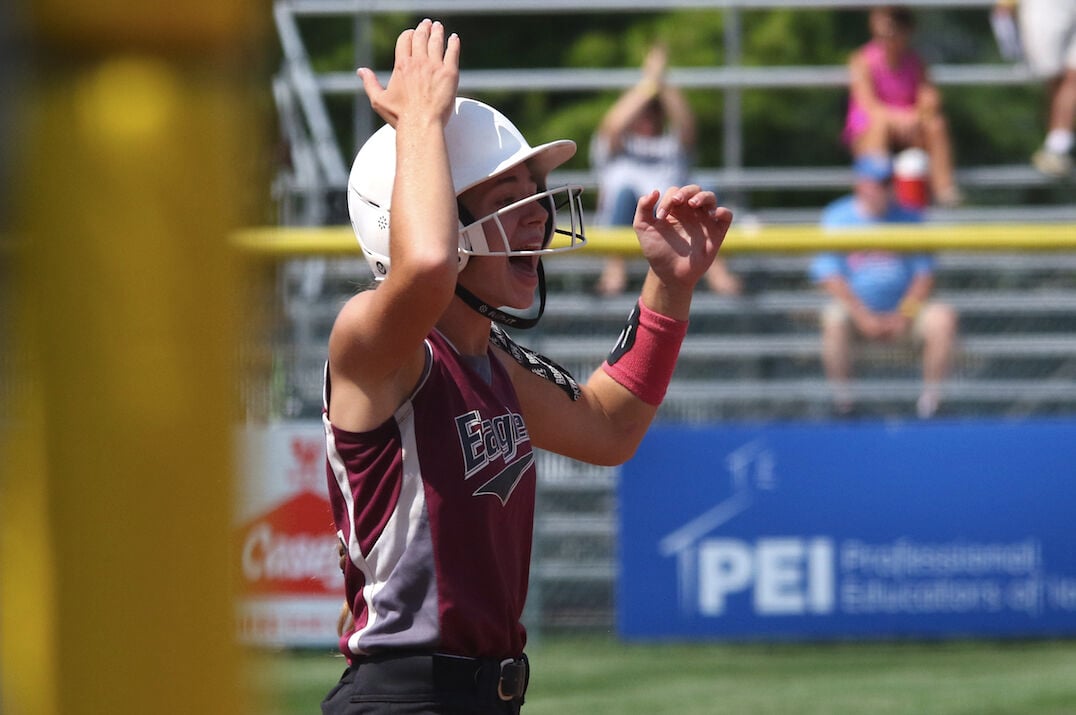 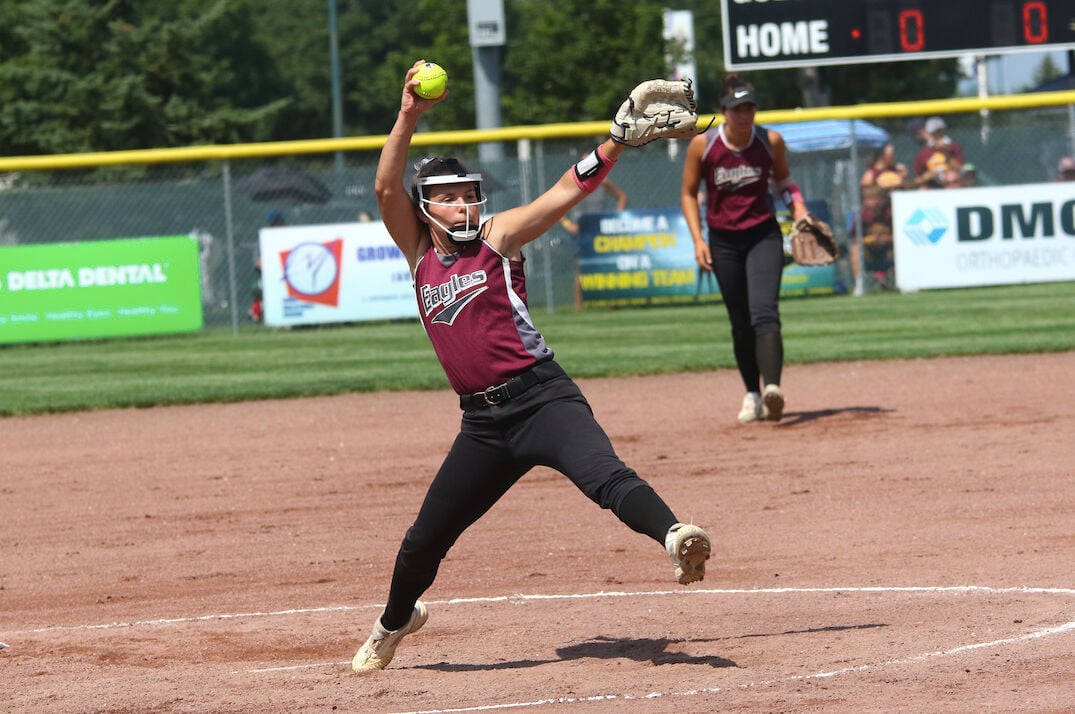 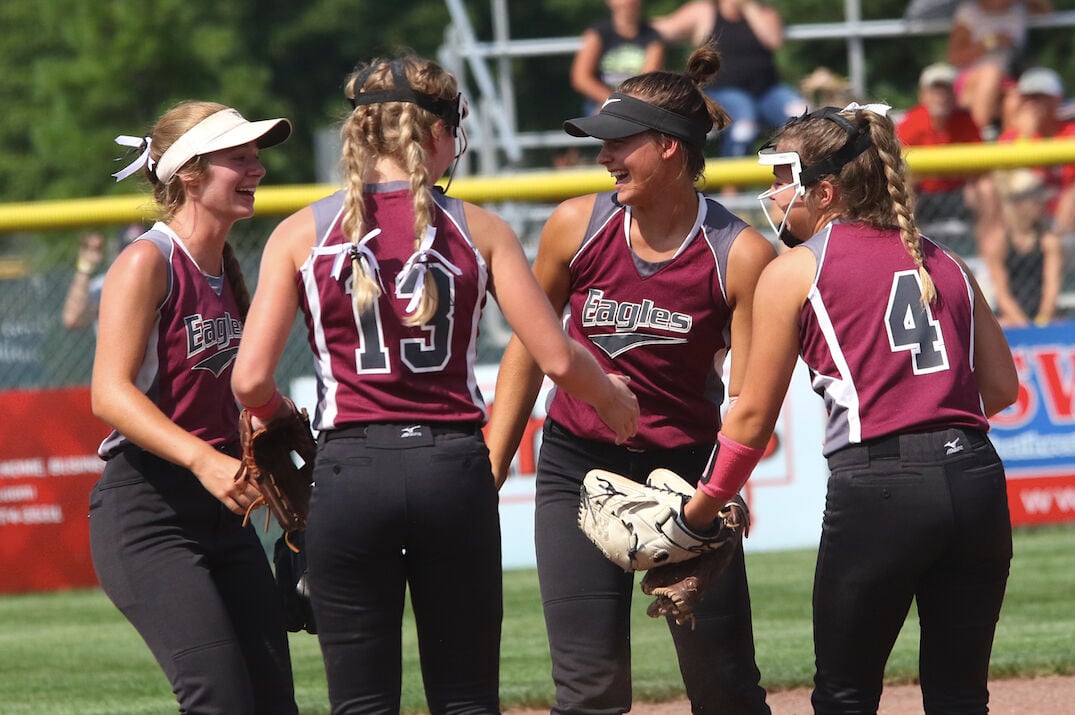 Pella Christian celebrates after making an out at second against Wilton

Pella Christian celebrates after making an out at second against Wilton

FORT DODGE — When trying to knock off the top-seeded team in the tournament, the margin for error is very thin. A couple of miscues by No. 8 Pella Christian compounded at a critical time as their upset bid fell short in a 7-2 loss to No. 1 Wilton on Monday afternoon at the 2A State Softball Tournament in Fort Dodge.

“I'm proud of the kids,” Pella Christian head coach Karen Harrill said. “We came out and smacked it and I think we shocked them. Then we had a couple of miscues and when that happened we lost our energy and you can't do that here. We lost some energy and when we lost energy, they gained energy. We just needed to keep up with them and we couldn’t.”

Pella Christian got off to a great start and Faith Kacmarynski and Emri Agre both getting on for Natalie Harrill, who plated both with a rocket of a double into the left-center gap to give the Eagles an early 2-0 lead.

Wilton would respond in the bottom of the inning with Peyton Souhrada knocking a two-RBI single before stranding two runners in scoring position.

The Beavers would take the lead in the bottom of the second when the nine hole hitter, Charlotte Brown would take one deep to left for a solo home run.

PC had a good chance to keep up the scoring with Wilton in the fourth as they loaded the bases with no outs. But Wilton’s Mila Johnson responded with two huge strikeouts and a fly out to get out of the jam.

The Eagles looked to bounce back in the fifth with the top of the order coming up. They would have runners on first and second for Emma Eekhoff who would single up the middle. Harrill would send the speedy Agre around third heading for home but she would be gunned out while Natalie Harrill got caught in-between second and third and got into a rundown for a very unconventional inning-ending double play.

The Beavers saw an opportunity to pounce on a huge momentum shift and took advantage of it as they added a pair of insurance runs in the fourth and the sixth while retiring the next six PC batters to end the game.

Natalie Harrill finished with a double and two RBIs while Agre reached twice on walks. Alexa Dunsbergen suffered the loss after giving up seven runs on 15 hits with one walk and one strikeout in six innings of work in the circle.

The Pella Christian fans traveled well to see their Eagles making their first state tournament appearance in 31 years. Harrill knows what kind of impact this could have on the team and the community for years to come.

“This is a huge stage,” Karen Harrill said. “We had tons of kids in the crowd. We had tons of people here I mean look at all the Pella Christian people. This is going to be something that maybe future generations are going to say yeah let's go do that because now we see what it is all about.”

From a team that went through the riggers of Little Hawkeye Conference play to getting to play the number one team at state despite a sub-.500 record, PC is taking the experience in stride while enjoying the ride this week at Fort Dodge.

“I'm tickled right now with this program and I'm tickled with these kids and how they fought and how they want to stay together,” Harrill said. “It’s been a great year. It has it's ups and downs but that's okay. It’s kind of like that game, we had some ups and downs in that game and we still fought through it.”