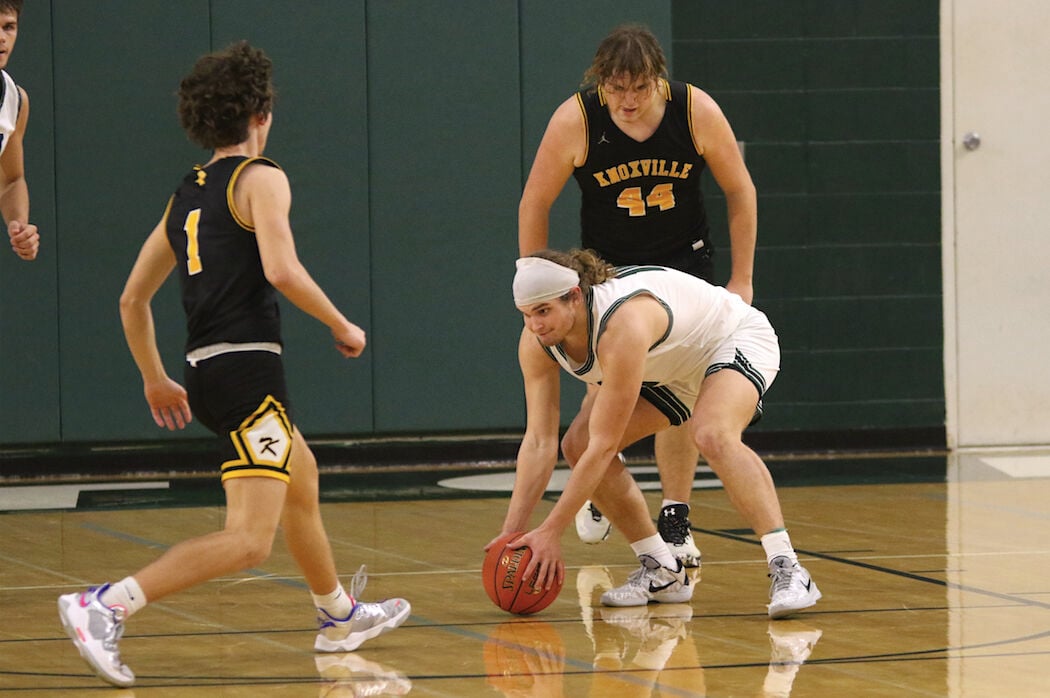 Pella's Preston Rowe had a team-high three steals against Knoxville 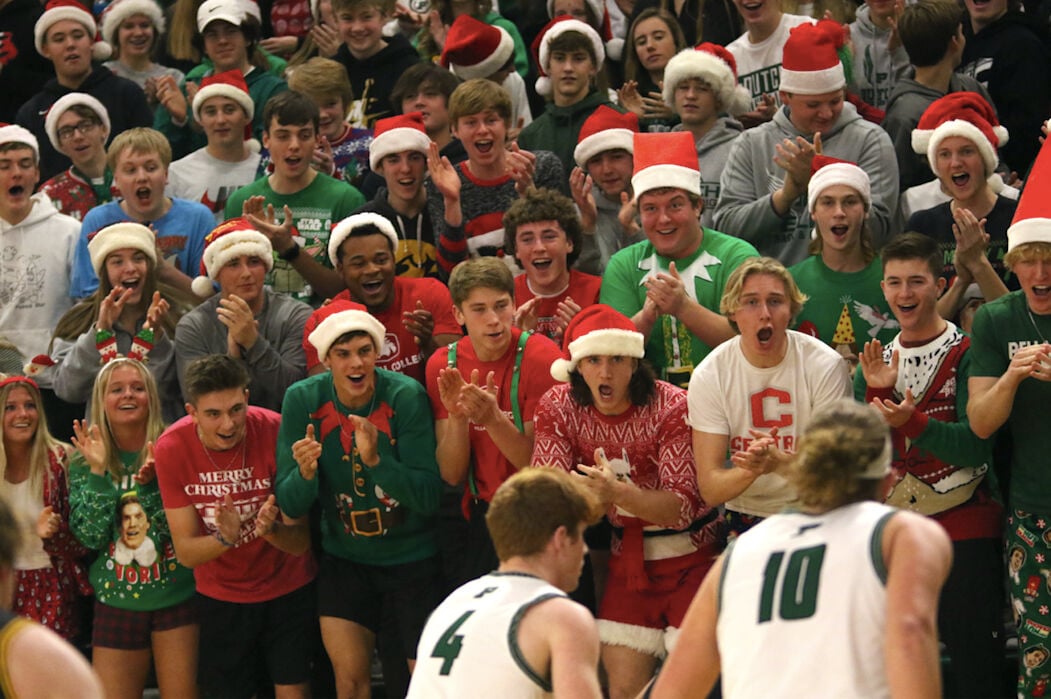 The Pella student section was in a festive spirit on Tuesday

Pella's Preston Rowe had a team-high three steals against Knoxville

The Pella student section was in a festive spirit on Tuesday

PELLA — After suffering a couple of tough early season losses, No. 10 Pella has finished off 2021 strong with three straight wins including Tuesday’s 81-30 thumping of Knoxville.

“It was great to see us respond after those two losses,” Pella head coach Derek Schulte said. “These last three games we’ve had balanced scoring and we played with great pace. Tonight we had a goal that we wanted 20 assists. To share the basketball and our unselfishness and willingness to find that open guy led to opportunities. Obviously we hit some threes early and that helped us I thought defensively as well.”

Both sides exchanged buckets early on with both getting up and down well, but a quick runout saw Noah Allen lob one up for Parker Elder and throw down to put the Dutch in front 12-7. Allen also had his outside shot working early on with three triples in the opening quarter. A Chase Lauman layup just before the buzzer gave Pella a 23-10 lead after finishing the quarter on an 11-3 run.

The Dutch started to jump passing lanes in the second quarter and ran out to a 9-0 run in what ended up being a 28-8 quarter in advantage of Pella to balloon their lead to 51-18 at the break.

Pella was able to empty the bench with the running clock in the second half and the coaches, back in their green pants for the first time since their title run a year ago, were pleased to see their team roll going into the winter break.

“I was pleased with 11 guys in the scoring column,” Schulte said. “We were able to reward our bench with quality minutes tonight and we have guys that have worked extremely hard, it was great to see that. And then four starters in double figures, I think that's been a big piece. Maybe early on, we needed some games where Karl and Noah go get 20-25, but when we're more balanced, we're tougher to guard. So that's been fun to see.”

A balanced night across the board with Pella tallying 22 assists and 11 different scorers while shooting 53% from the field and only turning the ball over eight times with 16 steals.

Last year Pella had to play the first half of the season with Allen, who was sitting out due to transfer rules after coming over from Newton. Pella has another one of those impact transfers this season in Luke Keitges, who comes over from Knoxville.

The 6-foot-4 junior forward averaged 13.6 points on 52% shooting from the floor and 31% from three along with 8.5 rebounds, 1.5 assists, 1.1 steals and 1.2 blocks a year ago for the Panthers and had to sit this one out against his former teammates as he isn’t varsity eligible until the second week of January.

With the experience of how they handled the Allen transfer a year ago, Schulte is confident and excited to get Keitges into the mix in 2022.

“We're excited over the Christmas break to get a deeper look,” Schulte said of Keitges. “He's had some opportunities at some varsity reserve type games and so on. I’d say it's easy to attack this the right way because he's come in and worked hard. He’s got a great attitude, been a great teammate and is just a solid all-around basketball player. We’re excited to mix him in to work with our guys and see where that chemistry can get to.”