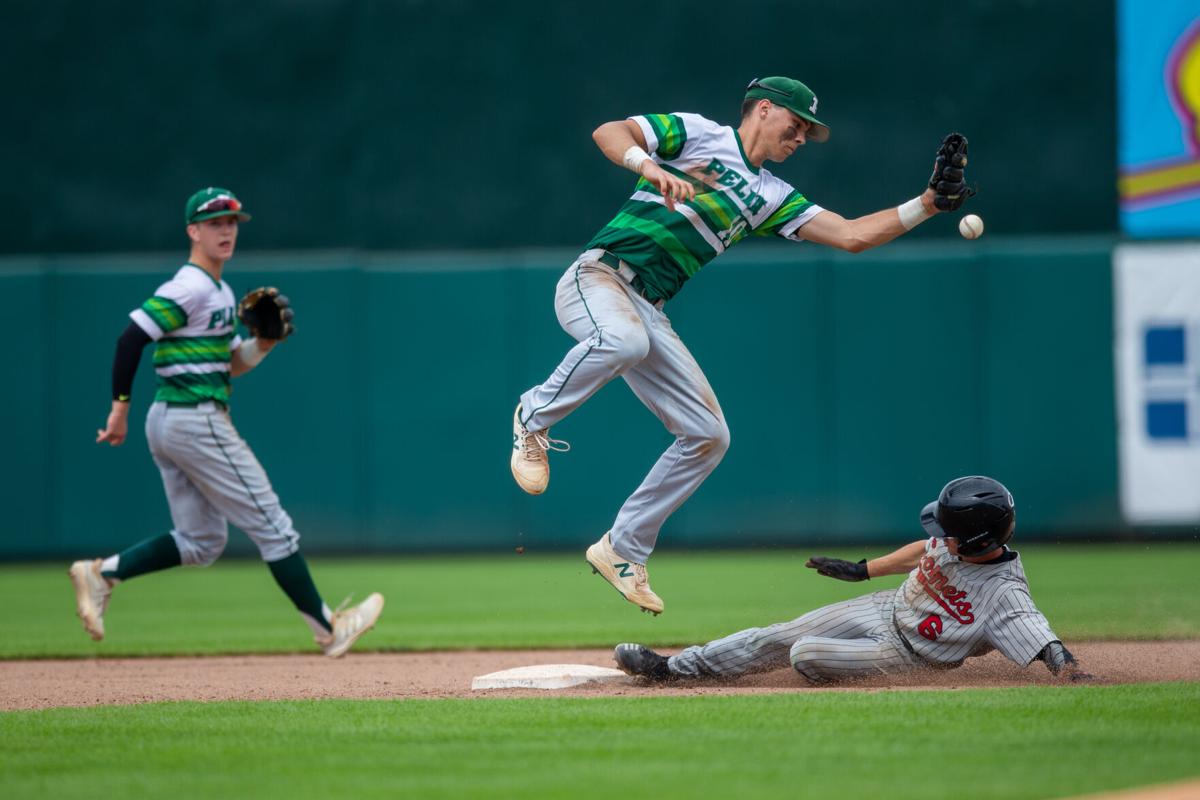 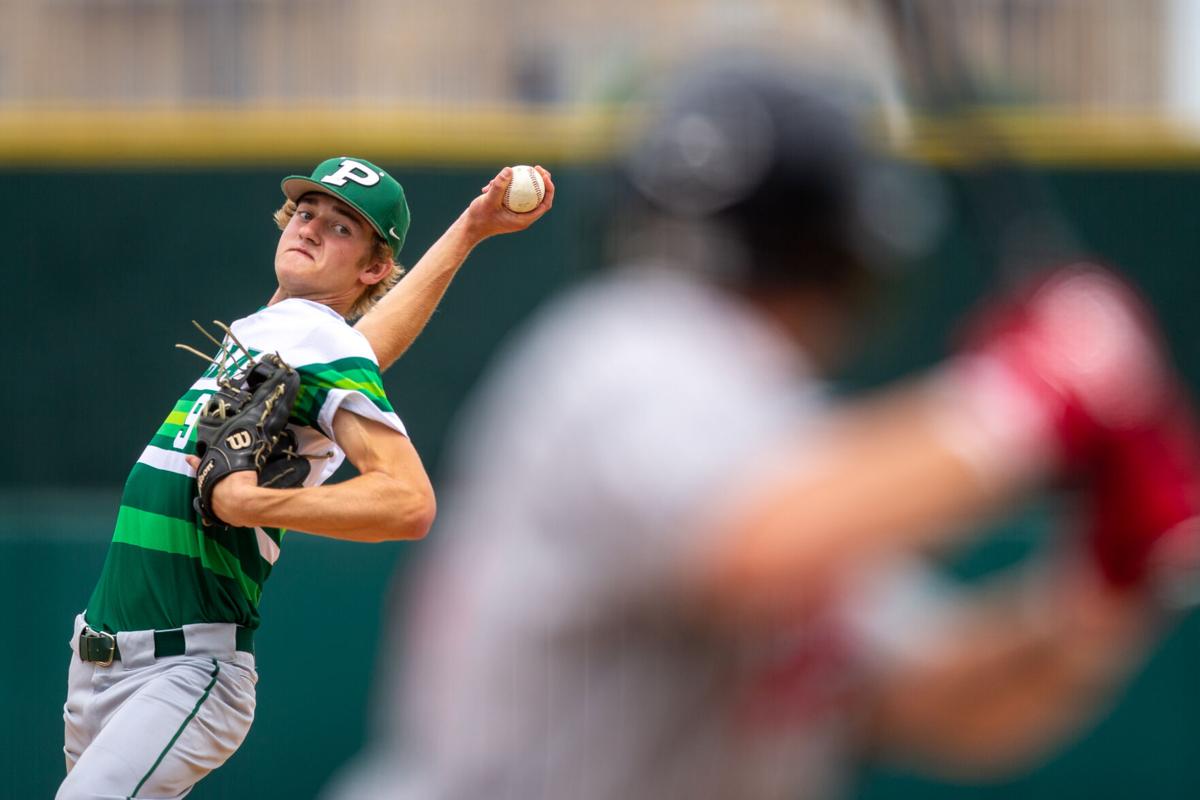 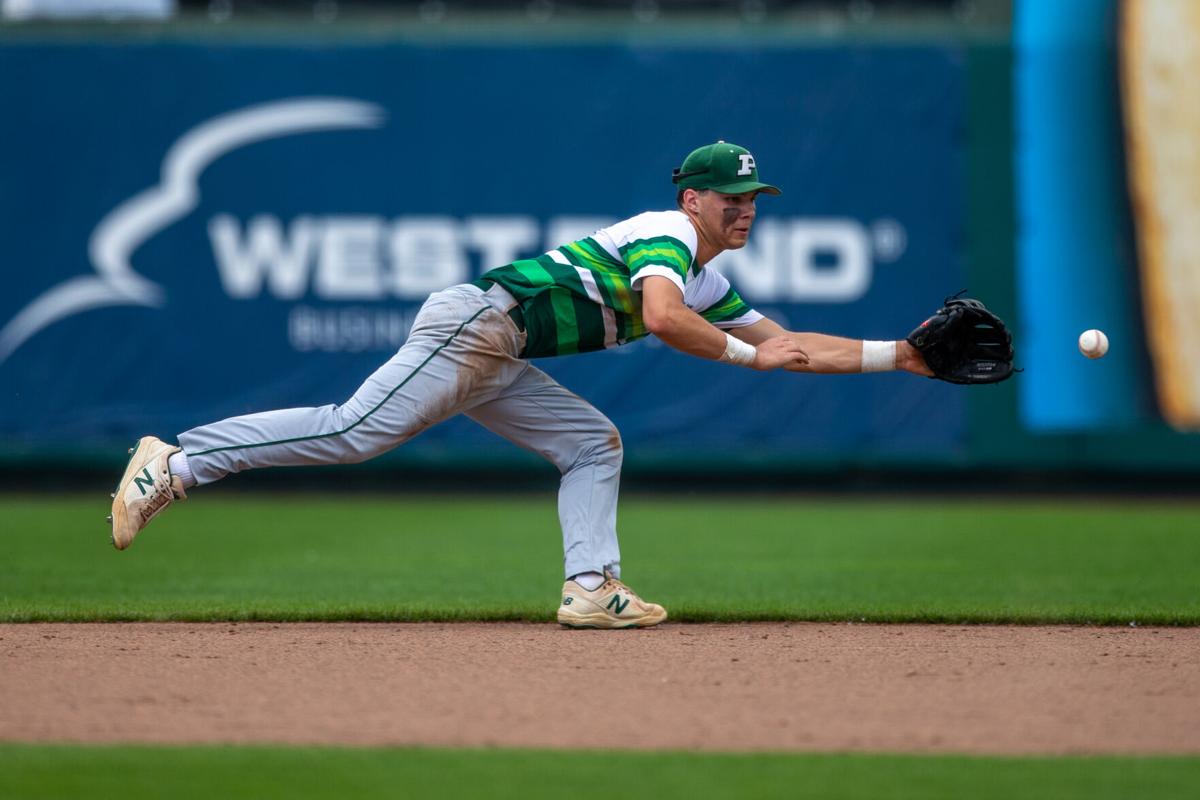 Pella Dutch senior Ryan Mace (10) dives for a ground ball during an Iowa high school baseball game between the Pella Dutch and the North Polk Comets at Principal Park in Des Moines, Iowa, on Tuesday, June 29, 2021. 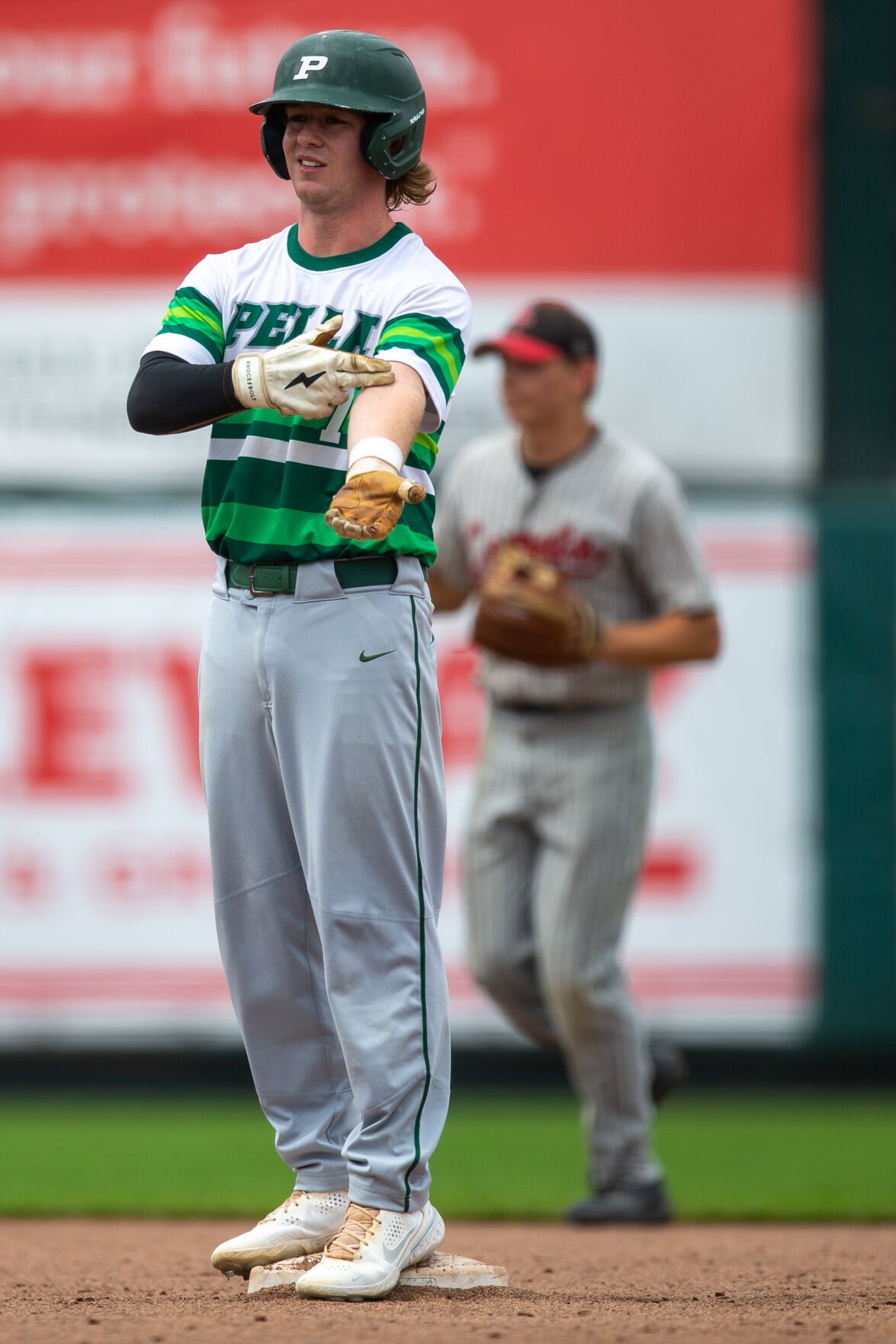 Pella Dutch senior Ryan Mace (10) dives for a ground ball during an Iowa high school baseball game between the Pella Dutch and the North Polk Comets at Principal Park in Des Moines, Iowa, on Tuesday, June 29, 2021.

DES MOINES — It may have been a humid, overcast day, but anytime you get to play at Principal Park you are going to soak it in. The Dutch made the trip north to play in one of the handful of regular season games hosted at Principal Park. One bad inning and a handful of missed opportunities with runners on led to Pella falling to North Polk in Des Moines, 6-2.

Pella grabbed the bats first as they served as the away team for the contest. With two outs in the top of the first, Nick DeJong would rip a double into the left-center field gap to get into scoring position. Ryan Mace would then drive him home with a RBI single up the middle to put Pella in front, 1-0.

North Polk would get that run back with Nick Cox singling before getting himself into scoring position. The Dutch had a chance to get out of the inning but an error would allow Cox to score from third and tie the game after one.

The third inning would end up being the difference-maker in the game. A couple more defensive miscues by Pella would allow one run to score while a couple of singles would eventually load the bases with no outs.

The Comets clean-up hitter, Jack Bunkers, would step up to the plate and unload the bases by ripping one down the first base line for a three-RBI triple. He would jog home in the next plate appearance as Aidan Verduyn’s groundout would score him from third and make it 6-1 in favor of North Polk.

Outside of that one inning, Keagan Miedema pitched a great game and the Pella defense was solid behind him. Miedema allowed six runs on seven hits with five strikeouts in six innings of work.

“I thought our team played a solid game outside of the one bad inning defensively,” Pella head coach Jesse Jablonski said. “Keagan Miedema pitched a great game and really had his changeup working to keep hitters off balance throughout the game. He really buckled down after that five-run inning and gave our team a chance to chip away at the deficit.”

The other story of the game was Pella leaving too many runners stranded. After going down 6-1 after three innings, the Dutch would strand eight runners in the final four innings.

Pella got one run back in the fifth as DeJong laced his second double of the day to drive in Jason Knox from third.

The Dutch eyed a late rally in the seventh as they were able to draw three walks in the inning to load the bases and bring the tying run to the plate in Mason Wittmer. Wittmer would pull the ball out the left where a charging North Polk left fielder would make the grab to end the game.

“Offensively, we couldn't string together enough productive at-bats to produce a big inning to match North Polk and we left 10 runners on base in the game,” Jablonski said. “We just needed one or two key hits with runners in scoring position, but unfortunately we didn't get that done today.”

DeJong finished 2-for-4 with two doubles and a RBI while Mace would go 2-for-3 with a walk and a RBI.

After a hot start that saw them begin the season with a 10-3 record, Pella has gone 3-8 in their last 11 games. The Dutch will hope to get back on track with nine games left in the regular season.

Pella was a state semifinalist in 2015 and 2016. With a chance to play at Principal Park on Tuesday, the Dutch hope to get back to Des Moines with a chance to compete for a state title in the future.

“Overall, it was a great experience for our team and they were very excited to have the opportunity to play at Principal Park,” Jablonski said. “It's such a great ballpark and a great atmosphere for both the teams and the fans. I'm glad we had the chance to do it, and I hope we'll continue to find ways to play there in the future as well.”