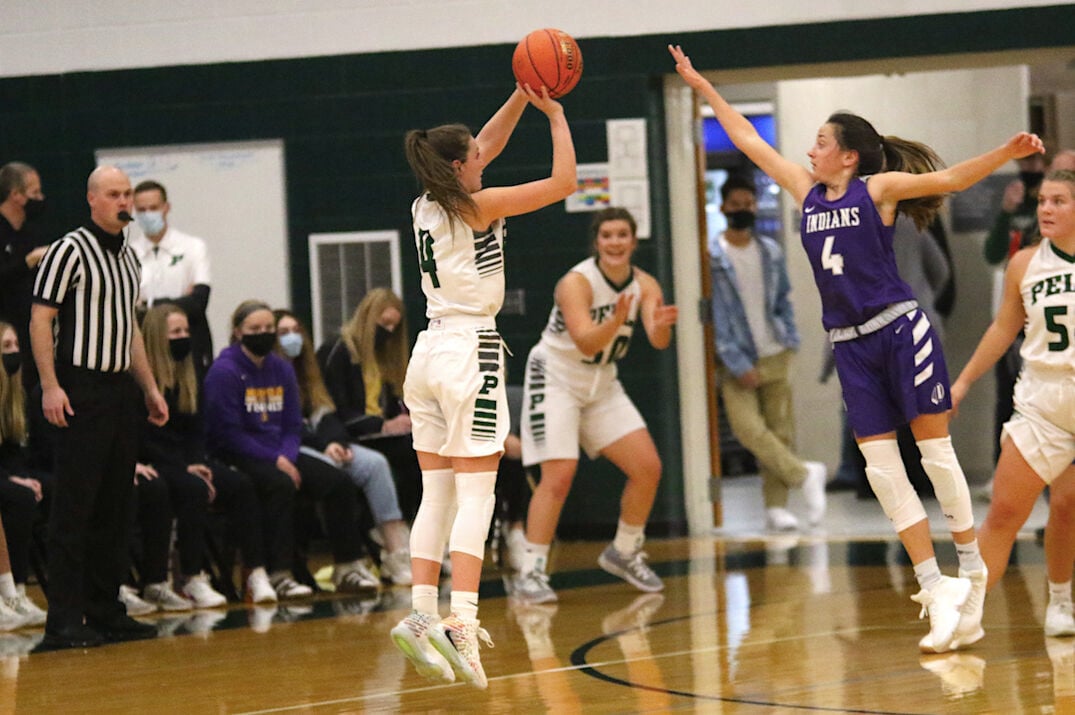 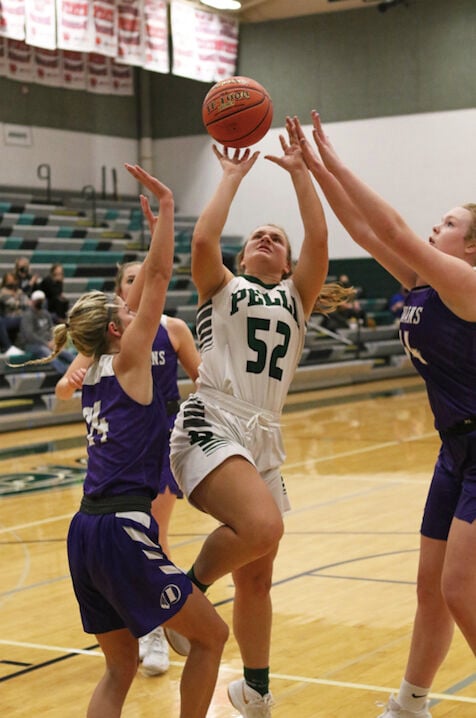 Pella's Annika Peterson (52) goes up for a layup.

Pella's Annika Peterson (52) goes up for a layup.

PELLA — Conference foes clashed for the first time on Friday night as Pella would come up just short against Indianola, 63-55.

The Lady Dutch got off to a great start, attacking the rim with success to jump ahead 11-4 early in the first. But it was the Indians ending the quarter on a 9-2 run while being much tougher defensively as the two teams were tied at 13.

Reagan Van Wyk would pull up from deep and kiss a three off the glass at the buzzer to give Pella an 18-17 lead heading to the second quarter.

The two went back and forth some more in the second quarter as the Indians would hold a 28-24 halftime advantage.

Pella would take the lead in the third quarter with Madison Naig draining a three only for Indianola’s Mara Bishop to come back and hit a three of her own to give the Indians a 36-35 lead with 2:43 left in the third.

The Pella deficit would be two heading into the fourth quarter as Kylie Tauke’s three-pointer gave the Lady Dutch another brief lead before Indianola’s Emily Naughton’s layup would give the lead back to the Indians.

Indianola had a weapon that gave the Lady Dutch a lot of trouble in 6-foot-1 freshman Kendall McDaniel. The Indians brought the center off the bench and her height and skill gave Pella trouble all night.

McDaniel’s blocks and contests led to scores on the other end, including a three from the freshman to put Indianola ahead 54-47 midway through the fourth.

The Lady Dutch would come back with four straight points to cut the deficit to three with 2:35 left but Pella would need to play the foul game down the stretch.

With only two fouls in the half, a lot of time would come off as Pella had to use up five more fouls to get in the bonus.

Indianola would make their free throws down the stretch, finishing 9-of-10 from the charity stripe on the night to secure the win. McDaniel led the Indians with 19 points and 10 rebounds off the bench.

Naig finished with a team-high 15 points with five rebounds for Pella while Van Wyk added 11 points and Faith Diers chipped in 10 points.