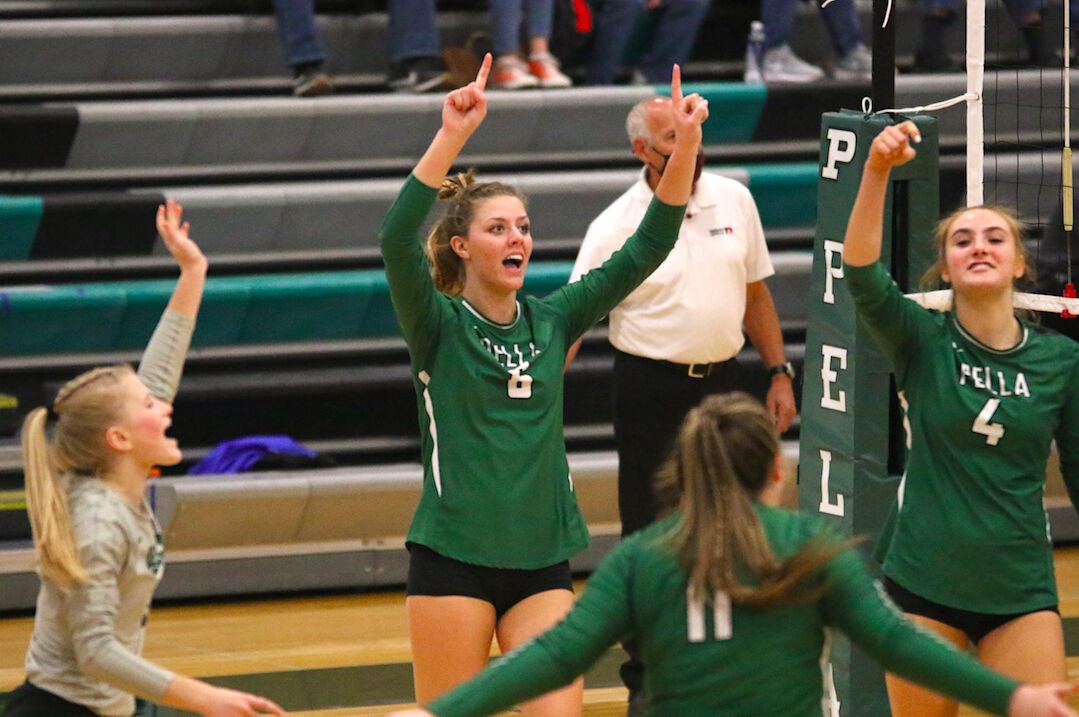 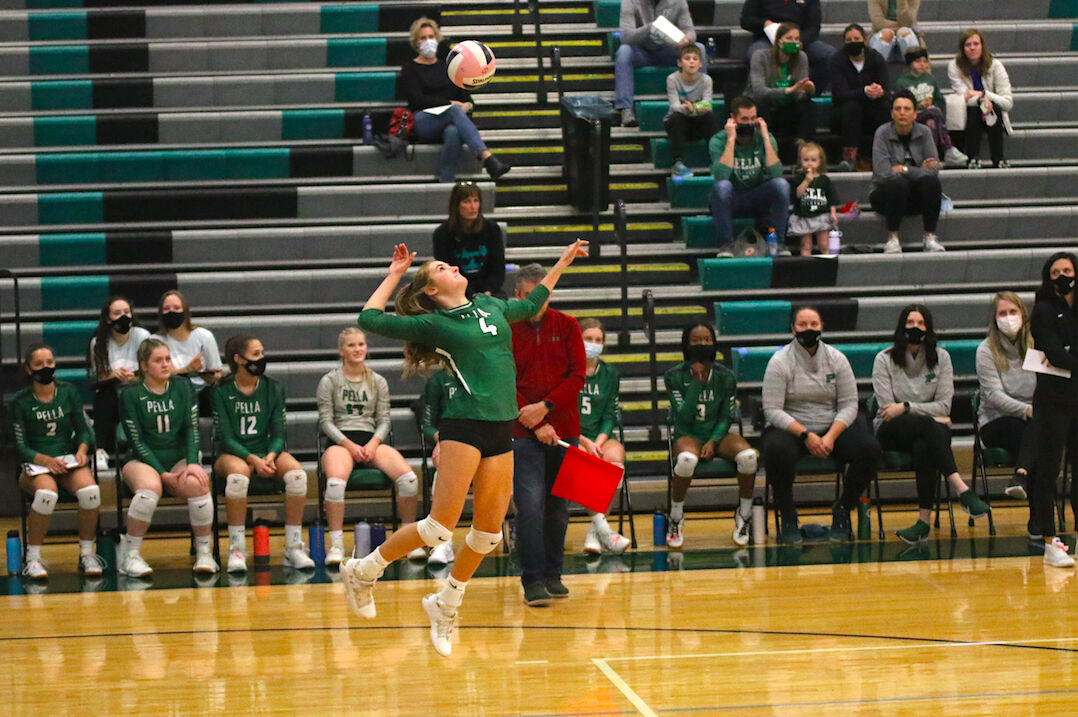 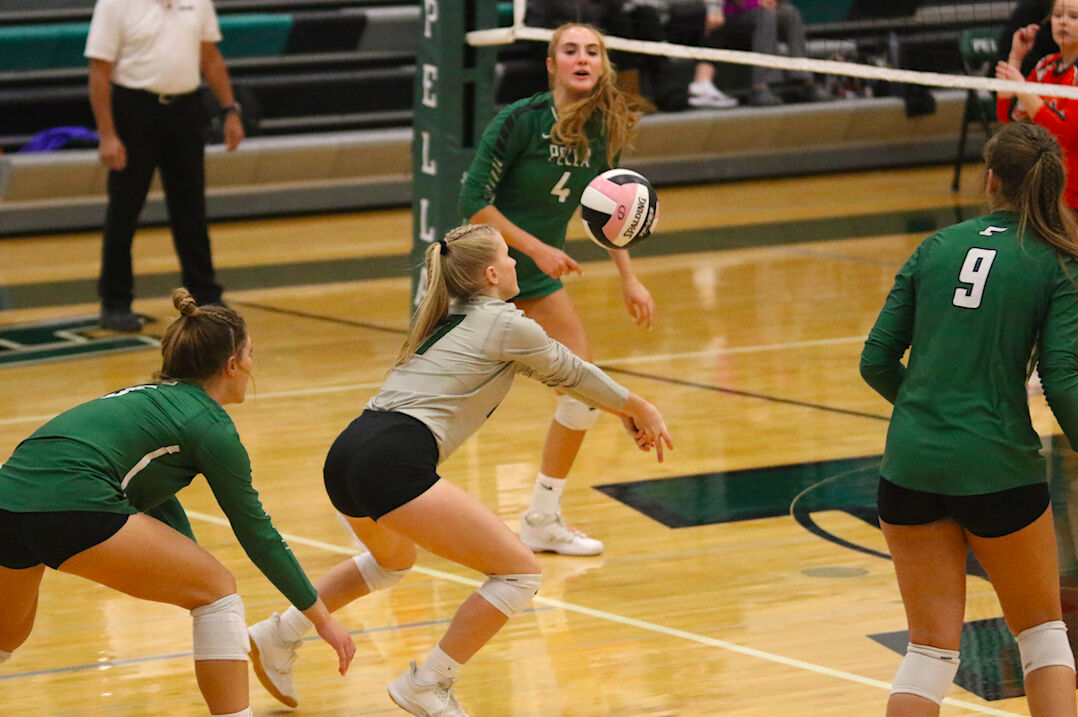 Pella's Macy Schulz gets a dig. 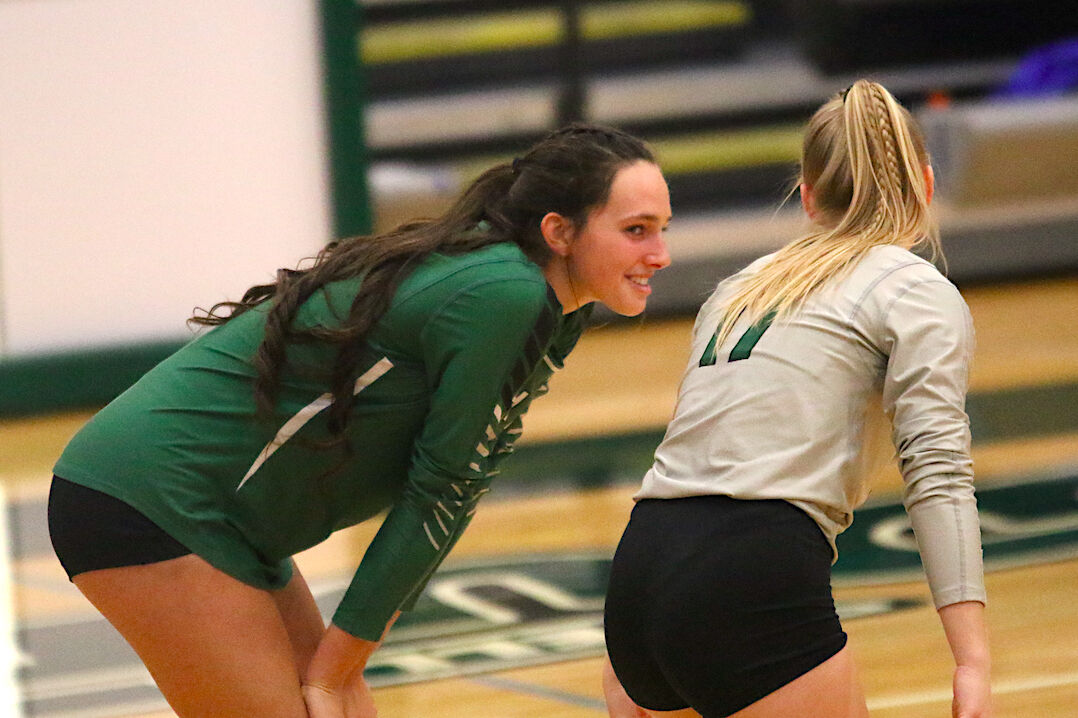 Pella's Macy Schulz gets a dig.

PELLA — It wasn’t always pretty outside of an outstanding first set from the Lady Dutch, but Pella was able to pick up a 3-0 (25-9, 25-21, 25-18) win over Grinnell on Tuesday and advance to the regional semifinals.

The first set started with a bang with Meridith Rowe going on an insane service run that included five aces in a row and seven aces on eight serving attempts at one point. She would finish with 10 aces on the night and helped Pella jump out to a 12-0 lead in the opening set.

“Merideth’s serve has come a long way in the last couple of weeks and she got us started back there in the first set and that momentum we carried through,” Pella head coach Mallory Peterson said.

Pella would roll on to take the first set 25-9 while getting a handful of great kills from Jasmine Namminga.

The Lady Dutch would get another great start in the second set, pulling ahead 9-3. From there they would get a little sloppy and Grinnell would take advantage and find some of their offense.

The Tigers would pull within two points late in the set before Pella would hold on to take it 25-21.

The third set was mostly back and forth with Grinnell actually leading for most of the early stage. A good run by Pella led by kills from Ella Corbin and Bailey Van Voorst would see the Lady Dutch pull ahead midway through the set to eventually take it 25-18 and earn the sweep.

Peterson knows this wasn’t her team’s best showing after coming off of last week’s Little Hawkeye Tournament title. She knows her team will have to be sharper to pull of the big upset in Thursday’s regional semifinal.

“We have to go into it knowing everyone’s season is on the line at this point. We have to not get comfortable and stay even the whole time through the ups and the downs. Defensively we have to be a little bit sharper. I thought overall we were alright, we have to clean up some things before Thursday but a win is a win at this point.”