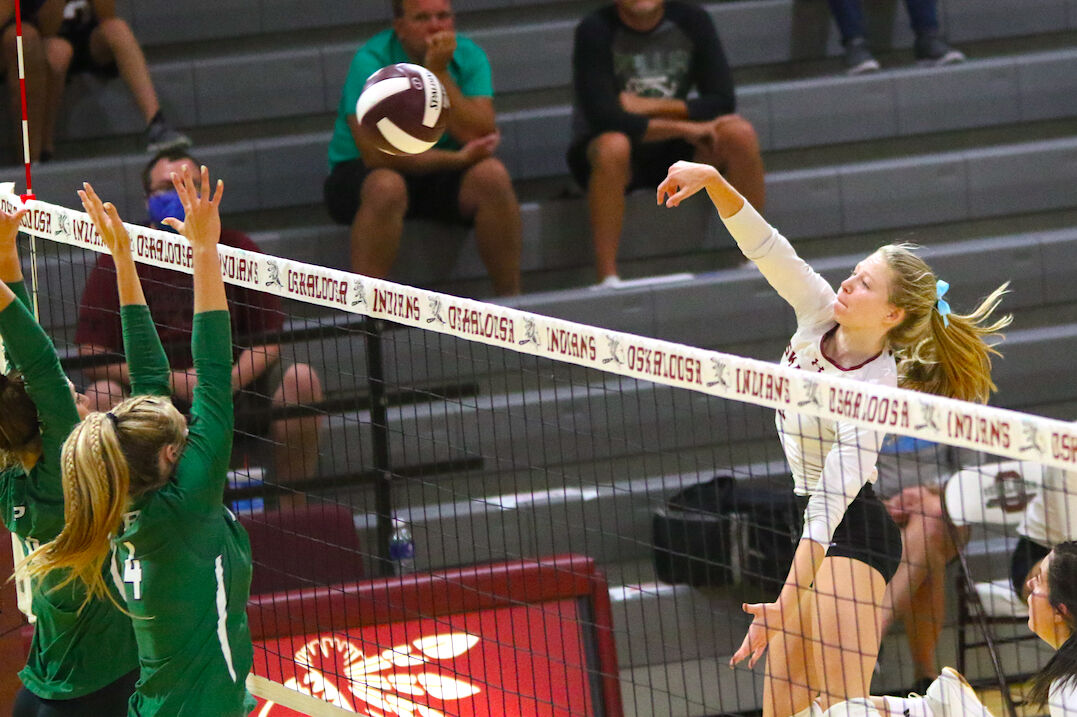 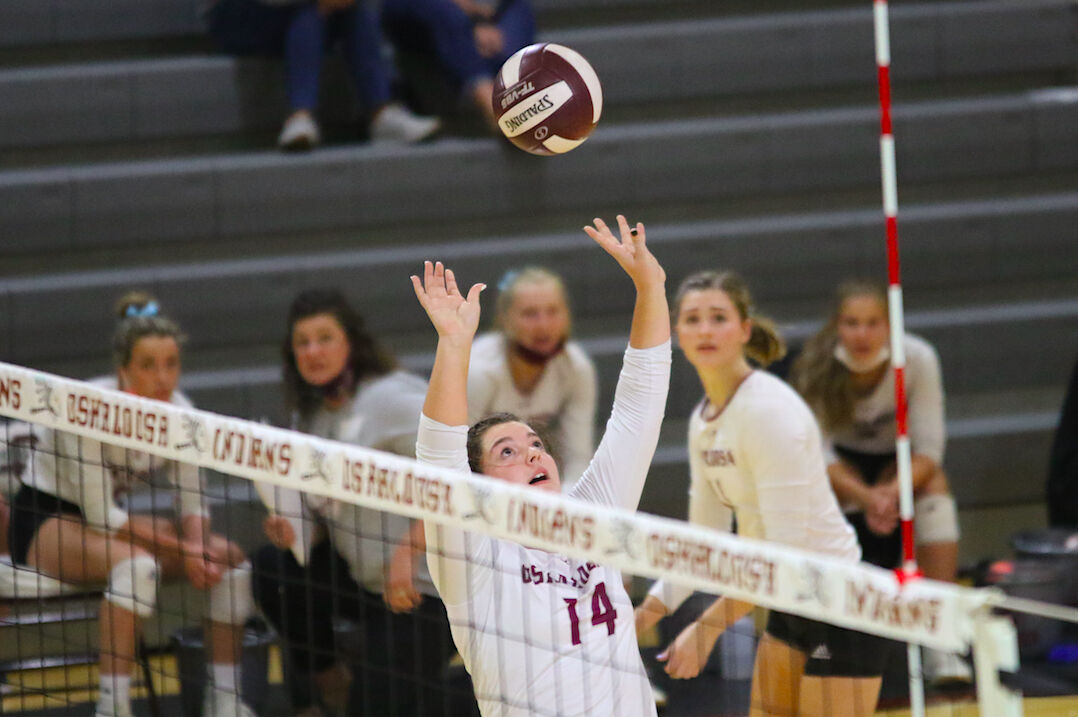 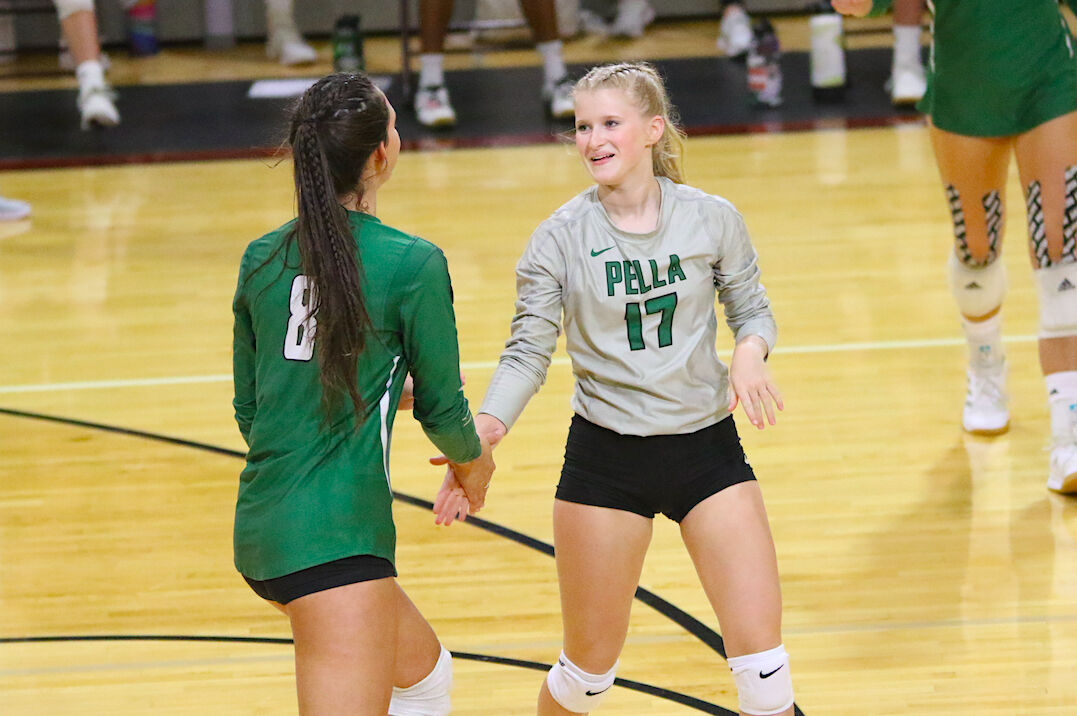 Pella's Bailey Van Voorst (8) and Macy Schulz (17) during their match against Oskaloosa. 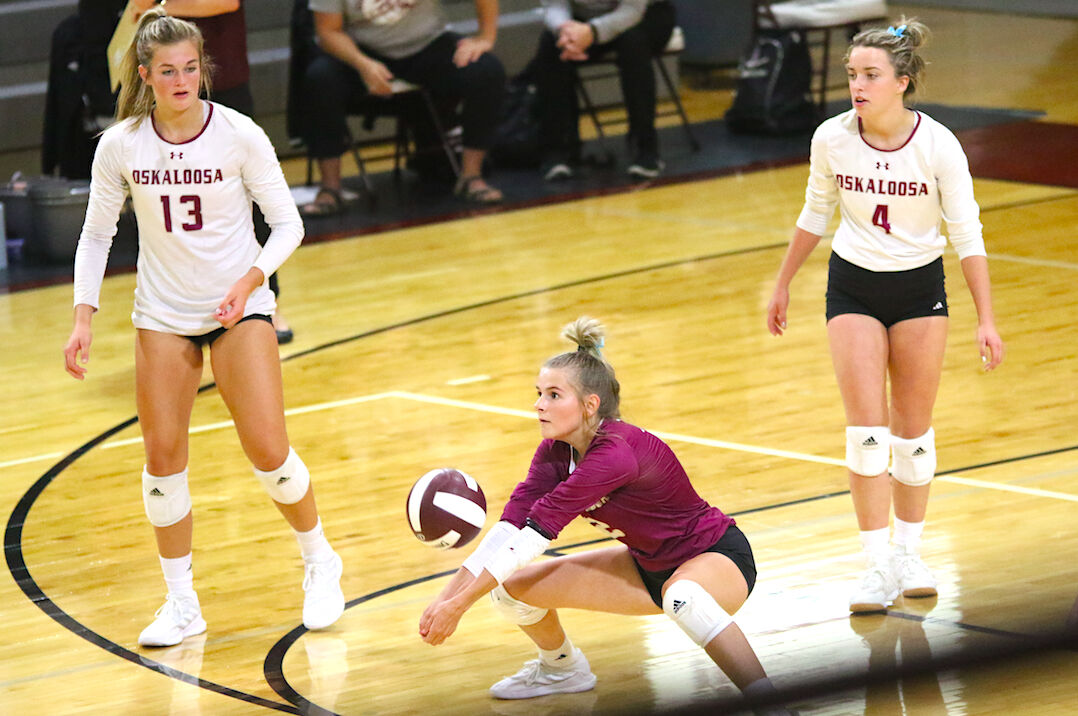 Pella's Bailey Van Voorst (8) and Macy Schulz (17) during their match against Oskaloosa.

“We came out strong, playing with great effort, energy, and execution,” Oskaloosa head coach Jennifer Comfort said. “It was a team win and a culmination of what we have been working on in practice recently.”

The Indians came out hot on their home floor, jumping out to a 9-4 lead behind a couple of kills and an ace from Faith DeRonde, who had a huge night for Osky.

After a Pella timeout, that lead would balloon to 16-6 with Osky playing with a lot of energy and controlling the play.

The second timeout would settle the Lady Dutch down and they would get back into the set with Oskaloosa giving Pella some free balls. The lead was too much to make up for as Oskaloosa took the first set 25-21.

Pella was able to ride the momentum they gained from the last set into the second set, jumping out in front early before a couple of really nice plays from Osky’s Maleah Walker.

The first one was an insane redirection off a tough dig that Walker deflected over the net for the point. Walker then had a nice tip followed by a DeRonde ace which tied the set at eight.

The two teams would then go back and forth the rest of the way. Pella would get a couple of nice blocks but they would fall out of bounds, awarding points to the Indians.

Oskaloosa would close out the set on a 7-2 run with back-to-back aces from Olivia Gordon giving the Indians a 25-22 set win and give them a 2-0 advantage in the match.

It was closing time for Oskaloosa and they proved up to the task. Walker had a lot of nice kills in the third set along with a couple more from DeRonde, who closed out the match with a massive kill after a good rally.

DeRonde would rack up 21 kills to go along with 18 digs. She also had her serve working, going 22-of-23 with three aces.

“I was so proud of them for doing everything we asked them to do and for doing it together,” Comfort said. “They trusted their training and played with confidence, which has been a big focus for us this season. It also felt really good to finally play at home in front of a very supportive home crowd!”