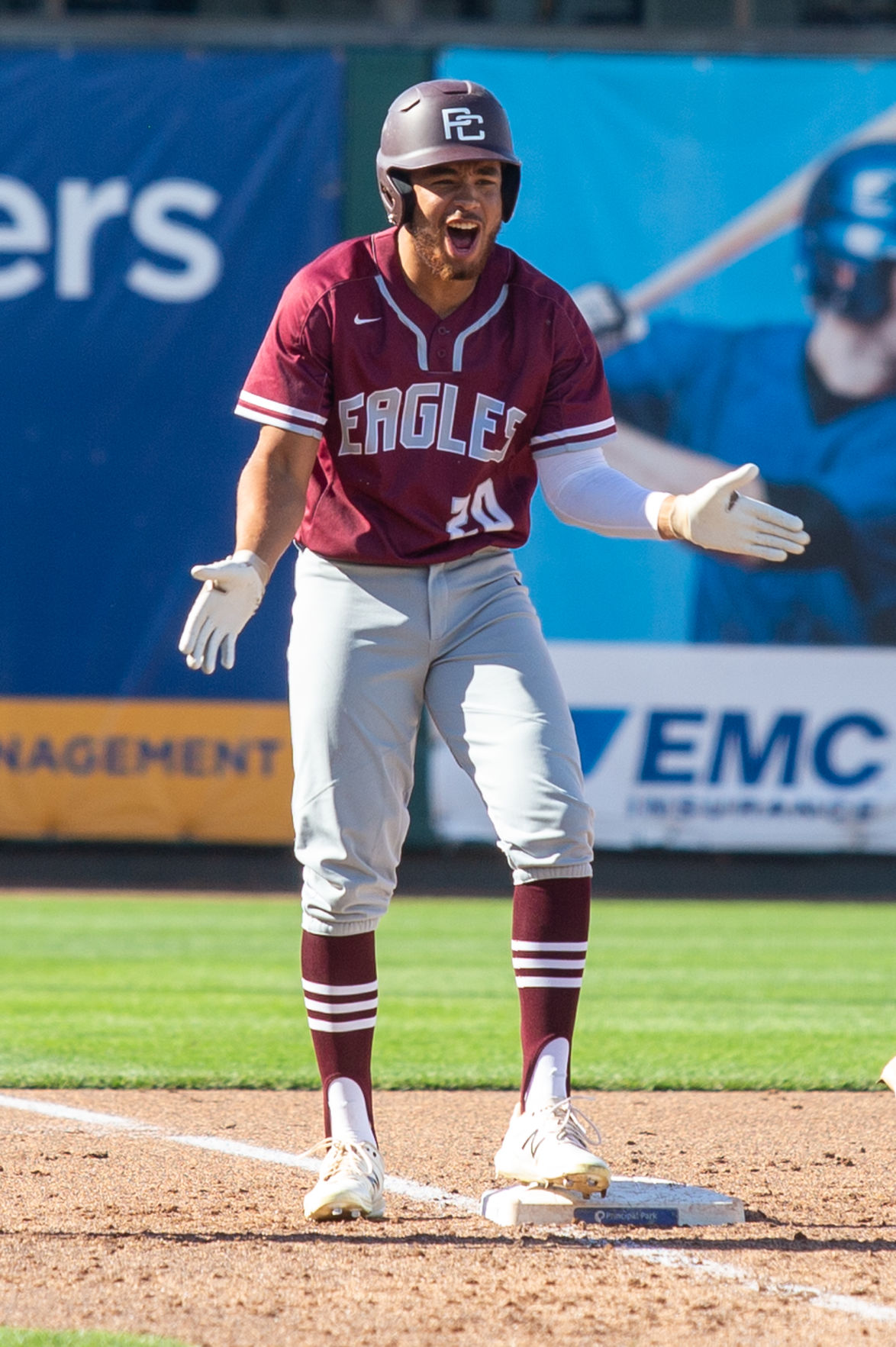 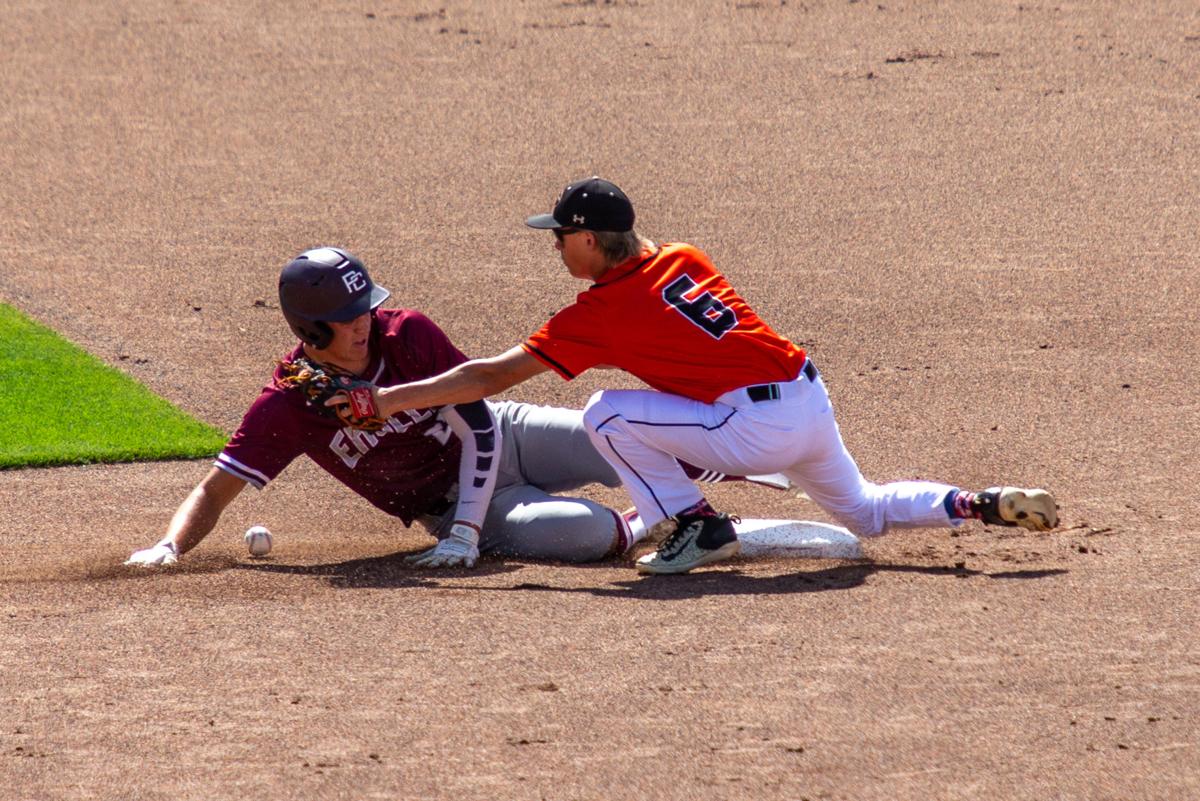 Pella Christian's Luke Mulder slides in safely to second base against Grinnell. 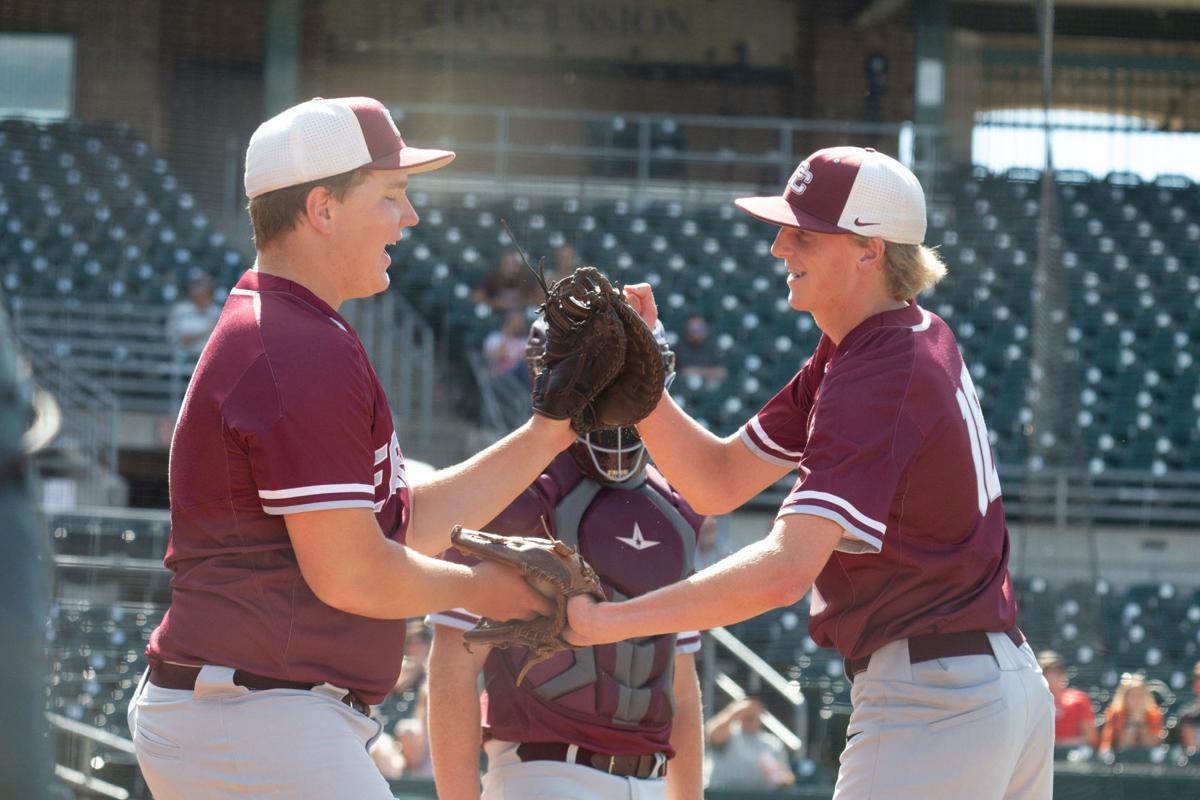 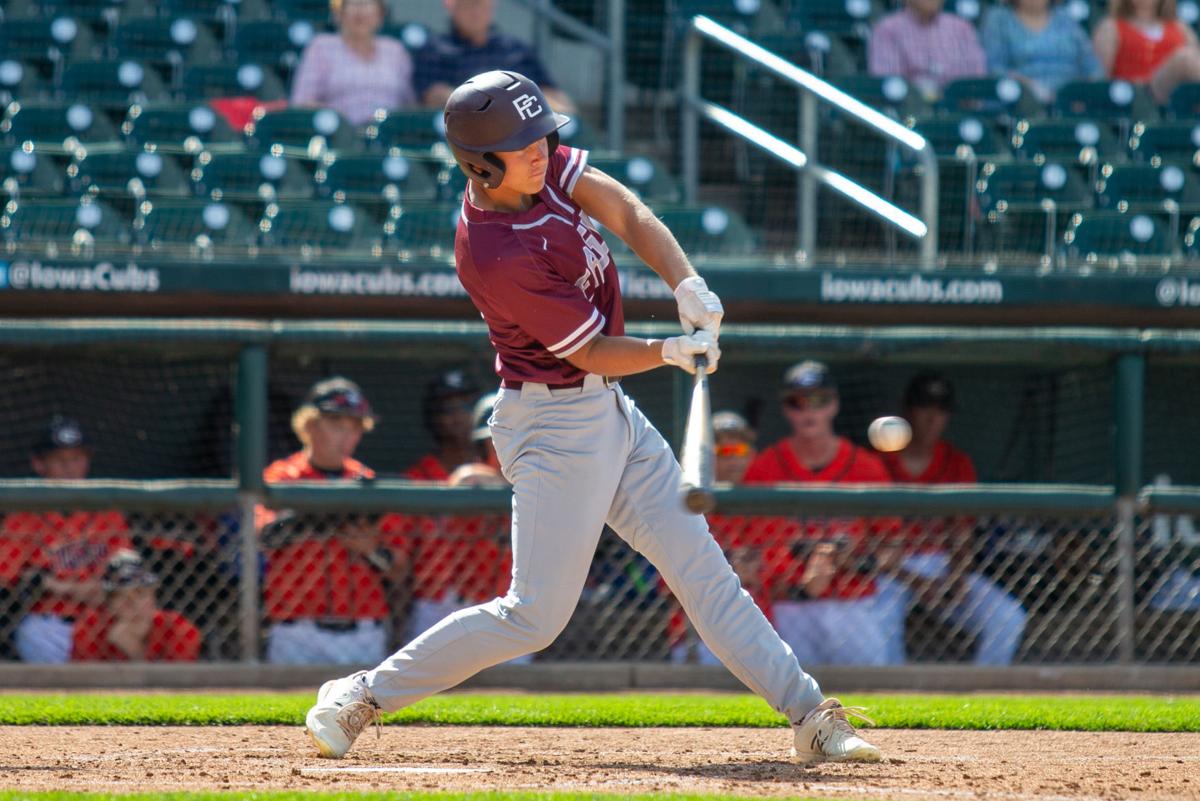 Pella Christian's Luke Mulder slides in safely to second base against Grinnell.

DES MOINES — If this shortened season has proven anything, it’s that you should be ready for a back and forth game every night. After five lead changes, Pella Christian finally found themselves on the right side of a close game as they defeated Grinnell 9-8 in a neutral field battle at Principal Park in Des Moines as part of a high school baseball summer series.

A beautiful day was matched by near-perfect field conditions as Principal Park hasn’t seen a lot of baseball this summer with the cancelling of the minor league season due to COVID-19.

“You walk on a field like that and just the shape of the field, the time spent on the field, how awesome of a complex that is, you kind of just sit back and you’re a kid in a candy store,” Pella Christian head coach Jeff Bruxvoort said. “They walked in the dugout and instantly turned to the field and just went ‘wow.’ You see the field, you see the capital in the background and it’s just a beautiful space. Then you get the opportunity to go play on it.”

The Tigers put up a crooked number in the first inning as leadoff hitter Parker Johnson would blast one to centerfield where Dan Jungling would misjudge it and allow it to go over his head for a triple.

A sacrifice fly to left left would score Johnson for the first run of the game. Devin Haveman, who has been on a pitch count these last couple of games, went just 2/3 innings before being replaced by Jack Anderson, who would get the final out of the inning and would pitch 4 1/3 strong innings for the Eagles.

“From a pitching standpoint, we knew we had a doubleheader scheduled for Thursday so we wanted to keep a couple of guys available,” Bruxvoort said. “Jack Anderson came in and we were hoping he would give us some good innings and he really did.”

Pella Christian came back in the top of the second and would take the lead. After a leadoff double by Blake Veenstra, Jack Anderson would score him on a sacrifice fly to left field. That would be followed by RBI singles by Dan Jungling and Luke Mulder to put the Eagles ahead 3-1.

The Eagles extended their lead in the fourth inning as Jungling came through again by ripping an RBI double over the third baseman’s head.

Grinnell would quickly cut into their 4-1 deficit in the bottom of the fourth as Pella Christian outfielders had some trouble misplaying a couple of balls allowing a bases-clearing triple and an RBI double to give Grinnell a 5-4 lead in the blink of an eye.

The teeter-totter continued to go back and forth with the Eagles answering with four runs of their own in the top of the fifth inning.

It has really been Jack Vermeer’s week out of the nine-spot. With the bases loaded and one out, Vermeer would rip an inside fastball past the right fielder as he would clear the bags with a triple and help the Eagles regain the lead. It was Vermeer’s third straight game with a multi-RBI hit.

Anderson would get Pella Christian’s first 1-2-3 inning in the fifth but Grinnell stayed persistent and was threatening again in the sixth.

A leadoff walk and back-to-back singles quickly put the Eagles in some trouble as they would go to their bullpen once again bringing in Matthew Bokhoven. He would try to limit the damage but a wild pitch and back-to-back sacrifice flies would see the Tigers tie the game at eight after six innings.

With two outs and nobody on in the top of the seventh, Vermeer would collect his second hit of the night with a single before swiping second base to get into scoring position for red-hot Jungling. As he did all day, Jungling came up big with an RBI single to right field to score the go-ahead run in Vermeer.

Jungling’s big day saw him finish 4-for-5 with a double and four RBIs for the Eagles.

Pella Christian looked to close out the win in the bottom of the seventh as Bokhoven struck out the first person he faced before giving up a single to put the tying run on base.

The Eagles elected to go back to the bullpen and bring in Veenstra to try and get the final two outs. He did just that, striking out the next two batters to give Pella Christian a thrilling win over a Little Hawkeye Conference foe on the big field of Principal Park.

“Blake came in in a tough situation,” Bruxvoort said. “He hasn’t been in those situations very often so for him to conquer that was pretty awesome.”

The bottom of the seventh wasn’t the only time Pella Christian was clutch in the big moment, seven of their nine runs came with two outs as they had a number of players step up to help them to the win.

“Dan, Jack and Blake have all been hitting the baseball really hard, just at people,” Bruxvoort said. “Or they’re hitting the baseball hard and then we’re not able to move them. Both things came alive today. For your nine and one hitters to have a majority of your RBIs in a game, that’s not normal. But credit to those guys for doing the clutch hitting and then credit our other guys for getting on base.”

The Iowa Cubs announced on Thursday that a Principal Park staffer tested positive for COVID-19. Both teams were notified and they are suspending all games at Principal Park until all staff members are tested.

“I’m pretty certain the person wasn’t working yesterday,” Bruxvoort said after being informed of the situation Thursday morning. “Those tests normally take a couple of days to get data back. When we were told this morning, the first you think is goodness gracious our fans could've been exposed. But then reality sets in and you go, 'Wait a second, those take a while to come back with information,' so surely they were working a few days ago but they weren’t there yesterday.”

All Iowa Cubs staffers wore masks at the games on Wednesday. Players were only near one staffer, who was organizing everything for the day for the teams, during their time there.

“Credit the Cubs organization,” said Bruxvoort. “They were very protective there. They definitely have things in place to keep the fans, players and coaches safe so I’m not concerned at all. I’m just hoping the person diagnosed with COVID-19 is okay and that they’re able to recover quickly.”