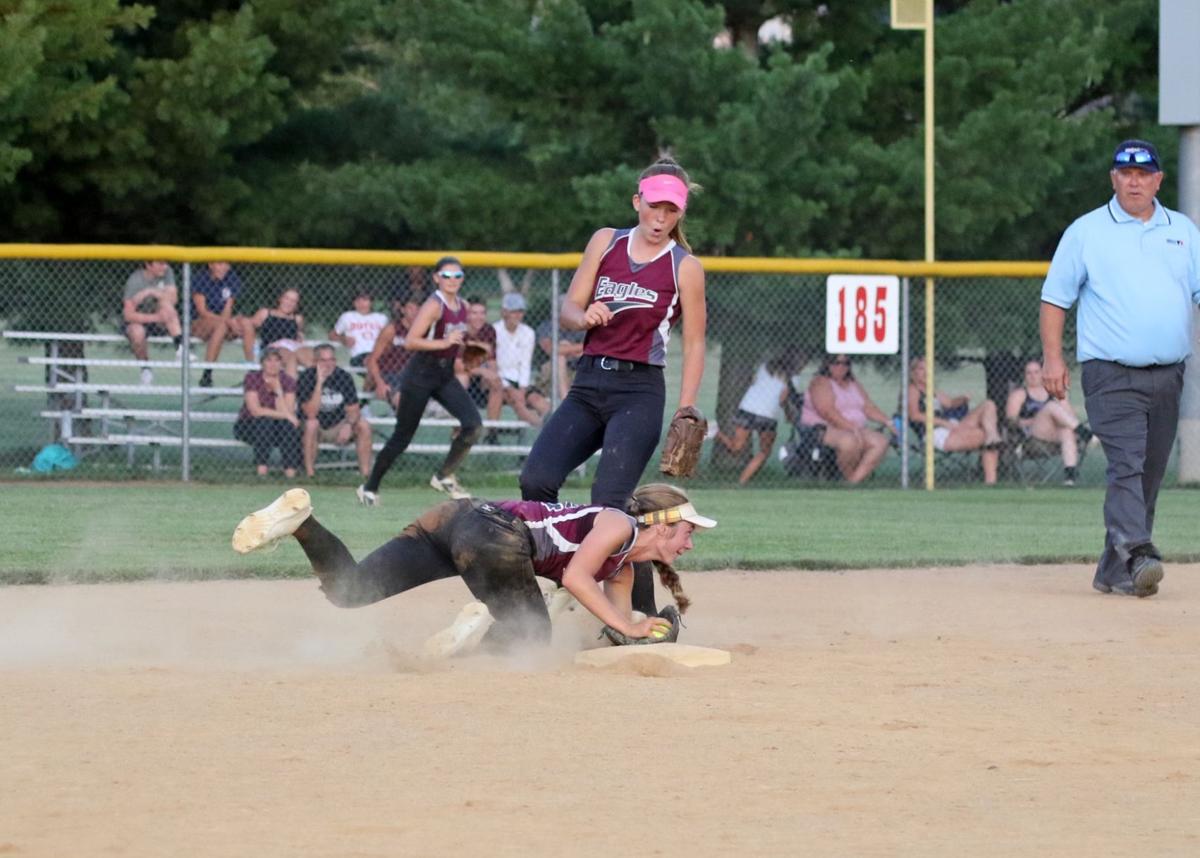 Pella Christian's Natalie Harrill dives on second base for a forced out. 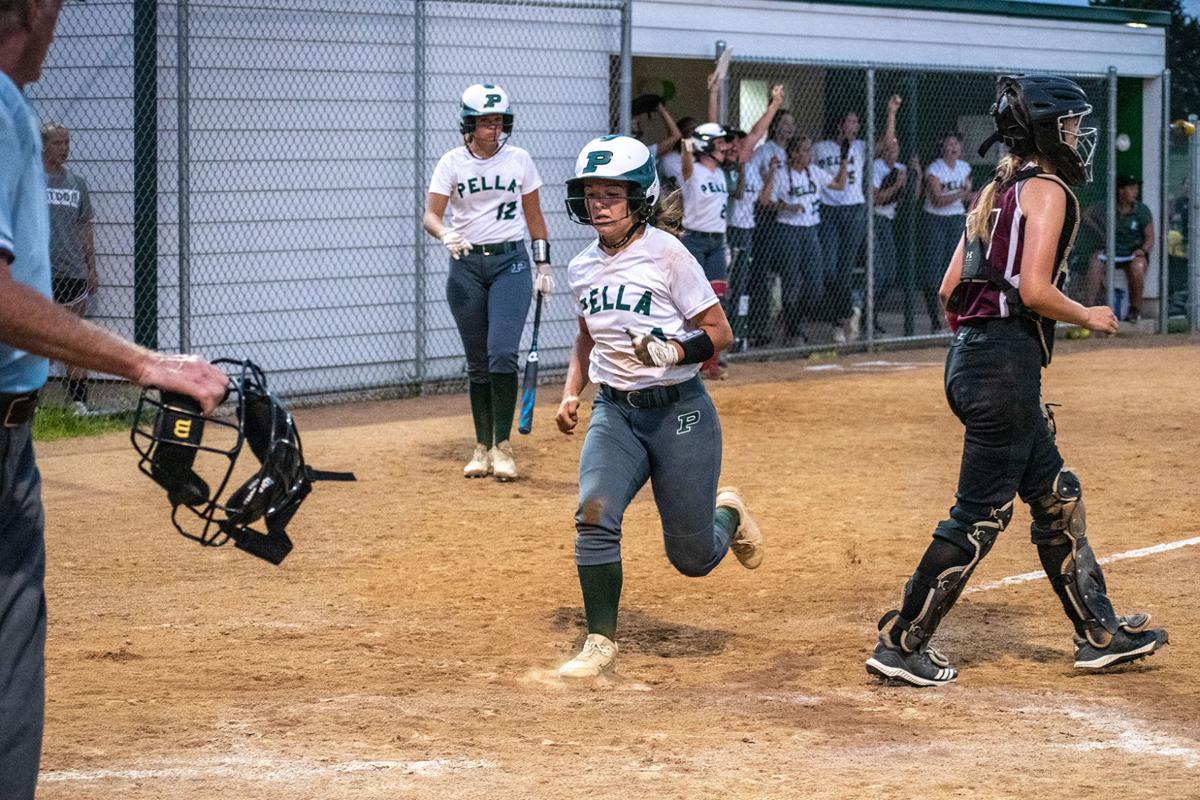 Pella's Courtney Thompson (center) scores the then game-tying run for the Lady Dutch.

Pella Christian's Natalie Harrill dives on second base for a forced out.

Pella's Courtney Thompson (center) scores the then game-tying run for the Lady Dutch.

PELLA — It was quite the regular season finale between two crosstown rivals as Pella Christian would come out on top in a 6-5 battle over Pella.

The two teams stayed close throughout the contest with Pella Christian holding a one-run lead until the fifth inning when Pella would tie the game up at three.

The Eagles would respond with by retaking the lead with one run in the sixth before the Lady Dutch would score a pair in the bottom half with Thompson scoring the go-ahead run.

That lead was quickly turned back into a tie with Emri Agre knocking in Chloe Morgan to make it five all. Pella Christian added one more run in the inning to take the lead and hold off the Lady Dutch for the win.

Agre would go 2-for-3 with a double and three RBIs for Pella Christian while Natalie Harrill, Anna Bonnett and Emerson Sarver would also collect a RBI for the Eagles.

Pella Christian (8-8) will travel to Pleasantville (7-10) for a regional first round matchup on Monday at 7 p.m.