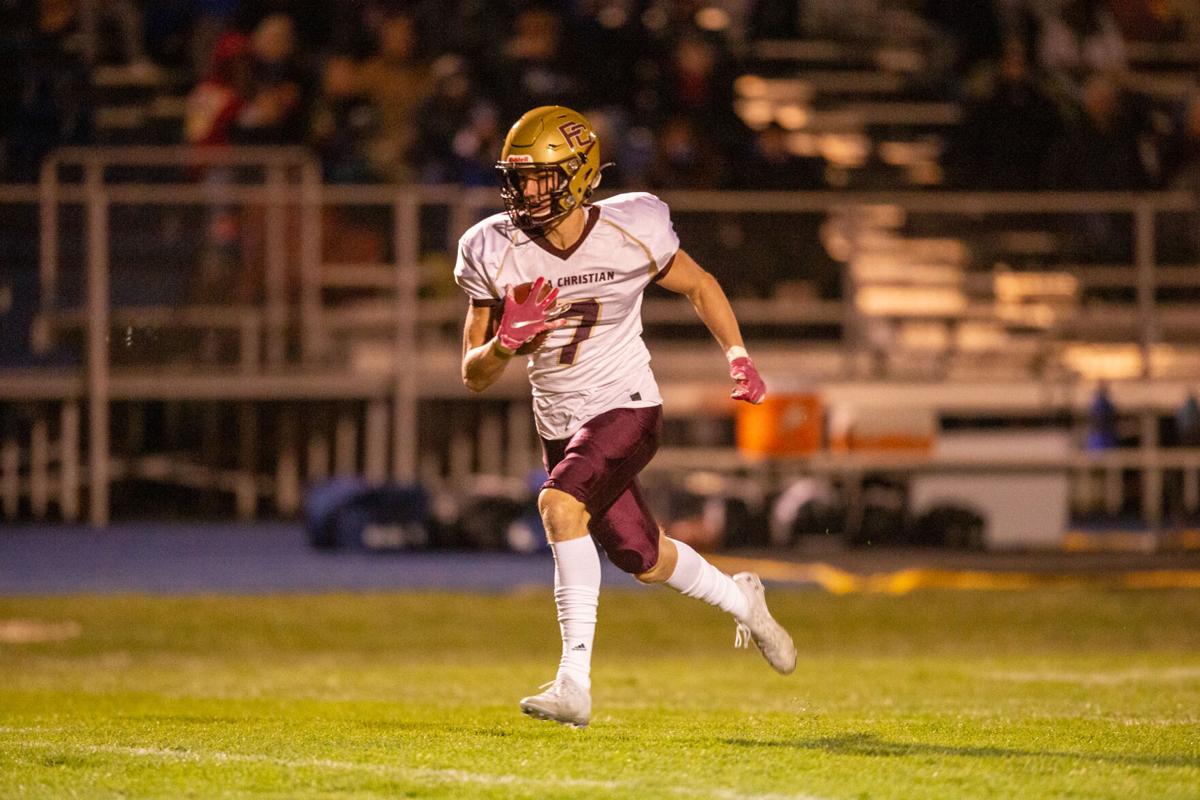 Pella Christian's Bennett Spronk runs toward the end zone for the first score of the game on Friday against Van Meter. 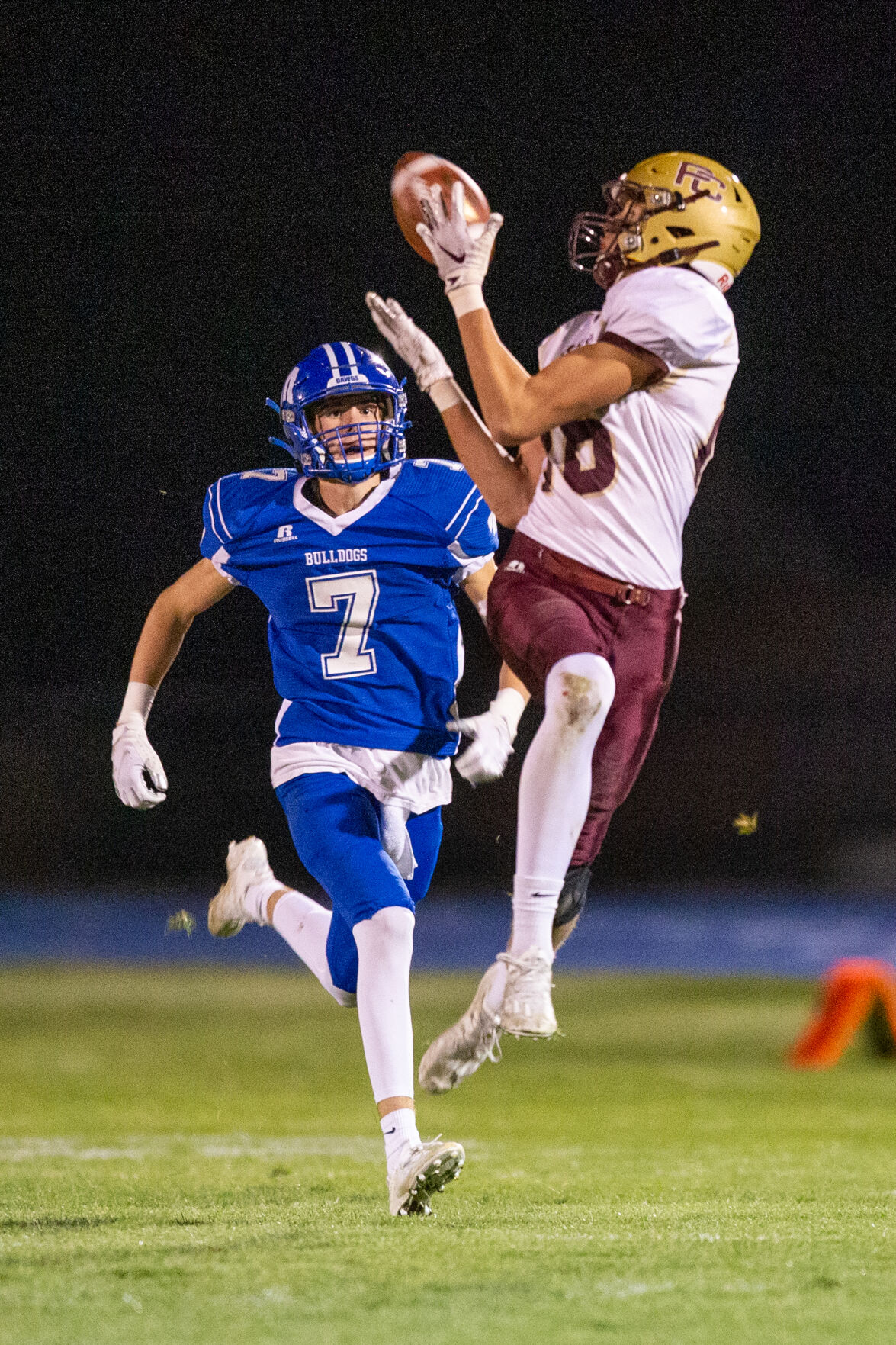 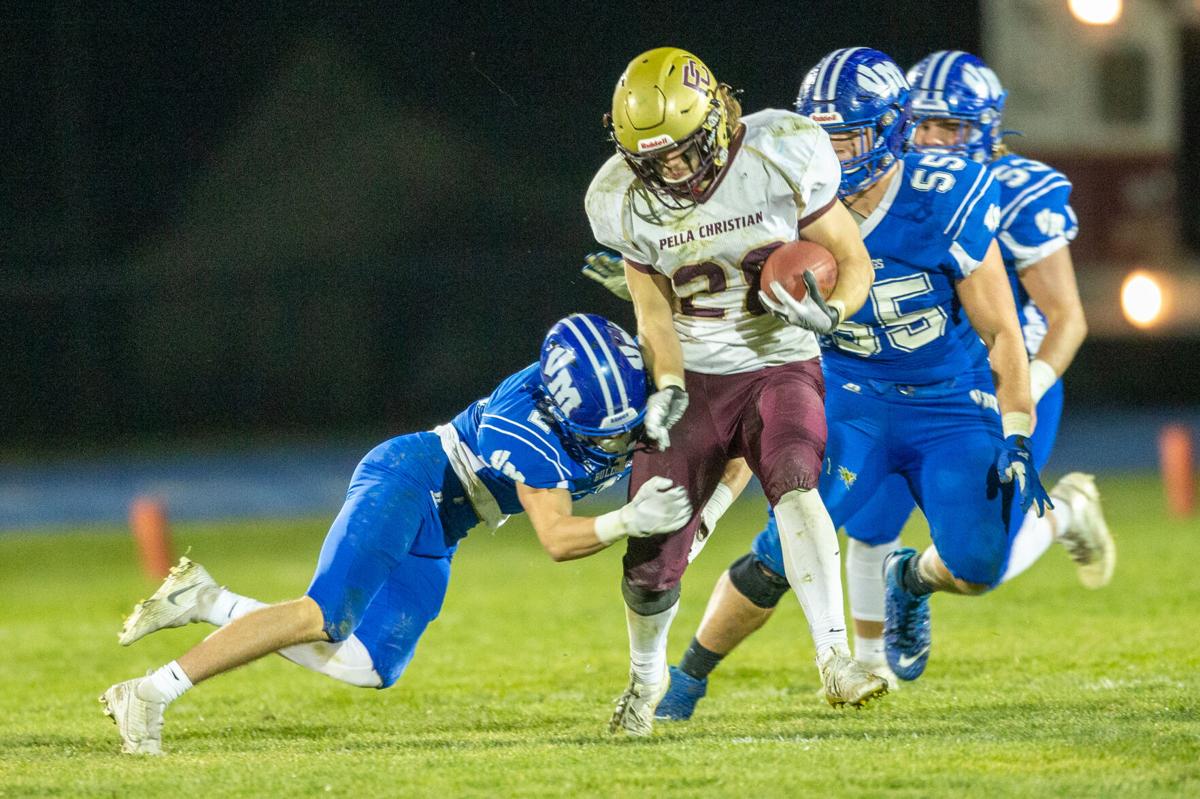 Pella Christian's Bennett Spronk runs toward the end zone for the first score of the game on Friday against Van Meter.

The Pella Christian Eagles got the ball first and scored on the first play of scrimmage. A short time later, a pick-six for a touchdown and a 14-0 lead.

Feeling a boost of momentum, it would go to fade. Van Meter would settle in, putting up seven touchdowns for a convincing 49-23 win over Pella Christian.

PC’s Bennet Spronk caught a 65-yard pass from Isaac Kacmarynski less than 10 seconds into the game to start scoring for the Eagles.

They’d attempt an onside kick and recover it, but their offense sputtered and they were forced to punt. Van Meter moved down the field, but an unsportsmanlike penalty on the Bulldogs interrupted the fluid drive.

Then Pella Christian’s Drew Geetings intercepted a pass, taking it to the house from 80 yards away to put the Eagles ahead 14-0.

The Bulldogs would score twice more for a 28-14 lead at halftime. Van Meter scored first in the third, then Pella Christian’s Isaac Kacmarynski threw a 50-yard touchdown pass to Caden Van Dyke to make the score 35-21.

Van Meter would outscore Pella Christian 14-2 to end the game, allowing the Eagles to get just two points in the fourth from a safety to finish the game.

Kacmarynski completed 7 of 13 pass attempts for 161 yards. His top target was Spronk, who tallied 65 yards with one catch. Eric Mulder caught two passes for 59 yards.

Cory Boender had 18 carries for 43 yards while Kacmarynski ran the ball 13 times for 23 yards.

Peyton Ritzert led the team in tackles with 10 on the night.

Despite the loss, Pella Christian scored more points on Van Meter than any other opponent of theirs has so far this season. Coming into the game, 18 was the most points a team had put on Van Meter.

Van Meter (9-0) will play the winner of the Underwood and Mount Ayr game.