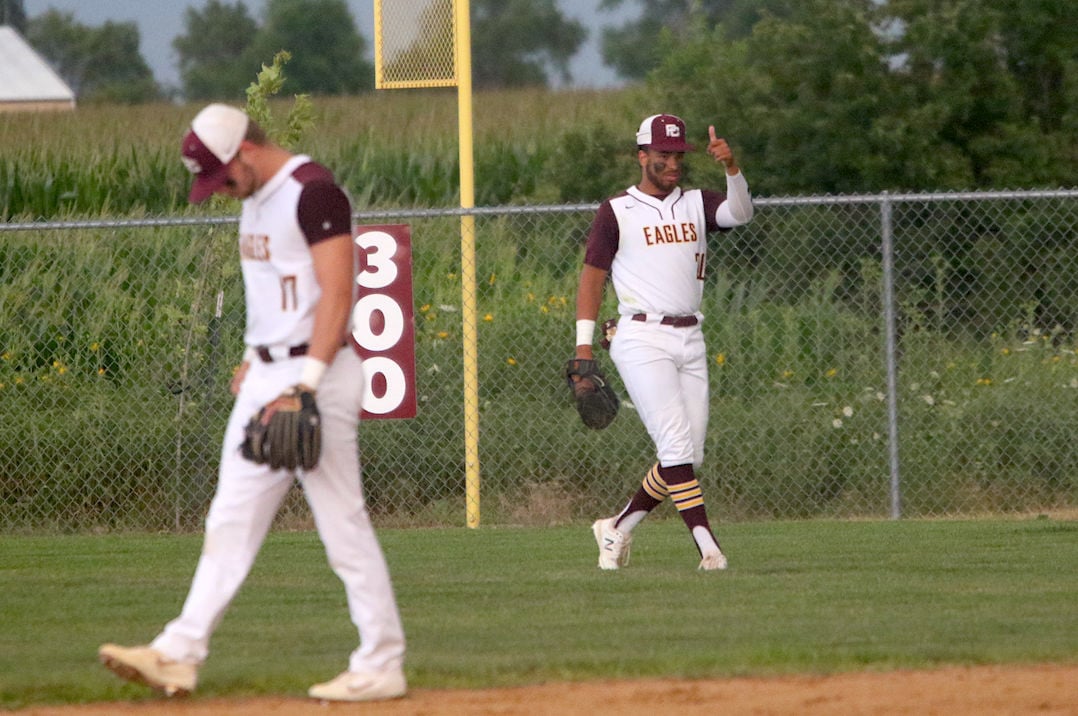 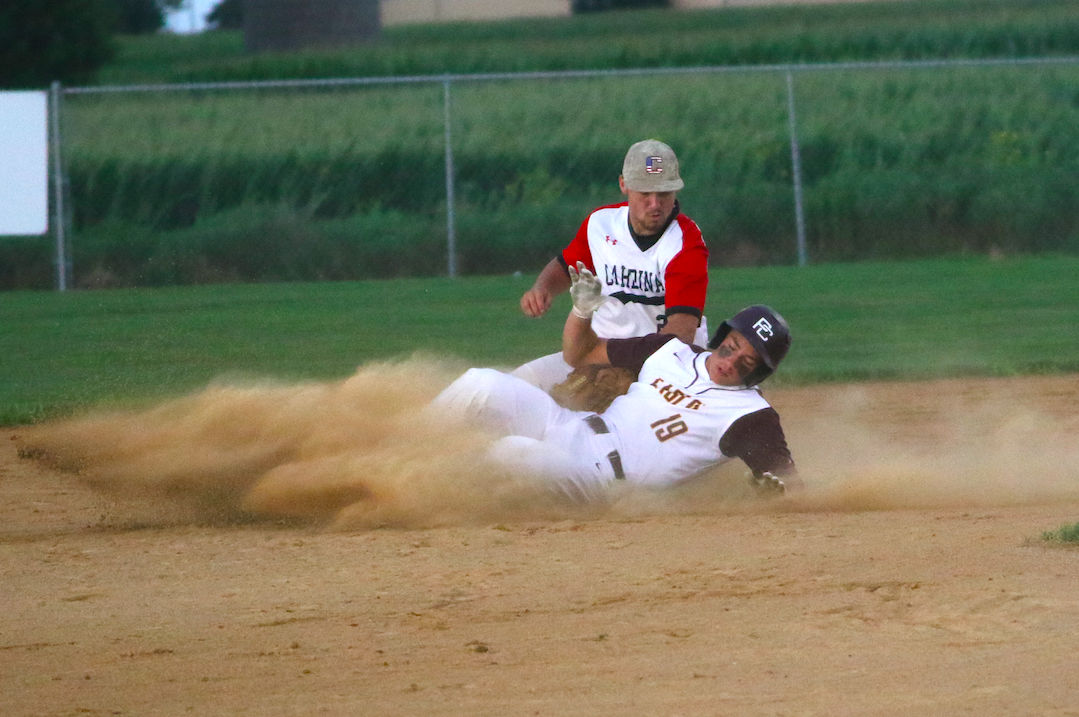 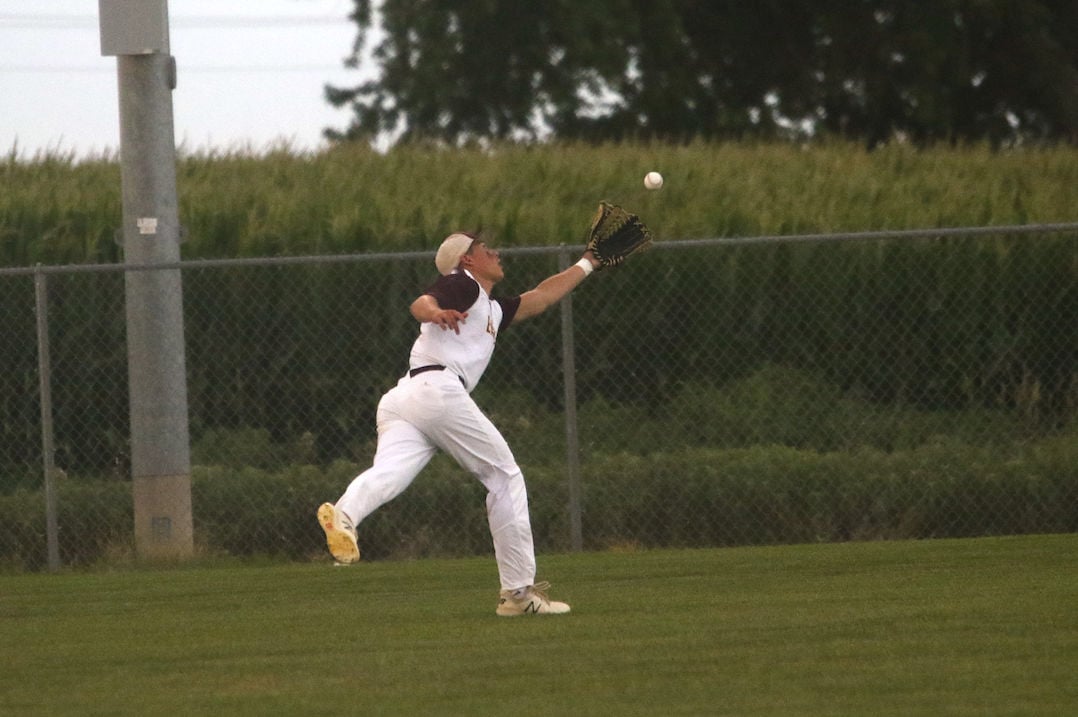 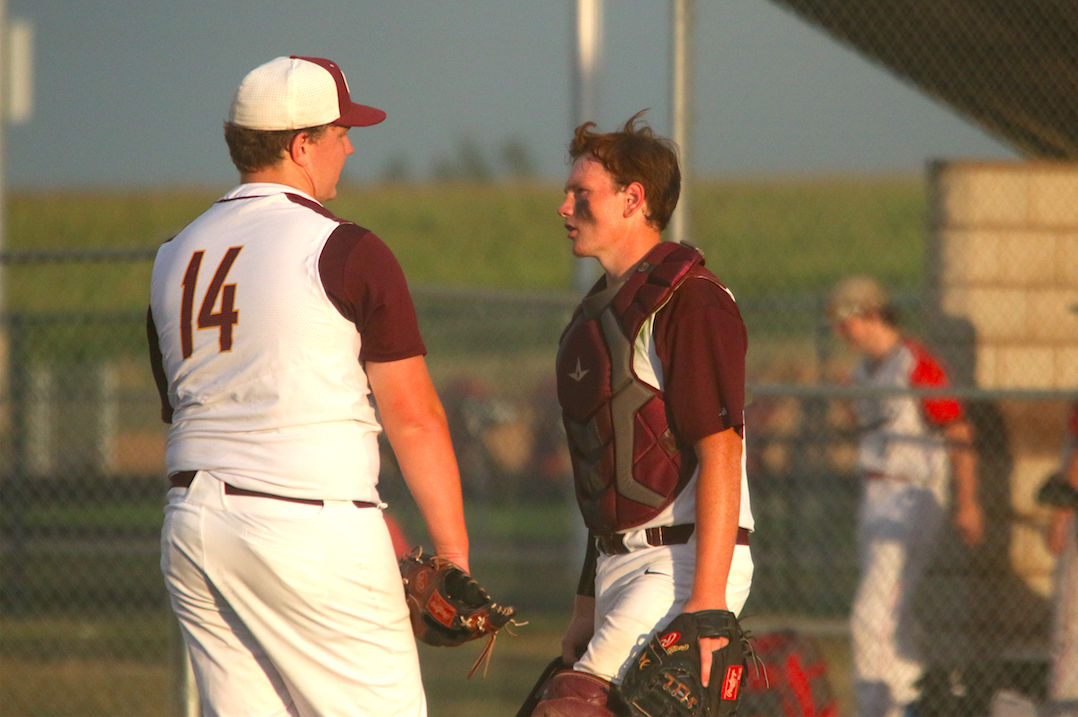 PELLA — It’s hard to believe, but in just under one month, Pella Christian has seen their season begin, grab a win at Principal Park and now end with their 2-0 loss to Cardinal in the first round of districts on Saturday.

It turned out to be a quick night at the ballpark as the Eagles were grounded by some hot pitching and sharp defense from the Comets.

Dark clouds and high winds made the start of the game an interesting one as spectators and players wondered if rain would disrupt the night. It turned out that it never would as the skies began to clear after the first two or three innings.

The wind played a huge factor in the start of the game as Cardinal had a runner on second with two outs in the top of the first when Dawson Lewis would send a fly ball to right field. Pella Christian right fielder Jack Vermeer looked to have gotten under the ball but the wind would grab it and force Vermeer to attempt a diving play with the ball drifting away from him. It would drop in for a RBI triple to put Cardinal ahead. A wild pitch would see Lewis score from third to make it 2-0, which ended up being the only runs of the game.

Devin Haveman got the start on the mound for Pella Christian. After giving up two runs on three hits with one walk in the first inning, he was lights out the rest of the way. In the remaining six innings of his high school career, Haveman would pitch six shutout innings, allowing just two hits and three walks while striking out five.

Equally as impressive on the mound was Comet pitcher Landon Becker. He would get the complete game shutout, allowing just one Eagle hit and two walks with five strikeouts.

Pella Christian was able to get a runner to second base on two occasions but wouldn’t be able to cash in on the opportunity.

In the first inning, Dan Jungling earned a leadoff walk before stealing second to get into scoring position. Becker set down the next three batters with fly outs to squash the chance.

Then in the sixth inning, Jack Vermeer was able to get on on a fielder’s choice before stealing second with one out. But it was Becker who would come through again with back-to-back strikeouts of Jungling and Luke Mulder to put out the threat.

Pella Christian would later go down in order in the seventh as their season would come to a close.

Pella Christian coach Jeff Bruxvoort spent some extra time with his team after the game as the realization was coming in to many players, especially the seniors, that their season was now over.

The Eagles’ group of nine seniors stayed around and exchange hugs with one another and the coaching staff as they wrapped up their high school careers.

Pella Christian finished the season with a 3-12 record.