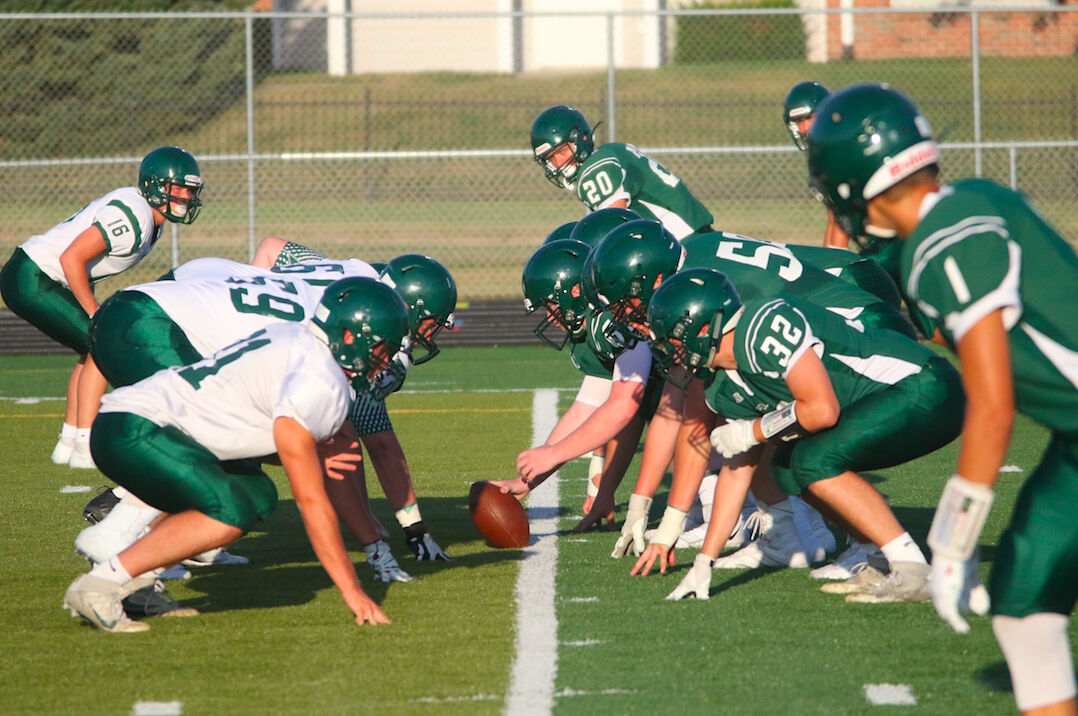 The Pella Dutch had their inter-squad scrimmage on Friday. 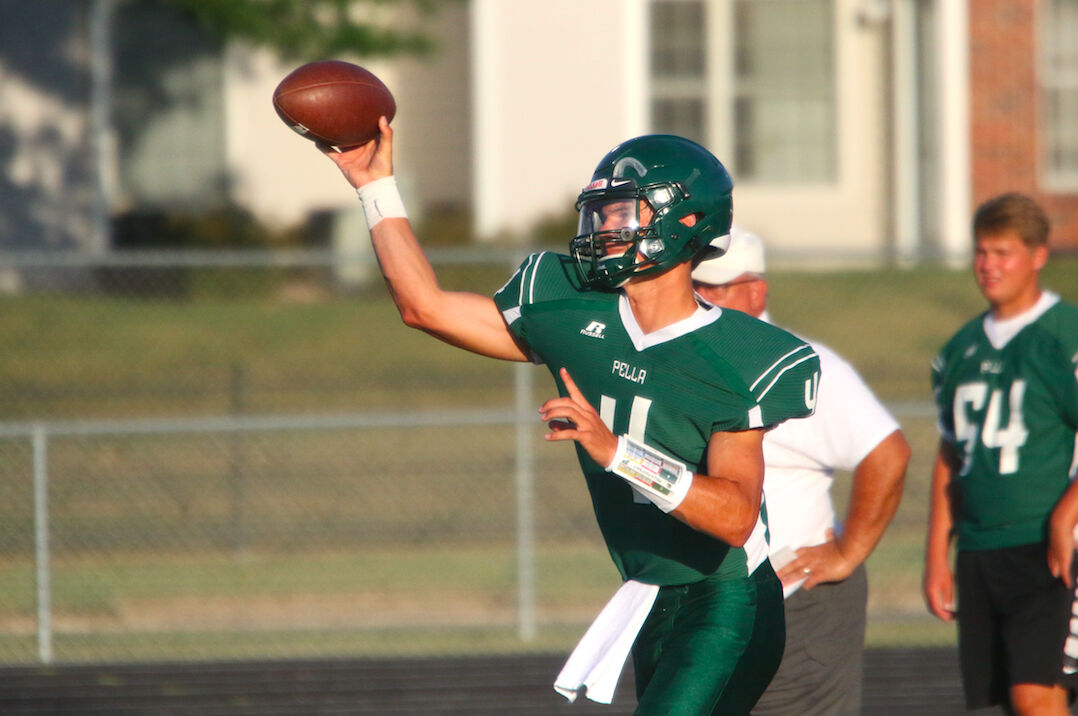 Pella's Ryan Mace returns at QB for the Dutch. 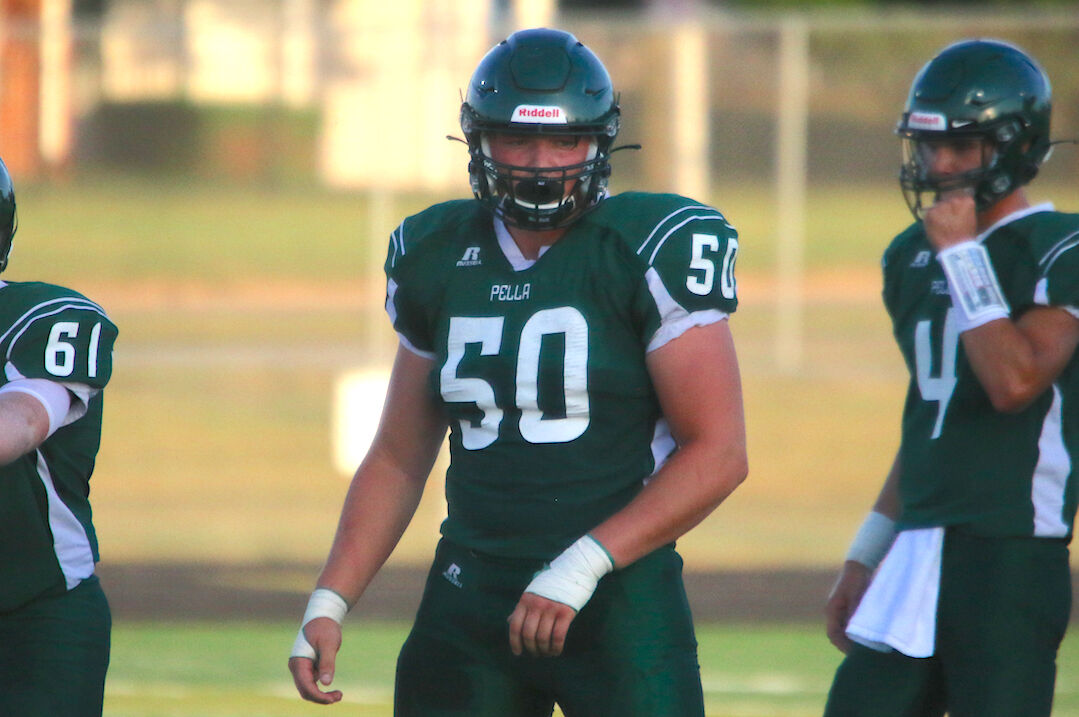 All-state defensive lineman and North Dakota State commit Kody Huisman (50) is back for his senior season with Pella.

The Pella Dutch had their inter-squad scrimmage on Friday.

Pella's Ryan Mace returns at QB for the Dutch.

All-state defensive lineman and North Dakota State commit Kody Huisman (50) is back for his senior season with Pella.

PELLA — Jay McKinstrey is back for his 24th season as head coach of the Pella Dutch. Last year he grabbed his 200th career win and 13th straight playoff appearance. This year the team will have very high hopes as they are the preseason number one in the Radio Iowa Class 3A rankings.

The Dutch lose 18 seniors from last year’s 8-3 team but return a plethora of talent as well.

Offensively, Pella should get a nice boost from returning their quarterback and running back from last year.

Mace returns for his second year as the starting QB for the Dutch. Last year he tossed 19 touchdowns and ran for another five. His next step will be improving his accuracy as he threw nine interceptions and completed just 49% of his passes.

Having Clayberg back in the backfield should take some of the pressure off of Mace. The junior running back rushed for 588 yards on 101 carries (5.8 yards per carry) with three touchdowns in 2019. He will look to be more explosive this year and find the endzone a little more often with Aaron Downs and his 14 rushing TDs transferring out of the state.

Mace will also have to look for a new go-to target this year with the graduation of all-state receiver Logan Shetterly. Warner, a senior receiver, might just be one of those targets after catching 21 passes for 283 yards and two touchdowns in 2019.

Huisman was a force on the defensive line last year, finishing third on the team with 42 tackles to go along with 3.5 sacks and a team-best 21.5 tackles for loss.

He will be happy to see his running mate is back on the line with him. Senior Levi Roose was equally impressive on the defensive line in 2019, finishing with 43.5 tackles, 4.5 sacks and 10 tackles for loss.

Look out for those two to reck havoc and blow up lots of plays this season.

The Dutch defense looks to be stout this year with the likes of Clayberg, Nelson, Warner and LaHue also returning to the fold.

McKinstrey expects to have several of the younger players step up but for now he is a little worried about his team’s depth while he figures their team speed should be a big advantage.

The preseason number one wanted to have a challenging non-district schedule and they got with a trip to No. 2 Dallas Center-Grimes in week one before hosting No. 3 Harlan in week two. Those two games should set the bar for the Dutch and challenge them before heading into district play.

“We have a very challenging schedule,” McKinstrey said. “We start off with two of the favorites in class 3A in DC-G and Harlan. We hopefully will learn to elevate our play early in the season to help us as we move on to district play.”

Class 3A District 7 at a glance

Outlook — Last year’s team was full of juniors and sophomores. Well those boys are back and looking to improve on last year’s 5-4 record. An improvement in the passing game could be huge for them.

Outlook — Should have another strong team that can compete with anybody. They return their QB and two all-state players (one on each side of the ball).

Outlook — Lookout for their playmakers. They have some big, strong athletes that are hungry to continue the success they built last season.

Outlook — Year two under TeBrink sees the Comets lose their leading rusher but return their QB and leading receiver. Defense took a hit and will have to replace some guys there.