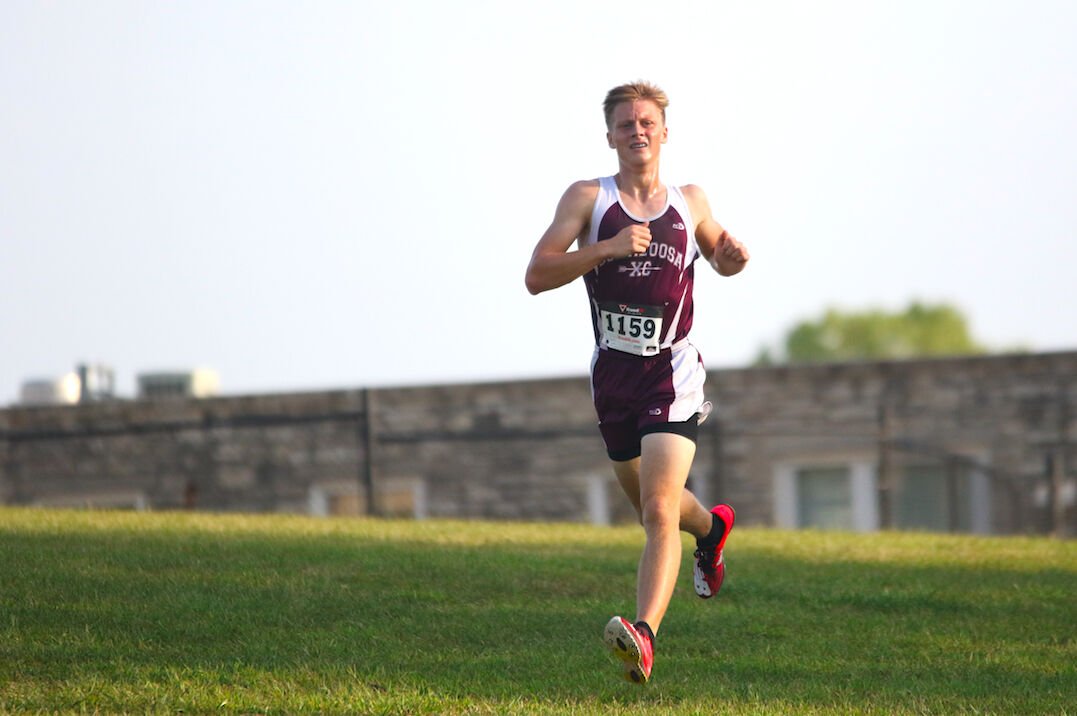 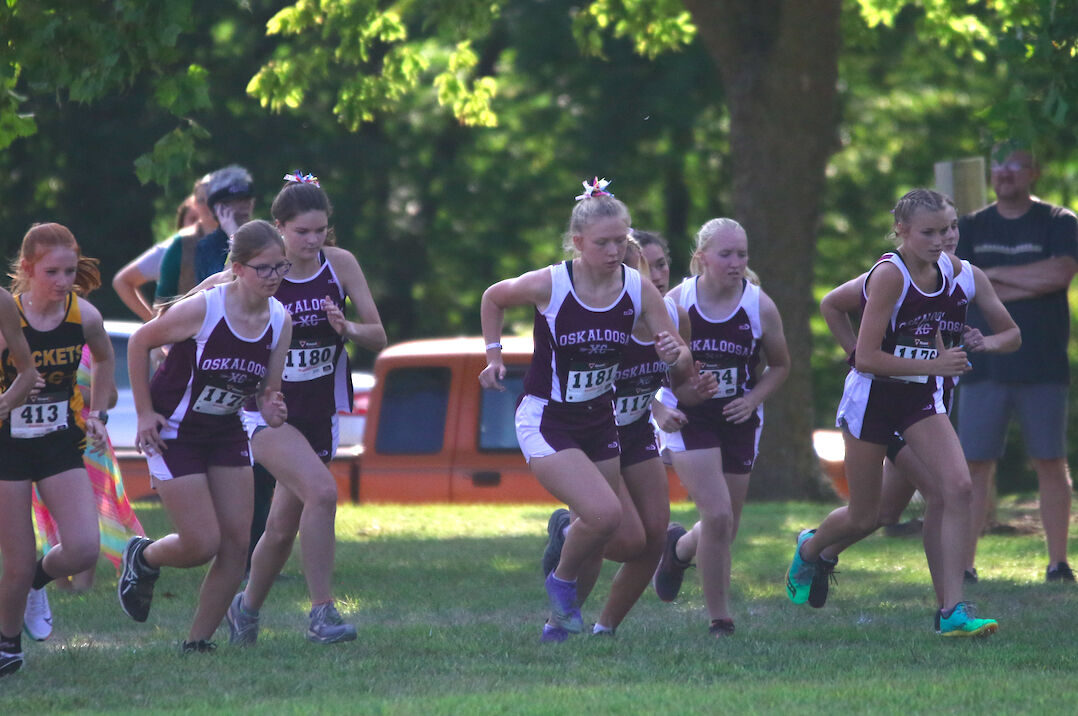 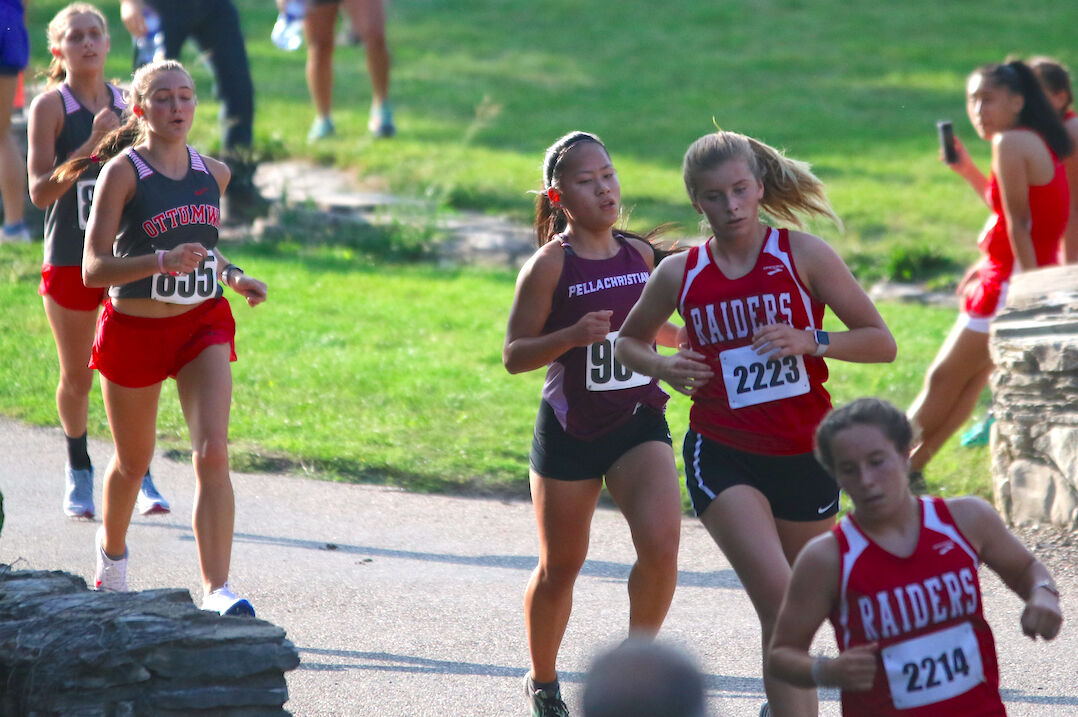 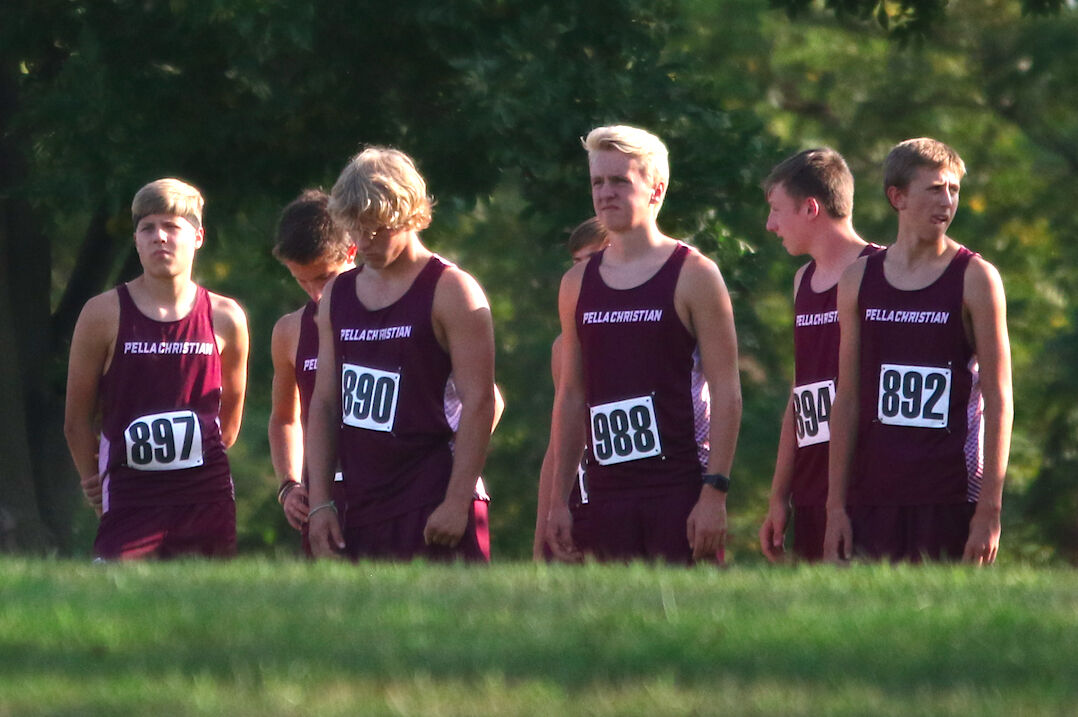 The Pella Christian boys cross country prepare for their race.

The Pella Christian boys cross country prepare for their race.

OSKALOOSA — Patrick DeRonde ran away with the individual title in the boys race for Oskaloosa at their home invite with a time of 17:48, 17 seconds ahead of second place while helping the team to a second place finish.

“Patrick ran a great race,” Oskaloosa head coach Michael Comfort said. “He took control in the first mile and never looked back. It was a great performance.”

Behind DeRonde, Caden Ayala finished just outside the top 10 while edging a pair of Williamsburg runners for 11th place with a time of 19:02.

“Caden, Aden, Phillip, and William did a good job of fighting in the middle mile and held at the end to secure a second place finish,” Comfort said. “That was a good result for our boys team.”

The Oskaloosa girls started off the racing with three girls in the top 12, helping them to a third place team finish with 89 points, just six points behind Ottumwa for second.

"Our girls had a nice bounce back race from last week,” Comfort said. “Sage Adam's performance was the key tonight where we were able to place three girls in the top 12. Anna Coniglio did a great job leading us and Morgan Drost performed well in her first varsity action. Placing third is a good step for us right now.”

Pella Christian was also in the field, taking seventh as a team in the girls race and eighth in the boys race.

Jaclyn Holmes ran a strong race for the Eagles, running with the lead pack for the majority of the race before finishing in sixth with a time of 22:30.

The PC boys had two finish in the top 20 with Brayton Juffer taking 16th at 19:24 and Kaden Van Wyngarden finishing shortly behind him with a time of 19:29.

Oskaloosa go to Newton on Tuesday while Pella Christian race at Lynnville-Sully on Thursday.