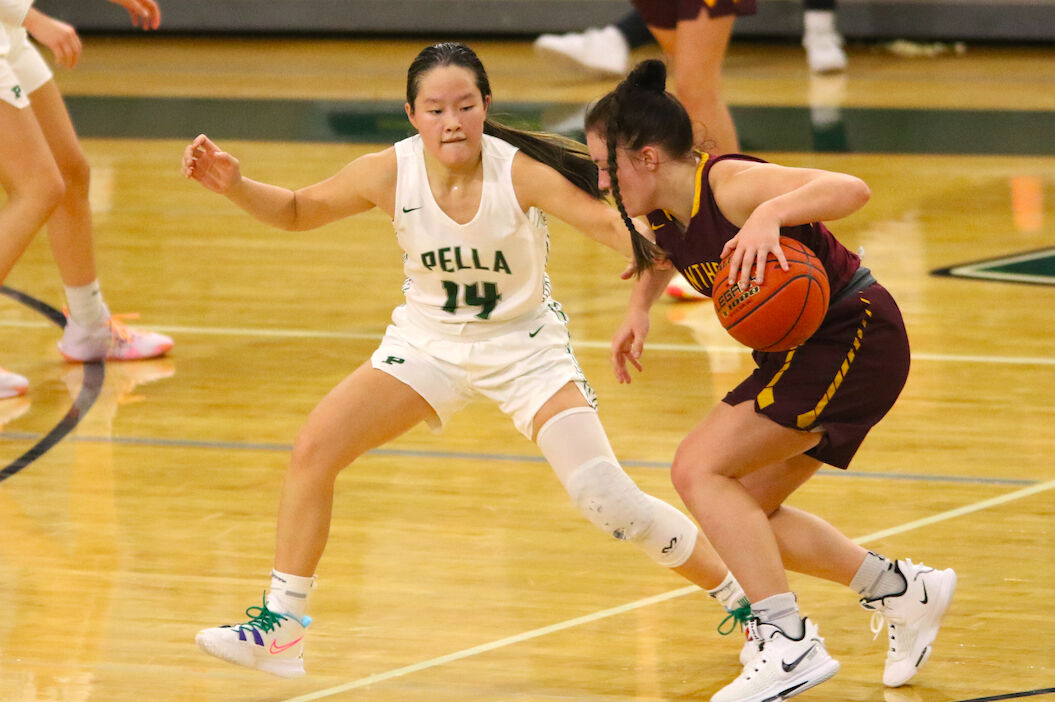 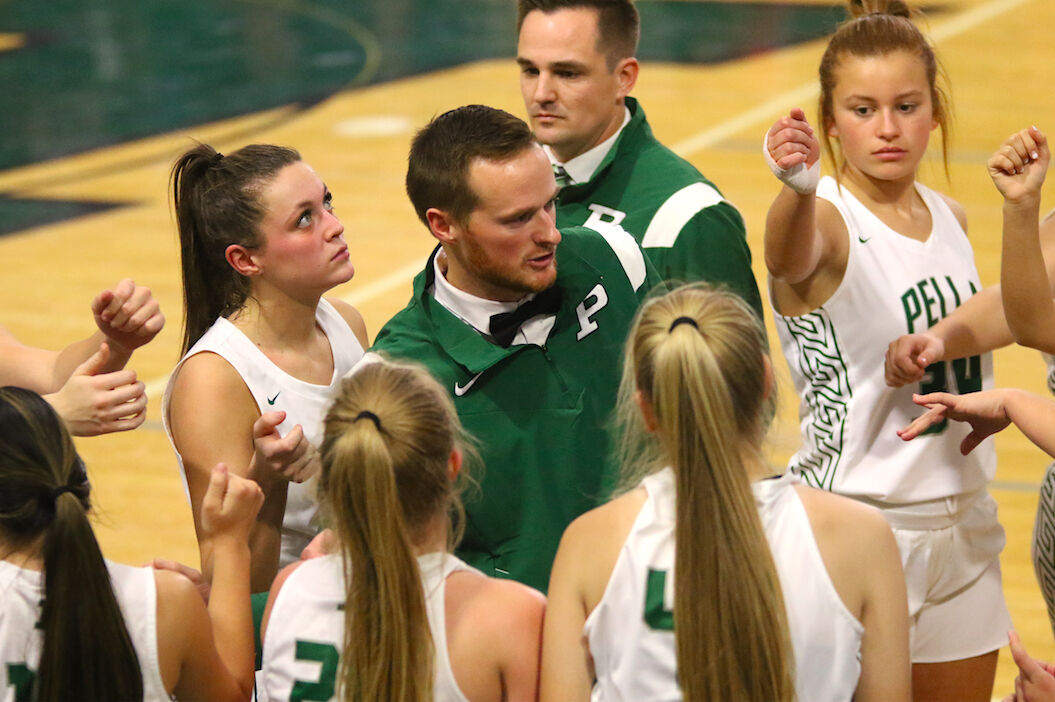 PELLA — All the emotions of opening night with a mostly new team. It’s the first time you get to see how all the work in the summer and in practice translates to real time competition. For first year head coach Blaine Forsythe and the Pella Lady Dutch, they were able to overcome those emotions and shake off the early rust to go on to secure win number one on the season and in the coaching career of Forsythe as the girls in green and white defeated Mount Pleasant, 63-43.

“To hit on your emotions thing, I'd say yes to every single one,” Forsythe laughed. “I was nervous, excited, anxious, all those kinds of things. Just really proud of the girls with how they played. We created chaos, we played a lot of intensity and that's what we wanted. We want to be a fun style of basketball that that they enjoy playing and I thought they did a great job of doing that.”

It took a couple of minutes for everyone to settle into the game. The girls couldn’t quite find the range from three and there was just as much traveling as there will be for a Thanksgiving family reunion. The teams went back and forth early but Pella was able to end the final three minutes of the first quarter on a 9-0 run with their defensive pressure leading to easy baskets on the other end.

“That's one of our focuses,” Forsythe said. “You're going to have poor shooting nights or nights where they just kind of take you out of your offense. But one thing that we can control is our effort and our intensity on the defensive end. I thought we did a good job of setting that tone right away. We weren't perfect by any means and there's a lot of room for growth, which is the exciting part.”

The Panthers would try to answer back in the second quarter but the Lady Dutch would start another run. Anna Vander Waal would knock down a three before snatching a steal and a quick layup right after to give Pella a 5-0 burst and force a Mount Pleasant timeout with a 26-14 lead.

The Lady Dutch run would continue out of the timeout as the girls would score the next eight points behind good ball movement and shotmaking as sophomore guard Kennedy Van Vark had 10 points in the quarter to help Pella gain a 39-20 lead at the break.

It was formality from there as Pella kept up the pressure on defense and worked the ball to open shots on offense. Both sides were able to empty the bench late as the Lady Dutch rolled to a 20-point victory.

Van Vark was the star of the night for Pella, the sophomore making her first start would go for 26 points on 11-of-15 shooting from the field and 4-of-8 from three to go with eight rebounds, three assists and a steal.

“We're really proud of Kennedy,” Forsythe said. “She's someone who puts a lot of time into her game and developing her craft. She was in the gym almost every day this summer. It's a testament to how hard she's been working in the offseason and in practice. We’re hoping she is consistent in that role and will continue to develop that role as a guard or a point guard when we need her to.”

Game one is in the books for Pella and they will have one week before returning to action with road games schedule for four of the next five games. There was a lot to like in night one but the improvements will continue to be made as the season progresses.

“I think the biggest thing we want to improve on those are defensive rotations, whether that be in the press or in the half court,” Forsythe said. “We'll watch it on film and the girls will watch it on film just to see those rotations where we gave up some easy baskets or some straight line passes. As soon as we can take away some of those and just clean those up, I like where we’ll be at.”

But the team isn’t the only one with some improvements to make. Forsythe was sporting a bowtie for his first game as head coach and the big question was whether it was the real deal.

“I’ll be honest, it’s a clip on,” Forsythe laughed. “I tried the real one once and I could not tie it so I guess that’s something that we’ll work on one of these breaks.”