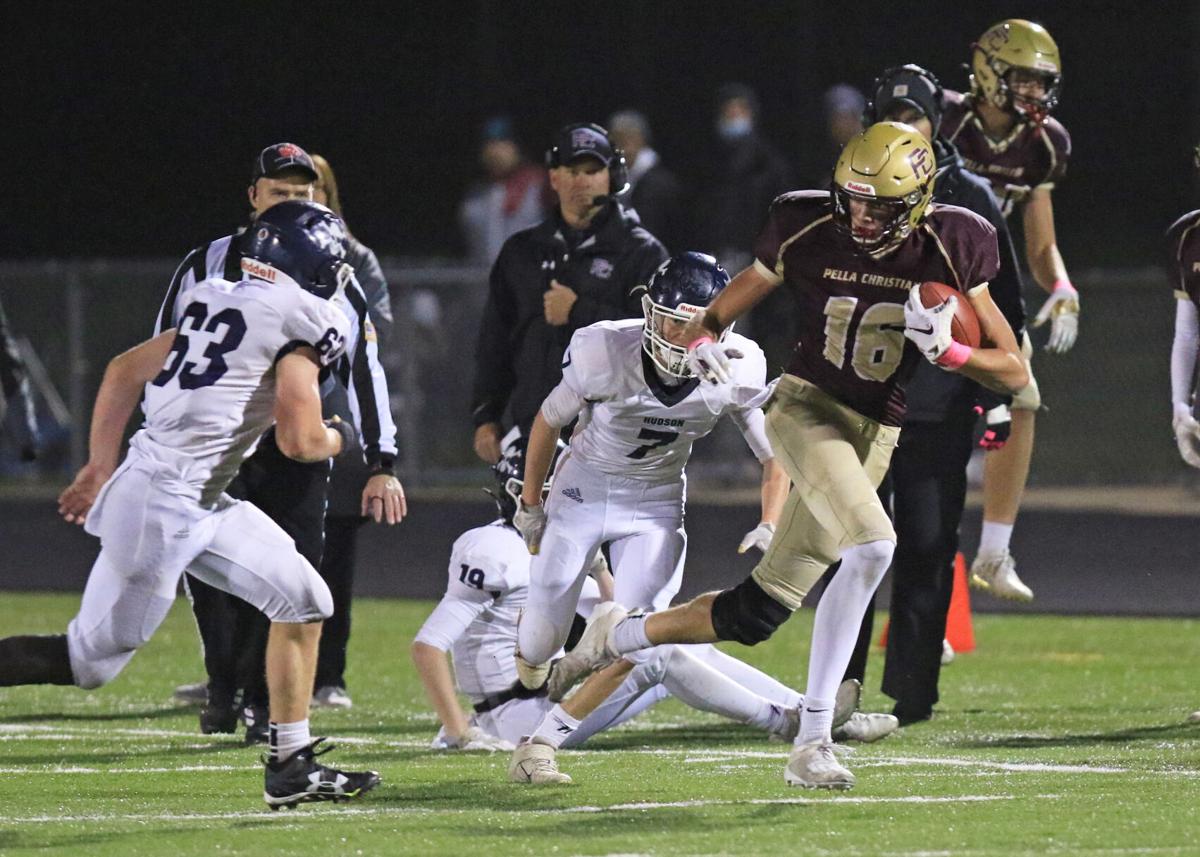 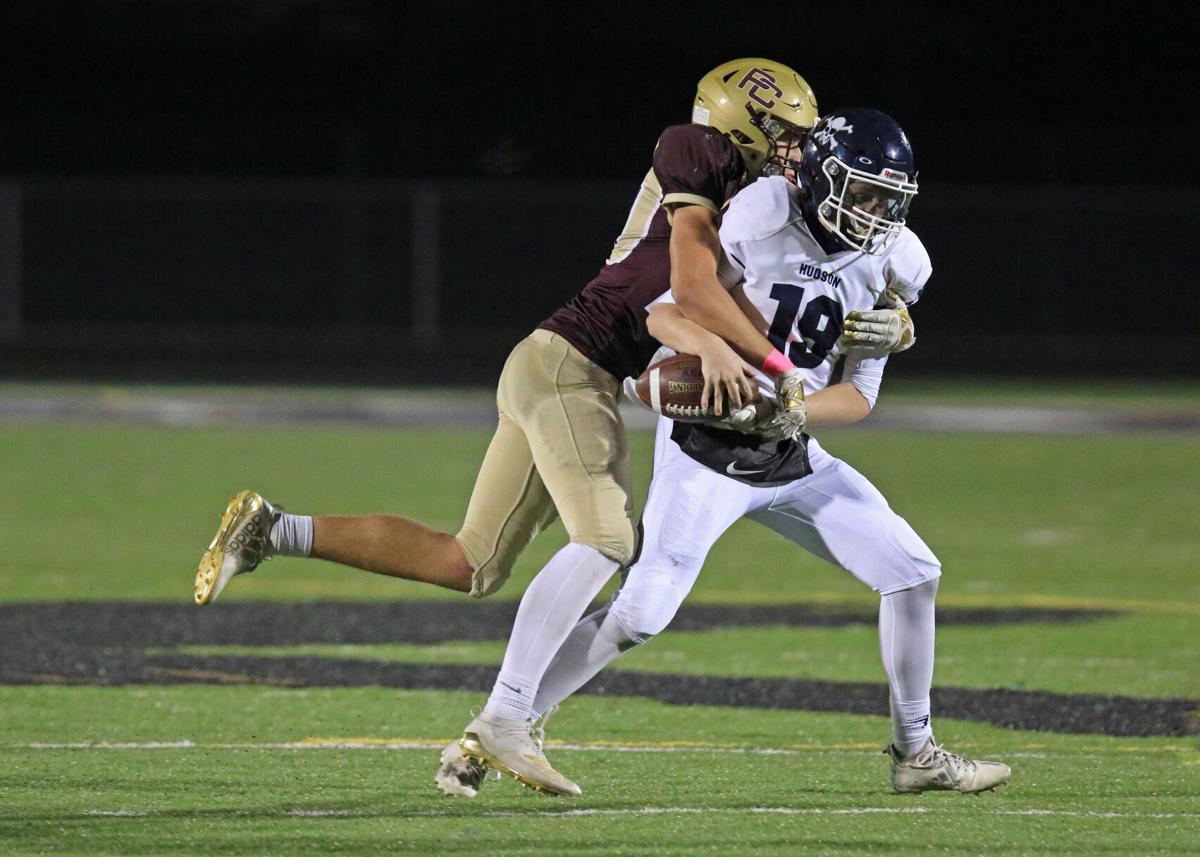 PELLA — The Hudson Pirates came to Pella Christian Friday night for the first round of Class 1A playoff action with a punishing run game designed to knock off the home standing PC Eagles. But the Eagle defense was able to rise up and make some key stops in the red zone to keep the Pirates out of the end zone until late in the fourth quarter.

The game began on a high note for the Eagles as they kicked off to Hudson and on the first offensive play, the Pirates fumbled and the Eagles came up with the ball on the 12 yard line. But things turned sour and three penalties pushed PC out of the red zone and dashed the hopes of an early touchdown.

Hudson took possession and drove for 17 plays all the way to the Pella Christian 12 yard line where the defense came up with a fourth and one stop.

The Eagles gained only nine yards in three plays and were facing a fourth and one situation. Coach Rich Kacmarynski rolled the dice and went for the first down, but he got a whole lot more. Quarterback Isaac Kacmarynski faked to Cody Boender and kept the ball over left tackle. Kacmarynski broke a tackle and was in the open field. The race was on and Kacmarynski outran the Pirate secondary for a 79-yard scoring play. The PAT kick hit the uprights and was no good, but the Eagles had a 6-0 lead as the first quarter ended.

As the second quarter opened the Pirates were on the move again. Nine plays moved them to the Eagles 38 where the PC defense came up with another big play. The Pirates attempted their first pass of the game and there was a six-foot, seven-inch ball eater lurking in the Eagle secondary. Eric Mulder went high above the receiver and came down with the ball.

Pella Christian was unable to move the ball in three plays and Aiden Stolz pounded a 54-yard punt into the wind to put the Pirates back into their own territory. This time the Eagle defense held at near midfield and the offense took advantage.

Boender capped a 53-yard drive with a nine-yard run for a 12-0 PC lead at halftime. The key play was a 28-yard pass from Kacmarynski to Mulder to put the ball on the 12 yard line.

The third quarter was scoreless as the two teams traded defensive stops. But late in the third stanza the Eagles took over on their own 43 yard line. 12 plays later the Eagles polished off a 57-yard drive with a with a pass from Kacmarynski to Mulder for five yards and a TD. The PAT kick by Jack Fancher was good and at the 10:36 mark of the fourth quarter PC owned a 19-0 lead. Boender had three big first down carries in the drive.

The Pirates finally got on the board with 5:24 left in the game as quarterback, Bryce Griffin, sneaked two yards to score. PC answered with a one yard run by Boender and a kick by Fancher to set the final score at 26-6.

“We anticipated a strong run game from them,” PC coach Rich Kacmarynski said. “They have been a run team all year and they put the pressure on our defense. We bent a few times but we didn’t break. We made big plays on both sides of the ball. The key to the game was to keep them out of the end zone. Our kicking game really helped us tonight as we punted very well.”

Isaac Kacmarynski led the Eagles with 127 yards rushing and he passed for another 95 yards. Boender chipped in with 83 yards and two TD’s on the ground and Mulder added five catches for 75 yards and a TD. On the defensive side of the ball, Luke Mulder and Boender each had nine solo stops and three assists while Eric Mulder had eight solos and one assist. Eric Mulder and Bennett Spronk each had an interception and Fancher and Drew Geetings dug out fumbles.

The Eagles are 5-3 and will host Panorama Friday night in round two of playoff football.