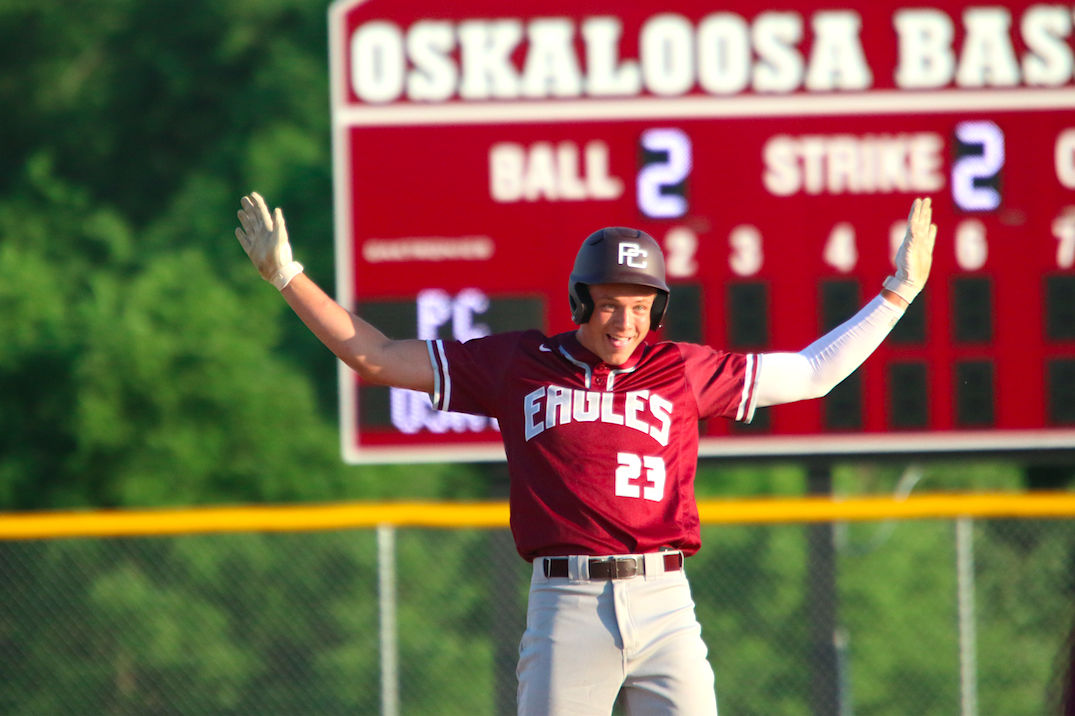 Pella Christian's Luke Mulder flies into second base after hitting a double. 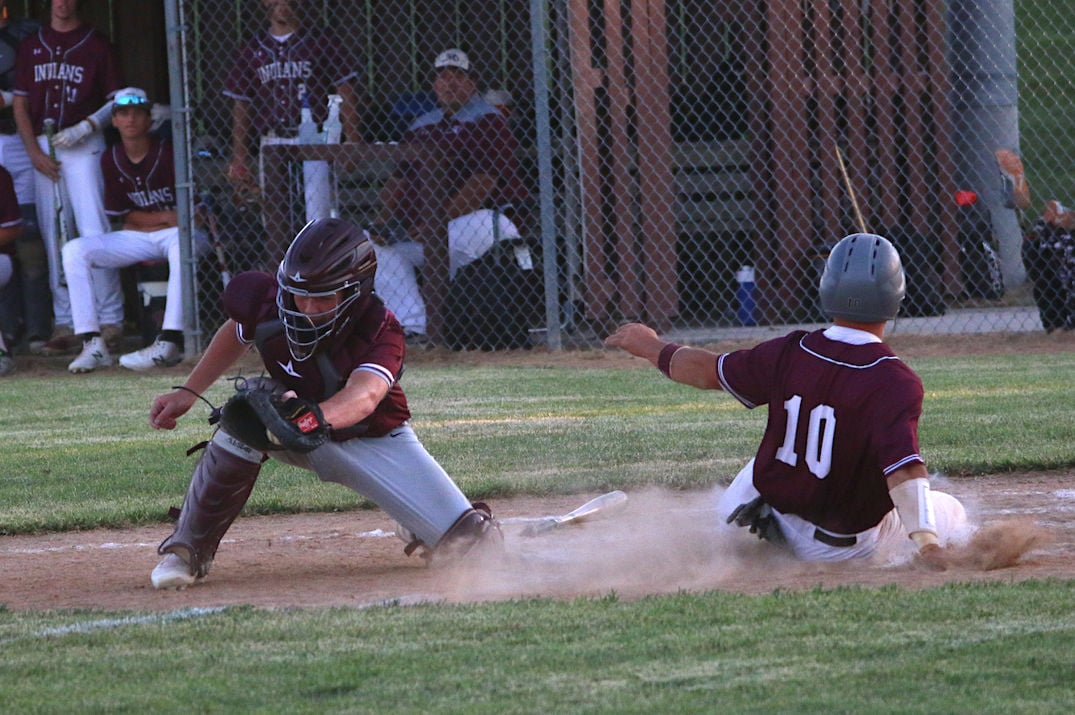 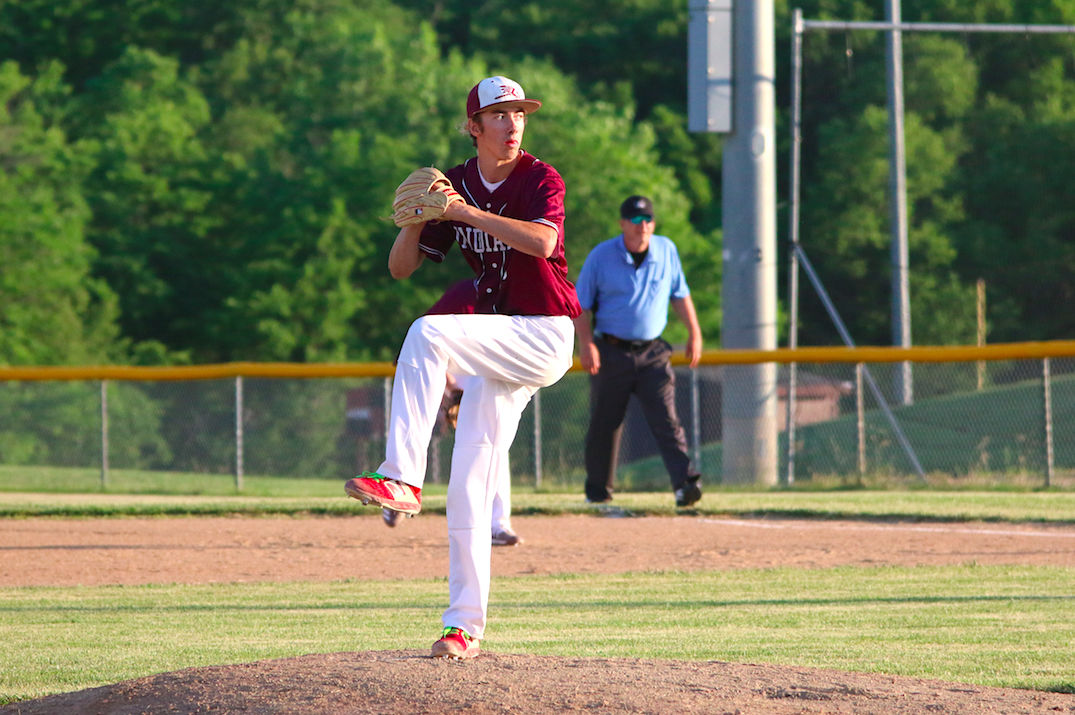 Oskaloosa's Jarrett Czerwinski got the start on the mound for the Indians. 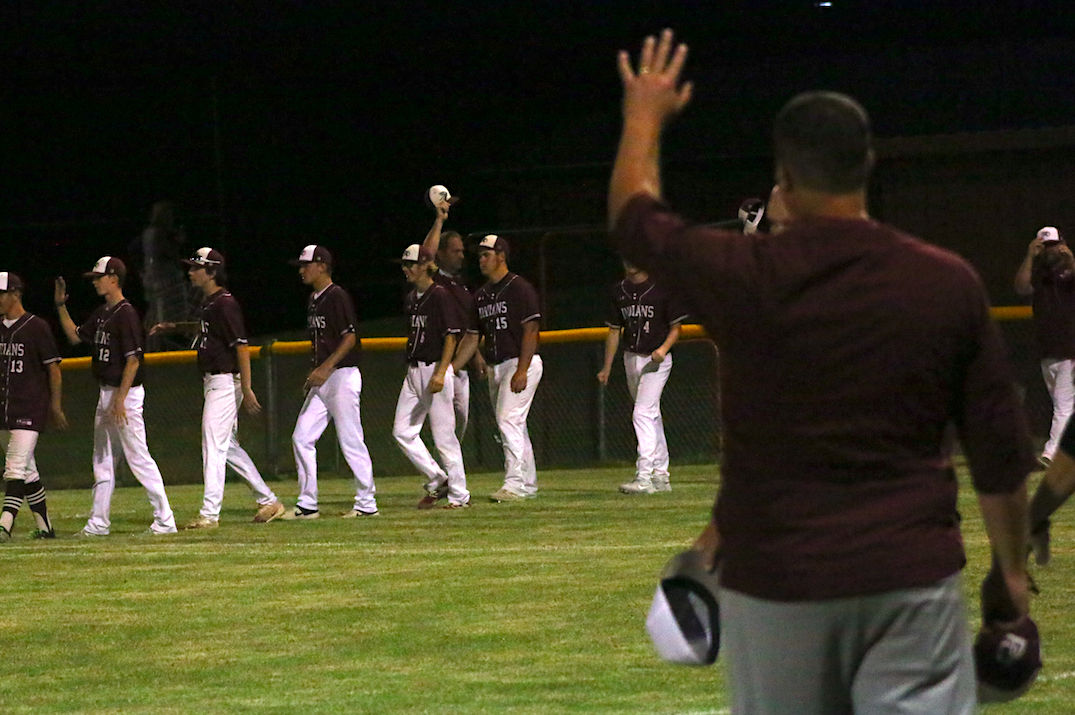 With no more postgame handshakes, coaches acknowledge each other after the game from a distance.

Pella Christian's Luke Mulder flies into second base after hitting a double.

Oskaloosa's Jarrett Czerwinski got the start on the mound for the Indians.

With no more postgame handshakes, coaches acknowledge each other after the game from a distance.

OSKALOOSA — Baseball was back and it was a perfect summer night as eager fans from both Oskaloosa and Pella Christian came to see the boys of the summer return to the field on Monday night. It was the Indians picking up their seventh straight win over the Eagles as Oskaloosa would start the season with a 8-3 victory.

The good-sized crowd packed in around the baseball field as the coaches and players had to adjust to baseball with social distancing guidelines.

The managers met before the game with a lineup exchange and a tip of the cap to each other and the umpires. Then one inning into the game came a stoppage in play to remove a necklace. Then another stoppage to switch out balls after Oskaloosa pitcher Jarrett Czerwinski licked his fingers before a pitch.

Add on that both teams had to use their own game balls while the other team’s players and coaches had to avoid touching their opponent’s baseballs at all cost. Plus, coaches may have to sanitize any foul balls touched by spectators.

Besides that, it was still baseball. It was still two teams competing as players looked thrilled to be able to take the field.

The Indians jumped on Pella Christian starting pitcher Devin Haveman in the first inning, bringing around five runs to score with the first five batters reaching base. Noah Van Veldhuizen and Colton Butler got the scoring started with the back to back run-scoring singles up the middle with Van Veldhuizen driving in one and Butler scoring two.

After a nice bounce-back strikeout by Haveman, Charlie North continued the theme with a two RBI single up the middle to make it 5-0 for Oskaloosa.

Pella Christian would have to make a pitching change in the first inning as Matthew Bokhoven would come in the finish out the inning.

Oskaloosa added a run in the second inning on a deep sacrifice fly to right center by Van Veldhuizen allowing Tyler Miller to tag and score from second base and make it 6-0.

The Indians would then add to their lead in the fourth inning on a RBI single from Butler and a RBI ground out by Wes Wilcox, making it 8-0.

The Pella Christian bats were quiet for the majority of the night with Luke Mulder’s first inning double being their only hit until the sixth inning.

That was when they were able to string together a handful of quality at-bats with Mulder getting his second hit of the night with a RBI single up the middle allowing Dan Jungling to score from second. Mulder would later score on a wild pitch.

Blake Veenstra would later come up and smack a deep shot to right-center field for a RBI triple and the Eagles would cut the deficit to 8-3.

After a beautifully executed 6-4-3 double-play ended the bottom of the sixth for Oskaloosa, Pella Christian was looking for another rally in the seventh.

The Eagles would draw a leadoff walk, forcing Oskaloosa to go the bullpen and bring in the flamethrower Van Veldhuizen.

Van Veldhuizen was throwing darts in his first appearance on the mound this season and he would strikeout three Eagles in a row to end the game and secure the Opening Night win for Oskaloosa.

Van Veldhuizen ended the night with those three strikeouts to go along with two RBIs at the plate. Bulter led the way for the Indians with three hits and three RBIs. Miller would reach all four times with one single, two walks and one hit-by-pitch.

For the Eagles, Mulder would finish with two hits and a RBI while Veenstra also added a RBI on one hit.