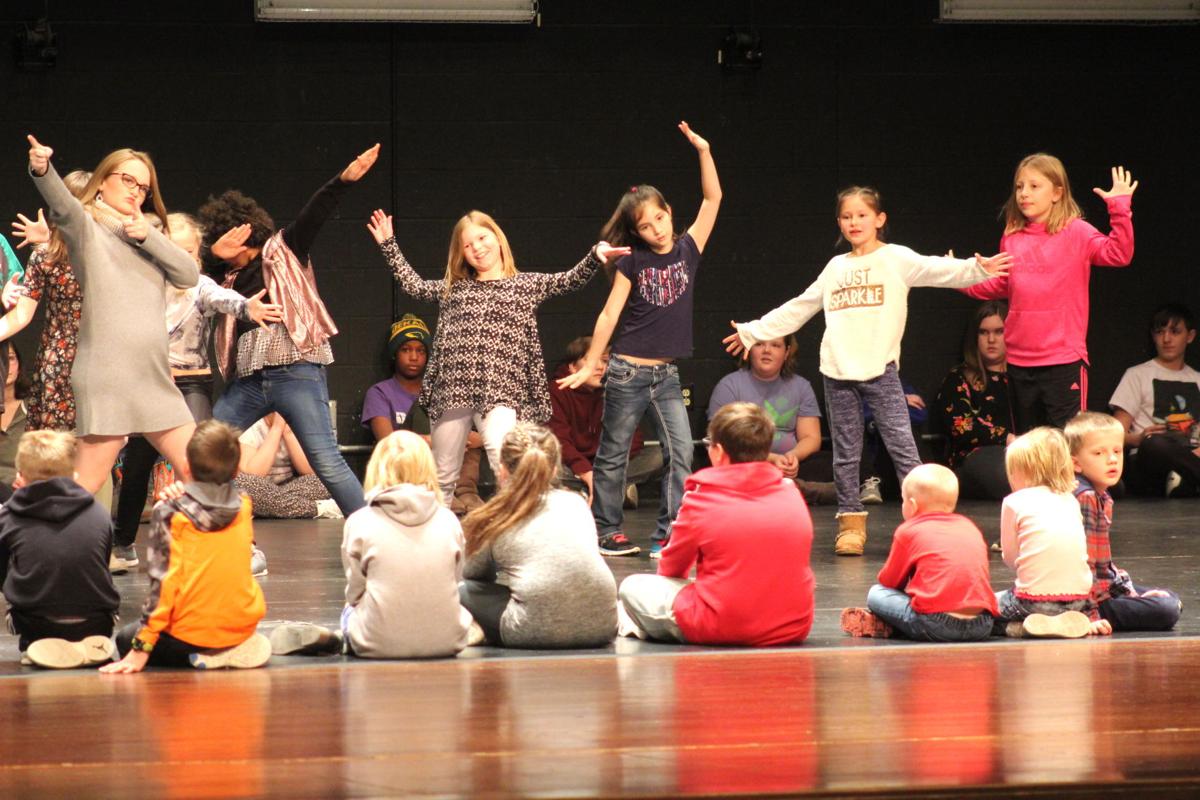 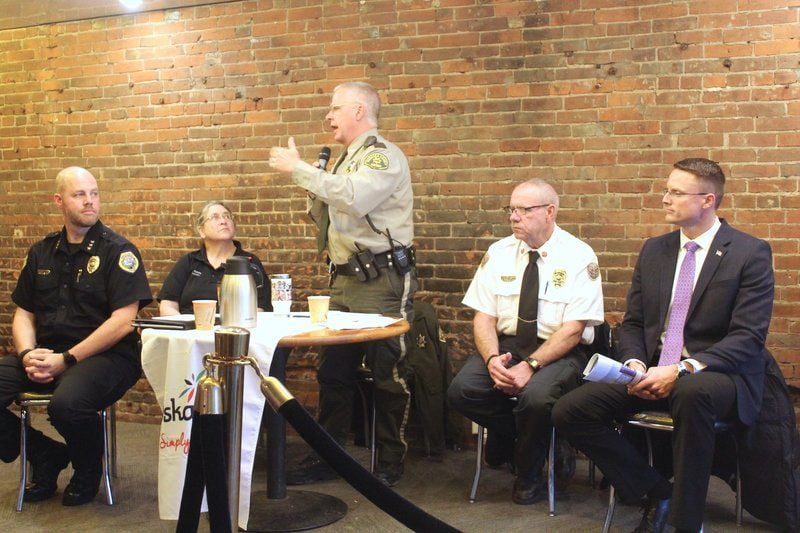 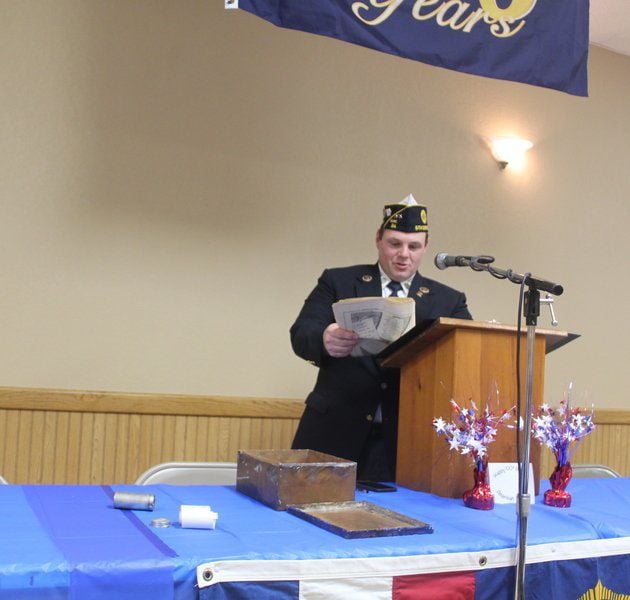 District Commander Darrin Alderson examines a 1949 edition of The Oskaloosa Herald, a roster of Legion members from 1948-1949 and other items that had been placed in the time capsule opened at Friday’s American Legion centennial celebration.

District Commander Darrin Alderson examines a 1949 edition of The Oskaloosa Herald, a roster of Legion members from 1948-1949 and other items that had been placed in the time capsule opened at Friday’s American Legion centennial celebration.

Editor’s note: The Herald is taking a look back at the stories that shaped Oskaloosa and Mahaska County over the past year. This is the first part of four.

Bonds will pay for radio system

The Mahaska County Board of Supervisors voted to use Local Option Sales Tax bonds –not to exceed $5.5 million– to pay for the radio communications system. A grand total of $4.9 million was estimated for the project, which includes the system itself as well as upgrades, maintenance fees and construction of three new towers. Project management and contingency monies are also included in that estimate.

The Oskaloosa City Council approved a 28E agreement between the city and the Oskaloosa Community School District, clearing another hurdle on the course to get the Recreation and Early Childhood Development Center on its feet. It’s a significant project, said Oskaloosa Mayor David Krutzfeldt.

“There are certain milestones in the history of cities,” he said, “and it strikes me that this is going to be one of them that will be looked back on for years to come, where they’ll say ‘that was a big day in Oskaloosa’s history.’”

Mahaska County representatives Holly Brink and Dustin Hite were sworn in to the Iowa House of Representatives.

Mahaska County’s workforce was “fantastic,” Flaherty said, but it was also a significant liability.

Legendary broadcaster Steve Bell died Jan. 25, 2019 at the age of 83. The Oskaloosa native graduated from Oskaloosa High School and married an Oskaloosa girl, Joyce. Bell cut his teeth at local radio station KBOE. He went on to Central College and Medill School of Journalism.

“Home is very important to us,” Bell said on a 2017 visit to Oskaloosa. “Professionally, I really believe that the midwest, small-town America, has its own values and those translate into an attitude toward work, toward relationships with others.”

The Oskaloosa Community School District Board of Directors approved a restructuring plan at Oskaloosa Elementary School. The change to two principals is in line with administrations at the high school and middle school.

Oskaloosa High School students were presented with apprenticeship opportunities. Local employers visited the school and visited with Oskaloosa and Eddyville-Blakesburg-Fremont students. Over 100 students signed up for apprenticeship career day and more wanted to.

“It’s not the traditional four years of college right after high school,” he said. “I’s getting a career opportunity right out of high school and then following that path to still get the education but get it paid for free, potentially.

Water rates rose starting March 1 to $7.92 per unit, up from $7.07 – a 12 percent increase. Oskaloosa Water Department General Manager Chad Coon said the decision was made because of a drop in consumption, which led to a drop in revenue needed to provide water and maintain and invest in infrastructure.

Costs went up three percent per ton starting July 1. The last rate increase was in 2010.

A new program had Oskaloosa families ‘adopt’ William Penn University students into their families, in an effort to help get students more involved in the community and for community members to get to know the students.

Community members shared their thoughts, wish lists and ideas for improving Oskaloosa. At the top of the lists were more downtown food and drink options, more entertainment, more housing, better community connectivity and other quality of life boosts.

A century of service

Oskaloosa’s American Legion Post 34 celebrated 100 years with a party and the opening of a time capsule. Post 34 is named for Harry L. Anderson, who at the age of 17, was the first Mahaska County soldier to die in World War I.