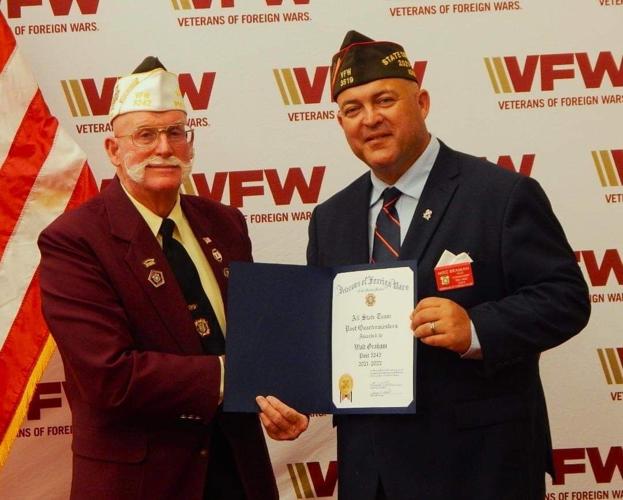 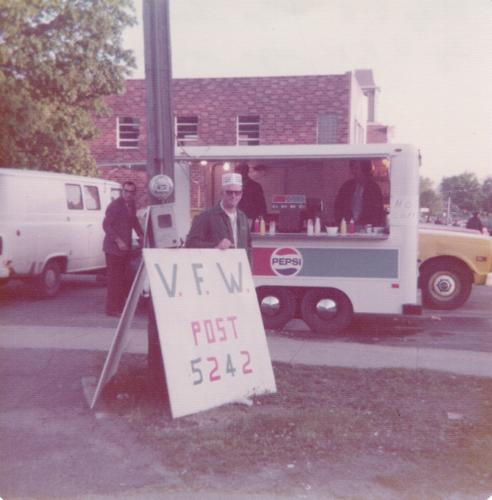 PELLA — It’s difficult for Walter Graham to not get emotional when he speaks of his time serving in the United States Army during the Vietnam War.

Graham was just one of 2.7 million Americans who served in Vietnam. From November 1955 to April 1975, more than 58,000 American soldiers were killed in the conflict — and Graham was one who survived.

“I was gone for two-and-a-half years overseas. I was one portion of Vietnam veterans to come home alive,” Graham said.

Originally from the Lacy/New Sharon area, Graham helped his father on the family farm northeast of Oskaloosa as a boy. He attended Oskaloosa High School before dropping out his sophomore year to work for a local farmer near Oskaloosa. He helped him for three years before being drafted in 1967.

“He kept me out as long as he could, but it got to the point it was so bad over there,” Graham said.

Graham served two tours in Vietnam. During his second, he contracted a serious case of malaria.

“I extended my time over there because I didn’t want to spend time in the States when I got out of the Service,” he said. “The second time I went back, I got malaria and darn near died. I don’t know how, but I survived that.”

Graham, like thousands of others who survived the war, was not always welcomed home with open arms.

“We were bad guys, I guess. I had rocks thrown at me, water balloons thrown at me, spit on,” he said. “We were [called] ‘baby killers.’ It was all just part of the situation. Now, we’re welcomed home.”

Despite this, Graham found camaraderie in his local Veterans of Foreign Wars post.

After his final tour, Graham arrived in Washington, Iowa, where his parents had moved during his deployment. After briefly moving back to Oskaloosa, he decided to make his home Pella in 1970 with his wife, Janice. He later joined Pella VFW Post 5242 in 1973.

Graham recently retired from Post 5242 after 30 years as the quartermaster, where he was in charge of managing the post’s finances.

“It’s quite an undertaking because the quartermaster is the head guy of the post. He has all the finances and takes care of all of them. He has the last say-so of anything that goes on, in or out of the post,” he said. “It’s bookwork, paperwork. It requires a lot of time.”

Graham has held other roles within the VFW, including post commander, chaplain, deputy chief of staff and other leadership roles in district and national positions.

“Walt’s a pretty outgoing, gregarious kind of guy,” said Pat Stark, commander of Pella VFW 5242. “He knows a lot of people around Pella and has lived here most of his life … He’s been a good friend, and we’ve gotten along well. We tend to see eye-to-eye on most things and don’t differ very much.”

In June, Graham was honored with the All-State Team Post Quartermasters Award for the third time at the Iowa VFW State Convention. The award is given to post quartermasters who complete 100% of their yearly membership.

“It has been an honor to get to know and work with Walter over the past couple of years. As the Past 5th District Commander for the Iowa VFW, Walter has been an incredible asset to his Post there in Pella and to others here in the District and State,” said Michael Young, junior vice commander and past 5th district commander for the VFW Department of Iowa and commander of the Beaverdale VFW Post 9127.

Graham is proud of his time as a member of the VFW and will continue to serve as a trustee. He especially enjoyed meeting other VFW members throughout the state.

“I really enjoyed going to other posts because I got to meet the quartermaster, the commander and some of the other guys there that were maybe not in office but just members. [They] were always a bunch of great guys to work with,” he said.

Now that he’s retired, Graham looks forward to more fishing, baseball and family. He also enjoys setting up large firework displays for the Fourth of July every year in Leighton. This year, he helped set up firework displays in Oskaloosa and Pella.

An avid fan of the New York Yankees, Graham hopes he can take his wife, Janice, and his son, Darvin, and his family to attend an upcoming Major League Baseball game at the Field of Dreams in Dyersville, Iowa.

“I love my son to death, him and my daughter-in-law both,” he said. “We’re hoping to take them over there to have a good time.”