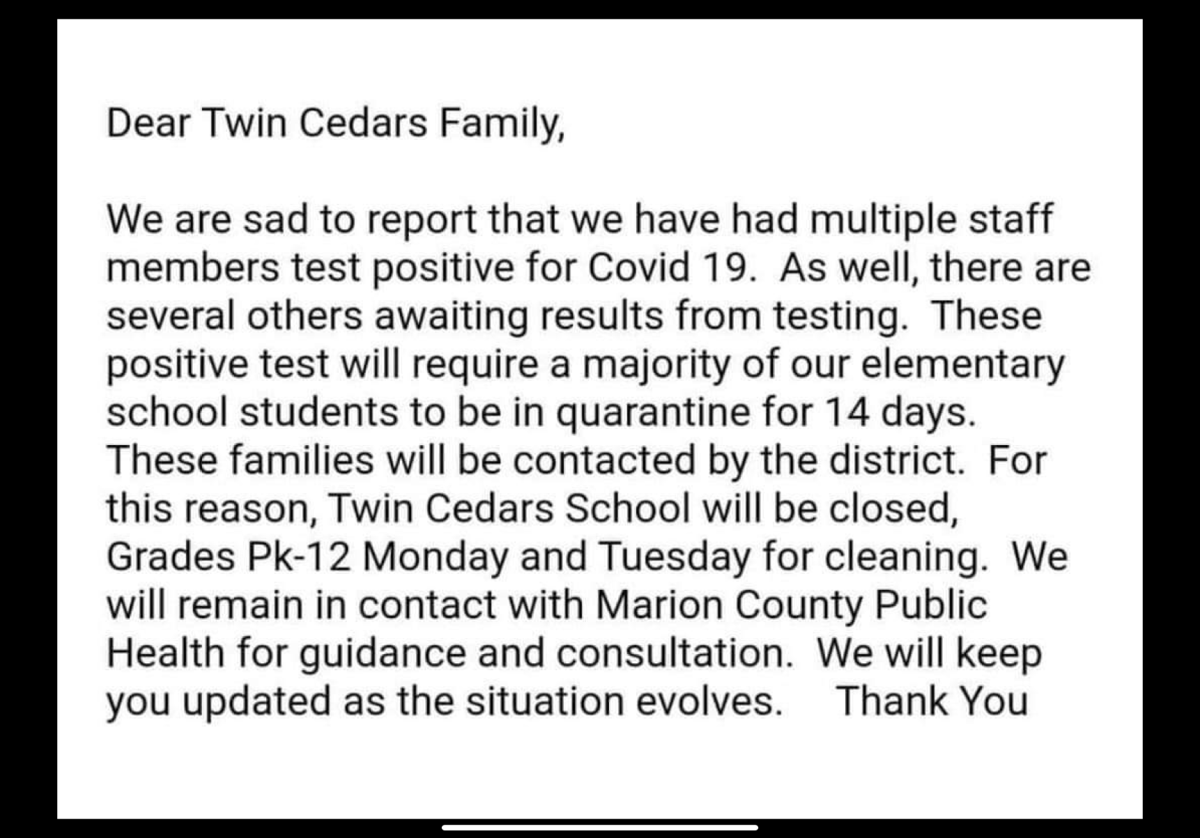 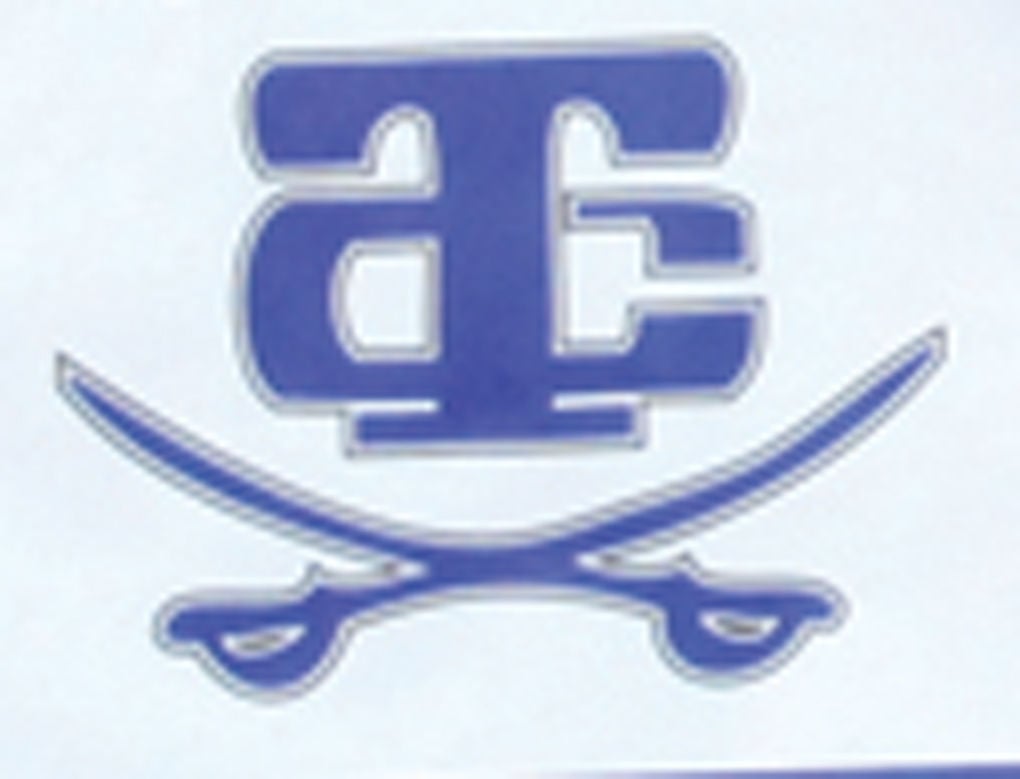 BUSSEY — The Twin Cedars Community School District will not be open Monday or Tuesday after the district said there were multiple positive COVID-19 test results among their staff members.

An email sent to parents of the district said there were multiple positive results that will require the school to shut down on Monday and Tuesday for cleaning. The email said there were several others with pending tests.

A majority of elementary students will need to quarantined for 14 days, it said. The families of those students will be contacted by the district, the email said.

The school district returned to school on Wednesday with students learning in-person.

Twin Cedars had canceled a pre-season football scrimmage that was scheduled against Melcher-Dallas on Friday. Twin Cedars Superintendent Brian VanderSluis said the cancelation was due to an overabundance of caution.

Twin Cedars volleyball games scheduled for Monday and Tuesday against Martensdale-St. Marys and East Union have also been canceled.

COVID-19 cases have been surging in Marion County, though public health officials haven’t specified additional information on the tests. Between Wednesday and Saturday morning, the number of confirmed virus cases increased by 29%, from 219 to 283.

Gov. Kim Reynolds has required schools to teach students in-person at least 50% of the time to start the school year. Districts can apply for a waiver, but the process requires 10% absenteeism at the district and a 14-day positivity rate of 15% in the county the school district is located in.