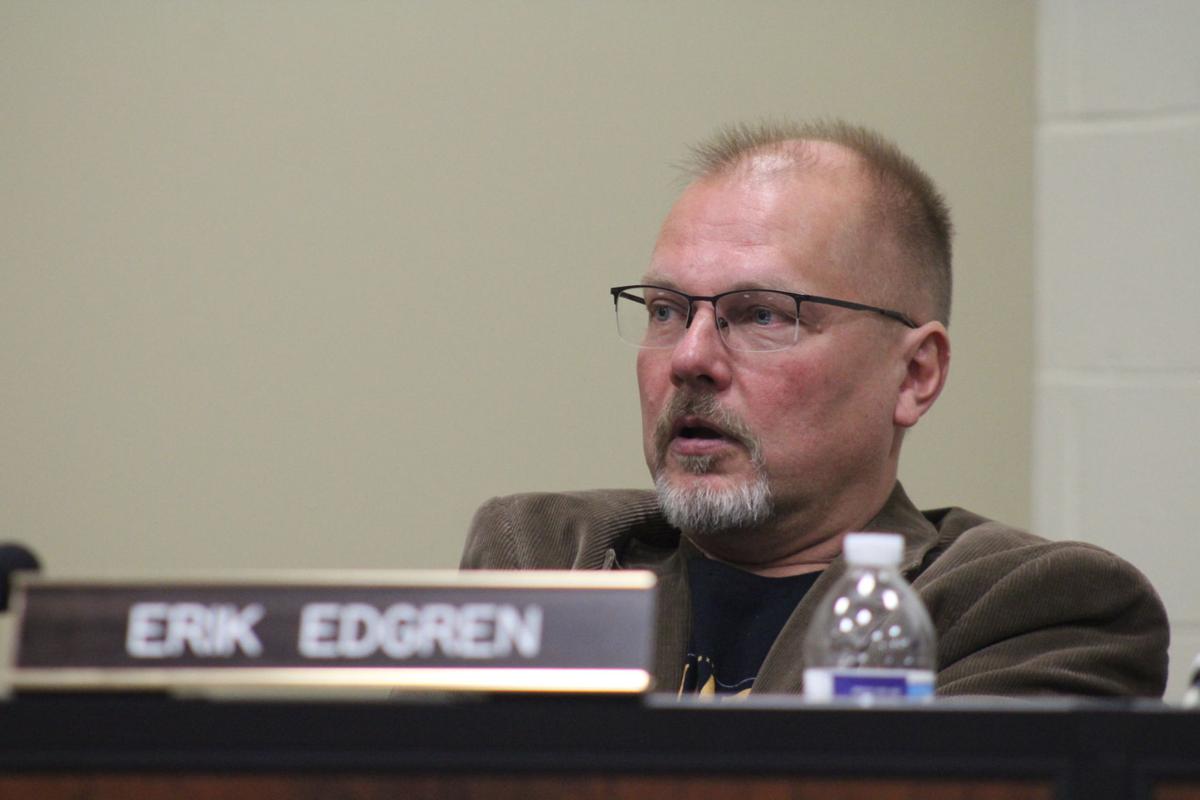 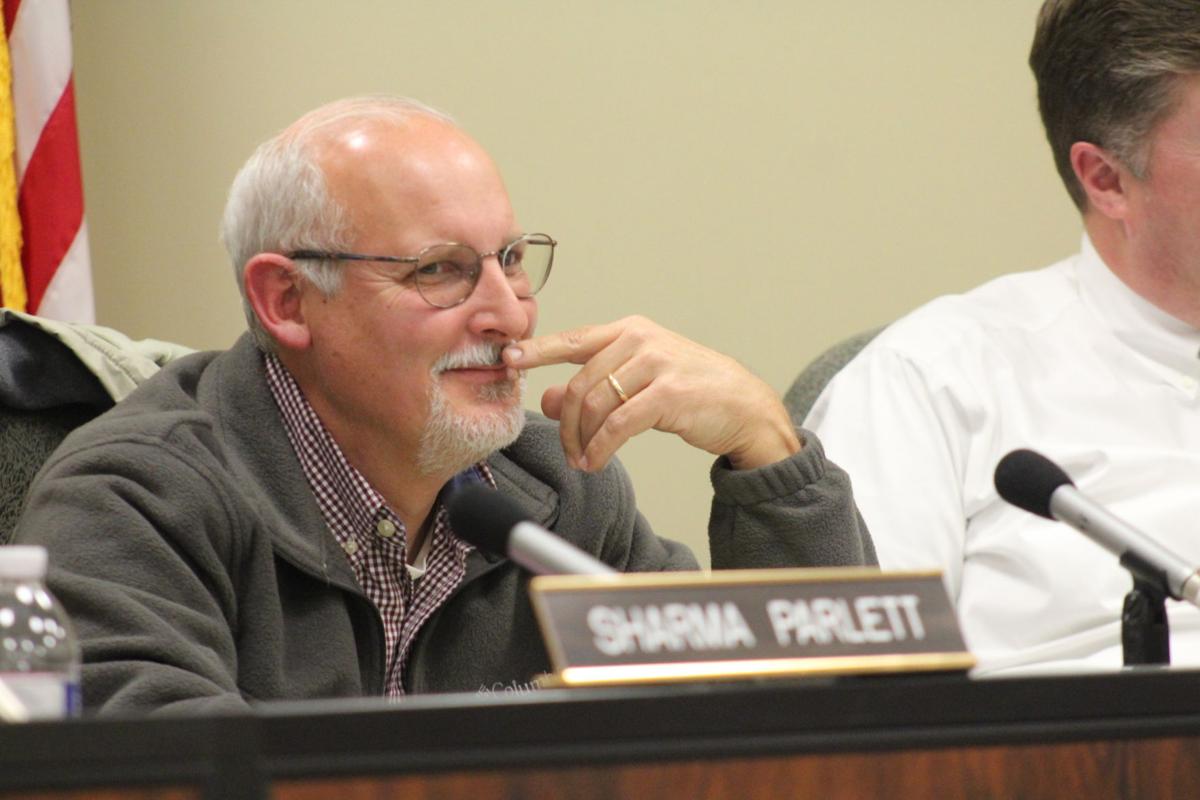 Angie Holland/The Herald Departing school board member Kraig Van Hulzen expresses his appreciation for his fellow board members as well as Superintendent Paula Wright and Board Secretary Chad Vink.

Angie Holland/The Herald Departing school board member Kraig Van Hulzen expresses his appreciation for his fellow board members as well as Superintendent Paula Wright and Board Secretary Chad Vink.

OSKALOOSA — The Oskaloosa Community School District Board of Directors recently learned about how student success is measured.

“So you really can’t look back at the old scores and make a comparison,” she said, “because it really has changed. They’re two different tests.”

The students were given assessments in April. The screeners, Hanson said, show whether students are achieving a years’ growth and become ready for the Iowa Statewide Assessment of Student Progress in the spring.

“That’s why when you look at the benchmarks which are linked there, they get a little bit higher in the winter than the fall, and then in the spring. So we’re trying to see if they’re making adequate progress.

Hanson said the purpose of the Iowa Statewide Assessment of Student Progress is to measure what the students know and are able to do in terms of the Iowa core standards.

“That’s really what that purpose is and it’s given in the spring at grade level,” she said. “So we’re looking on grade-level standards for math, reading, writing, language conventions and science in three grades.”

Reading and writing will be tested differently than in the past, Hanson said, moving away from strictly multiple choice.

“ISASP is tied directly to grade-level standards. And they have the questions written in a way that they’re going to make sure that they’re getting to the rigor of that question, of that standard in those questions,” she said. “A big difference as well, is we’ve never monitored writing before. Once upon a time, we might have had questions on correct the punctuation or which has the wrong word, but now they have to actually write sentences and write paragraphs and write essays, and we’re doing it on the computer so they have to be able to type as well.”

Hanson shared some student data. District certified enrollment has been declining for the past six years. According to the data, there is between 94.5 and 96.2 percent attendance at Oskaloosa schools.

In 2018, the Oskaloosa High School graduation rate was 89 percent. Fifteen students dropped out that year. Of those 15 students, 11 were on free and reduced lunch.

Fewer students are taking free and reduced lunch. The number has been declining after a spike in the 2016-2017 school year.

One in seven students have an individualized education plan; a number that has been climbing since 2016-2017.

Approximately 7 percent of students are in Talented and Gifted programs at the schools.

Board members Kraig Van Hulzen and Erik Edgren ended their tenure on the board.

Edgren shared memories of a trip to South America and witnessing families sending their children to school in immaculate uniforms despite living in a small home with dirt floors.

“The parents understood that education was important and they were not going to let anything get in the way of making a better life for their kids,” he said. “It was important.”

The biggest problem Edgren said he has seen during his four years on the board was not from the board, but rather too many people don’t value education and are apathetic.

“Whether you’re on a path towards apprenticeship or whether you’re on a path towards getting your doctorate someday or whatever, that this is important,” he said. “I think we have lost that as a society somewhat. Not everyone. I don’t know what the answer is, but I can see the problem clearly and it makes me sad. And I think that it’s a problem we have right here in Oskaloosa for sure.”

Edgren said he has optimism for the Oskaloosa Community School District.

“I didn’t toward the beginning of my tenure here on the board,” he said. “The super large part of that is because of Superintendent Wright and the direction the school’s taken since that time.”

Van Hulzen expressed gratitude and appreciation to each of the board members. He thanked then for finding their passions and using their gifts.

Both were given plaques.

• A 28E agreement with the Oskaloosa Police Department for School Resource Officer services was approved.

• The board agreed to replace an elementary school HVAC unit, with a cost of $56,500.

• The board approved allowing promotion of a student trip to Panama.

• Voluntary early retirement for certified staff was approved for the 2019-2020 school year.

• The first reading of a school bus seat belt policy was approved. New school buses will have seat belts.

• The purchase of a Chevrolet Suburban was approved.

• The board approved a conditional use permit and site plan application from the City of Oskaloosa, with regard to accessing land owned by the school in order to facilitate building the Early Childhood Education and Recreation Center.