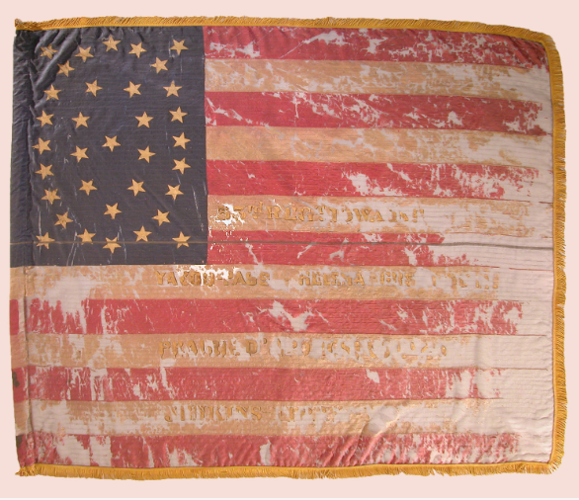 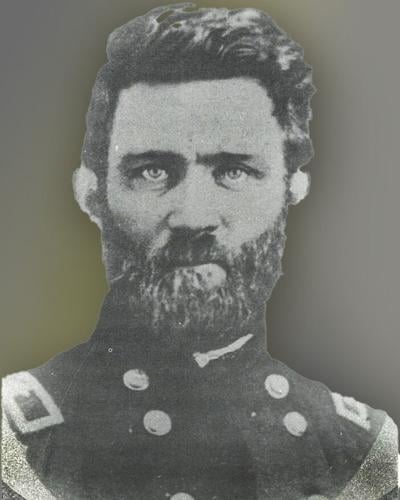 Col. Samuel A. Rice, commander of the 33d Iowa Infantry. He was a self-made lawyer and helped found Iowa's Republican Party. He lost elections for the governorship and the U.S. Congress, but turned out to be a natural at soldiering. 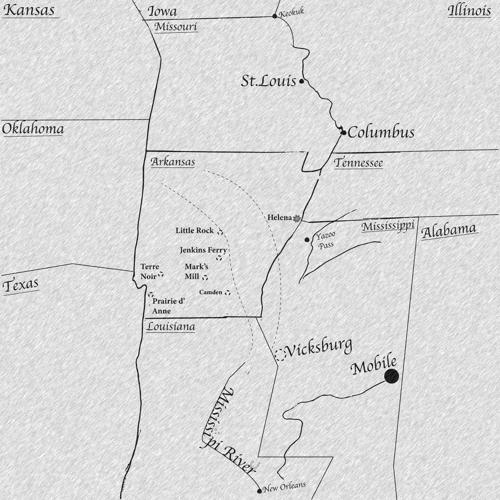 A map showing the battlegrounds of the Iowa 33rd.

Col. Samuel A. Rice, commander of the 33d Iowa Infantry. He was a self-made lawyer and helped found Iowa's Republican Party. He lost elections for the governorship and the U.S. Congress, but turned out to be a natural at soldiering.

A map showing the battlegrounds of the Iowa 33rd.

This is the first of a two-part series examining local connections to the Civil War, particularly the year 1863. Several historical sources were used in this report, including “History of the 33d Iowa Infantry Volunteer Regiment: 1863-6” by A.F. Sperry, as well as documents and photographs from the State Historical Museum of Iowa, Des Moines. The second part will publish in Tuesday's Herald.

On a Fourth of July nearly 160 years ago, the nation was torn in two.

It was 1863, and America was going into the third summer of the bloodiest conflict in the country’s history — the American Civil War, famously fought between the Union and the Confederacy over the issue of slavery.

In July 1863, the war was raging in Vicksburg, Mississippi, a Confederate stronghold that had been under siege by Union Gen. Ulysses S. Grant since May. Vicksburg was a crucial battleground for both sides. Whoever controlled the fortress at Vicksburg would control boat traffic on the Mississippi River, an important supply route and means of connecting the east and west. At the start of July, a month and a half into the siege, the starving Confederates were still desperately holding onto hope that their army would send forces to liberate them soon.

Meanwhile, Iowa soldiers wearing the Union blue and under the command of an Oskaloosa attorney were fighting a battle of their own hundreds of miles from a home they hadn’t seen in almost a year. That battle was taking place almost 200 miles north of Vicksburg, deep into Confederate territory on the eastern edge of Arkansas at a town called Helena.

Recruitment for the Union Army began in April 1861. In 1862, recruiters campaigned in Iowa for men willing to sacrifice their lives in the fight for freedom.

“At 1 P.M. [Aug. 9, 1862] a meeting of citizens of Pella & vicinity in the Garden Square,” described Sgt. John S. Morgan in his diary. Morgan was a citizen of Marion County who would go on to serve as a volunteer soldier during the war. “The assembly was addressed by different men who spoke of the Rebellion & the necessity of more men taking the Field ... Quite a number enlisted.”

Pella was only a small part of the overall recruitment efforts across Iowa and the nation at large. Oskaloosa and surrounding communities saw similar events taking place, and by early September, the Southern Iowa Fairgrounds — which still serve as the home of the Southern Iowa Fair today — was the rendezvous point for volunteer soldiers from Mahaska, Marion and Keokuk counties.

The soldiers christened their new home “Camp Tuttle” and spent nearly three months there under the command of Col. Samuel A. Rice, an Oskaloosa attorney and newly-minted leader of the regiment, learning drills and preparing for war.

“The first duty of the regiment was to learn to drill,” recounted Andrew F. Sperry, a resident of Marion County who served under Rice and later wrote the first history of the regiment. “With no previous military experience, Colonel Rice applied himself to the study of the regulations and tactics with such intense and unremitting attention that he soon made himself an excellent drill-master; and he always gave his personal care and effort to the instruction of the regiment. From four to eight hours a day were devoted to this; and it was not long till the result was apparent in the discipline and proficiency of the command.”

On Oct. 4, 1862, the regiment was officially mustered into the United States service.

“It was an impressive scene,” Sperry said of the event. “The day was clear and beautiful; and as the mellow rays of sun approached more nearly to the horizon, the men were drawn up in long double lines in camp.”

The oath of enlistment was administered. The regiment was now officially “The 33rd Iowa Infantry Volunteer Regiment,” and as Sperry put it, “part of the great United States Army.”

After being outfitted with the necessary equipment and receiving their training, the regiment, led by Colonel Rice, was called to duty on the field of battle.

“On Thursday morning, the 20th of November, we left Camp Tuttle, under orders ‘for active service in the field,’” Sperry wrote. “A large concourse of relatives and friends had gathered to say goodbye. Such partings come but once in a lifetime.”

The men left Oskaloosa cheerfully, eager to do their duty and fight for the Union. Their first destination was 10 miles south to Eddyville, where they boarded a train that took them to Keokuk, their last stop in Iowa until the soldiers who survived the war were released from duty and free to return nearly three years later.

After boarding a boat at Keokuk and traveling down the Mississippi River, the regiment arrived in St. Louis the evening of Nov. 21. One month after arriving in St. Louis, the regiment was ordered to sail south.

“Next morning hurried letters were written home, ‘ere we left what seemed to us our last hold on civilization, and at 8 A.M. we embarked on board the steamer ‘Rowena.’ In the morning of the 24th, we landed at Columbus, Kentucky. An attack was expected here, and we were to help repel it,” recalled Sperry.

The attack proved to be a false alarm, however. The soldiers passed Christmas Day, 1862 waiting for an assault that never came, and when they were ordered to Union City, Tennessee next, the same thing happened. The alarm sounded, but no attack came, and they were ordered to camp at a little town in Arkansas called Helena.

After two false alarms, the regiment’s journey south seemed fruitless, but it had accomplished one thing: the regiment was now in proximity to Vicksburg, Mississippi, a strategic Confederate fortress that controlled traffic on the Mississippi River and functioned as a lifeline between the eastern and western halves of the Confederacy. By May it would be the site of perhaps the most famous siege of the war.

Neither side could afford to lose.