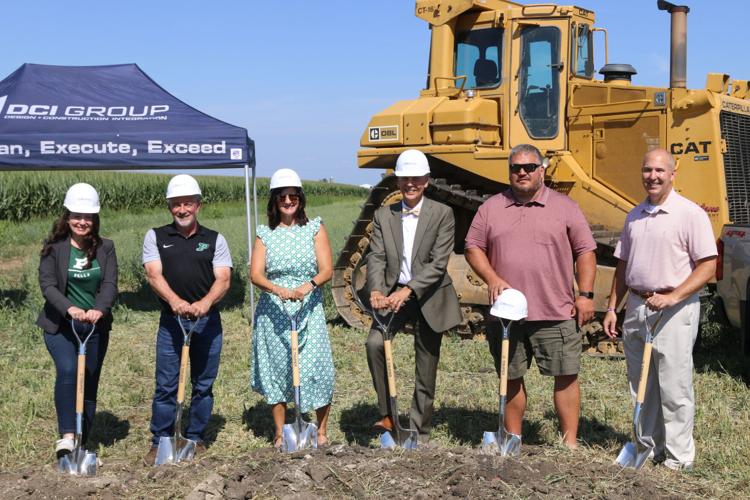 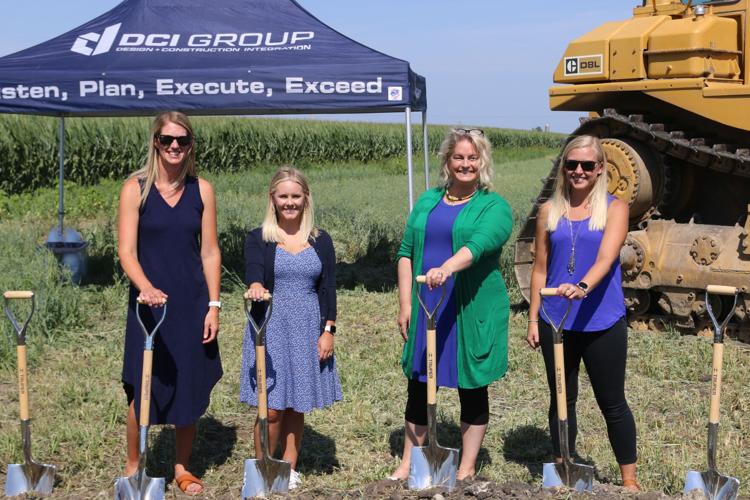 Pella Community School District preschool teachers pose for a photo for the groundbreaking of the Early Childhood Center. Pictured from left to right are Amy Wilson, Sarah Sarver, Paula Leach and Stacey Sikkema. 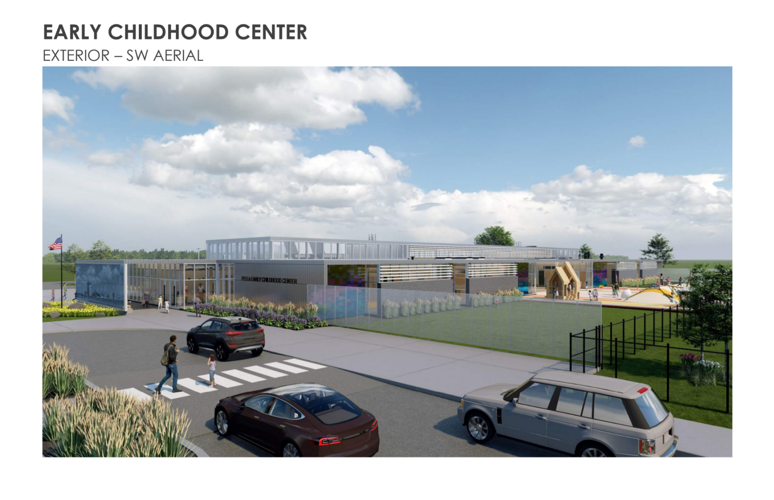 A draft concept of the new Early Childhood Center by Neumann Monson Architects.

Pella Community School District preschool teachers pose for a photo for the groundbreaking of the Early Childhood Center. Pictured from left to right are Amy Wilson, Sarah Sarver, Paula Leach and Stacey Sikkema.

A draft concept of the new Early Childhood Center by Neumann Monson Architects.

Members of the Pella School Board, Superintendent Greg Ebeling, district educators and representatives from Neumann Monson Architects and DCI Group held a groundbreaking ceremony Thursday to celebrate the beginning of construction.

The Early Childhood Center will be located adjacent to Madison Elementary and is being designed to accommodate 3- and 4-year olds for both preschool and wrap-around care. The center will include 10 classrooms, each accommodating 16-20 students, along with a kitchen, playground and additional parking. It will also allow for additional classrooms for K-6th grade students.

Parents will be able to drop off their younger children for the whole school day, as opposed to only half of the day. It will also be constructed for potential expansion in the future.

Neumann Monson Architects plans to bid out the project in August, with facility construction slated for the end of October. The goal for final completion is December 2023.

The project was officially approved after the community voted to pass a $40 million bond issue in the November 2021 city/school election. The bond issue involves other district projects that are also in the works, including the expansion of Jefferson Intermediate School and Pella Middle School, along with a new HVAC system, competition gym, football turf, athletic stadium and tennis courts at Pella High School.

According to Ebeling, this is the first time the district has constructed an entirely new facility since the Career Academy of Pella in 2014-15.

“Two bond issues [have been passed] here within the last 12 years, and during that time, [we’ve had] overwhelming support from our community,” Ebeling said. “It’s really great to see. Having that support and knowing whatever program we’re looking at, whether it's for the high school or the preschool, we’ve got all of that support in between.

“It’s super exciting for our community overall, having people that can use the facility and have it be a great lead into our school system, and also provide some childcare needs long term that the community desperately needs as well.”