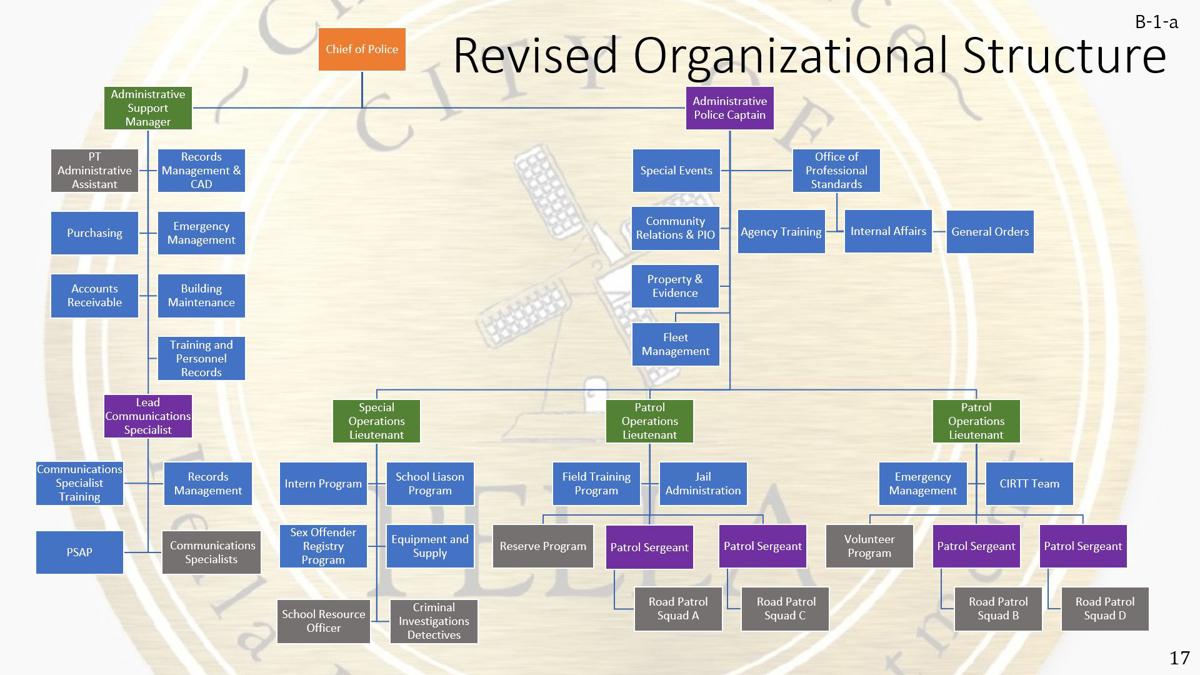 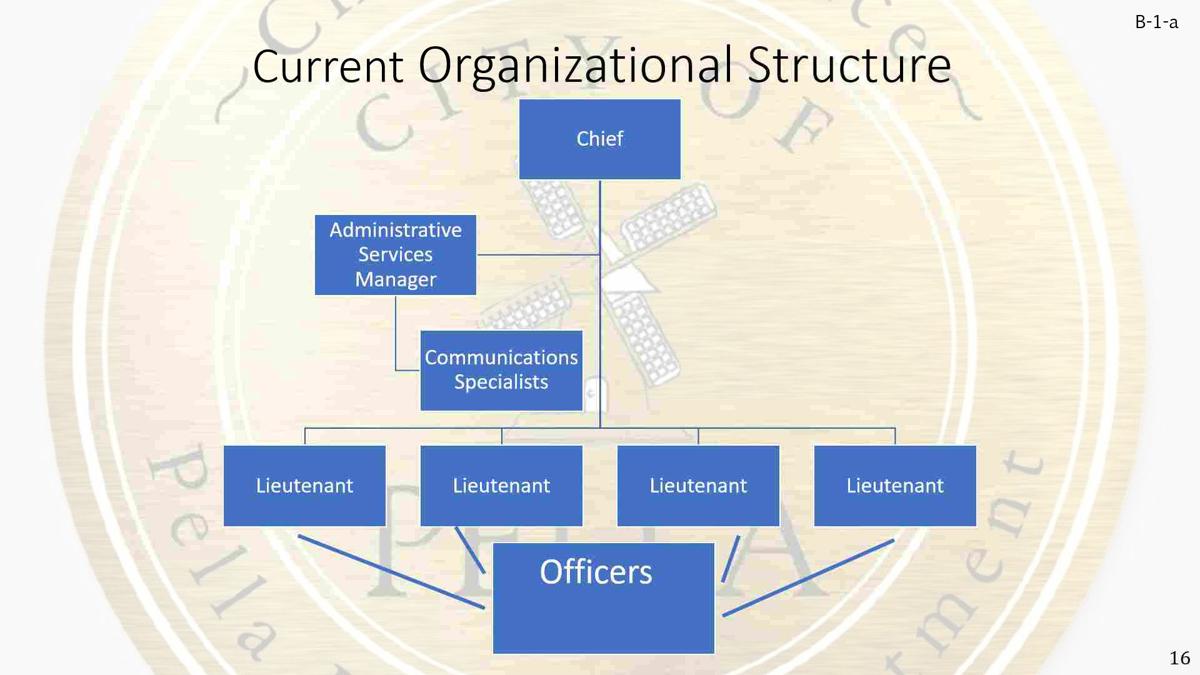 The Pella Police Department's current structure prior to reorganization.

The Pella Police Department's current structure prior to reorganization.

PELLA — The Pella Police Department is adding four new positions in an attempt to better retain its officers.

New positions include a police captain, police sergeant, police senior officer and a lead police communications specialist. The new positions are estimated to cost between $30-42,000 due to an increase in salaries for promotions and reclassifications.

According to City Administrator Mike Nardini, the city anticipates these costs to be offset by salary savings in FY 2020-21.

During a city council meeting Sept. 15, Pella Police Chief Shane McSheehy said the department has been unable to retain four police officers in the past three years. According to McSheehy, the minimum cost of hiring a new police officer, excluding salary, is about $12,200. It also takes a minimum of 10 months to recruit, hire and train them.

“It becomes very expensive to not just this agency, but any agency in the nation. They are fighting a retention issue because of the cost,” said McSheehy. “Not to mention, we don’t want to become a training ground where we hire officers, have them stay for two years, then they go on to another agency.”

“So, it’s very important that we create those processes within our own structure that not only values that employee but trains them and gives them some professional development, which is very key, because officers who feel valued are motivated, and those motivated officers will do a great job for you, and they will stay,” added McSheehy.

Reorganization will also enhance the department’s policy development and will reduce potential liability and exposure by providing a supervisor at all times, across all shifts.

“You have to have divisions and structure before you incorporate policy,” said McSheehy. “Those policies clearly delineate duties and responsibilities, and it’s very, very important that they create accountability, which in these days and times is key.”

— The city will allocate $69,000 of CARES Act funding to Classic Aviation in Pella on Oct. 9. The funding will help the Pella Municipal Airport get back on its feet after two months of runway closures and financial strain caused by the COVID-19 pandemic. The city was awarded funding by the Federal Aviation Administration earlier this spring.