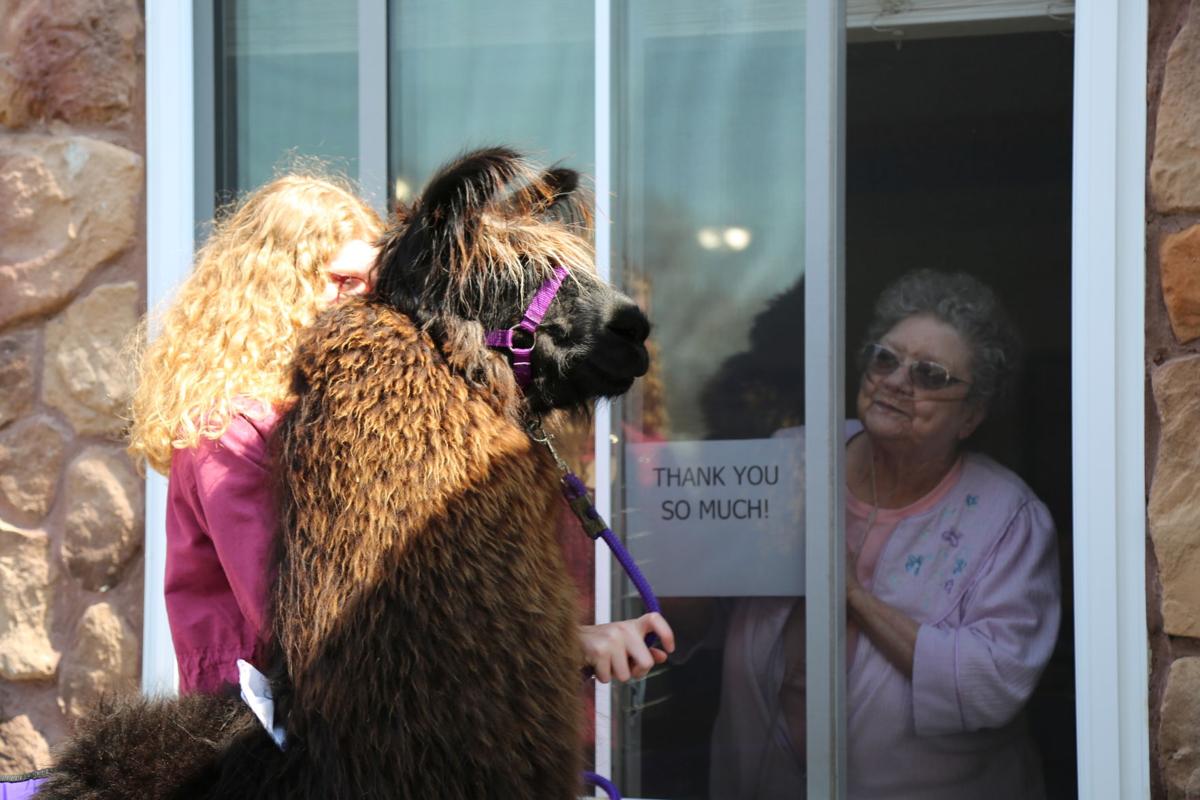 Jaylin Vander Wiel and Robi greet a resident of Homestead Assisted Living Facility while making their way around the facility, bringing cheer, on April 1. 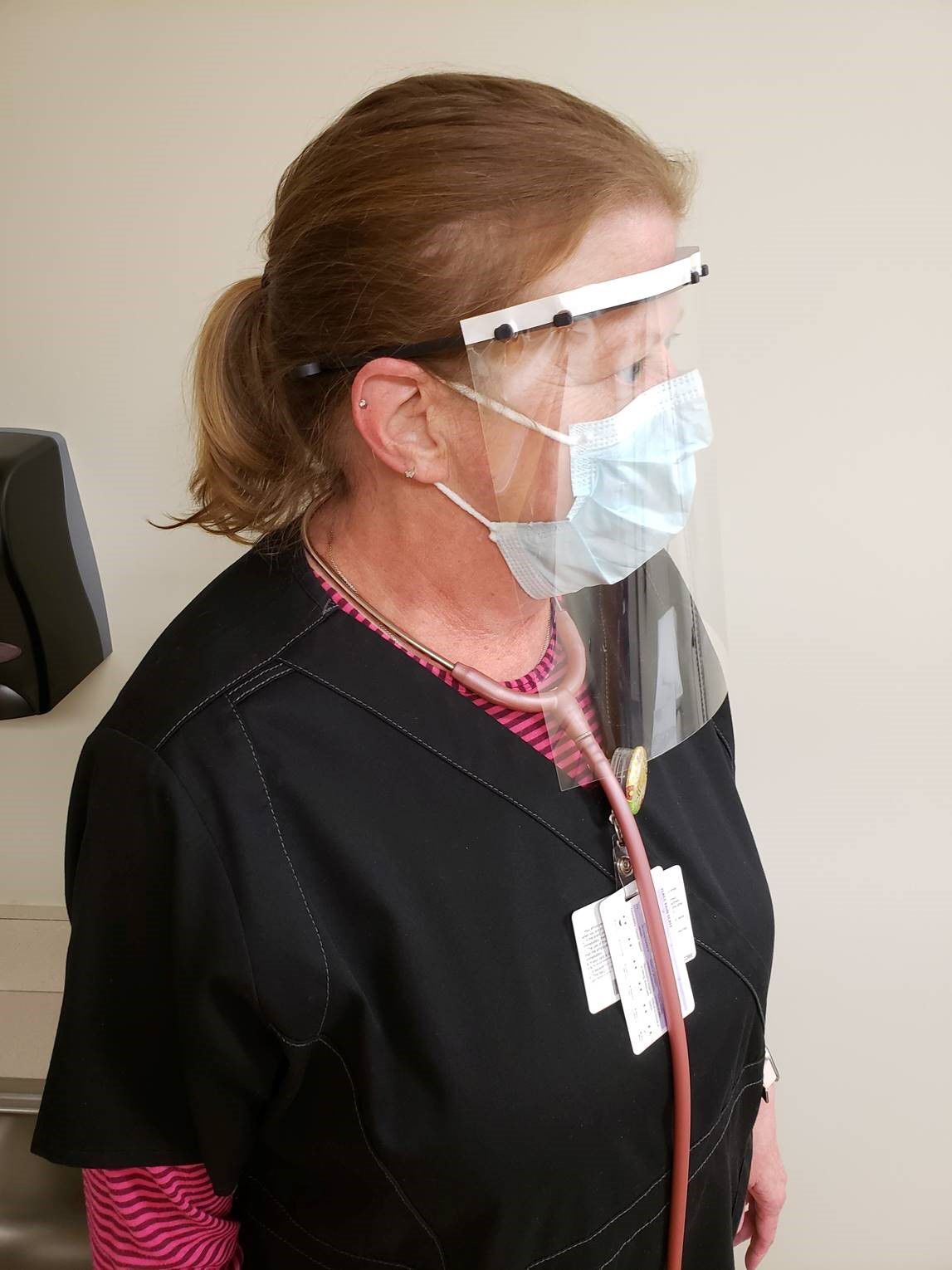 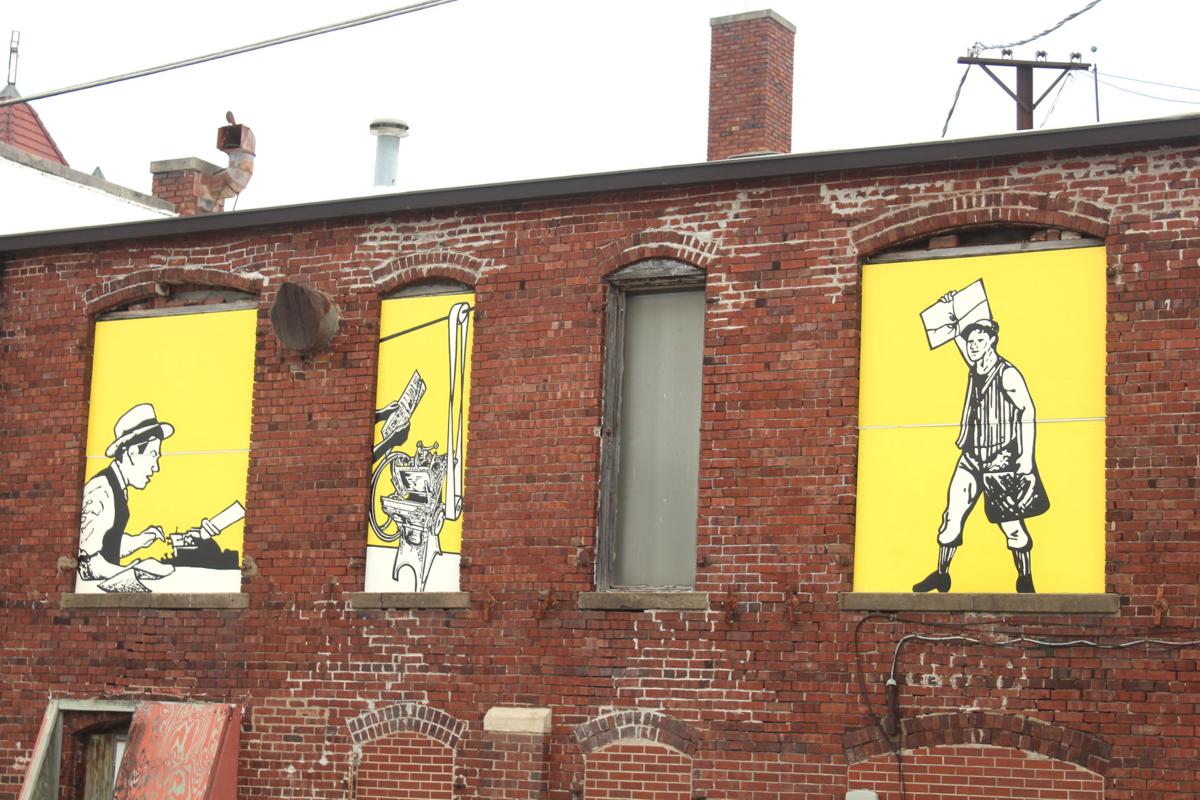 The completed mural by Matt Kargol is in place on the back of the former Oskaloosa Herald building. 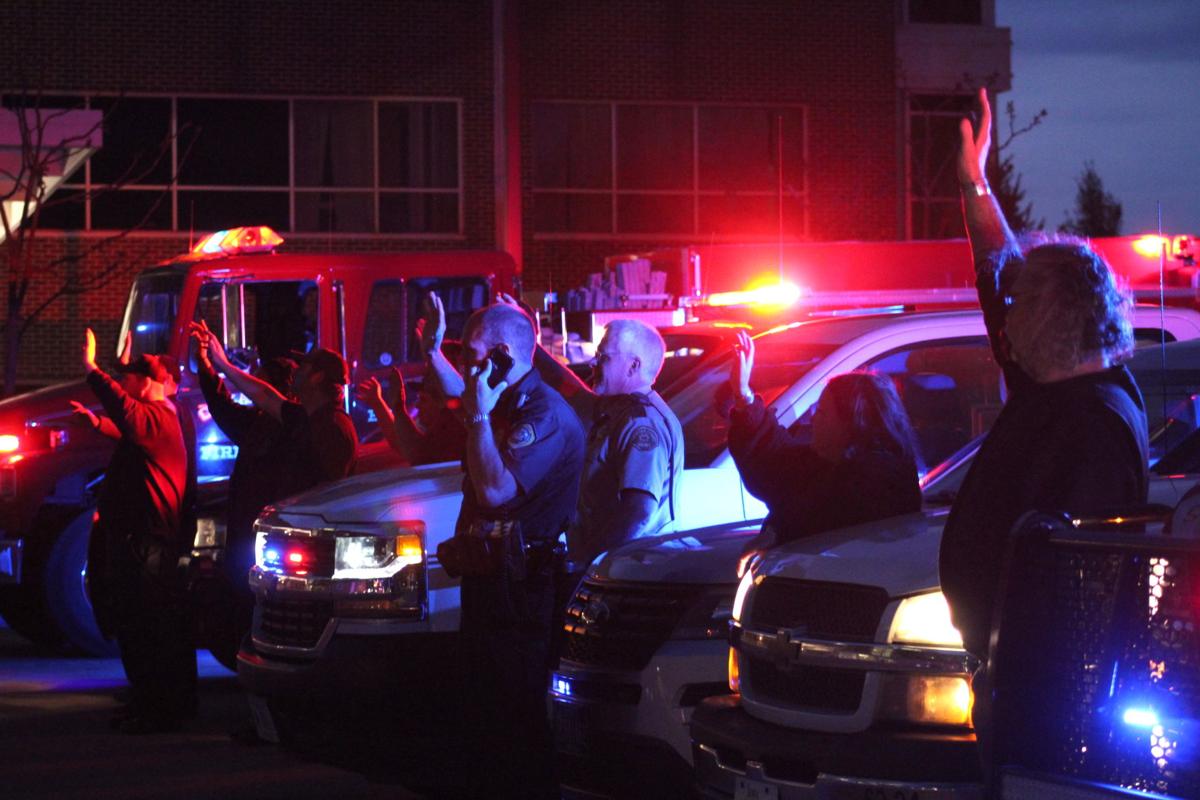 Oskaloosa and Mahaska County first responders lit their vehicles’ lights and waved to healthcare workers inside Mahaska Health on May 9. 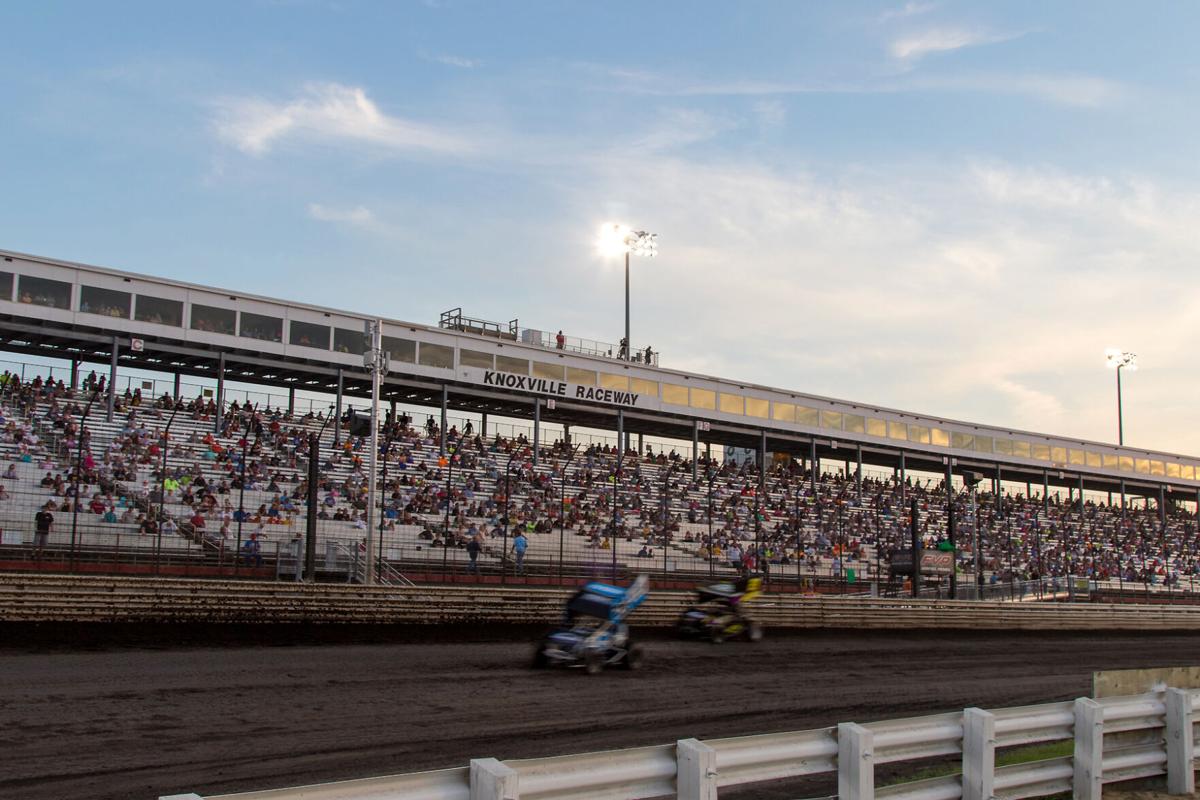 Sprint cars race down the front stretch of Knoxville Raceway as fans crowded the bleachers on June 6. Spectators had to abide by social distancing guidelines. 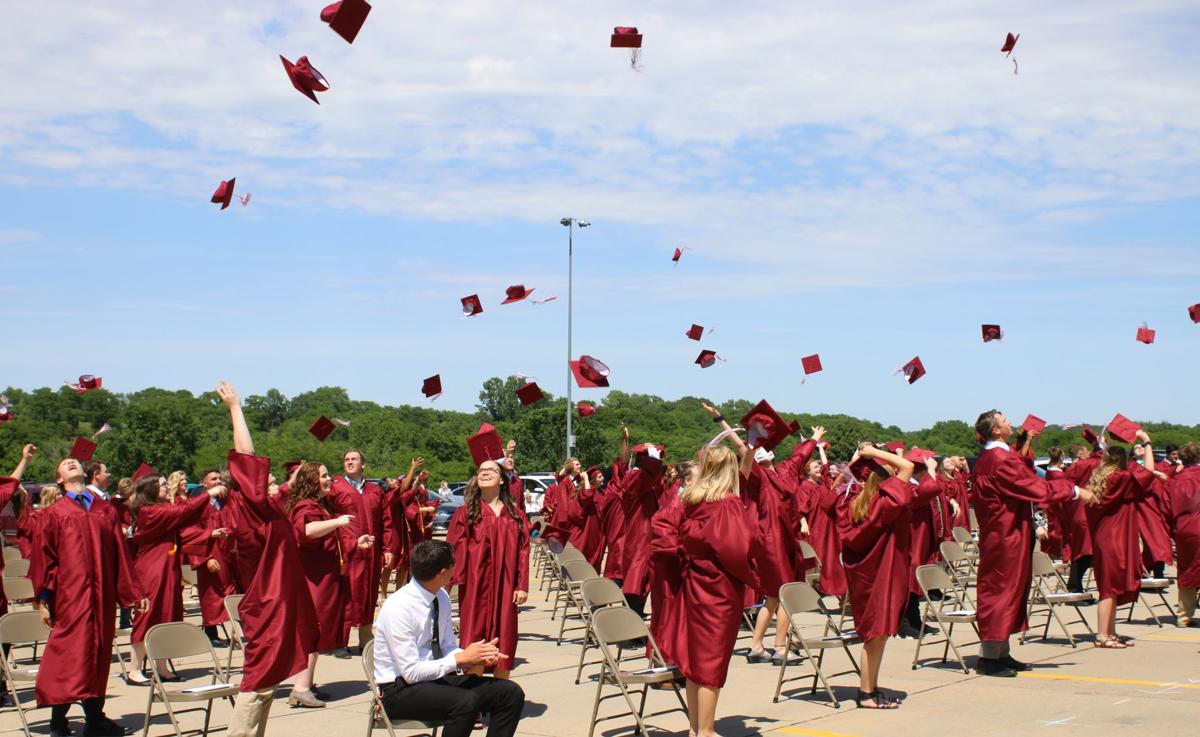 The Class of 2020 throw their graduation caps in the air at the end of the commencement ceremony in June. 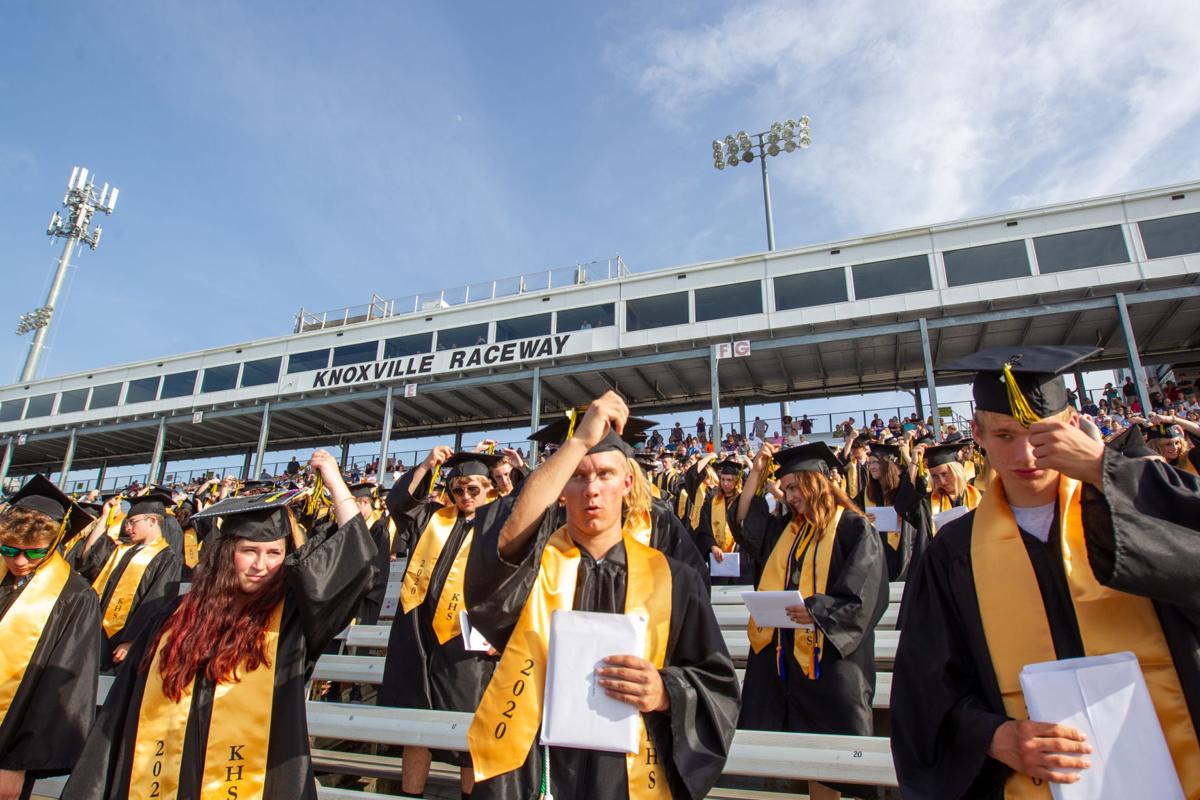 Members of the Knoxville High School senior class change their tassels to signify their graduation on June 28 during a ceremony at Knoxville Raceway. 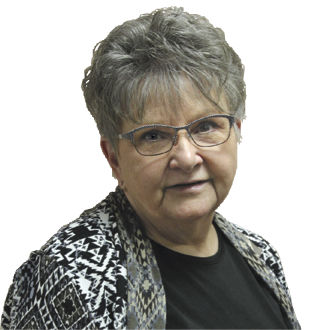 OSKALOOSA — By April, the impacts of the worldwide coronavirus had reached Iowa and our area. As more and more became infected with the virus, residents of the county began dying. COVID-19, the disease caused by the coronavirus, would become the state’s third most deadly disease.

The Herald takes a look back at 2020 in a four-part series. Today, we publish the second part, looking back at what made headlines in April, May and June:

With nursing homes shut down to visitors, a pack of llamas made their way around the area. The llamas were guided by Merle Mann and Troy Mann, along with Suzanne and Jaylin VanderWiel to local nursing homes, for residents to look at them from their rooms.

Employees of Knoxville-based Weiler Products began using a 3D printer to make face shields for local healthcare workers, as the supply of personal protective equipment ran short at the beginning of the pandemic.

The Pella City Council approved an ordinance to rezone an area near West 16th Street in Pella for the View Pointe Condominiums. The project aims to bring 92 units, including single-family duplexes and townhomes, to Pella for rental use.

On April 8, the Oskaloosa Herald announced that, due to economic concerns caused by the coronavirus pandemic, it would be discontinuing its Thursday publication and beginning a two-day publishing schedule with Tuesday and Friday. The newspaper was one of many that faced economic challenges across the country.

The Marion County Board of Supervisors hired planning and urban design firm Confluence to assist with the redevelopment project of the former VA Campus in Knoxville.

On April 17, Gov. Kim Reynolds announced that schools would remain closed through the end of the year.

On April 20, officials announced the first death of a Mahaska County resident due to COVID-19.

Charles Vander Velden, a 2019 graduate of Pella High School, became the first registered apprentice through the Career Academy of Pella, part of a new and expanding work-based educational program in Marion County.

The Knoxville Journal-Express featured Wendee See, a Knoxville resident who as of mid-April had sewn 435 masks to give to local healthcare workers.

The Pella City Council approved bids and contracts for the city’s Fiber-to-the-Home project, which will create a 72-mile fiber-optic network to all homes and businesses within the city.

The Knoxville Raceway announced on April 24 it would be postponing two more race nights, pushing back its season opener to May 16. Days later, the raceway announced the World of Outlaws would hold a fan-less race on May 8.

Oskaloosa artist and educator Matt Kargol and his wife and Oskaloosa Art Center Director Sarah Kargol painted murals on the windows of the former Herald building.

Despite COVID-19, and the cancelations of Pella’s Tulip Time, hundreds of visitors came to the town anyway, creating long lines around several downtown establishments.

The Knoxville Raceway postponed its May 16 and May 23 races,

Pella Fiber, the city’s fiber-to-the-home project, began taking sign ups. The Pella City Council also approved rates for the utility, with internet starting at $75 per month, television at $39 per month and telephone at $15 per month.

The Oskaloosa branch of the American Association of University Women (AAUW) has disbanded after 56 years in the community.

To show support for health care professionals and first responders, a firetruck hoisted an American Flag near Door 4 of the Mahaska Health hospital, and sheriff, police, emergency management, CERT and ambulance vehicles turned on their lights to show support.

The Oskaloosa Public Library which opened its doors to the public in 1903, recently received a historical building marker that was installed on the left column of the library’s entrance.

On May 14, citing economic challenges caused by the pandemic, the Pella Chronicle and Knoxville Journal-Express announced to readers they would be merging with sister newspaper Oskaloosa Herald. The Herald began serving readers of Mahaska and Marion county with the move.

Goodwill announced it would permanently close its Oskaloosa store, as well as locations in Grinnell, Waukee and South Des Moines.

Former Oskaloosa Herald Publisher Deb Van Engelenhoven announced she would retire, ending her tenure with the paper that began as a data processor in January 1974.

The Southern Iowa Speedway opened its season on May 20.

The Knoxville City Council approved the promotion of Aaron Fuller from lieutenant to police chief.

COVID-19 closures that led to the cancelation of Tulip Time cost the Pella Historical Society $250,000, officials there said.

Marion County Sheriff Jason Sandholdt won his Republican primary, giving him a clear path for the general election where he would win re-election unopposed.

The Pella City Council approved a 5% water rate and 8% wastewater rate hike, to go into effect in August.

The Central College football team cracked the top-10 in a preseason football poll.

Members of the Oskaloosa community were joined by their police department to promote peace and unity in the wake of protests and violence resulting from George Floyd’s killing by Minneapolis police officers.

The Knoxville Raceway held its first race of the season, with fans, on June 6. The Southern Iowa Speedway welcomed fans to its track on June 10.

Jason Carter, the Marion County man acquitted of first-degree murder charges in his mother’s death, filed a second lawsuit against investigators, saying they violated his rights through negligent prosecution that ignored confessions by the real perpetrators.

A graduation ceremony acknowledged the 136 graduates from Oskaloosa High School.

The Oskaloosa City Council in a split vote opted to re-open the city’s pool for the summer.

The 2020 Southern Iowa fair carried on with social distancing modifications.

Pella High School and Pella Christian High School held separate outdoor graduations. There were 171 seniors from PHS and 79 from PCHS.

Pella hired Shane McSheehy to be the town’s next police chief. He comes from the Eustis, Florida police department where he retired from the rank of captain after 24 years there.

Knoxville High School sent off its seniors with an outdoor graduation ceremony at Knoxville Raceway.

The 60th running of the Knoxville Nationals was postponed to 2021.

Staff writers from the Oskaloosa Herald, Knoxville Journal-Express and Pella Chronicle contributed to this report.