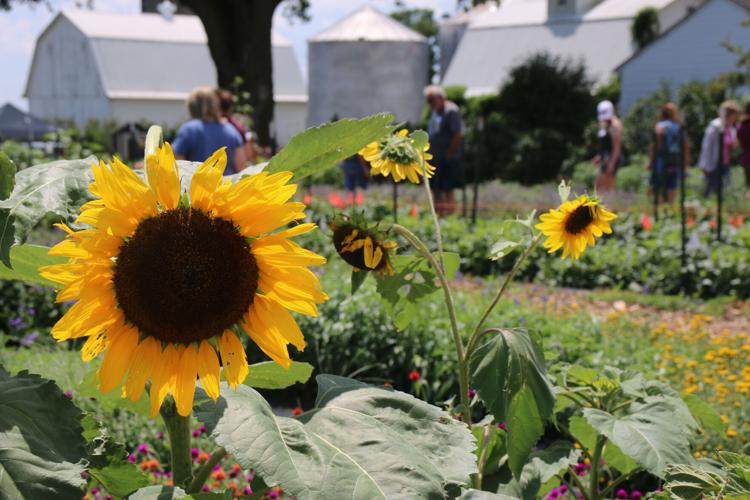 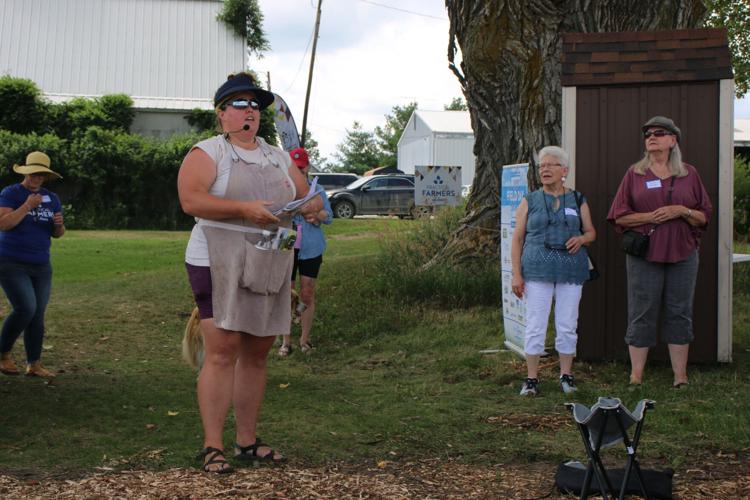 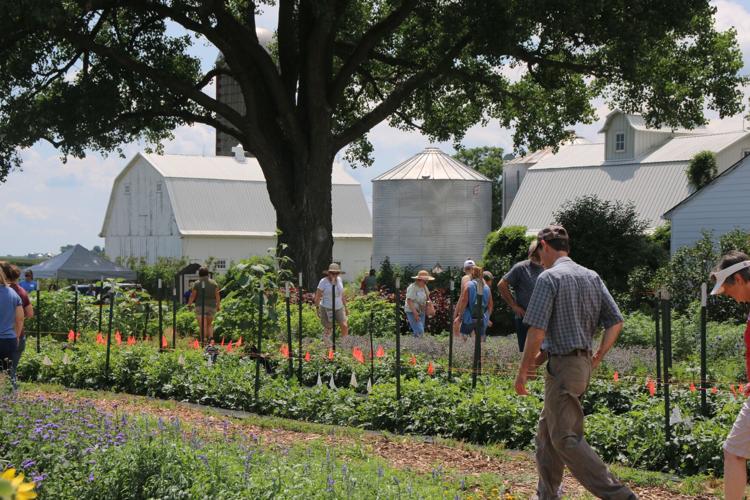 OSKALOOSA — An Oskaloosa native is forging her own path in agriculture by producing an unconventional crop.

Meredith Nunnikhoven’s family farm is located about five miles outside of Oskaloosa and is still going strong, but corn or soybeans aren’t the crops that she’s growing there: her crop is flowers of all colors, shapes and sizes.

Practical Farmers of Iowa, a non-profit based in Ames that seeks to support farmers as they build resilience in their farms and communities, hosted a field day on July 17 at Nunnikhoven’s farm “Barnswallow Flowers.” The goal of the day was for farmers to learn from Nunnikhoven about outdoor growing, diverse revenue streams and flower growing techniques.

Barnswallow Flowers is Nunnikhoven’s own take on agriculture in Iowa. It began as an effort to diversify a small family farm in order to provide stability and has transformed into a local business that supplies flowers to not only the Oskaloosa community, but to Pella, Des Moines and others as well. Peonies are a specialty for Barnswallow, but they also grow sunflowers, dahlias, zinnias, snapdragons and more.

Agriculture takes a special brand of know-how and gumption, and flower farming is no different. Nunnikhoven runs her farm on the motto “Use what you have and have what you use,” focusing on making connections in the local communities so that farms and businesses can benefit one another and collectively thrive.

She uses an old cottonwood tree to provide shelter for her shade-loving blooms, and she's sourced mulch from a nearby tree removal service in her quest to follow that mantra. She’s also brought her dog, Bella, along on the business venture with her as Barnswallow’s “wildlife manager,” chasing away raccoons and other wildlife that would be harmful to flowers.

“She literally saved my tulip crop,” Nunnikhoven said. “She’s also my best friend ... I don’t know if I could flower farm, honestly, without her.”

Woven throughout Nunnikhoven’s experiences as a flower farmer is an emphasis on regenerative farming practices that will provide stability for her farm in the years to come. She’s used cover crops to aid that effort, and her operation has a focus on chemical free farming.

Giving advice to the field day attendees, Nunnikhoven stressed the importance of collaboration and the exchange of ideas for continued education.

And there are battles, Nunnikhoven says. It’s taken years for her to establish an operation with flowers available for the entirety of the season, and there are still more battles ahead.

Nunnikhoven sells her flowers at the Pella Farmers Market on Thursdays. She also provides flowers for weddings and hosts seasonal U-picks.