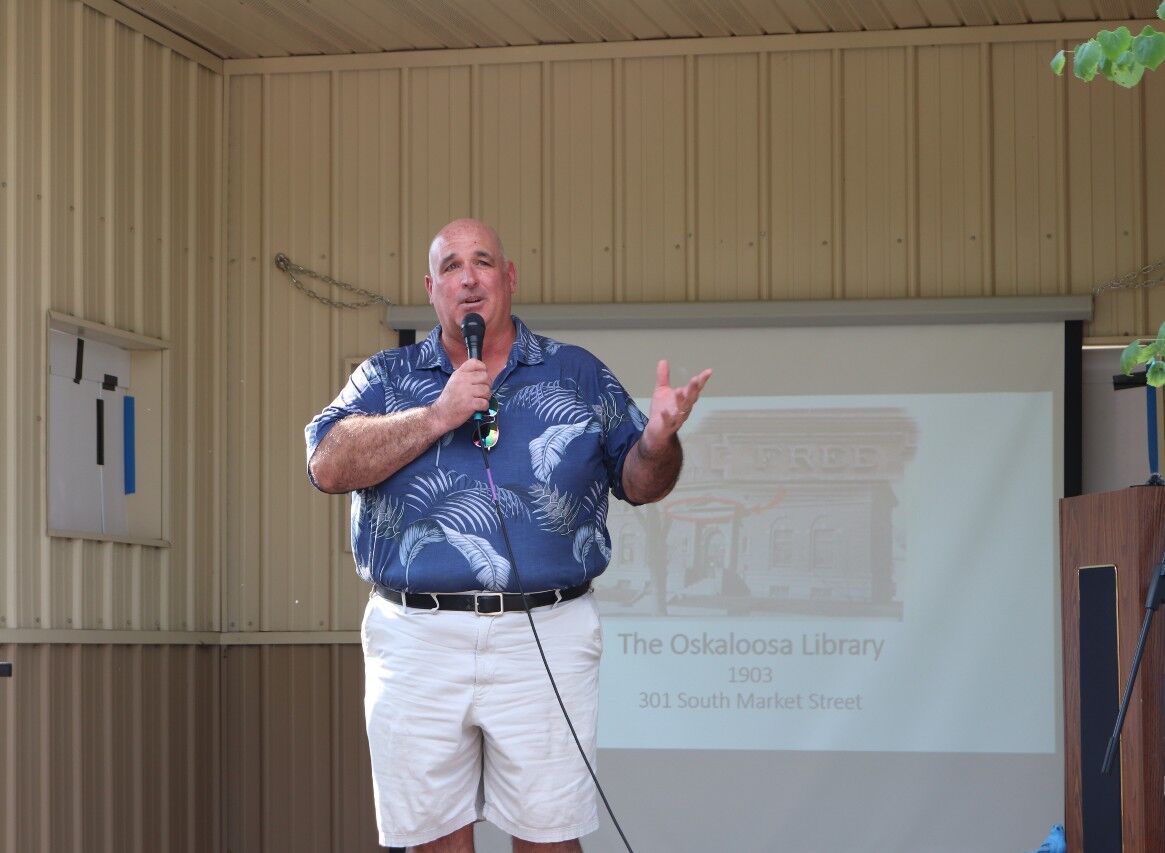 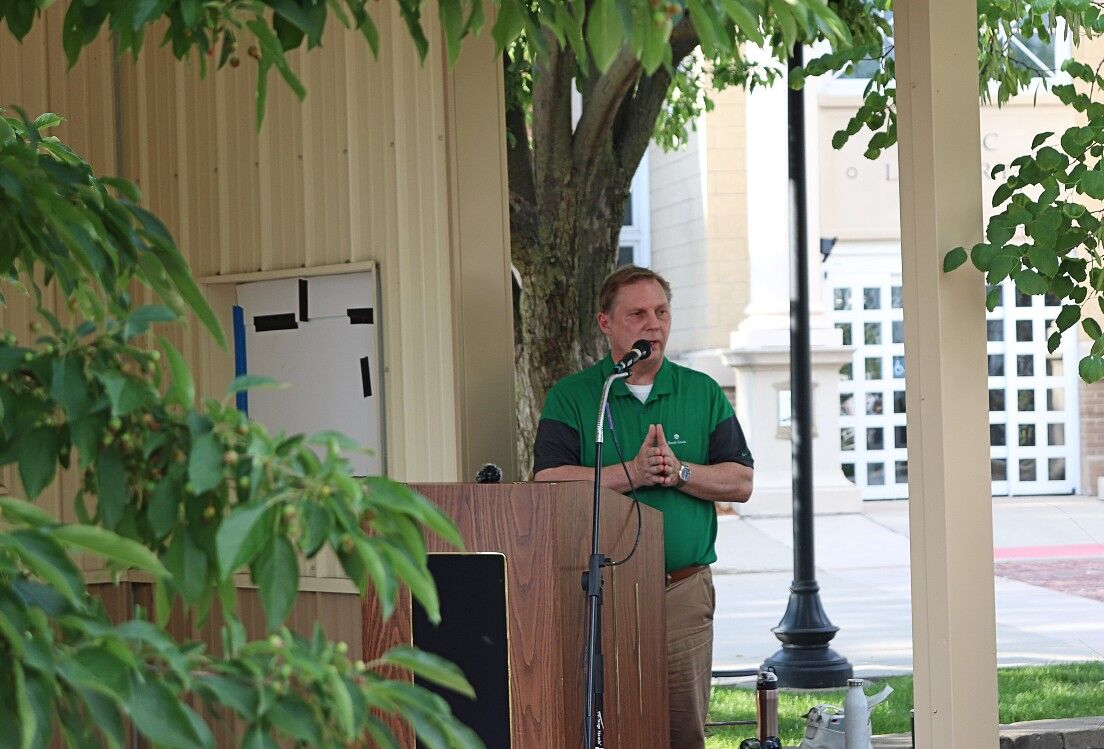 OSKALOOSA — The sun was shining brightly as several people gathered around the reading garden to celebrate the legacy of Kim “Gigi” Blackwell and the Oskaloosa Public Library.

According to a press release from the library, the historical marker was installed in March of 2020. However, the unveiling ceremony was postponed due to COVID-19 restrictions at the time.

The Historical Building Marker Project formed a few years ago, with the committee forming in January of 2017. The project was approved by the Historical Preservation Commission in September of 2017.

Blackwell, who the program described as “a beloved former member of our community,” died on Dec. 17, 2020. Her family wanted to honor her life by implementing a makerspace, which is defined as a collaborative workspace inside a library designed to create a learning area for visitors.

The ceremony was emceed by Tom Rielly, who is a former Iowa State Senator and mayor for Oskaloosa. In his opening speech, Rielly said he has been approached by several people asking him how the City of Oskaloosa has completed so many projects, such as the Lacey Sports Complex and the new bike trails.

Rielly said all of the work reflects the hard work and dedication from the community.

“It really shows a lot of pride in our community, and I think it's great,” Rielly said. “Hats off to Oskaloosa, you guys are all doing a great job.”

Calvin Bandstra, a member of the historical marker building committee, was the first presenter of the ceremony.

According to Bandstra, the site of the library was built in the early 1900s. Since there was no need for a parking lot at the time, residents would take the trolley to access the library. The area used to belong to Vennard College, a theological school that is now defunct.

After the school shut down, the property eventually went back into private hands and the library could purchase the area.

Nancy Brown, the second speaker for the presentation, was a member of the research team for the Oskaloosa Public Library.

In her speech, Brown said she had a long-standing relationship with the local library.

Other presenters included Diana Pearson and Julie Hansen, who conducted research on the Oskaloosa Public Library and the Iowa Building respectively. The ceremony ended with a dedication for Blackwell, led by Rielly.

“I'm deeply honored to be able to do that for one of my dearest friends, Kim Blackwell,” Rielly said. “The Blackwells moved here in 1993, and ever since they have been a constant presence when it comes to volunteering and giving. I'm not sure where this town would be without such a generous family.”

Later in his speech, Rielly described an instance where he met with friends and family members of Blackwell as they remembered her. He said the makerspace project was the best way to honor her life.