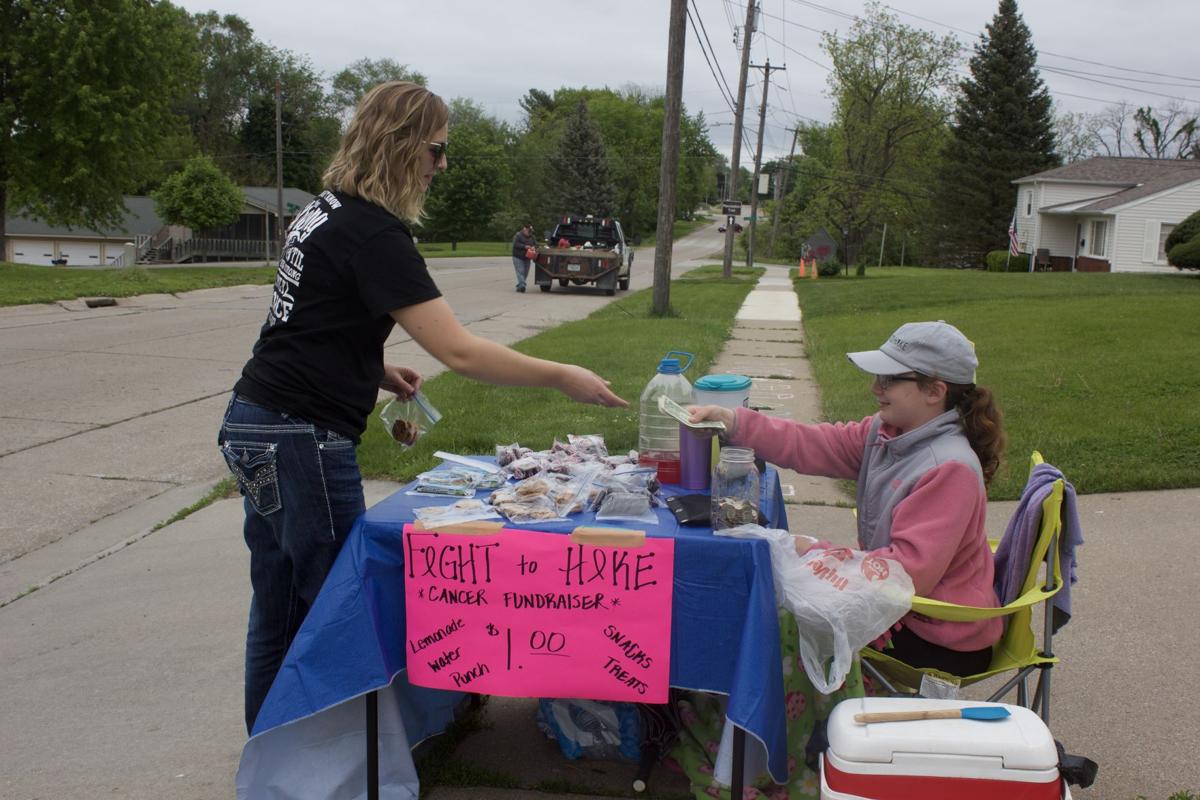 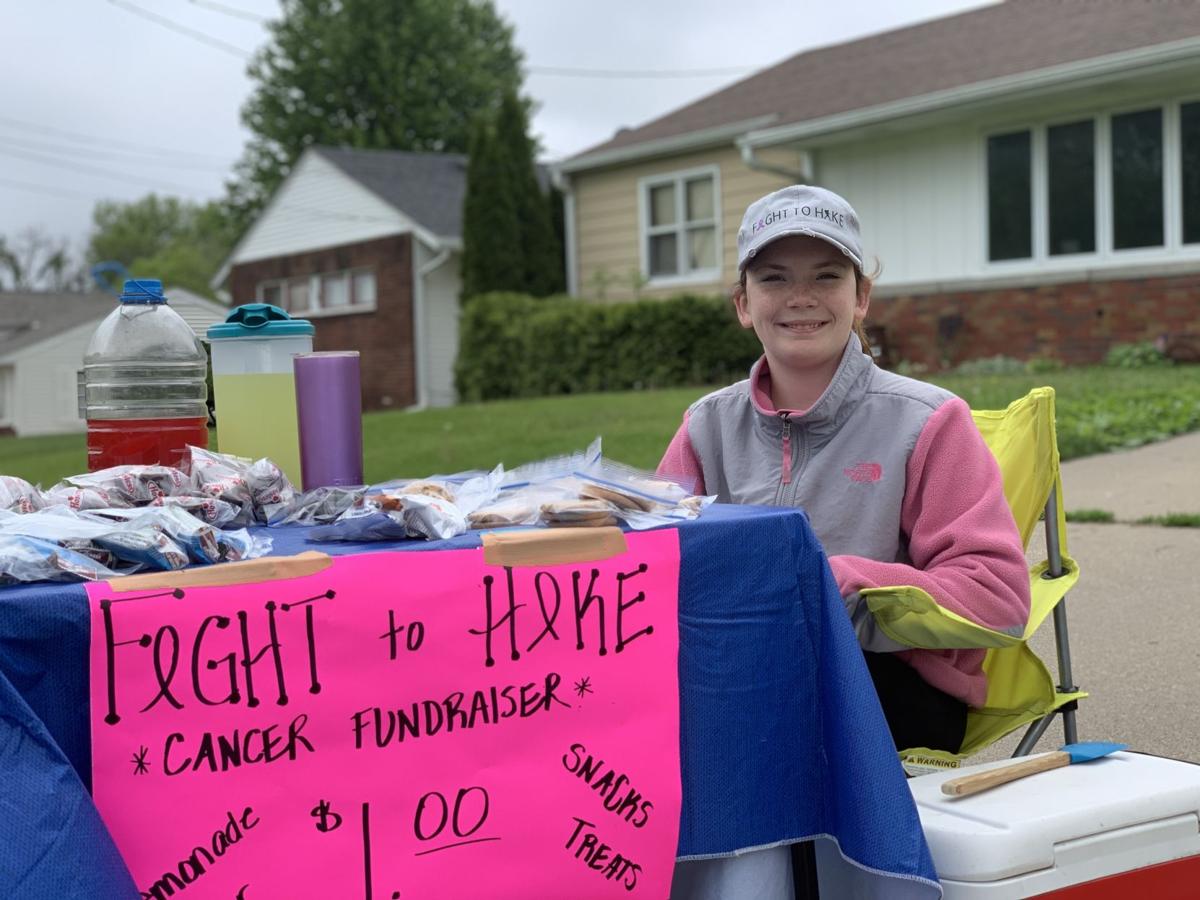 12-year-old Mollee Russell started a cancer fundraiser for her dad.

12-year-old Mollee Russell started a cancer fundraiser for her dad.

OSKALOOSA — After learning that her father has been diagnosed with cancer, a young girl has set up a drink and snack stand to help support her dad’s steadily rising medical bills.

On Tuesday, 12-year-old Mollee Russell set up the fundraising stand selling lemonade, water, punch and snacks all for $1.

“I did it because my dad has pancreatic cancer and I just wanted to help him because he’s really loyal to me and a lot of other people,” she said. “It’s like a nice thing that I’m doing for him because I never think you’d actually get this because he’s super active and well.”

Mollee’s father, Jenna Russell, is transgender. She was diagnosed with stage 4 pancreatic cancer March 11. Jenna is an avid hiker and was just about to take on the Appalachian Trail just before her diagnosis.

“[Life’s] been kind of crazy,” she said. “I had big plans to hike through the Appalachian Trail starting in March and then everything kind of went haywire when I got my diagnosis. Then, you know, the whole virus thing. I’ve had to put everything on hold and watch where I go.”

Since learning of her diagnosis, Jenna said she’s received an abundance of love and support from family and friends. She said she is super proud of her daughter for putting this fundraiser together.

“I wish I could be down there to kind of help her out too,” Jenna said. “She’s been sending me pictures and she calls me every night and like every morning”

Mollee’s mom, Dezirae Fairchild, said Mollee has always had a passion for giving back and hosting fundraisers. After hosting a similar fundraiser in Eddyville with a friend, Mollee said she went home and asked her mom if she could do one at home, that’s when Fairchild presented Mollee with the idea to do this fundraiser for her dad.

“She always wants to do stuff to raise money that’s just how she is so you know,” Dezirae Fairchild, Russell’s mom, said. “She’s done fundraisers before for like the animal shelter and one Christmas we did the ‘Angel Tree.’ She does lots of things so this was just another thing that she was thinking and I was like, ‘Well, why don’t you do it for your dad.’”

Day one of the ‘Fight to Hike Cancer Fundraiser,’ Mollee raised over $230, but by the end of day two she’s raised quadruple that amount. Fairchild said Mollee shockingly raised nearly $850. Starting the fundraiser they didn’t have a specific goal to meet, but now they hope to raise $1,000 on their final day Thursday.

Mollee said due to the threat of inclement weather over the weekend, they could only plan for three days. Fairchild added that it is Mollee’s goal to try and repeat the fundraiser one week each month.

“We really appreciate the community’s involvement and support,” Fairchild said. “From local businesses donating, teachers stopping by for moral support, to people just riding by on their bikes, every little bit means so much.”

Anyone interested in contributing to Mollee’s fundraiser is encouraged to visit the Jenna’ Hike for Life GoFundMe page to make a donation. The family is also accepting PayPal donations and they can be sent to dcrussell27@gmail.com.

Mollee said she couldn’t have pulled the fundraiser off without the help and support of her mom and siblings. Fairchild handled marketing for the fundraiser by getting the message out through Facebook, her sister relieves her at the stand whenever she needs a break and her brother assists her with a lot of the prep work inside their home.

Tiffany McDaniel can be reached by phone at 641-660-9659 or by email at tmcdaniel@oskyherald.com.