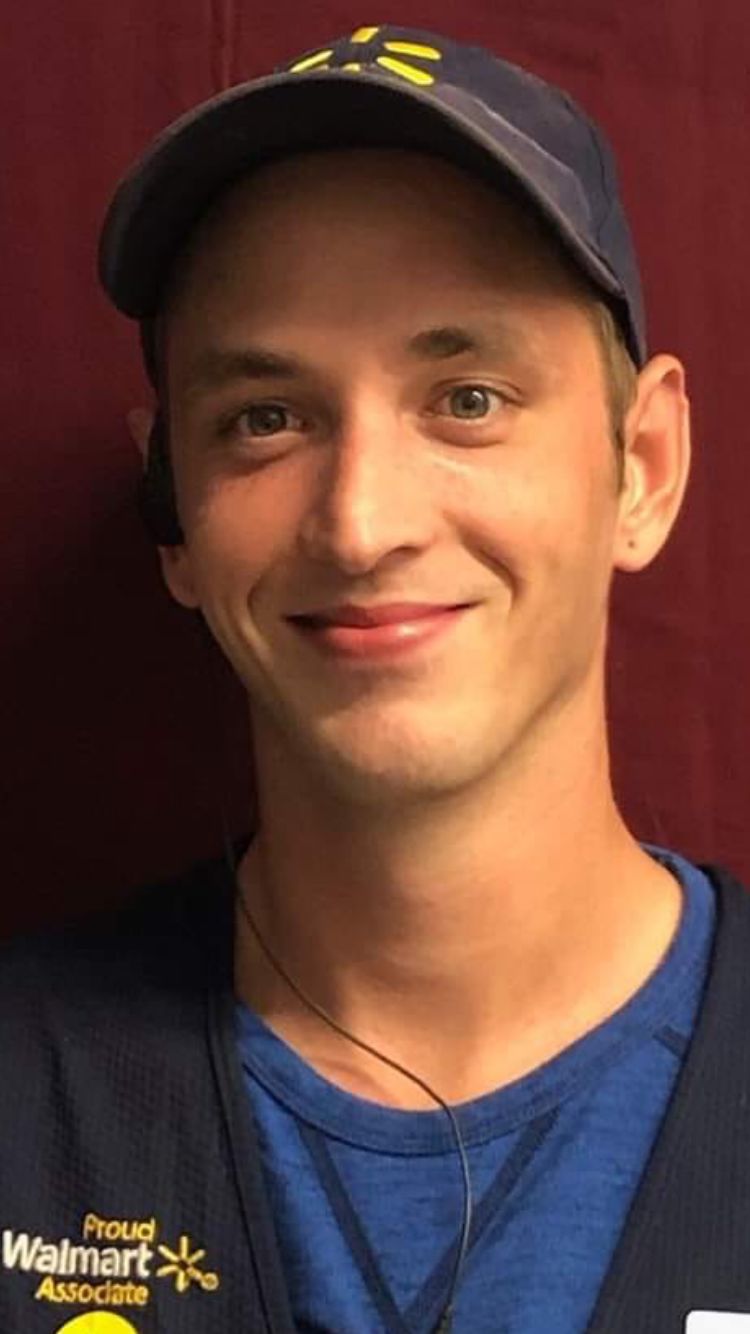 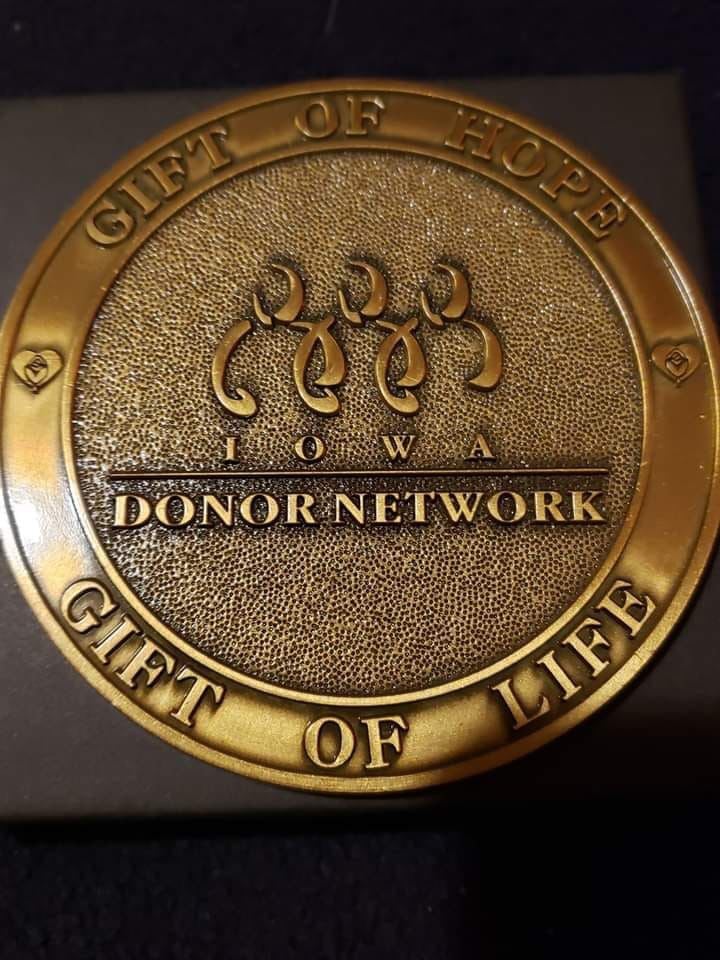 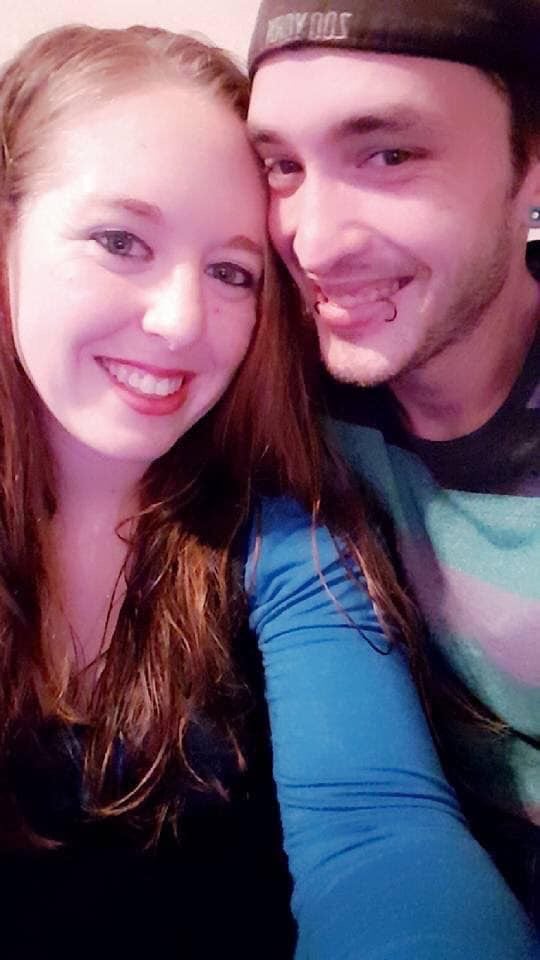 OSKALOOSA – Even in death, a local man has touched the lives of many, just by saying yes to one question, “do you want to be an organ donor?”

Phillip Austin Ward, Jr., 28, was known by his family and friends as a friend to everyone. His fiance LeeAnne Russell said he was the kind of person that would give a stranger the shirt off of his back, which is why it didn’t surprise her when Ward said he wanted to become an organ donor.

While Ward wasn’t able to donate his body to science, he was able to make the lives of 75 people better with his donation of tissue and bones. Ward was not able to donate any of his organs as his body required an autopsy be done since he was so young and he’d had no record of previous health issues. According to Russell, the autopsy revealed that he passed from coronary artery disease. Russell said Ward went to the hospital early Tuesday morning after complaining of chest pains.

“He was able to donate to 75 different people. It was a lot of bone, a lot of tissue, ligaments, things like that. Whenever he talked to me about his wishes, one thing that he said was, even if it was something as easy as a ligament that was going to help another dad be able to play with his kid again, or eyes to be able to see your kids again that’s what he wanted to do,” she said. “And so I made sure that he was able to donate it. Everybody that he could as minimal as it was.”

A year ago, Russell had a health scare that caused her to go into multi-organ failure. The whole ordeal was eye-opening and prompted the two to share their advance care plans with one another. It was then that Ward informed LeeAnne that he wanted to become an organ donor.

“It had gotten really really severe. And so after all of that happened, we had this discussion about what our wishes were and what we wanted and he had always said that he wanted to be a donor.”

Iowa Donor Network Strategic Communications Director Heather Butterfield said in the U.S. there are over 113000 people waiting on an organ transplant today, 557 in the state of Iowa. Butterfield said they encourage people constantly to register to become organ donors, but in addition to that, she encourages them to communicate that wish with their family.

“It’s so much easier for families to go through that process when they know it’s what their loved one wanted and they know they’re carrying out their wishes,” she said.

Today, 74 percent of Iowans have registered as donors, which is above the national average current;y at 56 percent. In addition to registering to become an organ donor at https://www.iowadonornetwork.org/, you can register at the DMV when you get your license and when you get your hunting, fishing and trapping license at the DNR.

Ward leaves behind in his fiance, three daughters and two stepsons. Ward served as the sole provider for their household.

Russell said Ward would have gotten paid last Wednesday, the day before he passed, and they were going to go Christmas shopping for the kids the same day. Unfortunately, this was not able to happen. Since the two weren’t married, Russell is having to jump through hoops to get his last check and to make matters worse, Ward also did not have life insurance at the time of his death so his family will have to pay for funeral expenses out of pocket.

Russell said they did some Christmas shopping earlier this month, but those gifts were donated to the Giving Tree, for families in need.

“Philip and I prided ourselves on never needing help anywhere, we were the type of people that do not receive, we give,” Russell said. “We had already gone out of our way and gotten gifts for The Giving Tree. We picked out kids off of that tree and we had already bought them Christmas gifts, before we even bought our own kids Christmas gifts, because that’s the type of people that we prided ourselves on being as ones that reached out and helped other people.”

For anyone looking to make a donation towards his cremation and memorial costs, the family has created a Go Fund Me page. Those wishing to donate gifts for his kids can drop off donations at the Oskaloosa Police Department. Russell said with them having a blended family, she would appreciate if event tickets, gift cards, things of that nature be donated as those are things that will keep the kids together and help them throughout the year.

Russell said the only way she has been able to get through the says, is with the help of family and friends.

In fact, Ward’s best friend, Vhon Steele, said he finds solace in knowing that a little piece of Ward is living on everywhere, because of his decision to donate life.

“There’s no reason not to be an organ donor, with the exception of my certain religious beliefs. It’s a way that, even after you’re gone you can still help people as he showed,” he said. “He did a very good job of making sure that he was able to help quite a few people at the end. Like he’s always trying to do good things, like constantly going out of his way to do things that he didn’t need to do, but people knew they could count on it. They could rely on him and then even after that 75 more people, that had no idea who he was, were able to rely on him too. Really, there’s no reason to take everything with you and he showed that. Now there is going to be a little bit of him living on everywhere all over the place, just because of a simple yes or no question. ‘Do you want to be an organ donor? Yes!’”