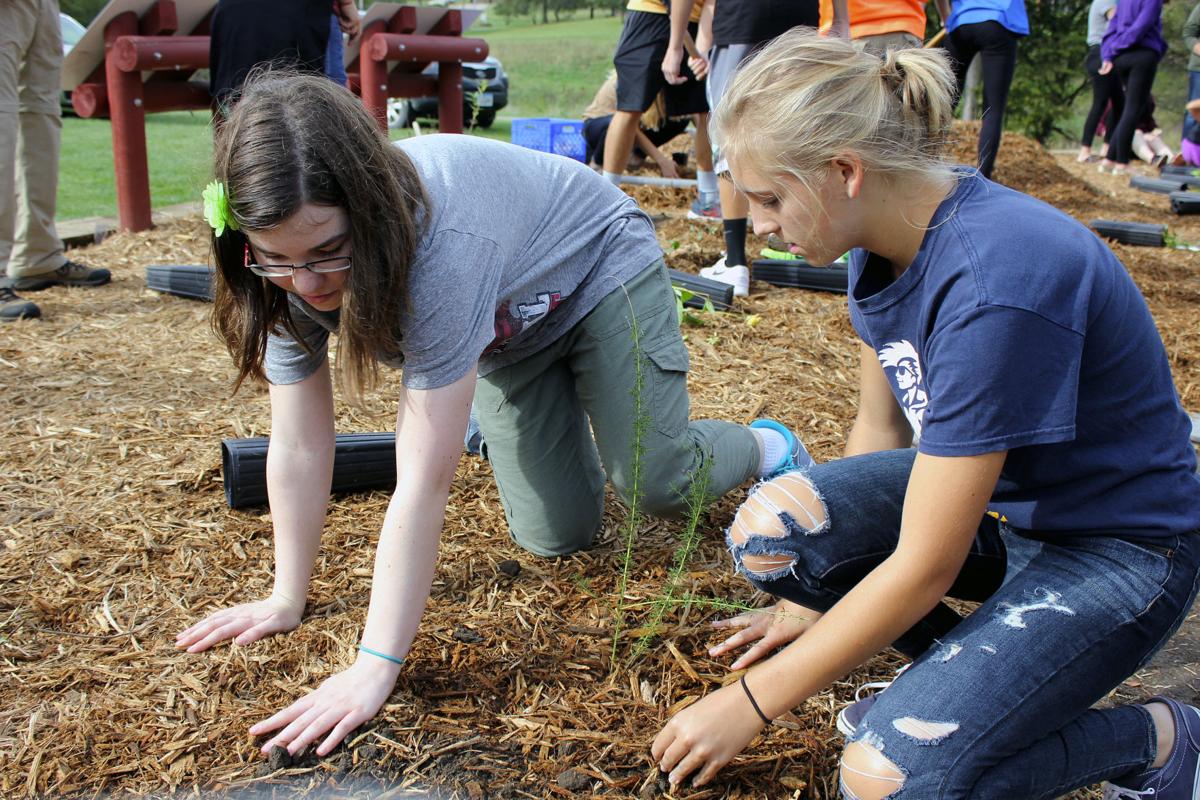 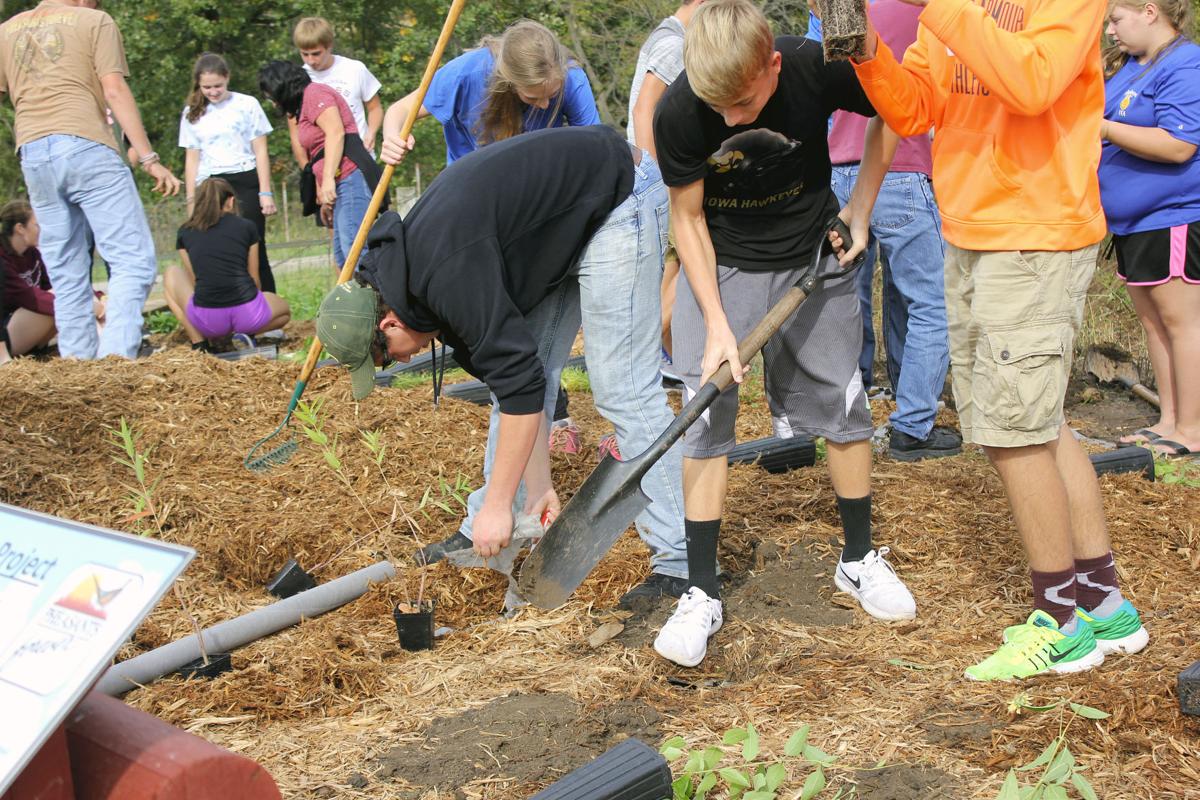 Blonde male student digs a new hole while boys left and right prepare and place the plants. Girl in blue tee shirt in back can be seen raking mulch.

Blonde male student digs a new hole while boys left and right prepare and place the plants. Girl in blue tee shirt in back can be seen raking mulch.

They were directed by science teacher Mike Goudy of Oskaloosa Senior High School and Lynne Cambell of Iowa State University. It seems it originated with one of Goudy's AP classes, but some students joined in from another teacher's class at OHS upon hearing about the project. Their objective was to fill a terrace of roughly three car lengths with the types of plants specially suited for some of man's winged friends: monarch butterflys and bees.

“Okay will some of you guys come back help carry these over please?” said Cambell as she began to pull trays of plants from the back of her van and hand them off to students. The teens started lining the potted plants all up in rows on top of the mulch; some of them going back for additional trips while others commenced digging. A group of three boys started jumping on shovels at the south end, and a group of girls starting digging to the north, while one girl started raking over mulch in the center. The rest seemed to await instruction. Cambell and Goudy were more than occupied, moving through the crowd to give directions to the more unsure of students until the project picked up steam.

After all the students found their tasks Mr. Goudy was able to pause for a second and give more details. “Right now there's a decline in the pollinator butterfly, or all the insects that we need to really have around bees in particular,” he said. “We're planting what are called pollinator nectar plants or pollen plants...”

“They're natural native prairie plants, which are the species that bring those here," said Goudy. "The big project is called 'Monarch Waystation'. The goal is to encourage the monarchs to be able to migrate through here so they'll lay eggs.”

Apparently the terrace, which is between OHS and the recreation trail, originally started as an Eagle Scout project. The Oskaloosa High School Pheasants Forever group is maintaining it. That is, according to one OHS staff member. “I think it was a boy scout project originally, and Pheasants forever, but we did the mulching to prepare for this, a student said while leaning over her shovel.

An associate of Cambell and Goudy gave a back story. “Mike was telling me about all the plants they were bringing in... I think it's close to fifty. See, I think originally he was thinking fifteen... you know, like they were talking and he heard fifteen.” she said. The 50 figure couldn't be verified for sure, however, the amount of plants on the ground was certainly more than fifteen. “I guess he ran into her a couple weeks ago and they got to talking,” the associate said, “She just mentioned she had all these plants, and he had this space... So it's worked out good.”

— Herald staff writer Luke VanDerPol can be reached at lukevan@oskyherald.com