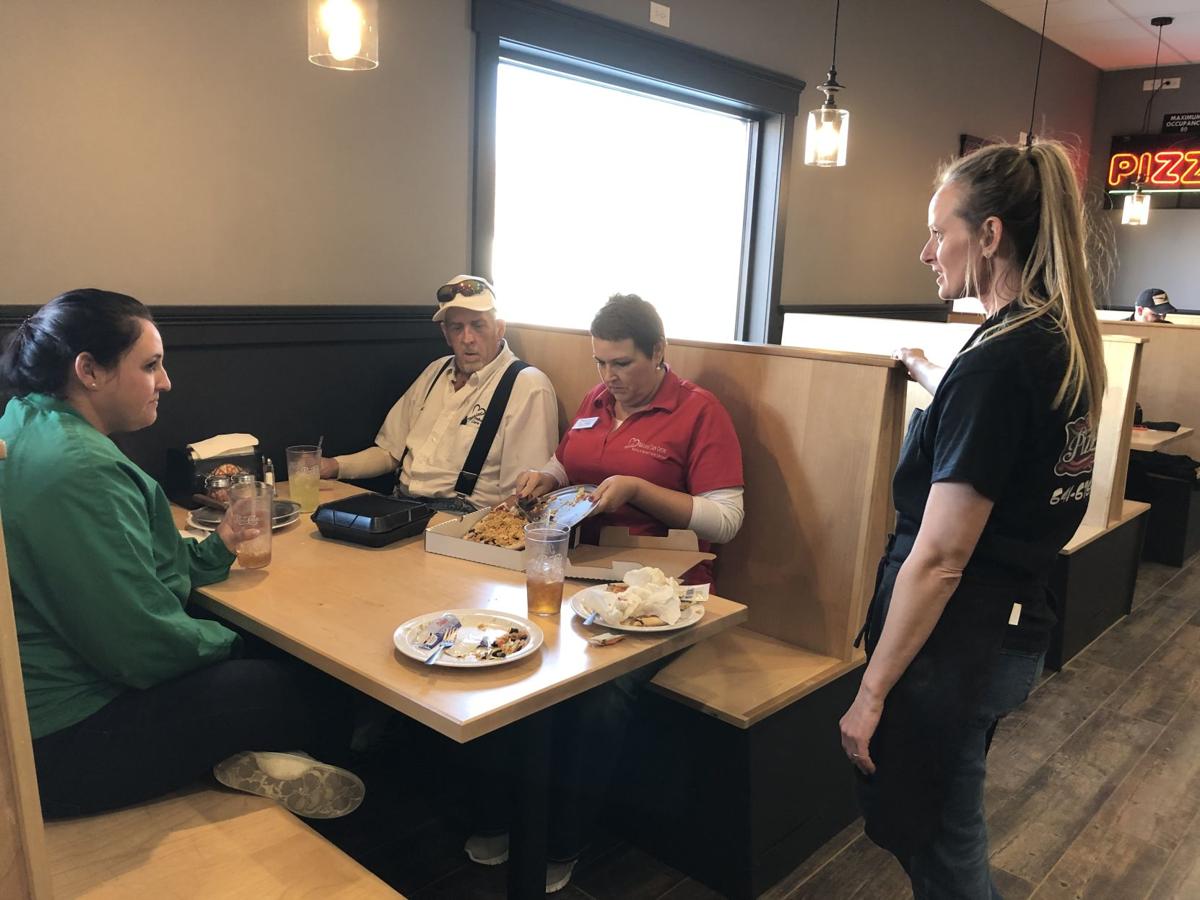 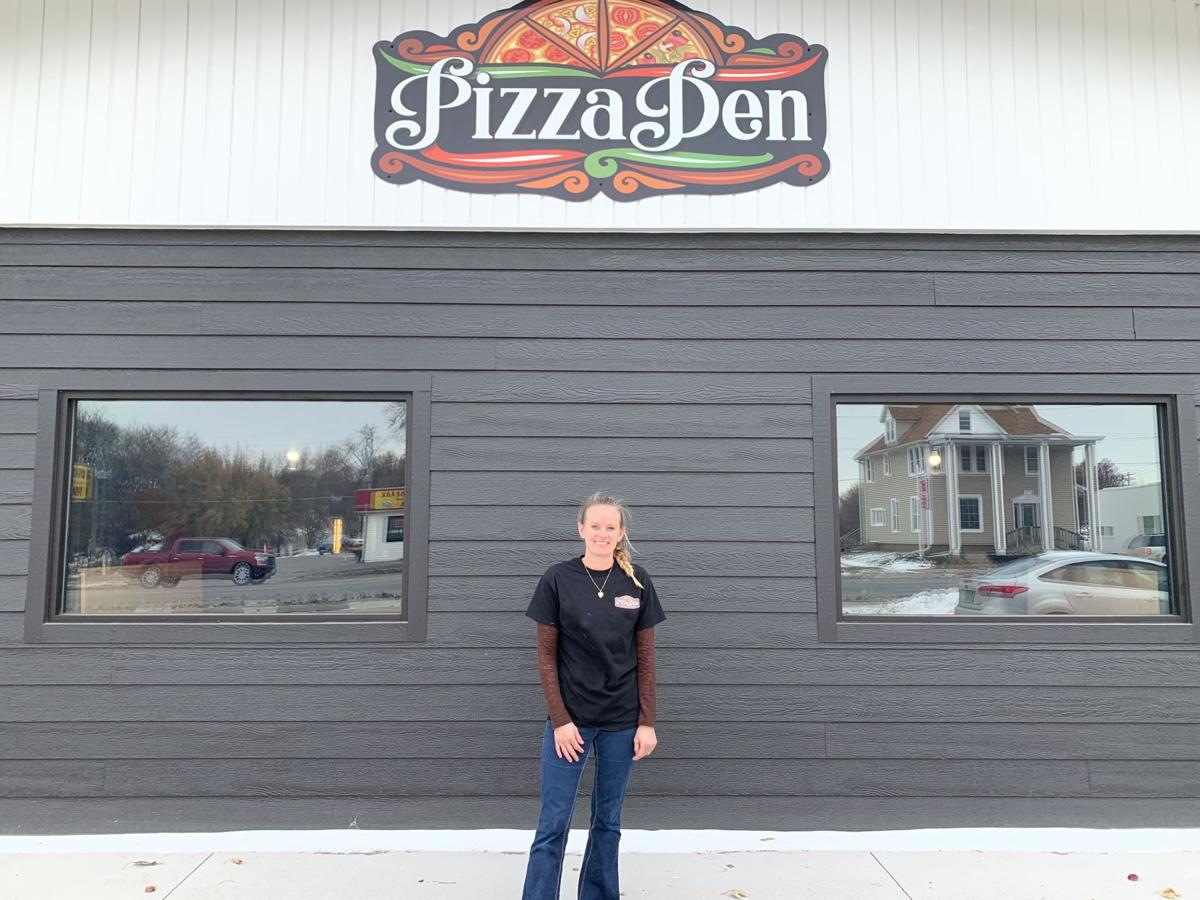 OSKALOOSA – There is a new pizza restaurant in town and it’s only been here a month, but pizza lovers from all over are raving about it.

Pizza Den sits on the site of the old Champlin gas station. After 30 years of being unoccupied, the site was run down and in need of a new owner. Co-owner of Pizza Den, Misty Vandewall of Rose Hill, saw that run down gas station one day while at work and had a vision.

“Oskaloosa has been needing more restaurants for a long time now and I saw this building and had a vision. I feel like we brought a new life to this side of town.”

Vandewall said since opening day the customers that dine in at the establishment are amazed by the remodel and are thrilled to have a new business in the area. She also spoke of how supportive and receiving e the Oskaloosa community has been of Pizza Den.

“I think that this has been a remarkable remodel like considering that this [side of] town was dead and now we’ve kind of brought life back to this corner of town, like said this building has looked run down for 30 years,” she said. “So by us bringing something to the community and hoping that the community supports it, I think, yeah, a lot of people think we’ve done a beautiful job with the place.”

Community members and pizza lovers from all over appreciate the inviting and warmth of the restaurant, not to mention to one of a kind pizzas. Because of this, Vandewall has not had to do any advertising. Business has been booming there off of word of mouth alone.

“We’ve done pretty good. Of course, the first two weeks are your biggest. It seems like because everybody wants to try it, but we are having a lot of repeat customers and that’s what you want. So that’s a good thing,” she said. “We have people out of Grinnell coming, Pella, Sigourney, What Cheer, so people are coming. I haven’t done any advertisement, it was just we turned on the on light and people just started coming.”

Repeat customer Tina Steffen is walking proof of how customers are boasting and raving all over town about the restaurant.

“The atmosphere is great, the staff is great. It’s wonderful in here, I’m glad we have it,” said Steffan. “You can never have enough pizza places. We’ve been bragging about it to our kids out of town and that’s why they’re here.”

First time diner and daughter of Steffen, Payten Knowles, traveled from Rose Hill to give Pizza Den a try. Knowles really enjoyed the environment and said her pizza was wonderful.

“I really liked the environment and the pizza was wonderful. I had the taco pizza and the crust was good; it’s homemade. The toppings were good. It was delicious.”

Knowles said the best thing about the pizza at Pizza Den is the crust. Steffen and Knowles both agreed that if asked they’d rate the restaurant a 10 out of 10.

Vandewall and her sales consultant, Mike Markey from Cash-Wa a food service distributor, got together and constructed every item on the menu.

Markey actually brought in frozen crust for them to test out on the pizza and although it was good, Vandewall was more sold on making it herself.

Now if you aren’t a big fan of pizza, don’t fret. Pizza isn’t the only thing on the menu at Pizza Den.

“My menu was inspired and based on what pizza restaurants offer in today’s world,” said Vandewall. “We do offer wings, sandwiches, pasta, and salads.

Whether you want to dine in or order carryout, Vandewall said Pizza Den has you covered. They also have a party area available by reservation only.

“We do have dine in and we also offer carry out. We also have a back party room that can be reserved, just call ahead please. We also offer a great, friendly staff and a great atmosphere.”

Tiffany McDaniel can be reached at tmcdaniel@oskyherald.com or on Twitter @tmcdaniel_osky.